Gastown isn't just Vancouver's oldest district, it's one of the city's most atmospheric and interesting too. From designer retail stores to restaurants and nightlife, Gastown is the Vancouver neighbourhood you'll return to again and again. 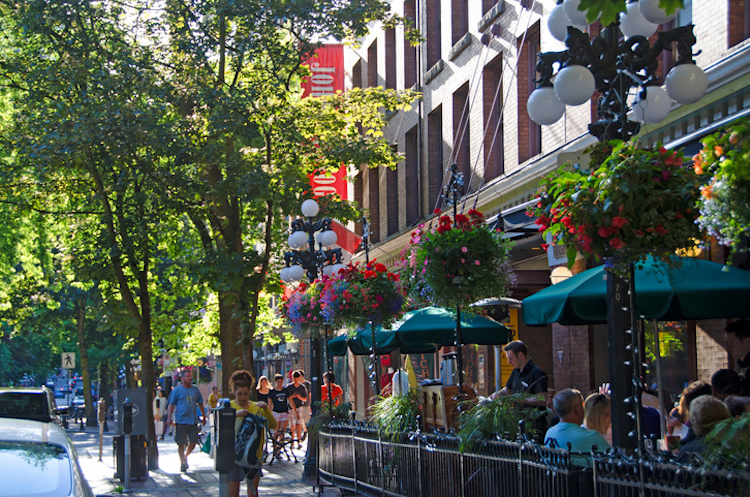 According to local legend, talkative Yorkshireman Jack Deighton rowed ashore here in a whiskey barrel in the 1860s, and promptly opened a tavern in the compact settlement that was the forerunner of modern Vancouver. 'Gassy' Jack is still here – immortalised as a bronze statue standing on his barrel – and the city's most historic area is still a popular drinking spot. Just a short walk from Vancouver Harbour, other 21st century Gastown attractions include good shopping and restaurants, and one of Canada's most surprising museums.

Modelled after London's Big Ben, Gastown's Steam Clock toots, whistles and emits steam every 15 minutes, and is a quirky addition to the heritage ambience of Gastown. It's also a handy meeting place if you get separated from travelling companions amid the area's maze of eating, drinking and shopping.

If you're a fan of TV shows like CSI or The Wire, check out the Vancouver Police Museum where the compelling collection includes confiscated weapons, counterfeit currency and the city's original autopsy room. During summer months, the museum’s Sins of the City walking tour uncovers stories of crime and vice around the surrounding streets. Named after the size of the original Gastown settlement that kickstarted Vancouver in 1867, Six Acres' compact brick-lined interior is perfect for a leisurely lunch or for classic cocktails later at night. Good luck choosing from the sprawling international beer list secreted within the covers of old books! 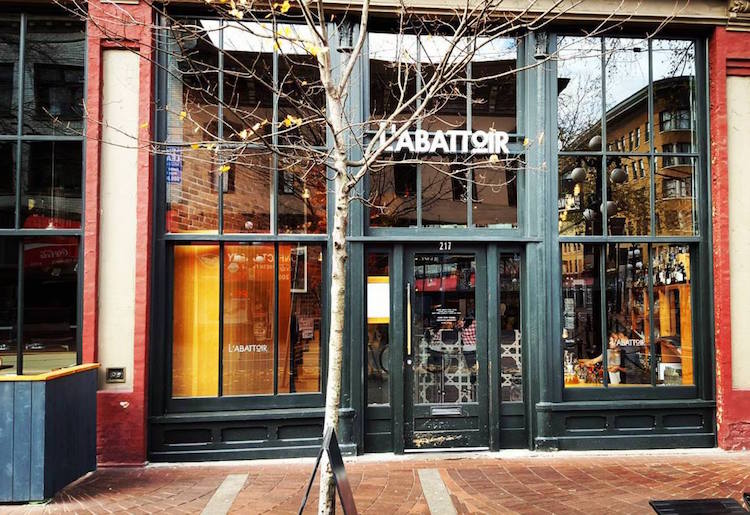 Pacific Northwest produce cooked with a French twist is teamed with an excellent wine list covering Canada, the United States and France. Upstairs is more quiet and intimate, and perfect for Pacific oysters with garlic butter and truffles, or smoked duck breast with huckleberries (similar to blueberries). If you're hitting the shops in Gastown, L'Abattoir's crepes with ricotta and lemon zest are a good brunch option.

Craft beers from around British Columbia, Canada and the rest of the world feature at this excellent bar hugging the railway tracks on Gastown's northeastern edge. Check their website for what's currently pouring on the 50 taps, and pair a tasting flight of four beers with cheese and charcuterie plates from local BC producers.

Harnessing grapes from British Columbia's Okanagan Valley, around four hours east of Vancouver, this small batch winery is housed in Gastown's 90 year-old Settlement Building. With Postmark Brewing and the excellent Belgard Kitchen at the same location, it's a good spot to spend an afternoon or evening if Vancouver's occasional rain drifts in from the Salish Sea. 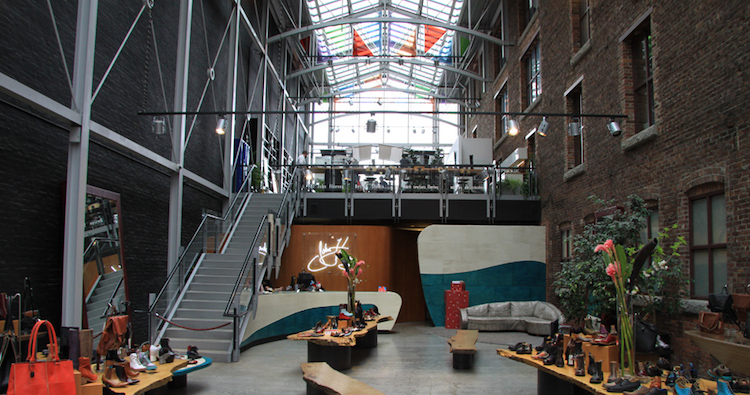 “Providing unique soles for unique souls since 1970” is the tag line for this internationally-renowned Vancouver shoe designer and his cavernous flagship Gastown store is a shrine to well-heeled creativity. Through recent decades, musicians including Madonna and Jack White have flown the Fluevog flag, and almost 50 years on, the company's designs remain colourful and creative. Sculpture, painting, glassworks and jewellery all feature at this excellent gallery featuring the work of indigenous First Nations and Inuit artists and craftspeople. Many pieces are inspired by traditional legends and infused with the region's bold landscapes, and while prices aren't cheap, quality and authenticity is assured and curious browsers are still welcome.

Indigenous First Nations craftspeople are joined by Canadian designers of other backgrounds at this store showcasing the work of over 100 artists. Pendants, bracelets, earrings and rings are crafted in amber, jade, silver and ammolite, an opal-like stone found in the Rocky Mountains, and more affordable prices begin at around $75.

Providing contemporary and sometimes avant garde balance to Gastown's occasional cobblestoned heritage overkill, events at the Firehall Arts Centre provide a fine evening segue before kicking on the Gastown's late night bars and clubs. Shows at the compact 150-seat venue could include theatre, dance or music, and most events are written, performed and directed by local Vancouver artists.