5 don't-miss things to do on the Vietnam coast

Vietnam is a country of contrasts. You’ll find serenity on its beaches and unmatched chaos on its inner city streets. Some parts cling to old festivals and traditions while others compete in the never-ending architectural race towards the sky. Whatever you do in Vietnam, the
sights and smells of this fascinating country are bound to stay with you for a long time, and a trip along the coastline will take you through some of the most diverse spots on offer. Here are some of the most unforgettable experiences to be had along the Vietnam coast.

Dare to jump on a scooter in Hanoi

If there’s any image synonymous with life in Hanoi it’s that of a scooter rider hurtling at breakneck speed alongside 200 other scooter riders. There are five million scooters and motorbikes in Vietnam’s capital city, and they can often be spotted carrying fridges, livestock, and even entire families, complete with small children dangling their feet perilously close to the road whizzing by below. You can spot Hanoi locals and their two-wheeled rides darting gracefully in between cars on main highways, or racing through the narrow inner city streets of the old quarter, ready to flatten any unsuspecting pedestrians.

Game for the ride of your life? Buy or rent a good helmet, wear protective clothing, make sure your insurance covers you, and stay with the pack. If you can’t quite justify the risk of hopping behind the throttle, simply seeing Hanoi on foot can be just as perilously thrilling. You could spend half a lifetime at the kerb waiting for a break in traffic, so simply look at where you want to go, walk in a straight line, and wait for the hordes to dodge you. 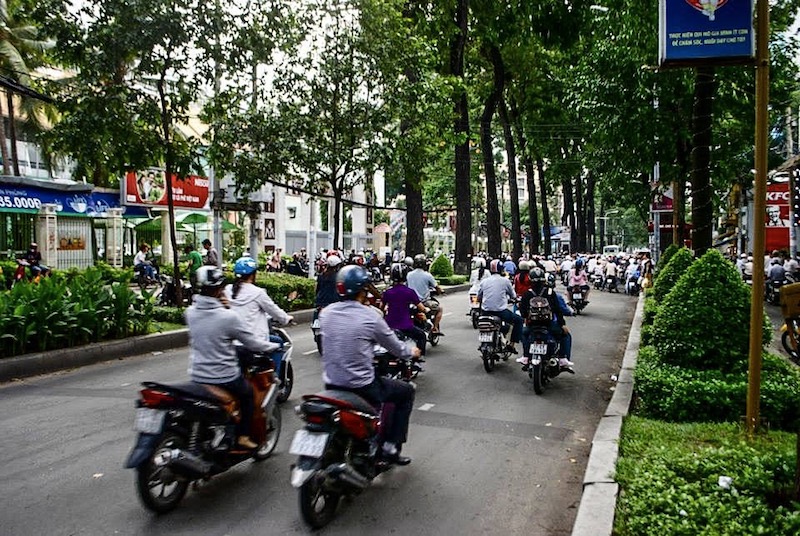 Take a cruise on Halong Bay

Drifting silently under gargantuan limestone towers at sunrise, exploring caves and fishing for squid in the black of night. This is what makes a trip to Halong Bay so special, and why five million people flock to the World Heritage Site every year. Whether you choose a five star luxury liner or a barely-floating junk, options abound for every budget. Fortunately no matter what your price range, the view remains the same. Emerald waters lap the edges of forest-topped islets, some boast tiny beaches at the base that can be explored.

Many cruises offer trips to Halong Bay’s magnificent and extravagantly lit caves, the chance to go out on your own in a kayak, or take part in a rowdy night-time karaoke session - so make sure you pick the option that’s perfect for you. Want to help preserve the beauty of Halong Bay against the rising tide of rubbish? Do your research and book with an
environmentally friendly cruising company. 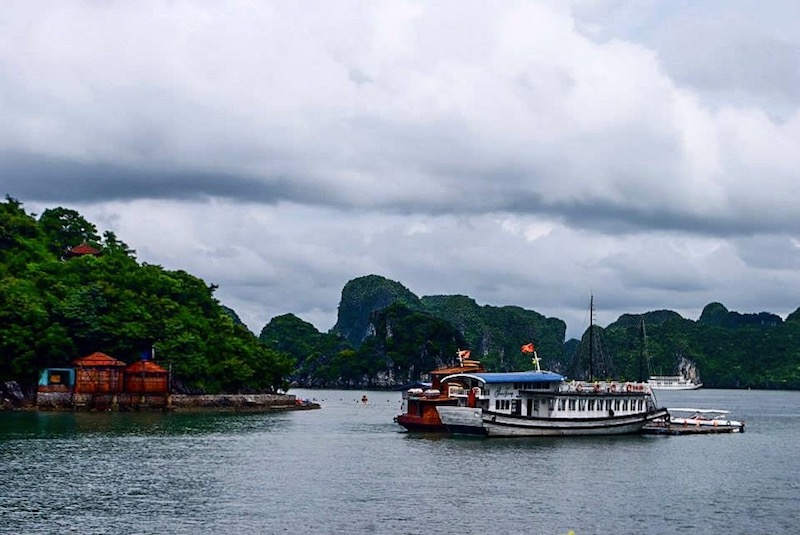 Feast for days in Hoi An

Worlds away from the racket of big city Vietnam lies historic Hoi An, the riverside town full of colour and culinary delights. Although the tourist numbers have increased in recent years, Hoi An still retains the 15th century charm that earned it UNESCO status in 1985. Ramshackle wooden buildings remain largely unchanged since Hoi An’s boom days as a trading port, and the cuisine reflects the many nationalities who settled there. There’s no food fresher than what you’ll find in Vietnam, and given Hoi An is widely considered to be
the country’s food capital, you may as well get stuck in and try everything you can manage. Learn to make your own rice paper rolls at a cooking class or prowl the alleys for the best street barbeque once the sun goes down. If you can, time your trip with a full moon so you can experience the wonder of Hoi An’s monthly Lantern Festival, where hundreds of flickering lanterns are sent floating down the river fo good luck. 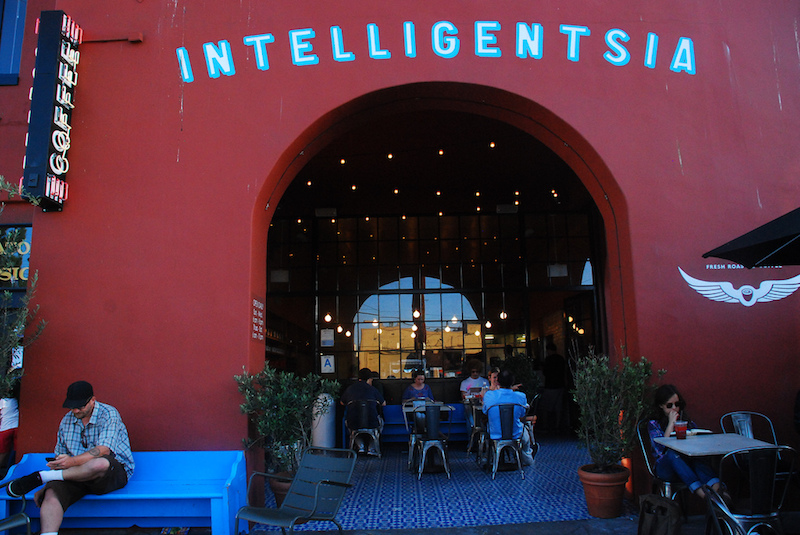 A favourite with night-owls and sun-seekers alike, Nha Trang is the ultimate destination for those who like a touch of hedonism with their long sandy beaches. Nha Trang bars and restaurants cater to a growing number of Russian tourists, so you can easily grab a bite of borscht along with your banh mi on the late-night stumble home. But it’s not all tanning and tequila, the South China Sea is also a great spot for diving or snorkeling. Putt out in an open sided boat for a day of searching for colourful starfish, trumpet fish and of course clownfish before retiring for a traditional Vietnamese lunch on the boat’s deck. Adrenaline junkies can head to the novelty wonderland that is Vinpearl Land, a gloriously tacky island theme park accessed by the world’s longest over-ocean cable car. 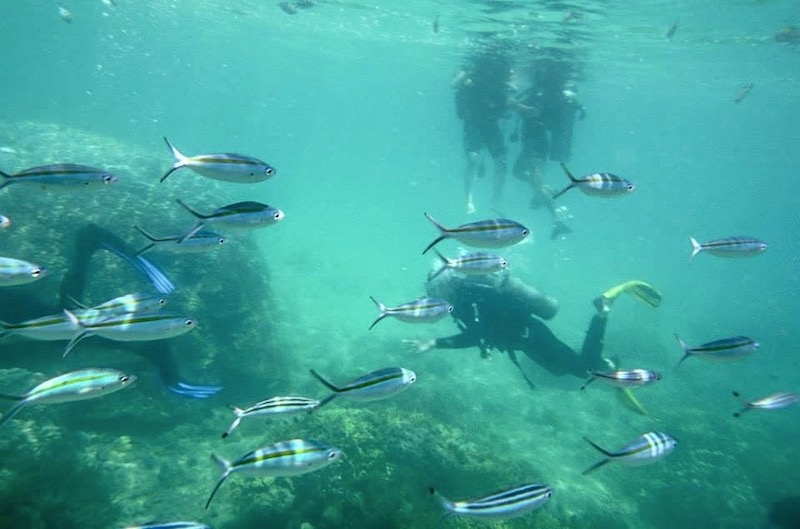 Learn about the Vietnam War in Ho Chi Minh City

There are few experiences as confronting as a day at the Cu Chi tunnels, an hour’s drive north of Ho Chi Minh City. In fact, tourists only get to see a tiny portion of the vast network of tunnels used by Viet Cong soldiers during the Vietnam War. Much of the tourist-accessible tunnel maze has been made wider and taller for the benefit of visitors, but there are still some tiny trapdoors that can be squeezed through should you want to experience the full
claustrophobia-inducing horror that was part of daily life for Vietnamese fighters.

In the centre of Ho Chi Minh City is the War Remnants Museum, which features a large array of military equipment and a sobering collection of photo exhibits from the war itself and the horrific aftereffects of Agent Orange. The displays are incredibly graphic and shocking, so if you need a reminder that Vietnam has bounced back, head up the Bitexco Tower for the best view of this ever-growing and dynamic city. 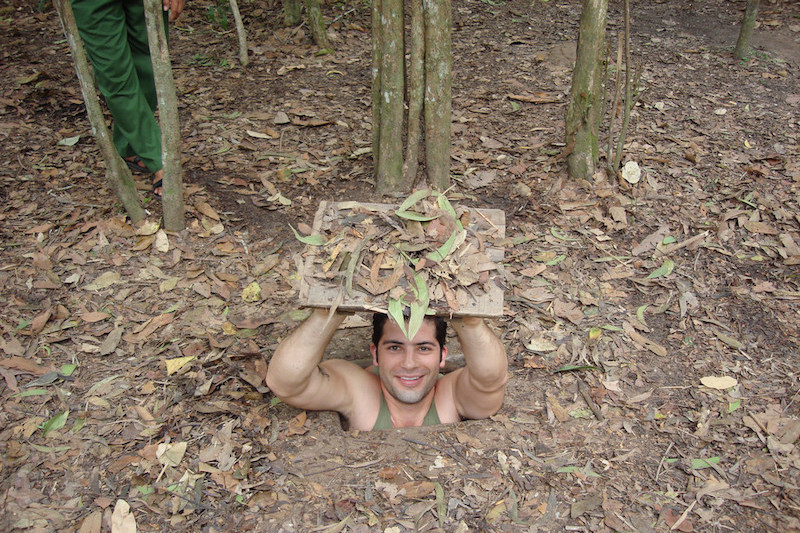