Beyond the undoubted appeal of Hawai'i's beaches, America's island state offers many other opportunities for outdoor thrills and adventure. Journey beyond Honolulu and Oahu and get active amid the more authentic and traditional Hawaiian ambience on the islands of Maui and Hawai’i (the 'Big Island'). 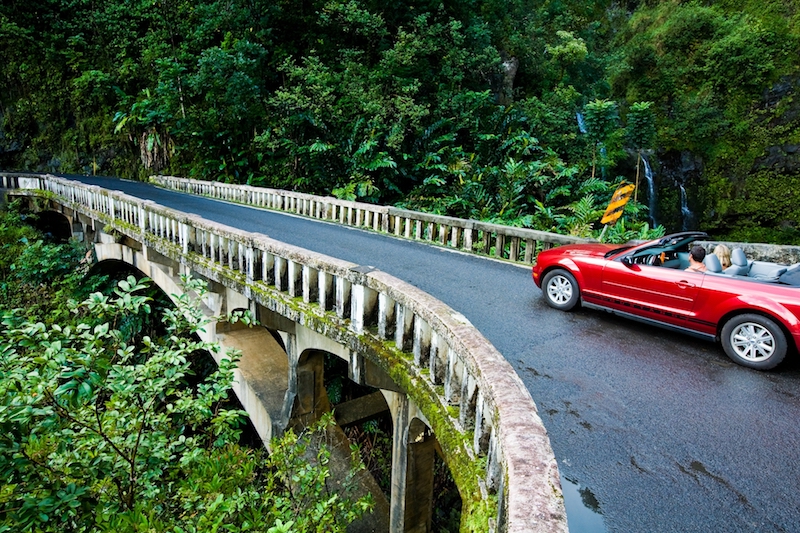 Discovering the road to Hana

New Zealand travellers love a good road trip, and the stunning road to Hana on the northeastern coast of Maui is one of Hawai'i's best. Pick up a rental car at Kahului airport and negotiate more than 600 turns and 50 one-way bridges on a 70-km journey, taking in sweeping surf beaches, soaring bamboo forests and waterfalls reachable only by verdant, meandering hikes. Driving straight through takes around two hours, but the best option is to expand the experience to a full day and detour to oceanfront Hawaiian villages like Ke'anae to fill up on Aunt Sandy's world famous banana bread. Spend the night in sleepy Hana – ask the locals about the secret swimming hole on the outskirts of town – before returning west refreshed by honey and macadamia ice-cream from Coconut Glen's Ice Cream shack. 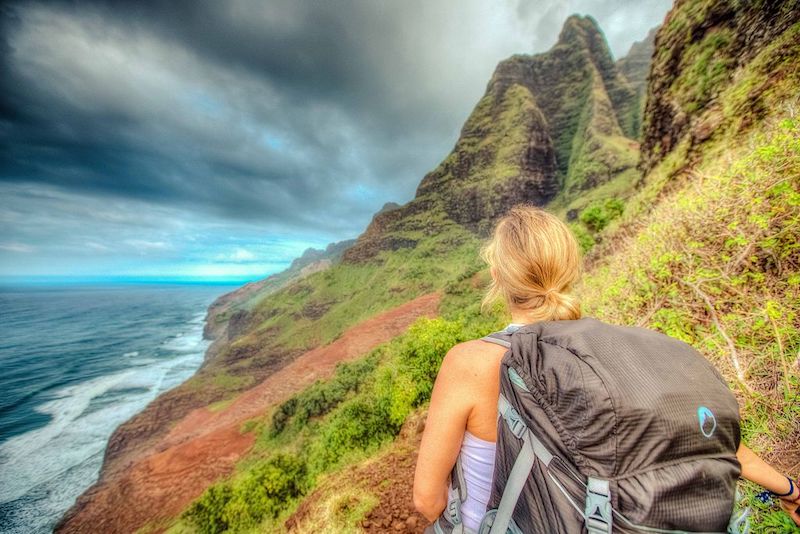 The least developed of Hawai'i's main islands is a place of lush, primeval landscapes, still in a near-pristine state. The spectacular tropical rainforest that blankets most of the island has earned Kaua'i the nickname “The Garden Isle”; if you're a tramper or keen walker, this is the island for you. Hiking options range from the gentle – like the flat, paved Kaua'i Path that snakes around the coastline – to the moderate (try the 6.5km round-trip up and across the 'chest' of the famous Sleeping Giant mountain), to the full-on – the gruelling but glorious Kalalau Trail is not for the faint-hearted. And don't miss the simply stunning Waimea Canyon, known as “The Grand Canyon of the Pacific”. Make the trek to the lookout – and prepare to be blown away. 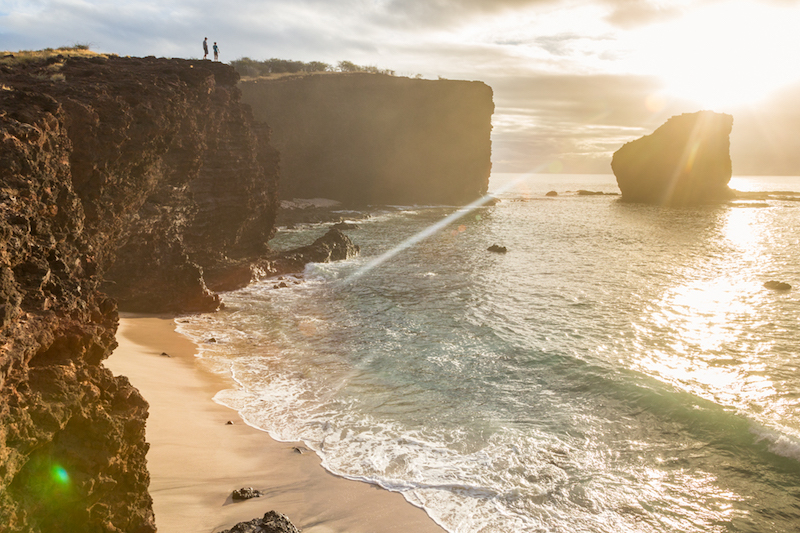 Sailing by catamaran from Lahaina to Lanai

Catch an early start from Lahaina harbour on the island of Maui and journey by catamaran to Lanai. Privately owned by Oracle boss Larry Ellison (for New Zealand travellers, there's definitely a post-America's Cup thrill when berthing at Lanai's compact harbour), day trips on the island include snorkelling from the sandy arc of Hulupo'e Beach, and negotiating coastal walking tracks to nearby Puu Pehe (Sweetheart Rock). Steeped in local folklore, the spectacular outcrop is reputedly where a grief-stricken Hawaiian warrior leapt to his death after his lover drowned in a sea cave at the base of the rock. Nowadays, it’s a great place to take in coastal views. Look forward to Mai Tai cocktails and Hawaiian craft beers as the Trilogy sails an early evening beat back to Lahaina. 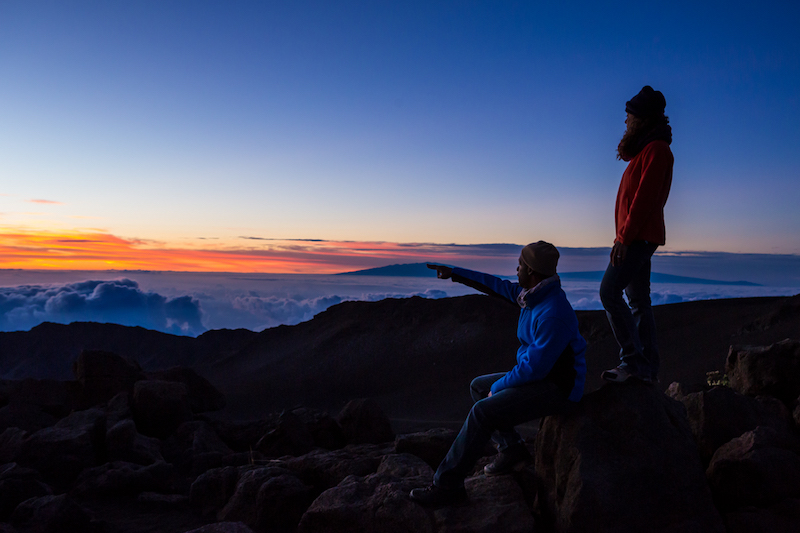 Sunset and stargazing atop Mt Haleakalā

Ancient Hawaiians called Mt Haleakalā – the huge shield volcano which dominates Maui's southeastern flanks – the 'House of the Sun', and in modern times, it’s an equally apt descriptor. Join a sunset stargazing trip to arrive on the peak in time to experience the rapid onset of a Hawaiian dusk where visitors to the 3,055m summit are often high above the clouds. But wrap up warm as temperatures can plummet after sunset. To maximise the impact of observing the night sky amid some of the planet's cleanest air, stargazing tours take place in more remote locations on the mountain with minimal ambient light. Compact but powerful telescopes take in an after-dark celestial show, often including the planetary thrills of Jupiter and its moons, the rings of Saturn and the Milky Way. 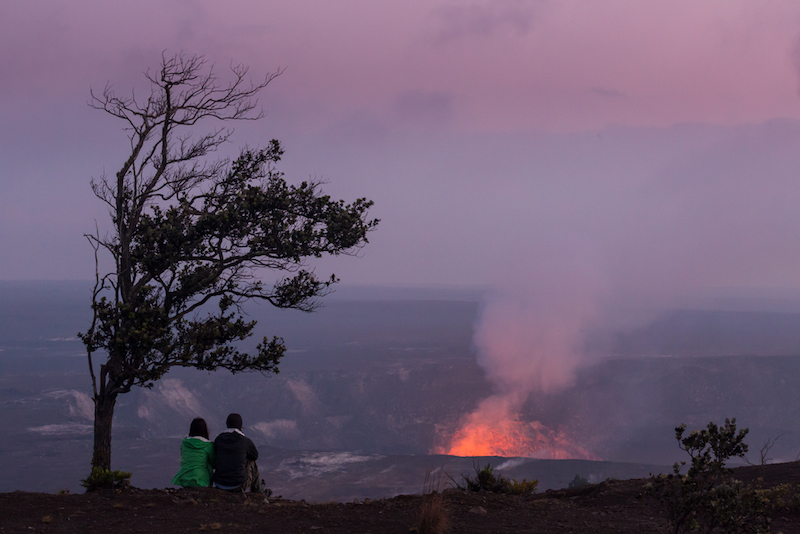 Exploring the Chain of Craters Road, the Island of Hawai’i

Across on the Island of Hawai’i (the 'Big Island'), it's Mt Kilauea which dominates the island's southeastern region. From the still-active crater of the volcano, it's a fascinating drive along the Chain of Craters Road through the Hawai'i Volcanoes National Park to the wild South Pacific. Stay over in the nearby town of Volcano – built right in the mountain's scoria and bush-clad caldera – and get an early start to explore the steaming fumaroles of Kilauea's main crater. Then continue a further 35 km to the remote Holei Sea Arch. En route, discover the interior of the spectacular Thurston Lava Tube, negotiate hiking tracks through expansive and exposed lava fields, and observe forested craters forged from many centuries of ongoing volcanic activity.