Tucked into South America's Pacific coast between Peru and Colombia, Ecuador is home to beautifully preserved historic cities and a landscape that encompasses Amazonian jungle, Andean highlands and some of the continent's best beaches. Ecuador is also officially the most biodiverse nation on earth. Visitors can experience fantastic flora and fauna all over the country, but especially in the amazing Galapagos Islands, an Ecuadorean province 1000km offshore. If you're considering a visit, here's where to go.

A vicuña, a relative of the llama species, in front of the Chimborazo volcano, Ecuador. Photo: David Torres Costales / @DavoTC

Ecuador's capital city is almost certain to be where you touch down in the country, and if you're wise you'll stay put for at least a few days. Nestled among the Andes at 2808m above sea level, Quito is the world's highest capital city. Give yourself at least 48 hours to adjust to the extreme altitude and you'll feel a lot better when you venture forth to explore.

But the altitude is far from the only reason to spend some time in Quito. Built on the remains of an ancient centre of the Incan Empire, Ecuador's capital is today one of the most historic and attractive major cities in all of South America. Packed with Spanish colonial buildings dating back to the 16th century, Quito's Old Town is so outstandingly well-preserved that it was the first urban area to be recognised as a UNESCO World Heritage site back in 1978.

Don't miss the Basílica del Voto Nacional, a vast Neo-Gothic cathedral decorated with gargoyles representing Ecuadorean jungle animals, and the Carondelet Palace, the national seat of government where every Monday morning the President steps out onto the balcony to wave to the crowds and witness the changing of the guard. In the evening, join the crowds on Calle de la Ronda. “La Ronda” is both Quito's oldest street and its most popular night time destination, a family-friendly area replete with the smells of local cooking (try the potato and cheese patties known as llapingachos) and the sounds of live music. 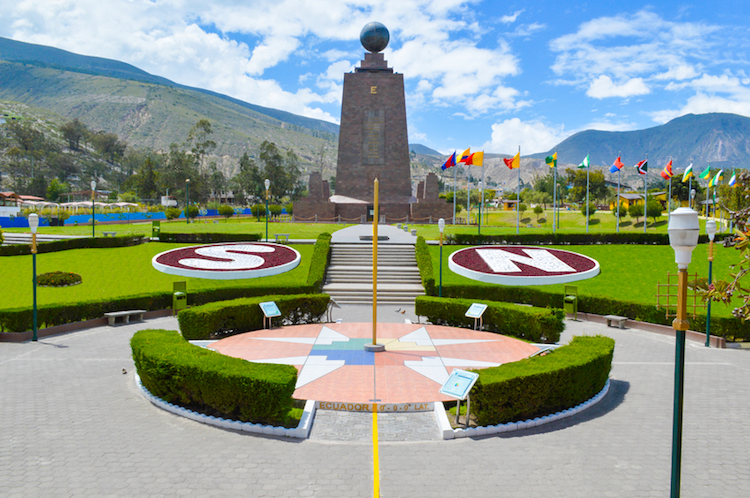 Around an hour and a half by (very cheap) bus from Quito, the Mitad del Mundo (Middle of the World) monument marks the precise location of the equator, from which Ecuador takes its name. Did we say 'precise'? Well, not exactly. The placement of the monument, complete with yellow painted line for photo ops, dates back to 1736 but recent GPS measurements prove it's around 240m off. The true equatorial line runs through the Inti-Ñan Solar Museum, where guides conduct “science experiments” that supposedly demonstrate the special properties of the site – a lot of fun, but best taken with a giant pinch of salt. 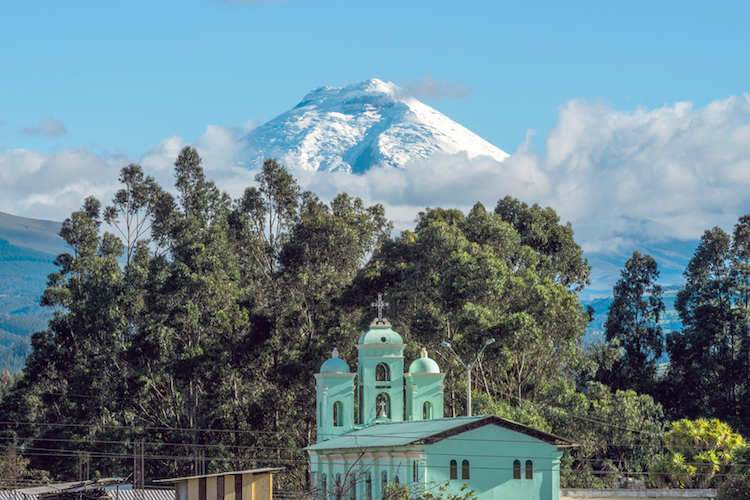 With numerous protected areas and national parks, Ecuador is a wonderful country in which to experience equatorial biodiversity first-hand. The Cotopaxi National Park is the country's largest and most popular nature reserve, and a good choice if you have time to visit only one. Its famous landmark is the Cotopaxi Volcano, among the world's highest active volcanos, and there are numerous day trips and tours from Quito that will take you some of the way up. The surrounding park is home to an abundance of animal life such as pumas, llamas and wolves. 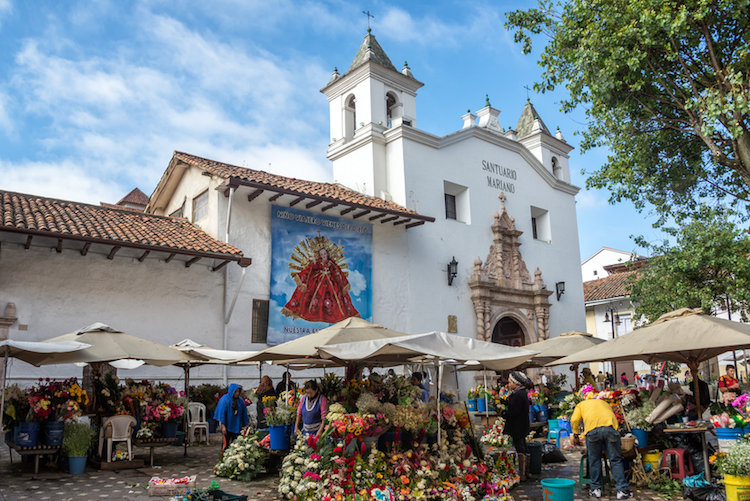 Like Quito, Cuenca is a historic city full of Spanish colonial architecture; like Quito, its central Old Town is a UNESCO World Heritage Site. Where it differs from its bigger brother is in the pace of life, which is a lot more laidback than in the bustling capital – just one of the reasons, along with the excellent climate, that the city has become a favourite destination for American retirees.

Both the 16th century Old Cathedral (now deconsecrated and housing the city museum) and the gorgeous triple-domed New Cathedral are must-visits, and before you leave town you'll want to pick up a genuine Panama hat, known to Ecuadoreans as a sombrero de paja toquilla, or “hat of toquilla straw”. Yes, that's right: Panama hats are actually Ecuadorean – the “Panama” was a bit of clever marketing to appeal to Westerners – and Cuenca is one of the country's main producers. Read up on the different weave qualities, then pay a visit to an established Cuenca hat-maker like Barranco, where there's also a small museum dedicated to the history of this most famous headgear. 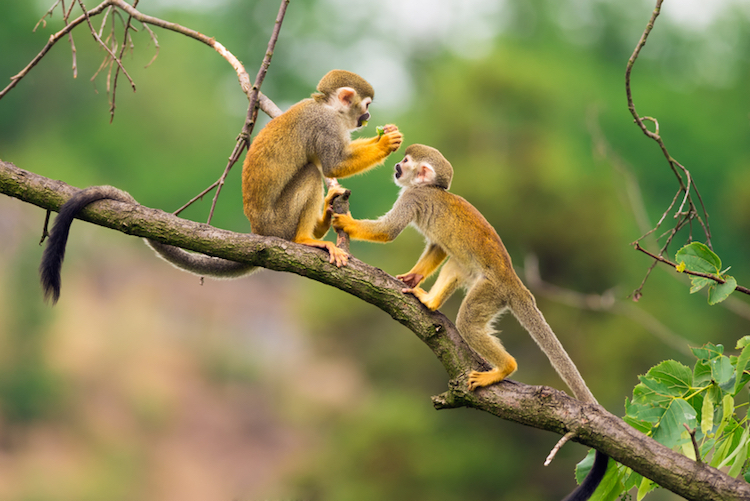 It's home to only a small portion of the 7,500,000 km2 Amazon Basin, but Ecuador is nonetheless an excellent place to experience the Amazonian rainforest first-hand. The country has one of the best rainforest tourism infrastructures in South America, and most lodges are just one (long) day's travel from Quito by bus. As is to be expected, the further into the rainforest you go, the more abundant and diverse the flora and fauna. But even if you only make it as far as Tena, a small town at the entrance to the Amazon Basin, you'll find plenty of opportunities for jungle trekking, whitewater rafting and kayaking, plus monkeys, macaws, bears and jaguars galore. 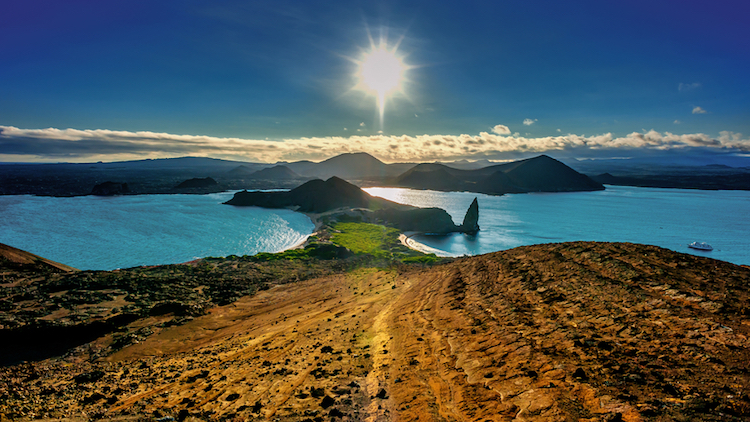 Ecuador's most famous tourist destination, and a fixture on travel bucket lists everywhere, the Galapagos are unlike anywhere else on earth. The islands are not the easiest place to get to, but of course it's exactly that isolation which is responsible for one of the most biodiverse ecosystems in the world. While the giant Galapagos tortoise is probably the best known of the islands' inhabitants, visitors will encounter many other unique species, including marine iguanas, flightless cormorants and bright blue-footed boobies (a kind of marine bird). Flights to the Galapagos Islands' main tourist hub at Santa Cruz depart from Quito, the capital, and from Guayaquil, Ecuador's largest city.