6 Reasons Why Sydney In Winter Is The Best

It's one of the world's greatest cities – and it's right on our doorstep. Sydney is the ideal destination for a midwinter break, whether it's a family holiday or a child-free long weekend. Start planning your next Sydney trip with these cold-weather ideas: 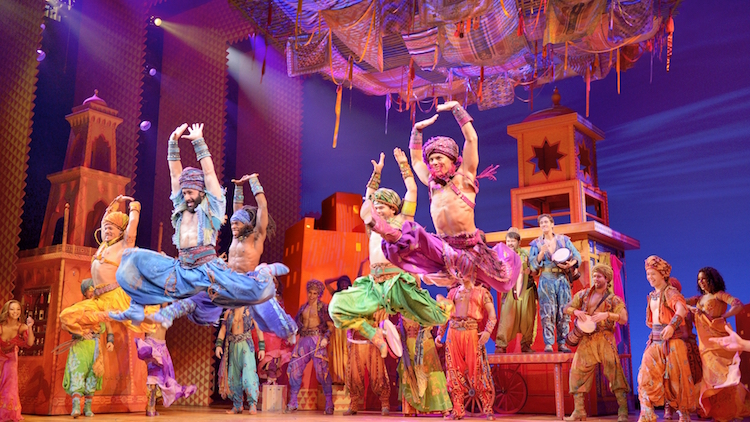 Fresh from its massive success on Broadway, the hit stage show Aladdin the Musical is coming to Sydney this August. Based on the 1992 Disney movie of the same name, this colourful, high-tech production promises classic songs and crowd-pleasing dance numbers – magic for the whole family.

Later that month, the glorious My Fair Lady opens at the Sydney Opera House. In a world first, Dame Julie Andrews directs this version of the musical which made her a Broadway star back in 1956.

And even if you miss out on Eliza Doolittle, do try to see a performance at the world famous Opera House during your visit; this winter's Opera Australia season includes Bizet's Carmen and Mozart's Cosi Fan Tutte.

Animal mad? You're spoilt for choice in Sydney. Taronga Zoo is the city's major and much-loved zoo, home to 350 species and over 4,000 individual animals. Located just 12 minutes by ferry from downtown Sydney, Taronga is a must-do day trip. For a truly memorable visit, stay on after the crowds have gone and bed down amongst the animals on a Roar & Snore sleepover experience, running throughout winter. At Featherdale Wildlife Park in Western Sydney, meanwhile, the focus is on Australian native animals and birds. Always wanted to cuddle a koala? This is your chance!

Then there's Wild Life Sydney Zoo, an interactive, all-weather attraction showcasing Australian animals and habitats, from vicious Tasmanian Devils to tropical butterflies from Queensland. Wild Life Sydney is located next door to the Sydney Aquarium at Darling Harbour – if you're short of time you can easily do both in one day (but get an early start).

For more magnificent animals (this time in their natural habitat), don't forget that winter in Sydney is prime whale watching season. The humpback whale migration takes place each year between April and December, and you'll have a decent chance of spotting a passing pod from cliffs and headlands along the Sydney coastline. To see the whales up close, join one of the many whale watching tours leaving from the Sydney quays each day. Check out www.sydney.com or stop by the Visitor Information Kiosk on Circular Quay for more information. 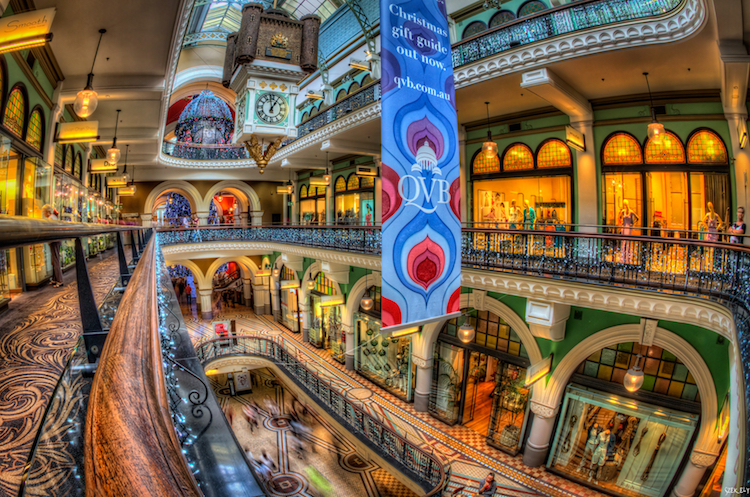 You can't come to Sydney and not spend a day hitting the shops. That's true whenever you visit, but particularly so in winter, when passing downpours can have you scurrying for the mall. What luck, then, that Sydney is home to some of the best retail precincts in Australia. For shopping with a side of history, stop by the city's two 19th century shopping arcades, The Strand and the Queen Victoria Building. Pitt Street Mall, meanwhile, boasts retail galore from local heroes David Jones and Myer to international stars like Zara, Uniqlo and Muji. For independent retail and indigenous arts and crafts, check out The Rocks. A waterfront district of cobblestone laneways and beautifully preserved 18th and 19th century architecture, The Rocks is both the heart of historic Sydney and a great place to dine, drink and shop. 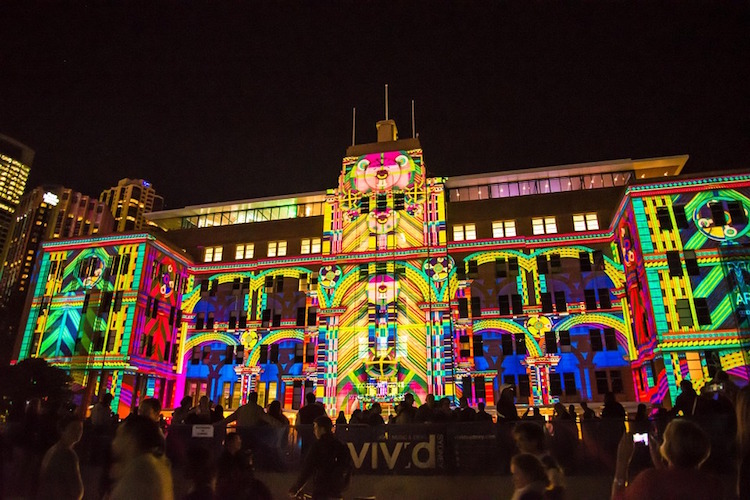 It launched only seven years ago, but the annual festival of outdoor lights known as Vivid Sydney is today the biggest festival of its kind in the world. During this three-week extravaganza of large-scale lighting installations, projections and events, many of Sydney's most iconic structures – including the Opera House and Harbour Bridge – are transformed into illuminated artworks, and sites around the city play host to spellbinding nighttime performances, nearly all of them free. This year's Vivid runs 27 May – 18 June. No time to waste! 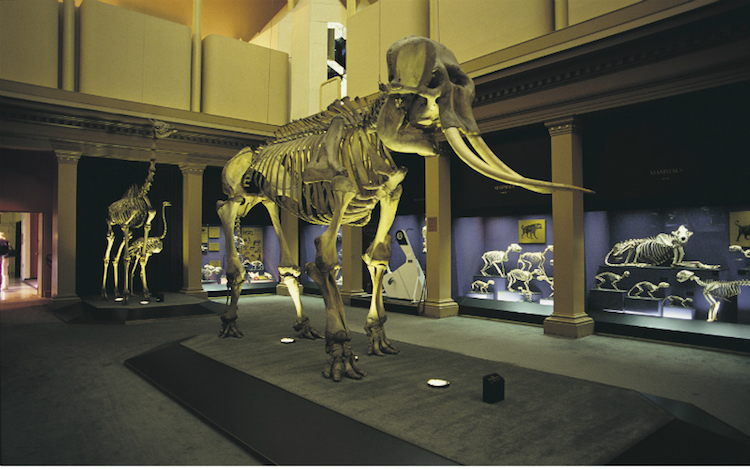 In changeable winter weather, Sydney's excellent museums come into their own. Explore the city's fascinating (and sometimes bloody) history at the Museum of Sydney and the Hyde Park Barracks Museum, one of Australia's 11 World Heritage-listed convict sites. Or try the Powerhouse Museum, packed with hands-on exhibits focusing on science, technology, travel and the decorative arts. Kids love it.

Established in 1827, the Australian Museum is the country's oldest museum, and still one of the best. Permanent exhibitions like the First Australian galleries and dinosaur hall are perennially popular, while the museum's David Attenborough Virtual Reality Experiences – narrated by, and created in conjunction with the legendary naturalist – are currently one of the hottest tickets in town. 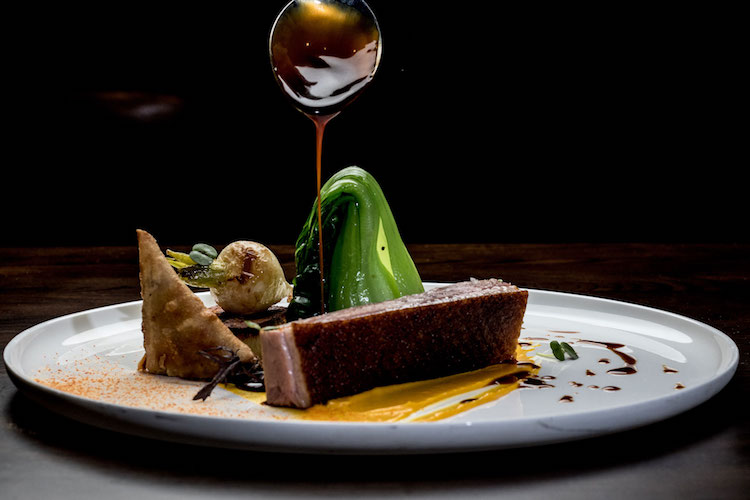 Sydney's dining scene is so exciting and fast-moving it can be impossible to keep up. No one would blame you for giving up entirely and eating solely at old favourites like Bill's (in Bondi, Darlinghurst and Surry Hills), ARIA (at the Sydney Opera House) and Rockpool (near Circular Quay). But if you want to try something new, our suggestions include Sepia or Nel for a blow-out, fine dining experience; Firedoor, Berta or Continental for a memorable bistro-chic meal; and Burger Project, Chicken Institute or El Jannah for a cheap and cheerful feed.