7 Cheap Dishes You Must Try in Hawaii

Beyond the chain restaurants and fast food outlets of Waikiki, Hawaii has a fascinating and delicious food culture to explore. Strongly influenced by its immigrant heritage, Hawaiian cuisine is full of dishes with roots in Asia, Europe and the mainland U.S. – but all with a uniquely Hawaiian twist. Best of all? Many of the islands' most delicious (or as Hawaiians say, onolicious) local foods are surprisingly cheap. 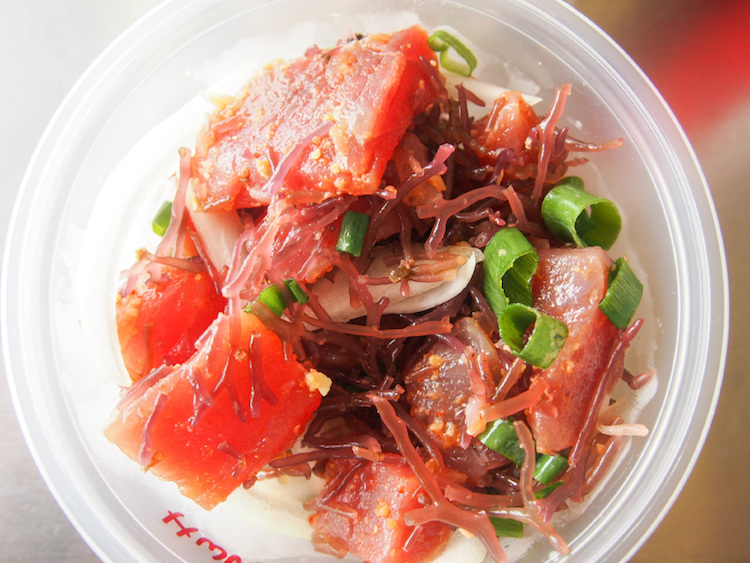 First thing to know: it's pronounced poh-kay. Second: it's a raw fish salad, like a South American ceviche, but with rich soy sauce and sesame oil in place of ceviche's bright citrus flavours. And third: it's everywhere in Hawaii, from high-end restaurants to corner stores. Order as-is for a quick snack, or make it a full meal with a “poke bowl” including rice and avocado. 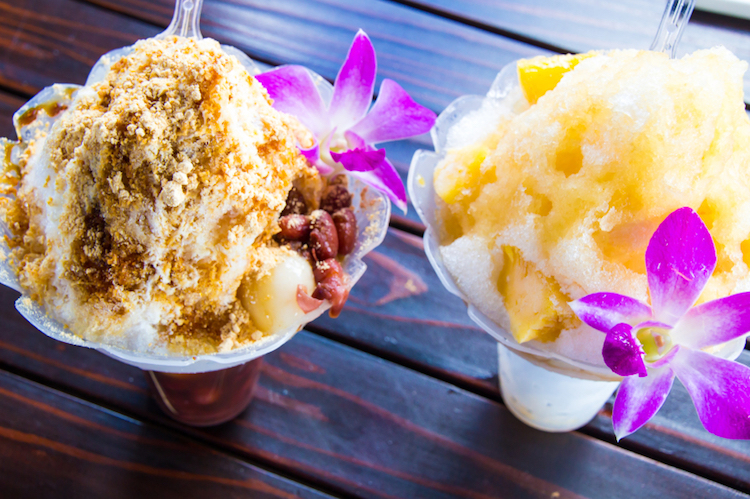 That's “shave ice” - not, you'll notice, “shaved” ice. Imported to Hawaii by Japanese sugar plantation workers at the end of the 18th century, shave ice is super-finely crushed ice soaked in syrup – including local fusion flavours like Tiger's Blood (watermelon, strawberry and coconut) and Matcha Green Tea. Make sure to order some add-ons, which go below your shave ice, not on top. Mochi pieces, locally grown macadamia nuts, and sweet azuki beans are all popular additions. There are shave ice stores in most Hawaiian towns: among the most famous are Matsumoto in Haleiwa on O'ahu's North Shore, and Waiola in Waikiki, where they've been serving shave ice since 1940. 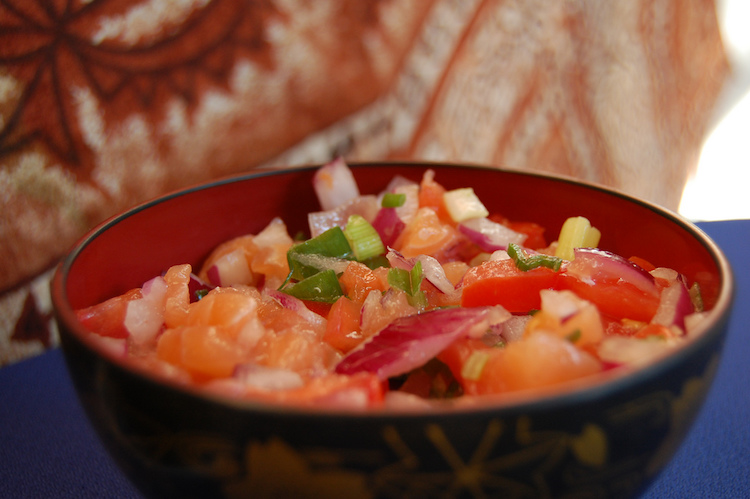 It's said that the idea of salting fish was introduced to the islands by early European sailors, but lomi-lomi salmon – a salad of diced raw salted salmon, tomatoes and sweet Maui onions – has been a Hawaiian fixture for so long it's now considered a native dish. In the Hawaiian language “lomi-lomi” means “to massage”, a reference to the way the salt is rubbed into the fish by hand. 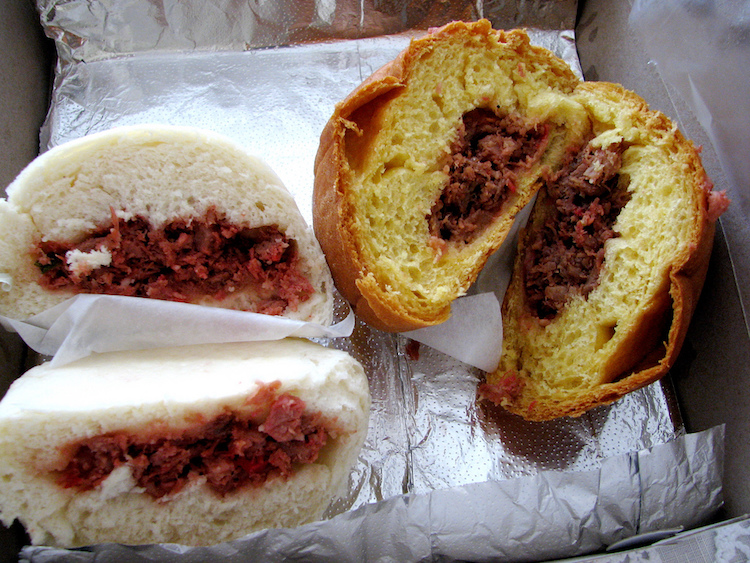 These buns, a popular Hawaiian comfort food, are almost identical to the Chinese steamed pork buns, or char siu bao, you see at Chinese restaurants and dumpling houses. There are two main differences: the use of sesame oil instead of soy sauce in the barbecue pork filling, and their super-size (this is America, after all). Find them at food trucks, food stands and convenience stores all over the islands. 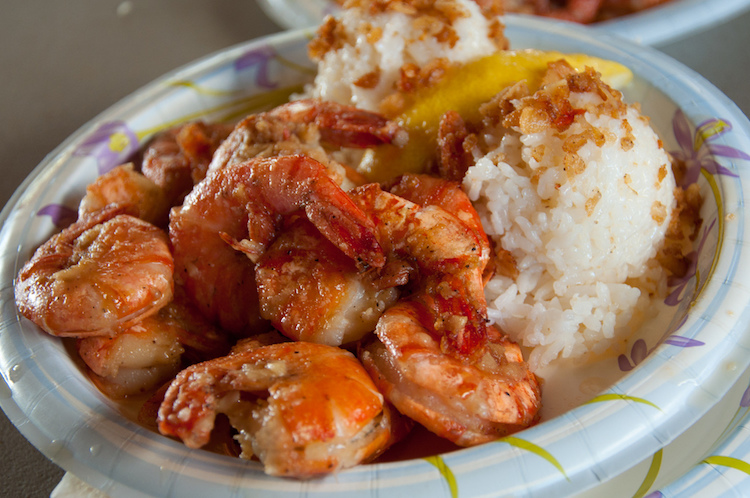 Hawaii has been called the “shrimp capital of the world” and you'll see shrimp (what New Zealanders call prawn) farms hugging the coastline all over the state. The juicy crustaceans pop up regularly on restaurant menus, at excellent prices, but the best way to eat them has to be at a roadside shrimp truck. On O'ahu's North Shore, the legendary graffiti-covered Giovanni's truck dishes out plates of shrimp in a gooey garlic and lemon butter, with rice on the side to soak up the sauce. 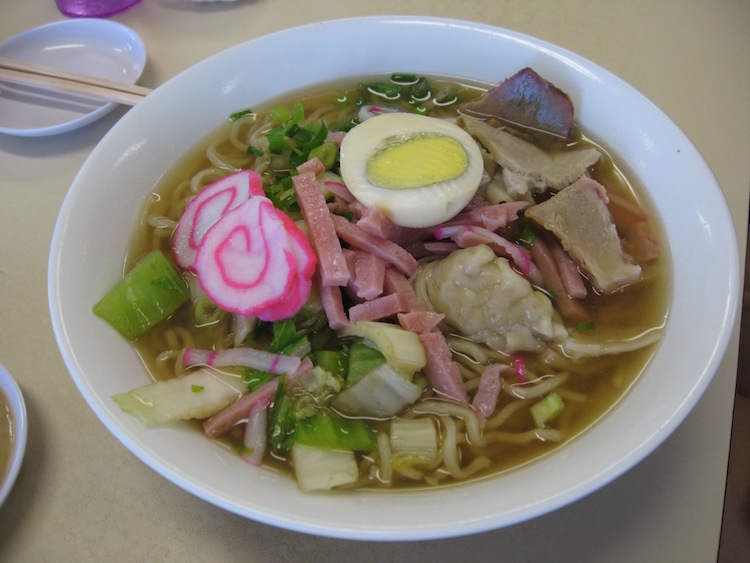 It's often defined as “Hawaiian ramen”, but saimin is more that just an island version of the Japanese noodle soup. This a true cross-cultural mash-up, with Chinese wheat noodles, a thin seafood-flavoured Japanese broth, and toppings including Portuguese sausage and good old American sliced ham. The best places to eat it in Honolulu are old-school diners such as Like Like Drive Inn or Jane's Fountain, but you can find it all over Waikiki too. If you're in Kau'ai, be sure to stop by Hamura's Saimin Stand in Lihue, Hawaii's most famous saimin purveyor. 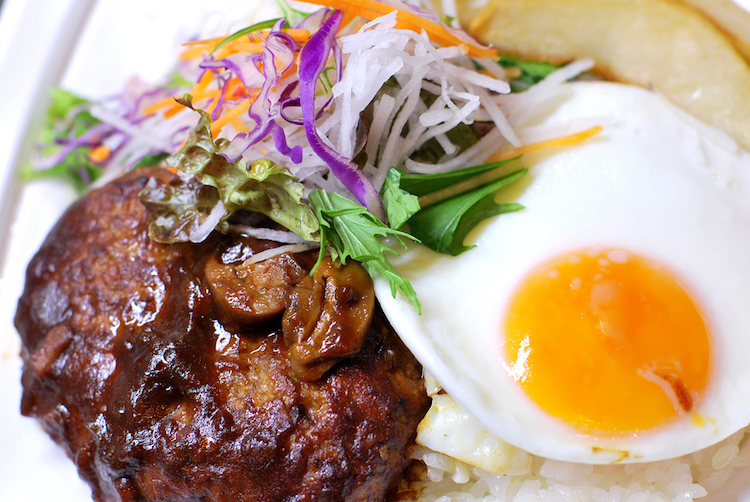 The origins of the name may be lost to history, but most any Hawaiian can tell you what's in a classic loco moco: two scoops of rice, a burger pattie, gravy and a fried egg. Don't forget the sides: macaroni salad or a dollop of coleslaw. Diet food this ain't, but for a real taste of Hawaii you have to try the islands' most famous “plate lunch” at least once. Find it at the Rainbow Drive-In in Honolulu, or get experimental at Cafe 100 in Hilo, on the Big Island, where you can order from more than 30 loco moco varieties.