A Beginner's Guide to Oktoberfest

Sixteen days of beer, bratwurst and Bavarian babes: what's not to like? Oktoberfest started life as a party to celebrate Crown Prince Ludwig's marriage to Princess Therese von Sachsen-Hildburghausen more than 200 years ago, and grew into the world's most famous beer festival. Despite it's international renown, Oktoberfest retains a distinctly local character: you'll see people of all ages wearing traditional Bavarian dress and singing the same folk songs their parents and grandparents sang, as they down glass after glass of Löwenbräu, Paulaner and Augustiner beer. 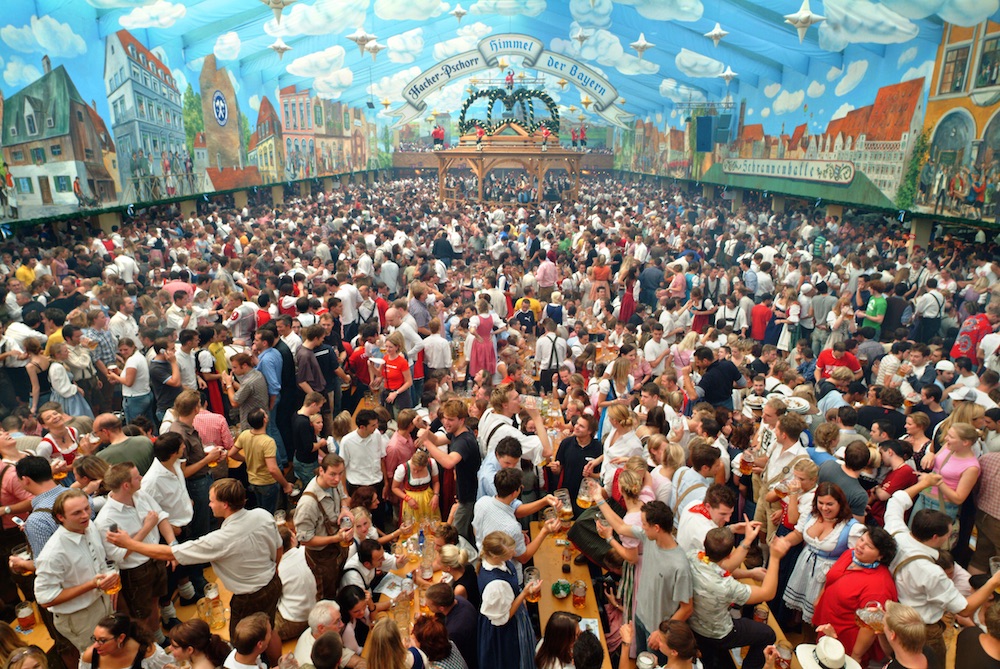 Ignore the name: Oktoberfest kicks off in mid to late September (this year's opening date is 19 September), finishing up on the first Sunday in October. Covering a huge swathe of central Munich, the festival is held in a collection of temporary structures, including 14 historic – and massive –  beer tents like the 10,000-capacity Schottenhamel hall. Last year an estimated 6.3 million people visited the festival, putting away a staggering 6.5 million litres of beer. 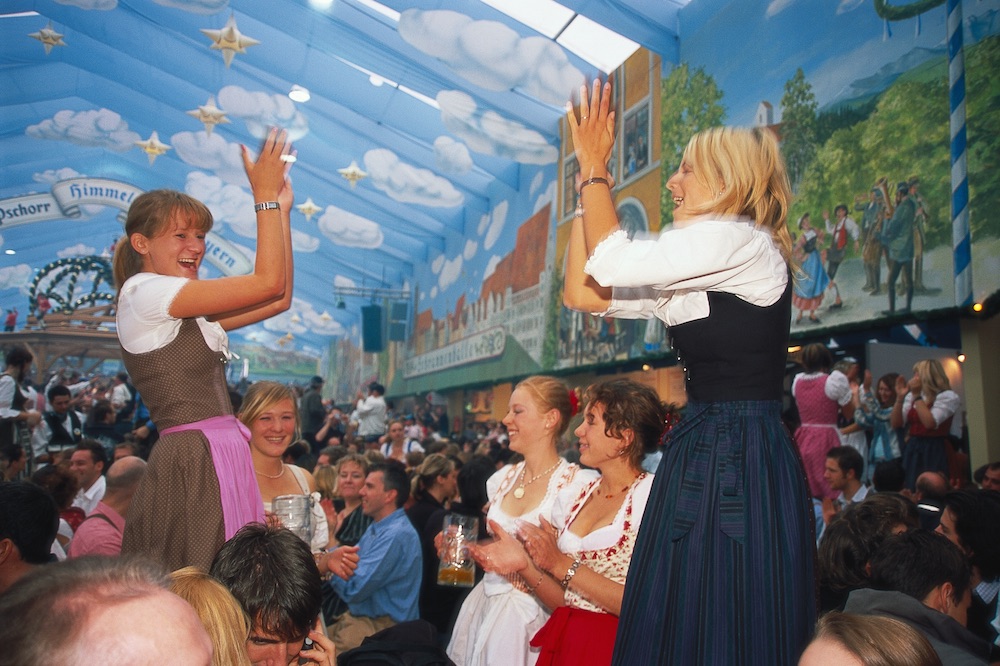 Oktoberfest itself is free to attend, as is entrance to all the tents themselves. But don't expect a cheap night out: between beer, food and rides (including the enormous Alpina Bahn roller coaster – just the thing after a couple of lagers), costs quickly mount up. At around 10 Euro (NZ$17.50) per Mass, or litre of beer, you'll want to get your money's worth. Make sure your glass is filled to the brim –  if it isn't, politely ask for a top-up.

With just six breweries represented, Oktoberfest is less of a beer festival, more a celebration of a very specific style of beer. All the beer is made according to the strict Bavarian Purity Requirements, which restricts ingredients to just water, hops and barley. The Oktoberfest style tends to be full-bodied and copper-coloured, with an alcohol content of 5-6 per cent, which is slightly higher than the draught beers commonly served in New Zealand.

Oktoberfest's most famous dish is the humble Brez'n, a giant pretzel available from stands across the festival. Almost as popular is Wiesen-Hendl, spit-roast chicken basted in butter and served with French fries, and Steckerfisch, or “fish on a stick”. For a real taste of Bavaria, stop by the Ochsenbraterei, the historic food hall which serves groaning plates of roast ox with red wine sauce and potato salad.

Any Kiwi backpacker will tell you Oktoberfest is one of the biggest, rowdiest parties in Europe – but that's not necessarily how locals see it. For Bavarians, Oktoberfest is a cultural touchstone and a place for all ages to have fun, preferably without being hassled by drunken foreigners. There's no lower age limit, though kids are obviously not allowed to drink alcohol and those under six aren't allowed inside the beer tents after 8pm. Under German law, 16 and 17-year-olds are permitted to drink beer (but not other alcohol); the full legal drinking age is 18. Civility is taken seriously: if you're rude or act inappropriately to a waitress, or to anyone else, you'll be thrown out. Dancing on the tables is strictly forbidden, however good the oompah band, but standing on the benches is fine. And remember, the beer steins and glasses are not souvenirs – your bag could be checked on your way out.

The best time to visit

Weekends are when Oktoberfest is busiest. You'll struggle to find a seat inside any tent after midday on a sunny Saturday or Sunday; it's even worse on rainy days. Things are quieter on weekdays, especially in week two, but tents start to become crowded from mid-afternoon onwards (remember those 6.3 million visitors we mentioned?). If you do find seats, don't be surprised to be moved on at some point to make way for an evening reservation. Reservations? Yes, you can reserve tables, but generally only large groups and serious Oktoberfest fans bother, and available tables are booked out months in advance. For the rest of us, seats are claimed in the same way as at any crowded bar – by keeping an eye out and staying ready to pounce.