Visiting Portland and keen to check out some food carts? With more than 600 mobile food vendors in a city just a third the size of Auckland, you'll want to be organised. Study up, sketch out a plan of attack and, above all, stay calm: panic and you risk losing your appetite, which could fatally undermine your ability tick off every cart on your list.

Alternatively, you can throw caution to the wind and dive in head first. Wherever you end up, there are delicious – and often mind-bendingly creative – cheap eats to be had. Here’s our guide to making the most of you and your stomach’s time in the city.

The city's food cart scene exploded from a series of only-in-Portland political and cultural conditions. Bohemian-leaning, food-obsessed locals; a hands-off city council; and property owners eager to squeeze more money out of their land all helped create the food cart “pods” dotted all over the city. Note that Portlanders call the vendors carts rather than trucks: most of these vehicles only become mobile when they're attached to a trailer hitch. Many have been parked up in the same location for years.

Hungry for something in particular? Finding a cart to match your personal culinary predilection – vegan Thai, gluten-free Italian, you name it – is but a Google search away. If you're after a more in-depth guide, check out Food Carts Portland, which has been enthusiastically documenting the scene since 2007. The site's online maps come in handy, but it's their mobile app that's truly essential. Don't leave your hotel without it.

Food cart culture moves so fast there's always a new must-try dish: lately the queues have been longest at the Hawthorne district's Holy Mole, a purveyor of Mexican poblano mole which is Willamette Week's (a local alt-weekly) current Food Cart of the Year. Then there are the veterans, those places which have been around so long they've passed into legend. Like Nong's Khao Man Gai on Alder St, which serves only one dish, the deceptively simple Thai chicken and rice after which the cart is named. Or Rip City Grill in the Abernethy St pod in Southwest Portland, home of a truly mind-blowing steak sandwich with garlic butter. 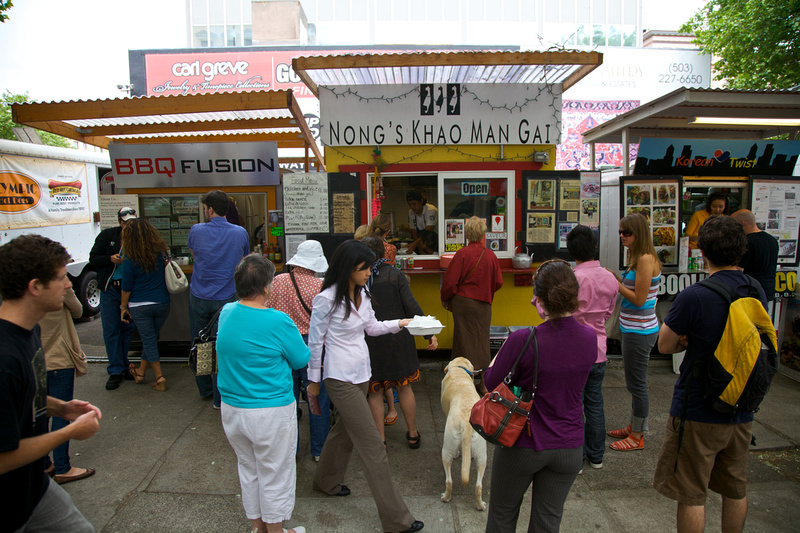 Sometimes its best to leave it to the experts. Join Brett Burmeister, Portland's de facto “food cart ambassador” (he runs the Food Carts Portland site) for a tour of his favourite spots or sign up for the two-hour Flavor Street stroll, run by Portland Walking Tours. At Forktown Food Tours they cover Portland eating in all its guises: as well as carts, their tours stop at cafes, restaurants and artisan food producers. 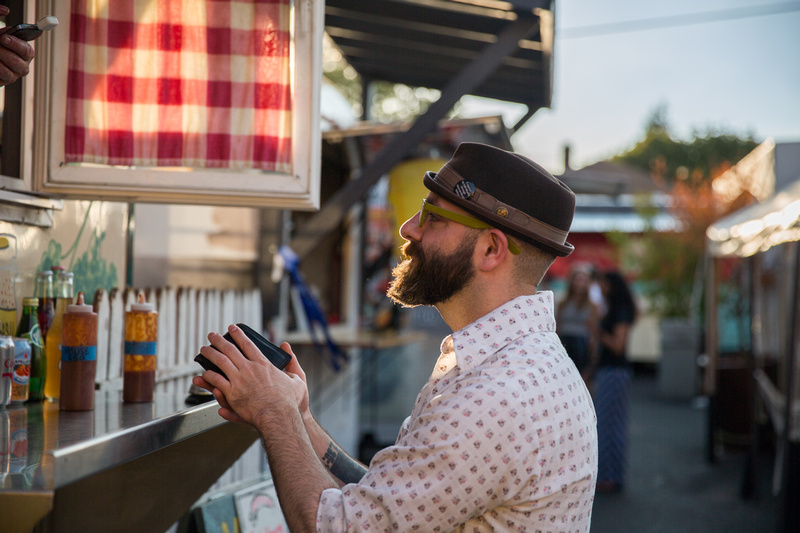 There's more to food cart dining than lunch and dinner. Plenty of breakfast specialists are open from 7am, serving up bagels, donuts and coffee, but you'll have to wait until 9am to hit up our favourite, the pun-tastic Fried Egg I'm in Love. Their music-inspired fried egg sandwiches include the Egg Zeppelin, the Yolko Ono, and the OK Commuter). Some carts do sweets and desserts only – check out The Sugar Shop in Southeast Portland – and some just do weird, like the peanut butter and jelly fries and Potato Champion, or the kimchi quesadilla Koi Fusion.