Beaches are what Aussies do best, so for balmy temperatures, golden sands and hardly a drop of rain to be seen, why not nip across the Tasman for a laid-back Australia holiday.

Take a Break in Maroochydore
At the very centre of the Sunshine Coast, Maroochydore is blessed with 25 kilometres of golden sandy beaches and an inviting ocean with famous surfing spots such as Mooloolaba, Alexandra Headland and Coolum.

For a truly Aussie experience, head to the Mooloolaba surf club, which couldn’t get closer to the ocean! The club first opened its doors in the 1920s and is now a dining hot spot where you can grab a delicious cappuccino or a full meal on the deck. 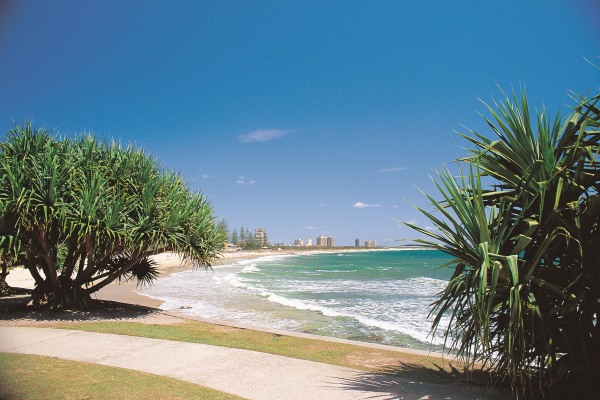 Paddle around in Perth
It may not flaunt them like the other Australia coastal cities, but Perth, the capital of Western Australia, has some of the best city beaches in the country. They range from the calm bay beaches on the Swan River at Crawley and Peppermint Grove, to the more wild (but patrolled) surf beaches on the Indian Ocean coast.

Scarborough is known for its beachside cafe society, and is great for experienced surfers and sailboarders. Perhaps the best beach of all is on secluded Carnac Island, frequented by the odd sea lion. 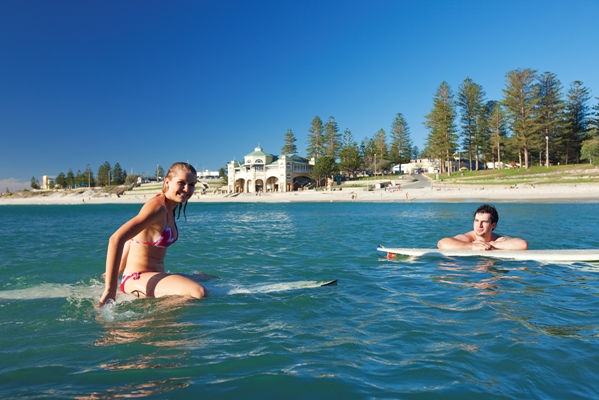 Ride Noosa
If you fancy heading to the sun in Australia but aren’t so keen on the bright lights and high rises of Surfer’s Paradise, why not head to Noosa, two hours north of Brisbane? There are the classic stretches of white sand and great surf, but also a range of cycle ways that take advantage of the region’s beach, river, creeks, forests and mountains.

Choose from a short 5km ride starting from the Noosa Yacht Club and heading along the waterfront multi-million dollar properties, a river ride along the bank of the Noosa River to the cafés of Hastings St, or a more testing mountain bike track to the Mount Tinbeerwah lookout.