A Beginner's Guide to Cornwall, England

With excellent weather, unspoilt sandy beaches and charming villages galore, Cornwall is a wonderful destination for a classic British summer holiday. Here's what to do, see and eat when you get there. 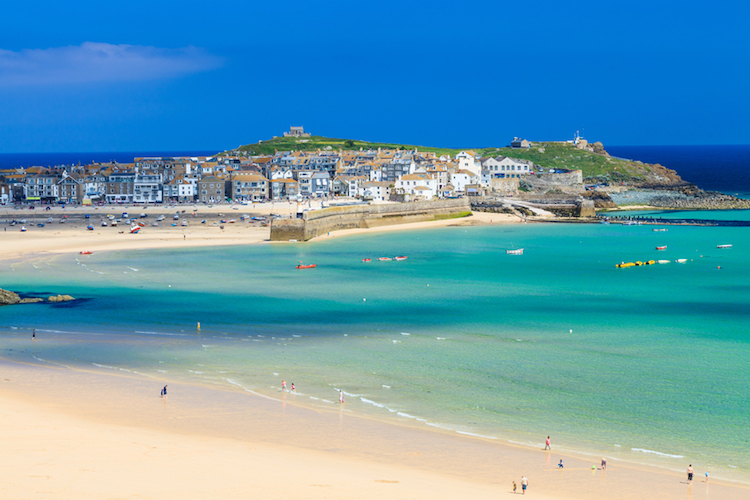 Both physically and psychologically, Cornwall is a land apart from the rest of England. Around six hours' drive from London, Cornwall sits at the far end of the country's southwestern peninsula; writer Jacquetta Hawkes called it “England's horn; its point thrust into the sea”. For thousands of years, Cornwall's geographic remoteness spurred the development of a proudly distinct identity – one that is still apparent today. The county is one of mainland Britain's few remaining outposts of Celtic culture (the Cornish are officially recognised as a European minority people) and boasts a strong folk tradition, complete with giants, mermaids and 'pobel vean' (little people). Then there are the tales of the Beast of Bodmin, the phantom wild cat which some say prowls Bodmin Moor to this day. Even older is the legend of King Arthur who, it's claimed, was born in Tintagel Castle on Cornwall's northern coast.

But Cornwall's appeal isn't only rooted in the past. It's home to some of Britain's most diverse landscapes, from gorgeous swimming beaches and picturesque sailing resorts to windswept cliff walks and romantic moorlands. Thanks to its excellent climate, the mildest and sunniest in the UK, Cornwall boasts some truly spectacular gardens, including the magical Lost Gardens of Heligan and the unique Eden Project. In a country not known for reliable summer weather, there's no better place for a UK beach holiday than the Cornish coast. 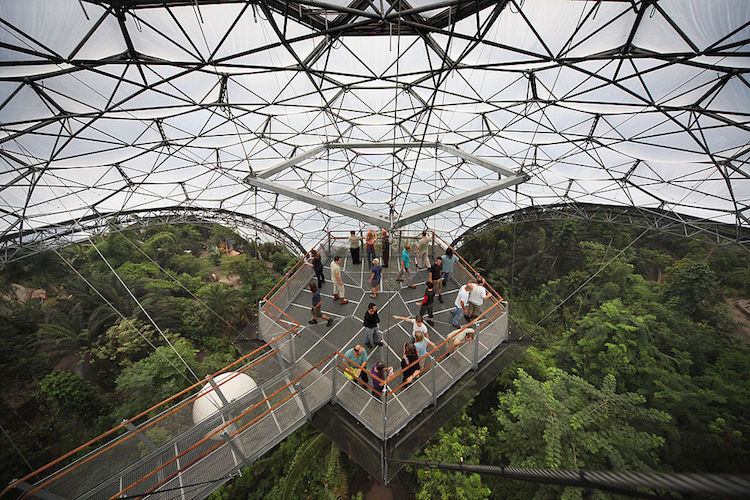 Eden Project
The stunning Eden Project is a visitor attraction like no other. At its centre are two vast plastic and steel domes: the Mediterranean biome, dedicated to plant life from Mediterranean environments, and the spectacular Rainforest biome, the largest indoor rainforest in the world. Visiting the Eden Project is as much about the unique architecture, which rises from the earth like something from a sci-fi movie, as it is about plant life and natural sciences. Either way, it's a must-do for every visitor to Cornwall.

The seaside towns
There are attractive harbour villages all over Britain but Cornwall,  surrounded as it is by water on three sides, boasts many of the most beautiful. In western Cornwall, St Ives is the quintessential seaside destination, while Porthcurno, just two miles from Land's End (England's most westerly spot) is a charming village with a gently sloping white-sand beach and a spectacular open-air theatre overlooking the sea. A trip around the west coast should also include a stop in Mousehole, described by poet Dylan Thomas as the loveliest village in England. 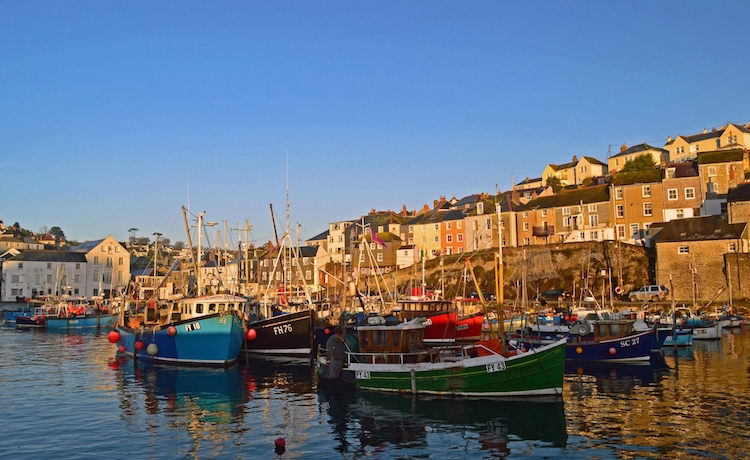 On the north coast, visit Newquay, England's surfing capital, and Padstow, a busy working port that's also home to many acclaimed dining spots, including Rick Stein's Seafood Restaurant. Over on the opposite coast, attractive villages include Charlestown, a popular filming location for productions including Poldark, Hornblower and Mansfield Park, and unspoilt Mevagissey, which in the 18th and 19th centuries was the centre of Britain's pilchard fishing industry.

Tintagel
Set high on the rugged north Cornwall coast, Tintagel's dramatic ocean views and fascinating history make it a magical destination for all the family. Explore the ruins of the castle, the legendary birthplace of King Arthur, and stop by Merlin's Cave, where the wizard is supposed to have hidden the baby Arthur from enemies. Then head into Tintagel village to visit King Arthur's Hall, the former headquarters of a mysterious organisation known as the Order of the Fellowship of the Knights of the Round Table. Lanhydrock House
This elegant 19th century country house and estate on the edge of Bodmin Moor is one of Cornwall's most popular historic homes. The public tour is one of the longest of any conducted by the National Trust (the organisation that administers Britain's cultural heritage), giving visitors a superb insight into how a vast mansion like this was operated in the late 1800s, both upstairs and downstairs.

Fifteen Cornwall, Newquay
Jamie Oliver's Fifteen restaurants (there are also Fifteens in London and Amsterdam) were set up to provide apprenticeships for young would-be chefs, often from troubled backgrounds. That's not to suggest dining here is an act of pure charity. Specialising in Italian-inspired cooking using local ingredients, Fifteen Cornwall is widely recognised as one of the best places to eat in on the north Cornish coast.

The Seafood Restaurant, Padstow
Now he's based in Australia, celebrity chef Rick Stein rarely makes an appearance at the restaurant that made him famous. No matter. Against huge competition, the Seafood Restaurant remains one of the top places to see and be seen in Cornwall – and it serves amzingly good food to boot.

Porthmeor Beach Cafe, St Ives
This very popular cafe/restaurant, open 9am to 9pm during summer, overlooks Porthmeor, St Ives' main swimming beach. There's a huge terrace for when the weather is good (and thick rugs for when it's not), coffee from local roastery Origin, and beach-friendly dishes like Cornish crab sandwiches on the menu.