At the cultural and historical crossroads of the Mediterranean since ancient times, surprising and good-value Sicily should be top of the list for return visitors to Italy. 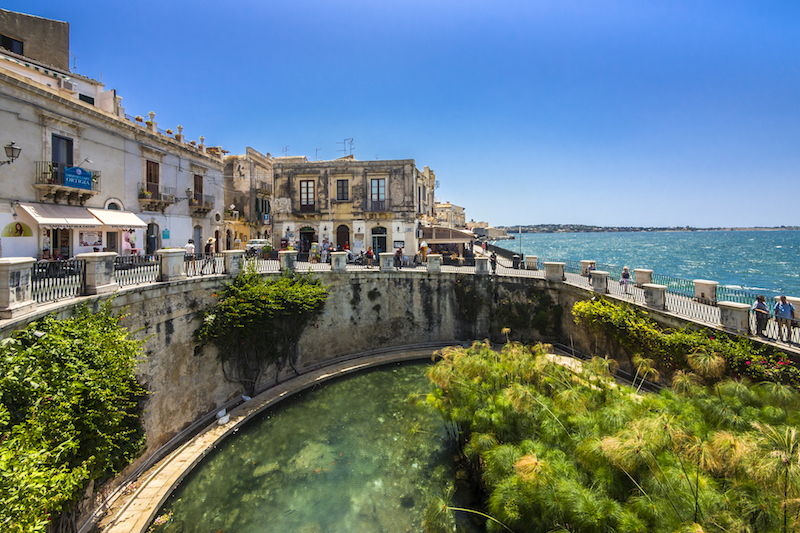 The echoes of Ancient Greece in Syracuse

Syracuse was originally founded during the Ancient Greek era, and a significant Greek influence still lingers in the city's historic architecture. On a hillside awash with magnolia and citrus trees, Syracuse's Teatro Greco dates from the 5th century BC, and the historic marble amphitheatre seating up to 16,000 hosts classical Greek theatre throughout May and June. 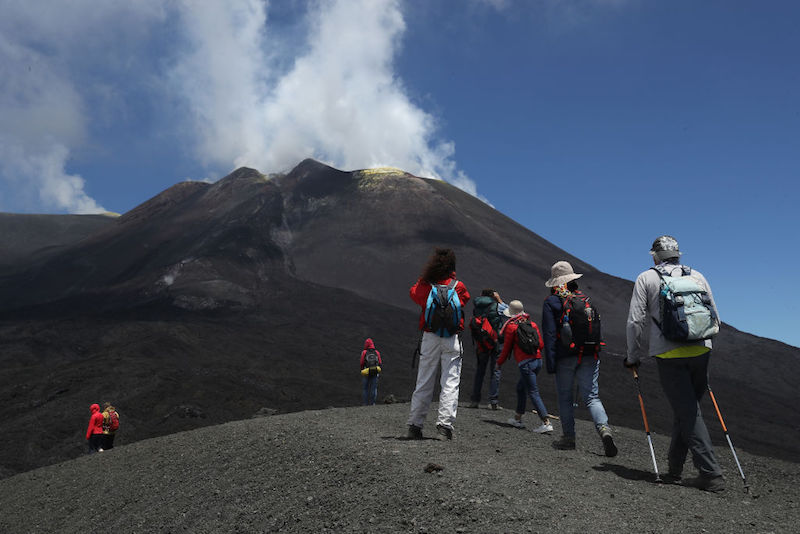 With a commanding presence over northeastern Italy, Mt Etna is one of Europe's most active and spectacular volcanoes. Depending on how the fickle the mountain is being, a cable car can transport tourists to almost 3000m above sea level, from where 4WD Unimogs continue on to explore Etna's surreal landscape of craters and fumaroles. Dotted around the mountain's fertile slopes are vineyards, agriturismo farmstays, and restaurants specialising in local produce. 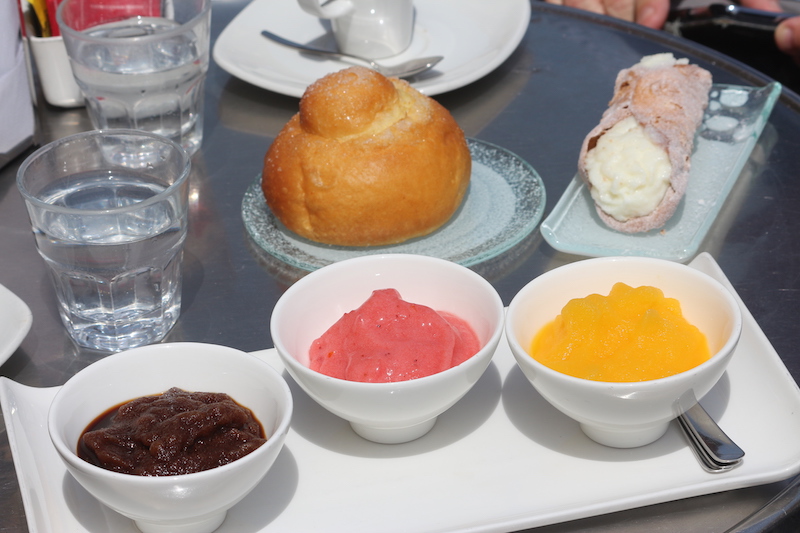 The world's best gelato and granita in Noto

Two competing ice-cream shops vie regularly for the title of the world's best in the Sicilian hill town of Noto. Seasonal local fruit like gelsi (mulberries) is used for creamy gelato and refreshing granita, and correct form at Caffe Sicilia or Corrado Costanzo is to pair them with a fluffy brioche bun and a robust espresso. A background of Noto's beautiful Baroque architecture dating from the early 18th-century completes the experience.

Another of Sicily's hill towns reconstructed in spectacular Baroque style after devastating earthquakes in 1693, Modica is also a destination for travelling foodies. The town's bitter and fragrant chocolate is renowned around Italy, and dining options include Slow Food trattorias specialising in local and seasonal produce, and the innovative reinvention of traditional Sicilian flavours at the Michelin-starred Accursio. 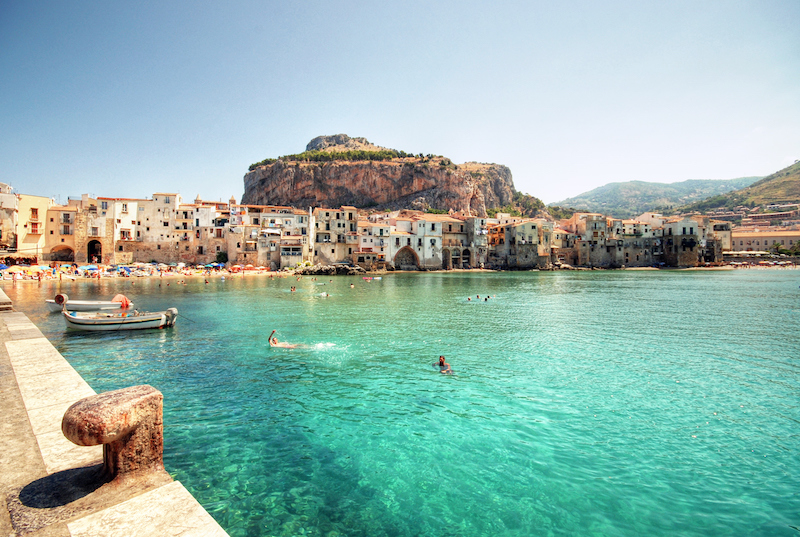 Crowned by a castle in Cefalu

Located on Sicily's sun-kissed northern coast, the town of Cefalu may well be the island's most versatile destination. Spend the cooler morning hours climbing La Rocca, an 11th century citadel built on a rocky crag above the town, before cafe-hopping in Cefalu's Old Town, or relaxing on the expansive beach. At dusk, meander down to the compact fishing harbour to see what Cefalu's fishing fleet have caught during the day. 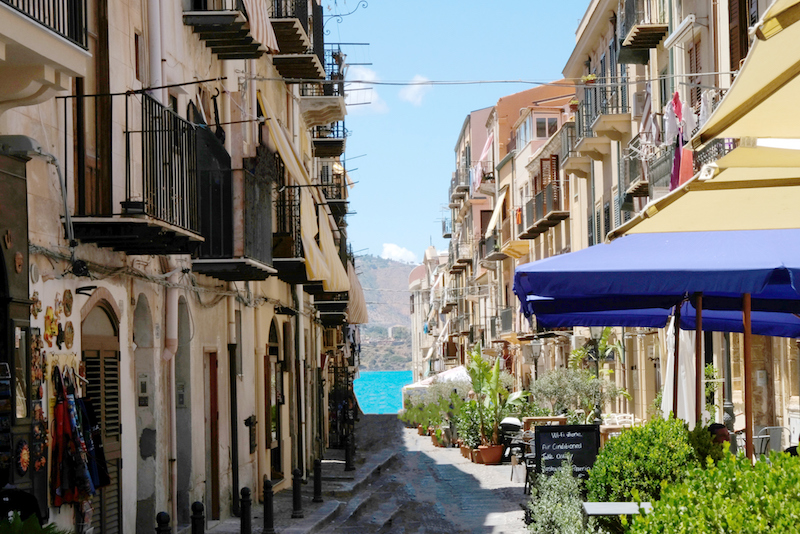 A world away from the more cosmopolitan European cities of northern Italy, Palermo is a gritty and authentic reflection of the many different civilisations that have washed over Sicily. Cathedrals glowing with Byzantine mosaics are crowned by Arab-influenced domes, while the city's labyrinthine souks (markets) are heady and fragrant experiences infused with the aromas of nearby northern Africa. 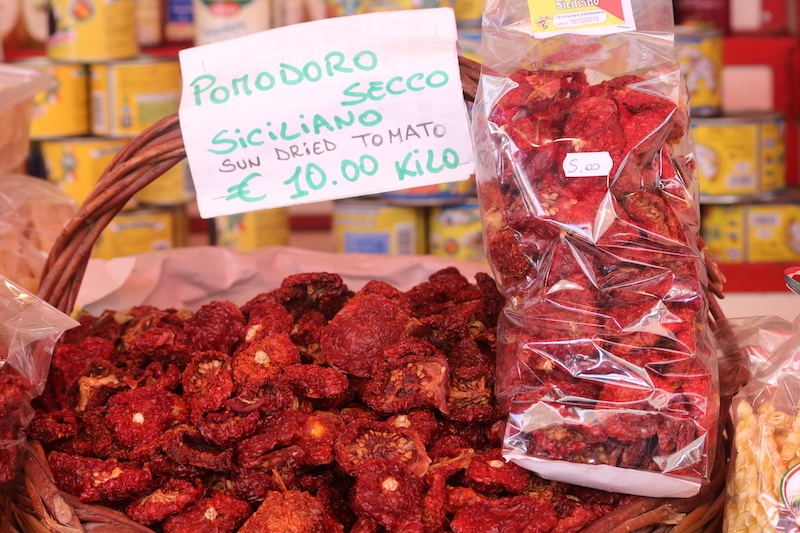 Diverse cultures also inform Sicily's street food scene, known as one of Europe's finest. Pane e panelle – tasty deep-fried chickpea fritters – are a remnant of the Middle Eastern immigrants who once called Sicily home; or try crocche (potato croquettes), often flavoured subtly with chilli and mint. Granita (crushed ice with fresh fruit) is appropriate for both breakfast or as afternoon pick-me-up. Originally introduced by the Moors in the 10th century, arancini are delicious deep-fried rice balls filled with mushrooms, mozzarella or pistachios.

While Sicily's coastline offers plenty of distractions, it's definitely worth renting a car and exploring the island's more rugged interior. Traffic is light, the winding roads are fine for anyone who's negotiated the Coromandel Peninsula or Central Otago's Crown Range, and tiny villages clinging to hilltops offer plenty of foodie surprises. Highlights include salami and sausages made from the famous black pigs of Chiaramonte Gulfi in the Nebrodi Mountains, or the world's best pistachios in the town of Bronte.