You'll eat well all over Italy, but perhaps nowhere better than in the northern city of Bologna, where food is a serious obsession. Sharon Stephenson explores the home of Spaghetti Bolognese. 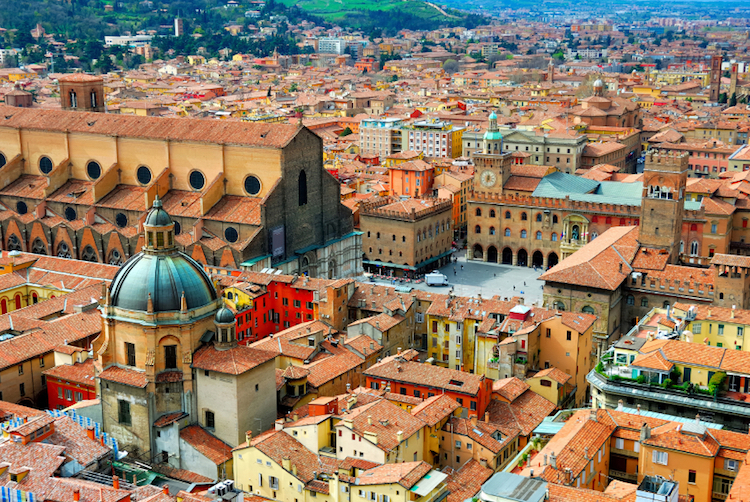 I have an egg in one hand and 400gm of flour in the other. My mission, it turns out, is to introduce one to the other.

It sounds easy, but under the watchful eye of chef Davide Berchiatti, I'm suddenly all thumbs.

I've made fresh pasta many times before, but there's something about doing it in Italy that ramps up the anxiety level.

Even moreso in Bologna, which is widely considered the most food obsessed region in Italy (and that's saying something).

They definitely take their grub seriously here, so seriously in fact that radiating out from Piazza Maggiore, Bologna's elegant main square, are museums dedicated to salami, ham, cheese, vinegar and ice cream.

This old medieval region is also famous as the birthplace of balsamic vinegar, Parmigiano-Reggiano cheese, Lambrusco wine, stuffed tortellini, and mortadella, the pork sausage that Americans like to call baloney.

But it's best known for Ragu alla Bolognese, fat strips of tagliatelle doused in meaty sauce and a golden mountain of Parmesan (what most of the world refers to as spag bol).

So it seemed like a fair trade-off: I give Bologna three days and in return she gives me five kilos and a chance to learn how to make proper Northern Italian pasta. 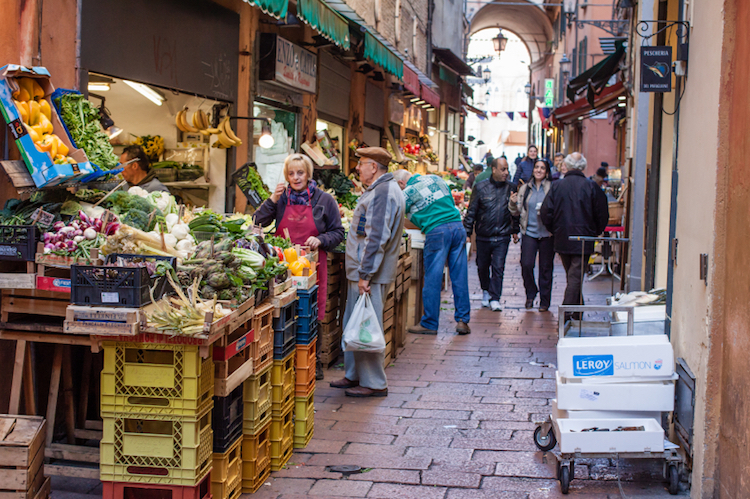 Grocery stalls in the "Quadrilatero" area of Bologna. Photo: iStock.com.

Tucked into a quiet cobbled lane behind Piazza Maggiore is Bologna Cucina, a cooking school affiliated with an Italian language academy (most students, we're told, spend the mornings torturing the Italian language and the afternoons unlocking the secrets of its cuisine).

Naturally, pasta is on the menu but instead of the traditional tortellini, we're making its big sister, tortelloni, plump pockets of fresh filled pasta twisted into shapes inspired by Venus' belly-button.

The major difference between Northern and Southern Italians' pasta, Berchiatti tells us, is eggs.

“Southern Italians prefer their pasta without eggs but here in the colder north, we have to have eggs,” he says.

He helps me coax eggs and flour into a dough which we then roll into thin sheets. And roll again. And again, until it's almost translucent.

And then for the tricky part: we fill small squares of pasta with ricotta and spinach before shaping them around our thumbs into parcels.

Berchiatti is too polite to mention it, but I watch him discreetly reshaping several of my tortelloni before plunging them into boiling water. 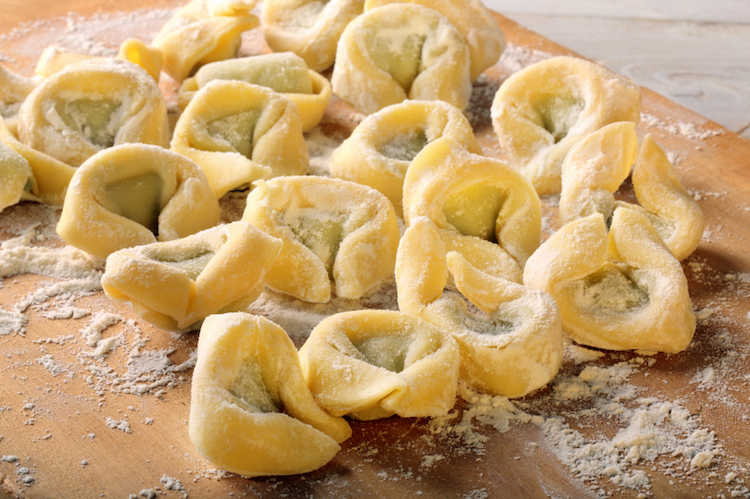 Over the next few hours we also make zucchini flans that feature more Parmesan than I'd eat in a year (which is probably why it tastes so good) and turn cream, gelatin, sugar and vanilla into a delicious pannacotta.

And then it's time to ditch the aprons and stuff ourselves silly with the fruits of our labour. All washed down with buckets of the local Lambrusco, of course.

In between carb-loading, we check out the sights in one of Europe's best preserved medieval cities.

A key feature is the 50km of covered walkways that criss-cross the historic centro storico (city centre), protecting pedestrians from the sun during summer and the rain in winter. Many of these portios, which date back to the Middle Ages, feature elaborately decorated ceilings so remember to look up as you stroll under them.

You also can't miss Le Due Torri, Bologna's twin towers. Medieval brick towers aren't unusual in these parts – once upon a time Bologna boasted more than 200 towers, although today only 21 remain – but the Due Torri towers are a landmark because both of them lean towards each other.

Apparently these towers, which anchor one end of the main shopping street, lean more than the one in Pisa.

There are more than 498 steps to the top of the Asinelli tower, the taller of the Due Torri, but you'll be rewarded with a view across the city's terracotta and ochre roofs.

It's also a great way to work off some of the many, many carbs you'll consume in this small-but-perfectly-formed city.