The southern English town of Brighton has been a popular day trip from the capital for almost two centuries. From the moment the London to Brighton railway line opened in 1841, Londoners were queuing up for the chance to escape the city streets for a few hours, to wander Brighton's waterfront and breathe in the sea air. And still they come in their thousands. Welcome to London-by-the-Sea.

As one of London's most popular commuter satellites – it's where Londoners move when they're tired of London but still want some urban buzz – Brighton is extremely well served by rail. Trains south leave from London Victoria and London Bridge stations; the fastest direct travelling time is 52 minutes from London Victoria.

There are so many services you won't need to book tickets in advance, but if you choose to do so you might snag a bargain. Try ticket websites like thetrainline.com or raileasy.co.uk, or go direct to the train operator's websites, southernrailway.com and thameslinkrailway.com.

MORNING: BREAKFAST AND A WALK ON THE PIER

Make an early start and you'll be in Brighton in time for a mid-morning breakfast. Pass through the splendidly Victorian train station on Queens Road and you're only 10 minutes' walk from the centre of town. On the way, stop by Taylor St Baristas, part of a boutique Australian-founded cafe chain. This branch, the only one outside of London, last year won a national Best Flat White award – no mean feat in a country where flat whites are only just gaining traction. They do ANZAC biscuits too.

For a more authentically Brighton cafe experience – Bitcoin ATM, graffiti-emblazoned walls and all – try Presuming Ed on London Road, housed in a former bank and named after a character in the cult movie Withnail and I. 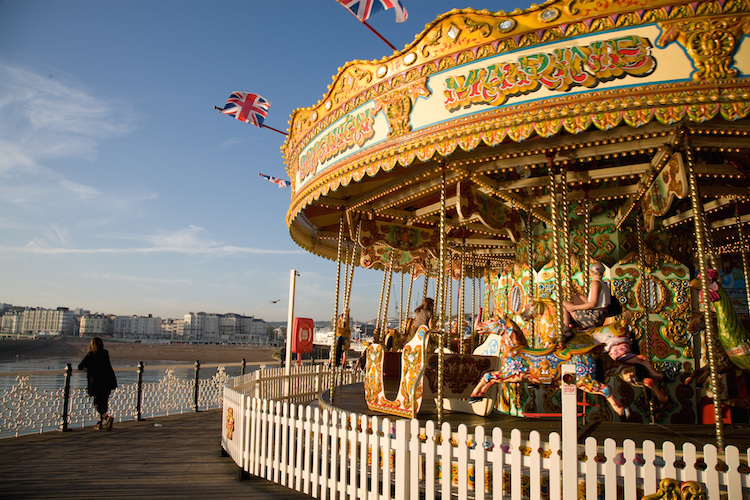 The carousel at the end of Brighton Pier. Credit: Visit England/Andrew Marshall.

Suitably fortified, it's time to make for the sea. As generations of OE Kiwis have reported back – with more than a little patriotic pride – Brighton is nobody's idea of a perfect beach. The shore itself is pebbly; the water is icy even at the height of summer. But it's still magnificent. Whether in bracing winds or in warm sunshine, the half-kilometre stroll along the 1920s Brighton Pier is a treat. It's a true old-fashioned amusement pier, with restaurants, arcades and rides. My favourite? The Horror Hotel, a supremely silly and occasionally scary ghost train that'll have you jumping and screeching in fright. 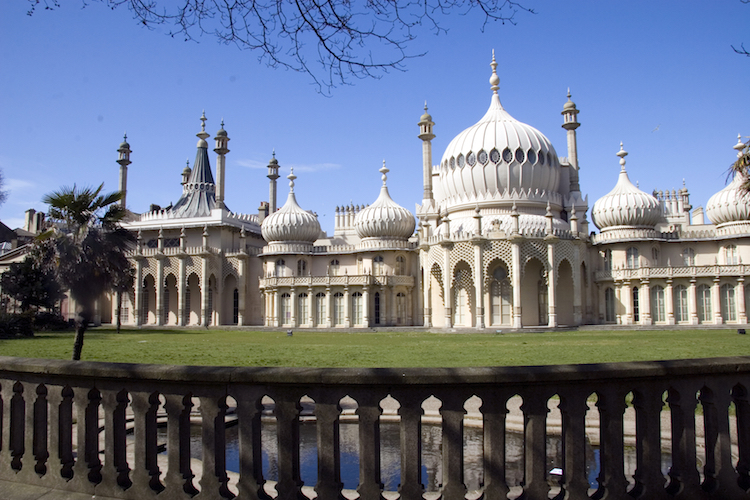 AFTERNOON: THE PAVILION AND SHOPPING

It rises like a mirage from the centre of town, a forest of onion domes and minarets like a low-slung Taj Mahal. This is the Royal Pavilion (adults £11.50), a former royal residence of George, Prince of Wales. George's decadence was the stuff of legend and so too was his love of fashion, art and architecture. His passions came together in this extravagant folly, built between 1783 and 1815 in a mish-mash of Orientalist styles. From the outside it's an Indian palace; step inside and you're in a flamboyant temple to Chinese decorative arts. Its lavish exoticism really needs to be seen to be believed.

Prince George was one of the great shoppers of his day, so why not follow a Pavilion visit with a wander through the retail heaven known as The Lanes. Most of the buildings here date from the 17th and 18th Centuries – the crooked alleyways and overhanging frontages make it feel even older. Antiques and design are particularly well represented here: don't miss the eclectic homewares store Papillon. If you've time, walk a few blocks north to North Laine (no relation to The Lanes). This is the heart of hipster Brighton, a cornucopia of flea markets, boutiques, restaurants and bars, like craft brewery The North Laine and gastropub Earth and Stars. 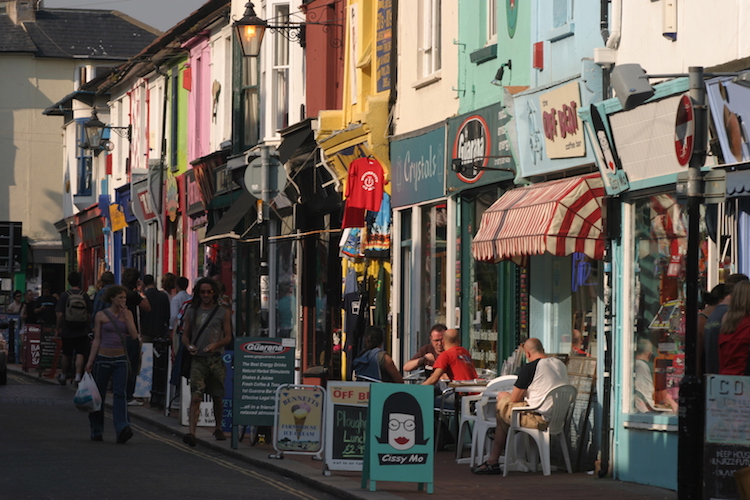 In North Laine? There's nowhere better to find a casual meal. The pies at Earth and Stars are superb, and they do a full gluten-free menu too. Or try zero-waste, eco-everything restaurant Silo, where sustainable sea trout is cured in lava salt and served with green strawberries and lovage.

If you want to eat on the waterfront, The New Club is a good bet. All all-day cafe/American diner, their organic Dirty Burger with hickory smoked onion and bacon relish was judged one of the top hamburgers in Britain and the sea views, including the ruined West Pier, are spectacular. 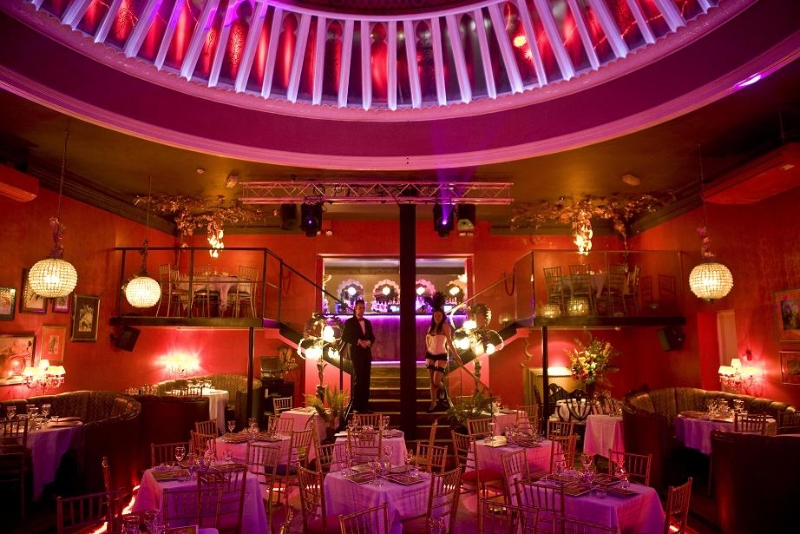 Time for a drink. The Proud Cabaret in Kemptown is one of Brighton's most unique cocktail bars, a former ballroom and family mausoleum (the bodies have long since been removed) where you can catch burlesque show Le Chat Noir every Thursday, Friday and Saturday night. Just as unusual is Northern Lights, a charming Scandinavian restaurant and bar where the drinks menu includes more than two dozen flavoured vodkas. If you're there, be brave and try one of the world's strangest cocktails, the Finnish favourite “fisu” - clear spirit mixed with ground-up Fisherman's Friend throat lozenges.

There's just one problem with a day trip; you've still got a train journey ahead of you. Time to pick yourself off your barstool and wander, a trifle unsteadily, back up Queens Road to the station. As you roll out of town, you close your eyes. It's been a grand day out.