Britain's best film and TV locations – that anyone can visit

When you've got one of the most beautiful and historic nations in the world as your backdrop, why it's no surprise that movies and TV shows flock to film in Great Britain. 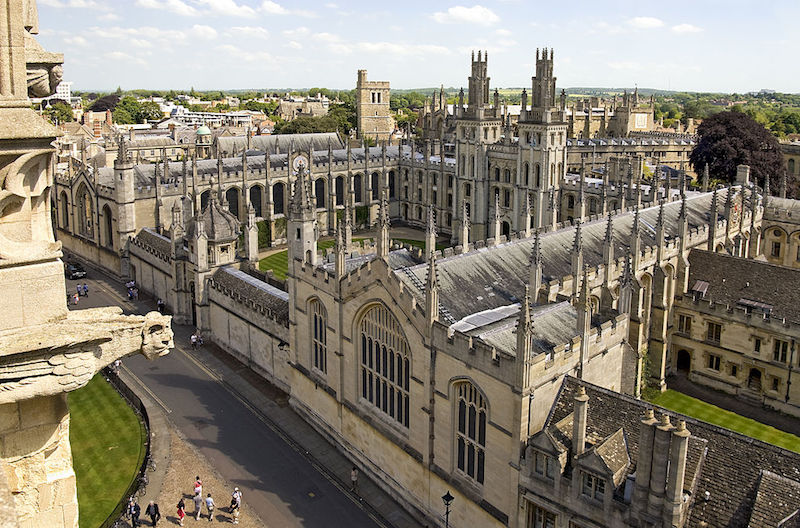 The most famous imaginary railway platform in the world is, post-Potter, a real thing. At King's Cross Station in London there's a baggage trolley that seemingly disappears through a wall. Above it, a sign: “Platform 9 ¾”. That's just the start of the many, many Potter-related sights and locations throughout England. There's Durham Cathedral (located in the city of the same name) and Alnwick Castle in Northumberland, both of which played the exterior of Hogwarts in the early films, and the city of Oxford, home to so many Potter locations you might need to join a Potter-themed walking tour to see them all. And don't forget the amazing Making of Harry Potter experience at the Warner Brothers Studio Tour, a 20 minute train ride from central London. 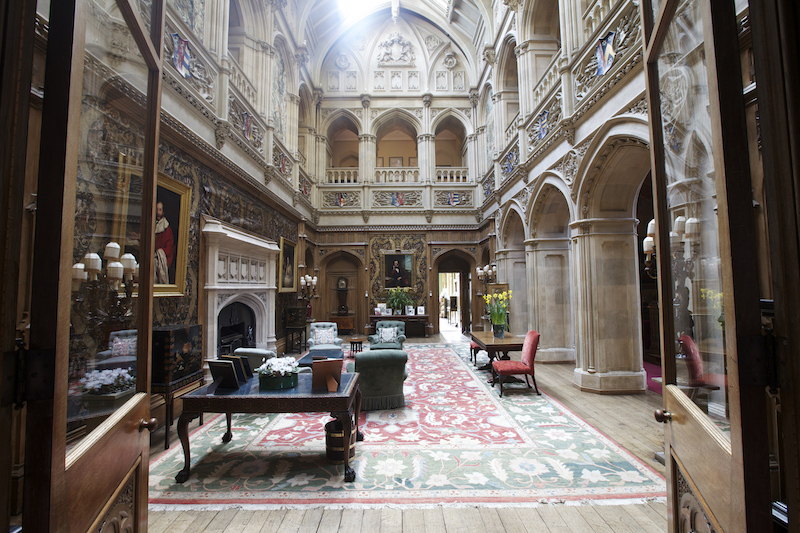 Why did Highclere Castle in Hampshire work so perfectly as the location of the ficticious Downton Abbey? It's largely down to the fact that Downton creator Julian Fellowes actually had Highclere in mind when he was writing the series: as a longtime friend of its owners, the Earl and Countess of Carnavon, he's been a frequent visitor for years. These days any fan of the show can visit as well, to  see firsthand Downton's park, gardens and interiors – or at least some of them; the 'downstairs' scenes were all filmed on a studio set. One thing you won't see on a Highclere visit is Downton Village. That's actually Bampton, a charming village in Oxfordshire, where you'll recognise buildings that stood in for Downton's pub, hospital, church and shops. 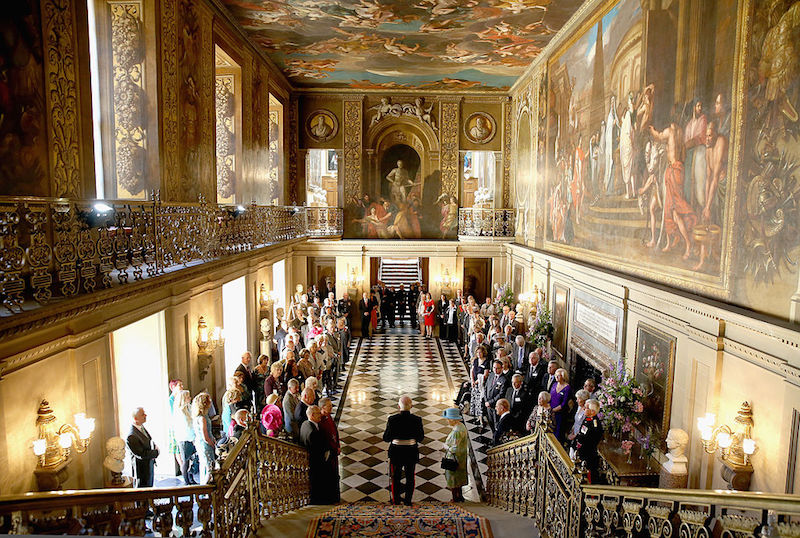 Where was Pride and Prejudice filmed? Well, that depends on which version, TV or film, you're talking about. Let's start with the beloved television series, and its most famous moment, when Mr Darcy emerges dripping wet from a swim in a lake. That scene was filmed at Lyme Park in Cheshire, which was used for all the exterior shots of Darcy's Pemberley Estate. Many of the interior scenes were filmed in Lacock Abbey in Wiltshire – also a filming location for Harry Potter. The next-door Lacock village stood in for the town of Meryton, where the Bennet sisters did their shopping (and gossiping).

If you're a fan of the 2005 film, you'll certainly want to see the Temple of Apollo at Stourhead Gardens in Wiltshire, the place where Mr Darcy confesses his love for Elizabeth Bennet in the rain.
As in the 1995 film, the real-life Pemberley Estate is located in the north of England. This time it's the gorgeous Chatsworth House in Derbyshire, the seat of the Duke and Duchess of Devonshire and a multiple winner of the title 'Britain's favourite country house'. 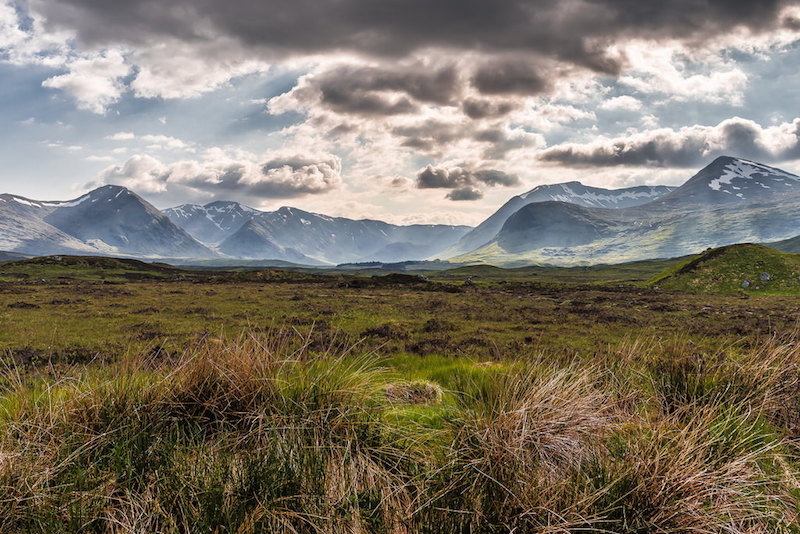 The show may not be spending so much time in Scotland right now (sorry, spoiler!) but you can still experience the magic of season one on a tour of the show's Scottish filming locations. Outlander's Castle Leoch, home to Jamie Fraser's uncle Colum and his clan, is actually Doune Castle, near Stirling; the village of Cranesmuir, where Geillis Duncan lives, is in real life Culross in Fife. How about the place where Jamie and Claire got married? That's Glencorse Old Kirk (“kirk” is Gaelic for “church”) in Midlothian. But it's not buildings that inspire Outlander fans to visit Scotland; it's the amazing scenery. See the spectacular Scottish landscapes captured on the show at Rannoch Moor, Perthshire  – Craigh Na Dun in the show – and Tulloch Ghru in Aviemore, the woodland through which Claire, Jamie and his clansmen travel in the first episode. If you're planning an Outlander-inspired visit to Scotland, be sure to download Visit Scotland's useful, beautifully designed map of the filming locations (PDF) first. 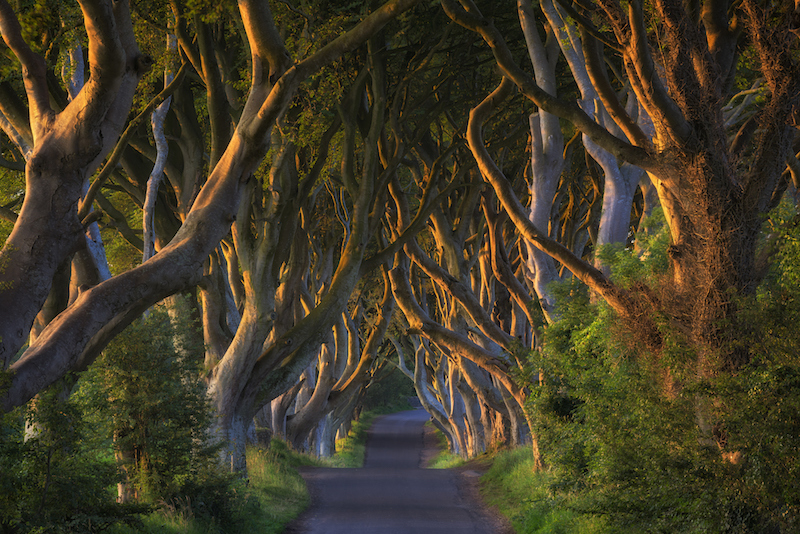 The epic fantasy series if shot across a number of locations, including Spain and Iceland, but it's Northern Ireland that the show calls home. While Titanic Studios in Belfast, where most of the interior scenes are filmed, isn't open to the public, there are plenty of locations close to the city that any Game of Thrones fan can visit. Old Castle Ward, 40 minutes' drive from Belfast, is where they filmed key Winterfell, Robb's camp and Walder Frey scenes. At Gracehill House in County Antrim you can walk along the 'Dark Hedges', an atmospheric avenue of beech trees that double as the Kingsroad in Game of Thrones. And at Cushenden, also in County Antrim, you can walk to the caves in the Stormlands where Melisandre gave birth to her 'shadow baby' in season four.