Just an hour after hitting the I25 northbound and with the peaks of Rocky Mountain National Park visible to our left, we’re stepping back in time in Fort Collins' picturesque Old Town – the real-life inspiration for Disney’s Main Street, U.S.A. Beautifully restored buildings, museums, inspired local cuisine and a robust live music lineup set an appealing scene.

Despite its historic feel, Fort Collins has a progressive streak. Known as the craft beer capital of Colorado (producing 70 per cent of the state's craft beer), we test this title in the taprooms of New Belgium and Odell Brewing. After fuelling up on the locally sourced food creations of The Farmhouse at Jessup Farm, we head to the outskirts of town to Horsetooth Reservoir, a magnet for lovers of watersports, surrounded by biking, riding and hiking trails.

From there we cruise Highway 14 and take the Cache la Poudre Scenic Byway to join bighorn sheep clambering through the Home Moraine Geological site, a jaw-dropping spectacle carved over millions of years by glaciers. As Colorado's only nationally designated Wild & Scenic River, the Class IV rapids of Cache la Poudre River are perfect for whitewater rafting. 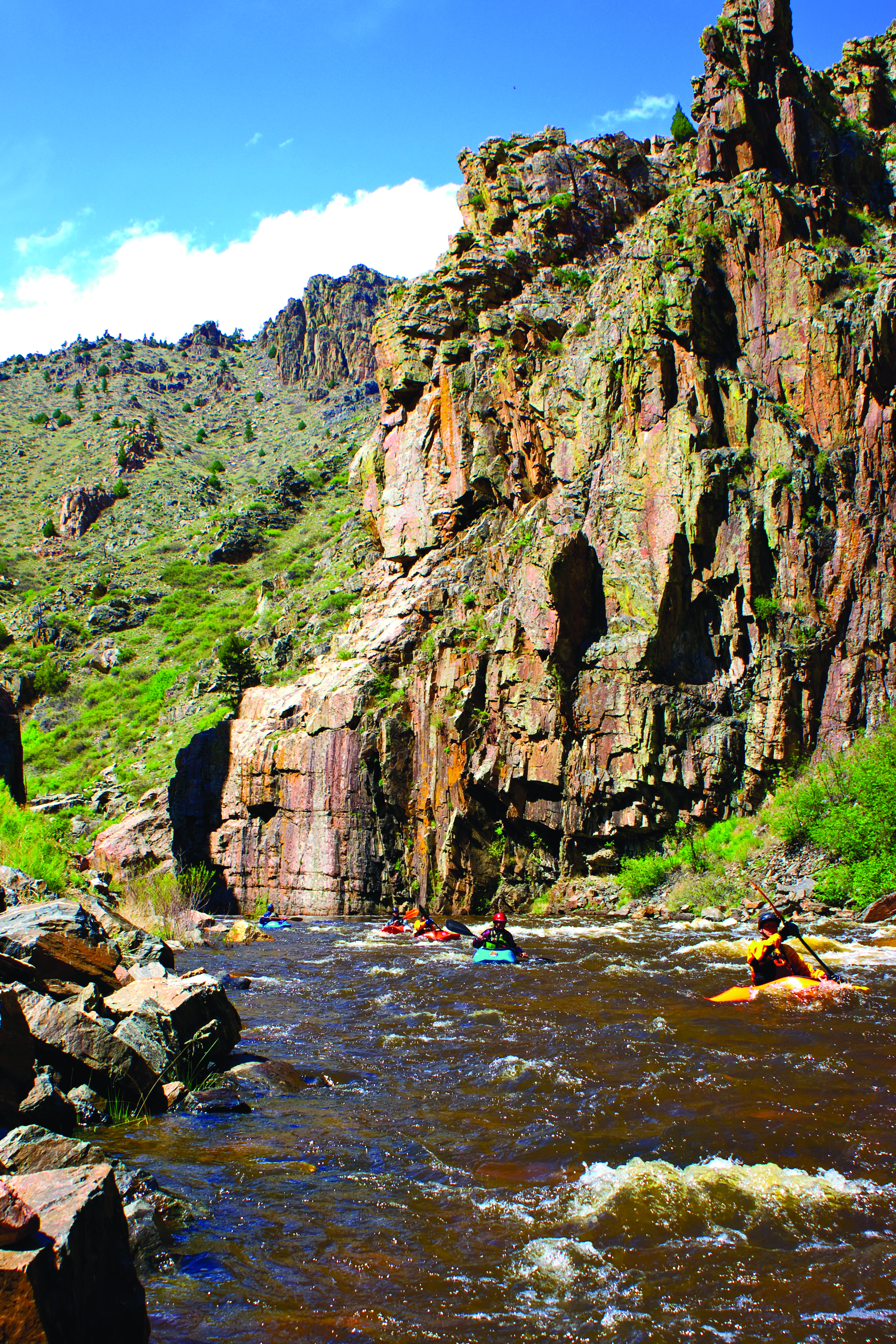 Then it’s southwest on the I70. Breckenridge leaves me breathless, not only because of its lofty position 2,926m above sea level. This once-raucous mining town is picture-book pretty and brimming with charming characters. One of Colorado’s favourite ski resorts, in summer Breckenridge is a mecca for soft adventure with hiking trails and stand-up paddleboarding on local lakes.

After we squeal our way along the Gold Runner, an epic alpine ‘coaster, our hard-earned thirsts lead us to a tasting tour at Breckenridge Distillery, where Rocky Mountain snowmelt is used to create spirits as smooth as the locals. 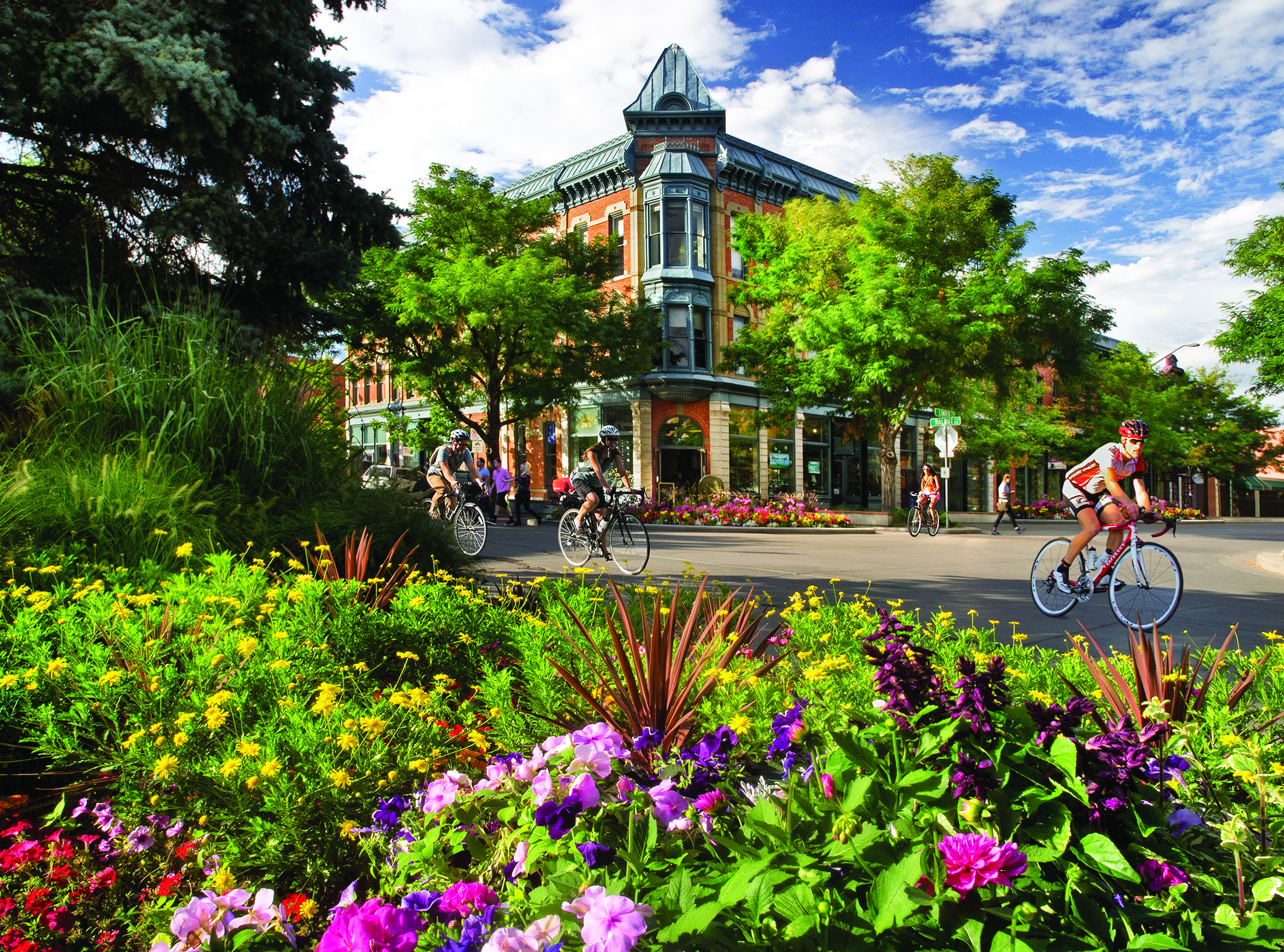 Add around 300 days of sunshine a year and some of America’s most picturesque highways, and you’ve all the ingredients for a sensational self-drive holiday by car, RV, or on a thumping great Harley (all of which are readily available to hire).

Our adventures begin in Denver – the gorgeous gateway to Colorado – at the historic Union Station. More than just the main transportation hub of the American West, the station is a bona fide destination in itself, packed with restaurants, bars and a boutique hotel so enchanting I could happily spend a few days lost between its splendid Beaux Arts walls.

Instead, I step out onto the 16th Street Mall. Lined with trees and flowers and a free shuttle running from one end of the mall to the other, it provides a gorgeous pathway into a city that’s as friendly as it is pretty with a lovely, liveable fusion of old and new, impressive sports scene, great music and insanely good food. 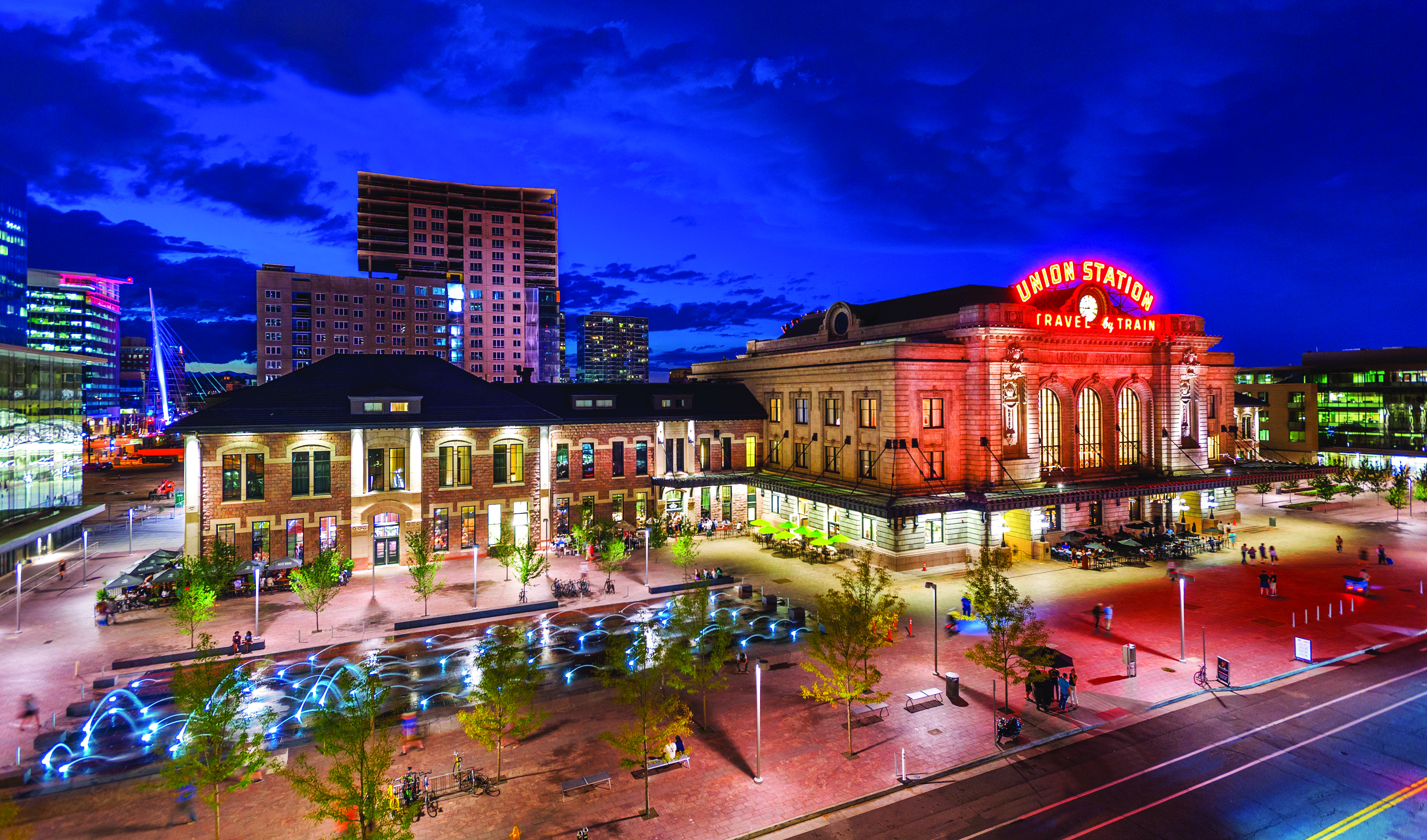 Before all that, we dive into the Golden Triangle Creative District. The superb Denver Art Museum and the Clyfford Still Museum have us in raptures, but the city’s street art is just as impressive. RiNo, the hip River North Art District, is dotted with amazing art installations and murals, and we mount B-cycles from the city’s genius bike-share program to explore Denver’s other designated creative neighbourhoods, including the Art District on Santa Fe.

Denver’s creativity extends to its so-hot-it’s-on-fire food scene with edgy restaurants and bars, buzzy food halls, effortlessly cool food trucks and on-trend, kale-infused cafes. If you enjoy a cold brew, take a self-guided tour along the Denver Beer Trail to satiate your thirst at one of 150 brewpubs, craft breweries and taprooms.

Just outside the Mile High City are a pair of rust-coloured sandstone monoliths that form the legendary Red Rocks Park & Amphitheatre, where everyone from The Beatles to the Foo Fighters have played under Rocky Mountain skies. It’s a musical mecca for this die-hard music fan, but the park’s geological history and trails leave me equally rapt. 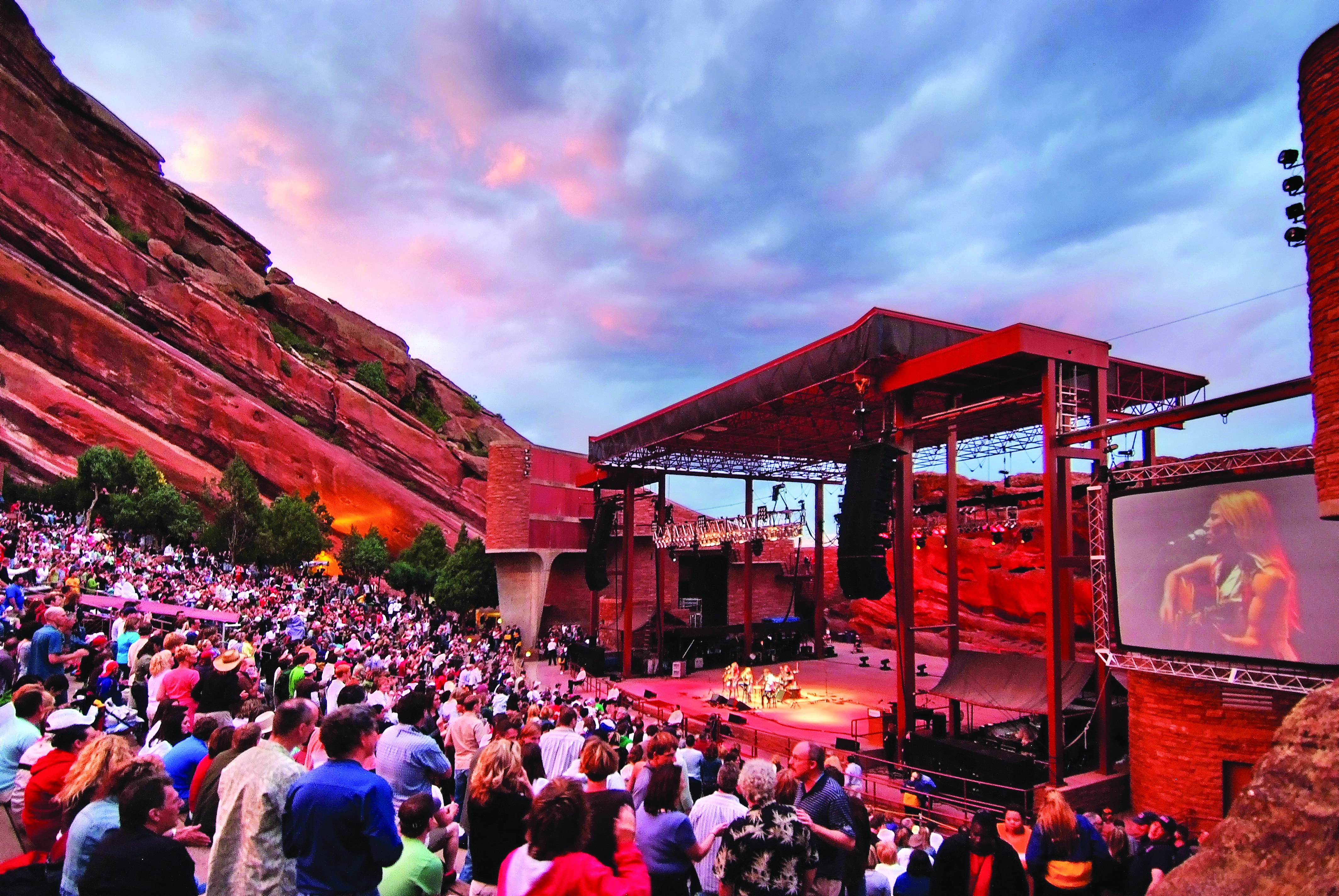 Denver has us wrapped around its clean, green, arty fingers, and I find it hard to say goodbye but there’s a hire car, thousands of scenic highways and a whole lot more of Colorado waiting for us.

Denver is a city that's as friendly as it is pretty with a liveable fusion of old and new, an impressive sports scene, great music and insanely good food.

Memories Billions of Years in the Making

Three hours along the I70 is Grand Junction where we wind our way up and along the historic Rim Rock Drive through the Colorado National Monument, a cavernous landscape of mighty monoliths and sheer-walled, red rock canyons two billion years old. At Monument Canyon, pinyon pines and juniper trees cling to canyon walls carved by the forces of erosion and time, and we explore accompanied only by a solo soaring eagle, a few bashful lizards and enormous gobsmacked grins.

Eager to get up close to some of the area’s mighty mega fauna, or at least their fossilised remains, we visit the Dinosaur Journey Museum in Fruita. An active research institution, visitors can uncover actual Jurassic-era bones and fossils on expeditions alongside experts.
Route 550 and the steep and windy Million Dollar Highway – one of the most scenic but nerve-wracking drives of the journey – provides our path to Durango and then westbound to UNESCO World Heritage-listed Mesa Verde National Park. The park shelters thousands of archaeological sites, including 600 mysterious cliff dwellings built by the Pueblo people beneath overhanging cliffs. 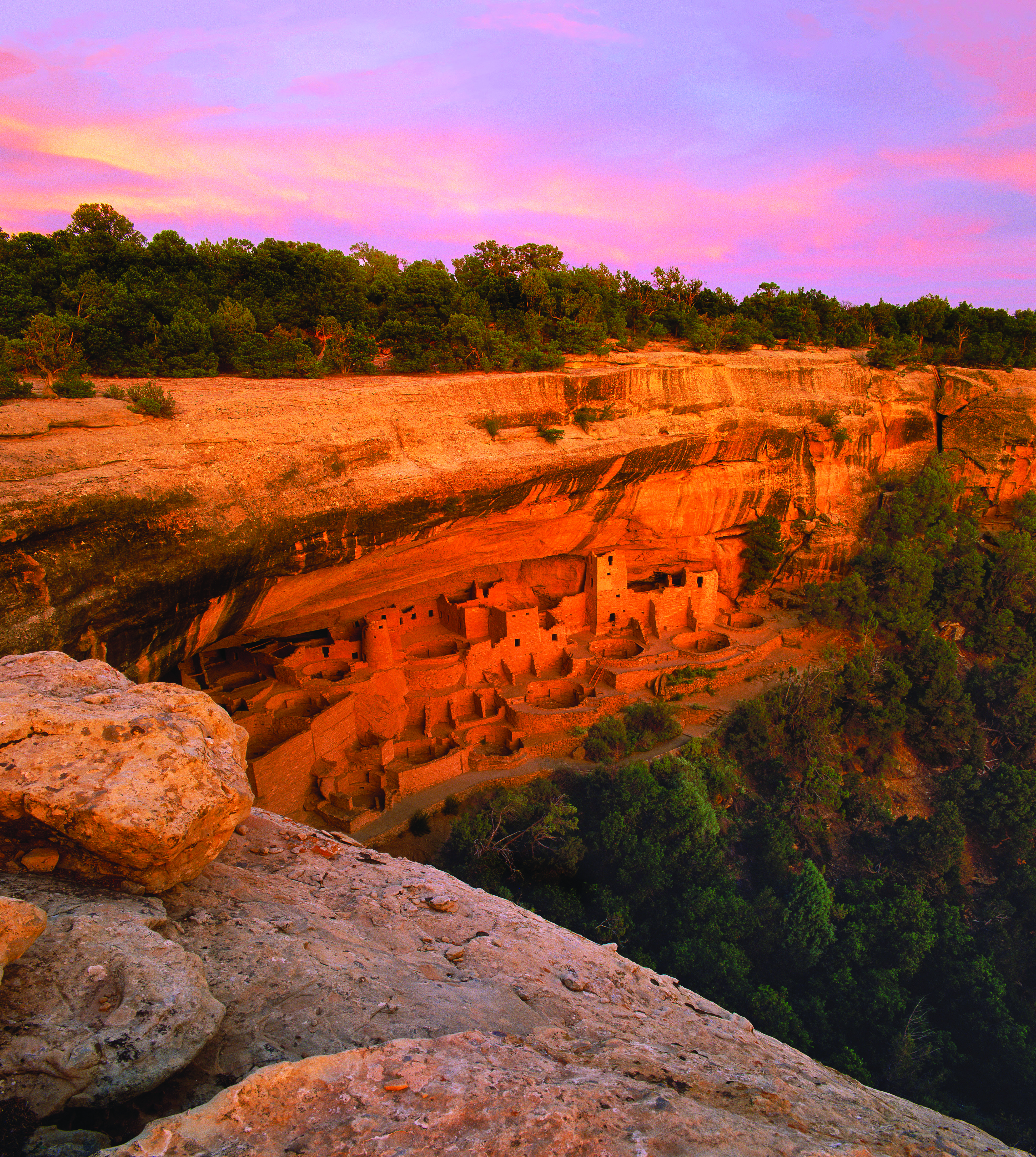 But it's nearby Durango that delivers the stuff of Wild West fantasy. Surrounded by sandstone bluffs and the San Juan Mountains' jagged peaks, we’re enchanted by Durango’s authentic heritage, ancient ruins, thriving arts and outdoor adventures.

We explore the San Juans on horseback and zoom across the Animas River through old-growth Ponderosa pines and aspen groves via Soaring Tree Top Adventures, the longest zip-line course in the US, and rattle through wilderness accessible only by train on the historic Durango & Silverton Narrow Gauge Railroad, a journey that brings Colorado’s old west history to life. 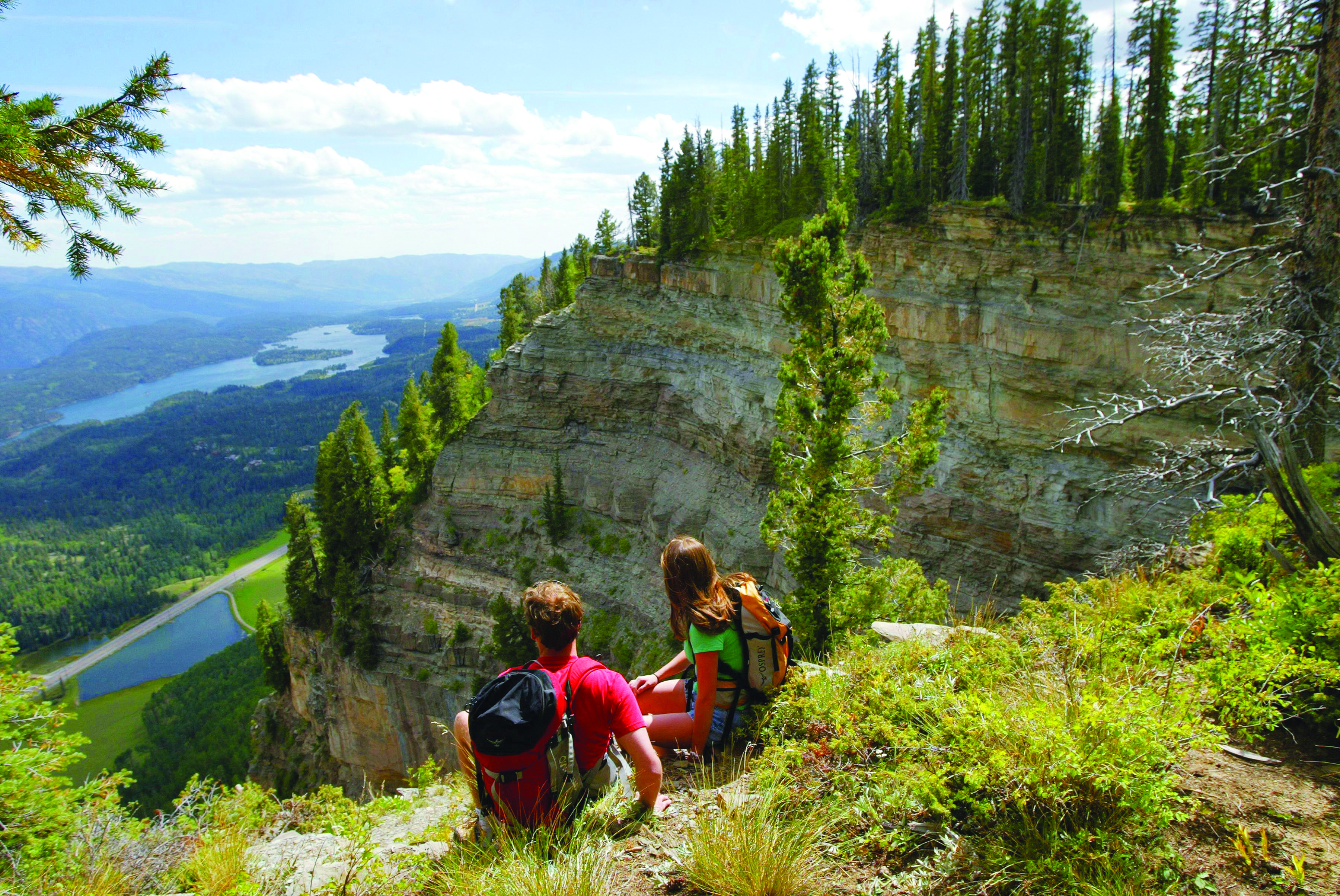 A view over Durango

Then it's a straight shot east on Route I60 and the I25 for more adventures at the otherworldly Great Sand Dunes National Park, home not only to the tallest sand dune in North America, but rental sleds and boards to surf its soaring sands. It's nearby Durango that delivers the stuff of Wild West fantasy... authentic heritage, ancient ruins, thriving arts and outdoor adventures.

Our journey ends in Colorado Springs where we sip and savour the flavours of some of 30-plus regional craft breweries, distilleries and coffee houses scattered through its historic districts. There is a vibrant art community in the region, too. Hundreds of artists call the areas of historic Old Colorado City and Manitou Springs home, and it doesn't take long to realise why. When not absorbing the city's culture, there are horses to saddle up, hiking trails to tackle and the many twists and turns of the Pikes Peak Highway to traverse for jaw-dropping views and infinite blue skies from the 4,302m summit. 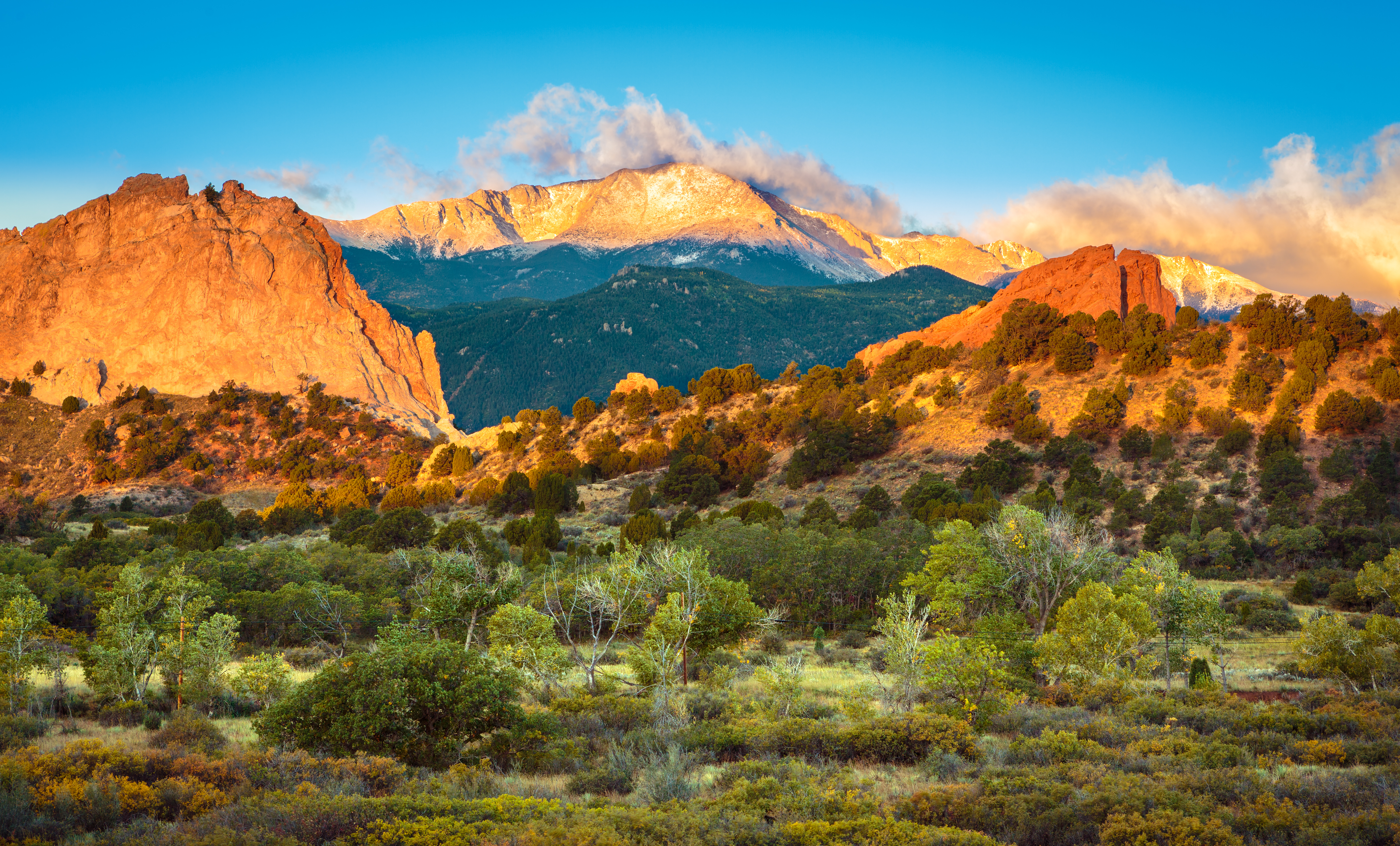 Garden of the God's Park, near Colorado Springs, has 526ha of jagged sandstone formations

After seeing where Team USA Olympic dreams begin on a tour of the Colorado Springs Olympic Training Center, we were inspired for a day of active adventures. The adrenaline surges as we zip across seven cascading waterfalls on a series of zip-line courses and rope bridges at Soaring Adventure Seven Falls and take a jeep tour across America's highest suspension bridge, 291m above the Arkansas River, at Royal Gorge Bridge & Park. There’s also the 500-million-year-old underground world to explore at Cave of the Winds Mountain Park, an hour's drive south of Colorado Springs. And for heart palpitations of a different kind, a visit to the Garden of the Gods Park delivers the extraordinary sight of ancient rock formations in shades of red, pink and white towering over hiking and cycling trails.

We swapped the thrills for chills as we cast our lines fly-fishing in the world-class waters of the Arkansas River that evening. As we sat back and relaxed in nature, this serene river spot in Colorado Springs was perfect for reflecting on our 12 action-packed days and nights exploring extraordinary Colorado.