Cruising the Pacific with kids: beautiful, simple and fun

Anna King Shahab shares five reasons why cruising is an excellent way to holiday with kids, and five tips for how to get the most out of it.

In less than four months, my family of four clocked up two cruise holidays - one a 13-night circumnavigation of New Zealand (with a quick call in to Melbourne) on Princess Cruises, the other an 8-night jaunt up to and around the Fiji archipelago and back on P&O Cruises. The two trips offered both quite different experiences in terms of location and variety of entertainment on board, but a good deal of similarity in that once you’ve cruised once, the whole notion of cruising becomes familiar: you get the knack for temporary ship life and the ease of everything. Here’s why I’d cruise again with my family, and some tips for getting the most out of your cruising experience. 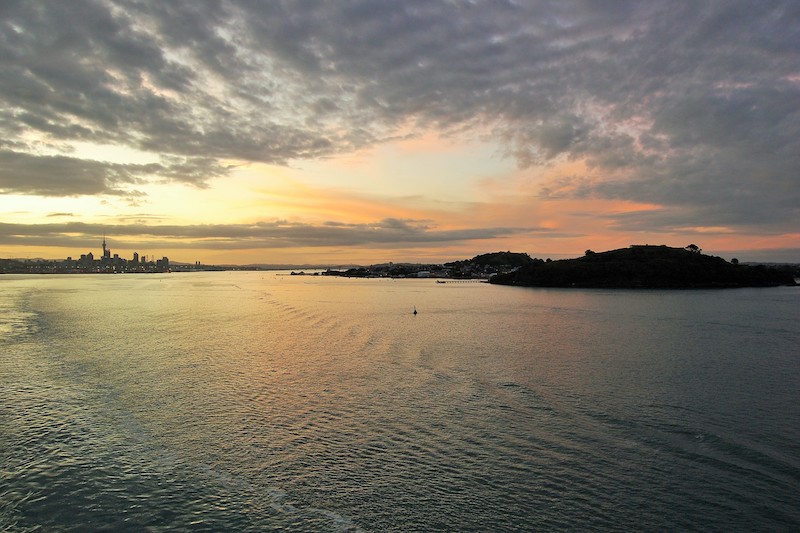 Holidaying on board a cruise ship is such a breeze. Starting from departure: both times we caught an Uber right up to the vessel itself and left our luggage with port staff who tagged it and sent it up to our cabin. We picked up departure forms and sat down with a coffee in Britomart, in downtown Auckland, while we filled them out (the ship’s in port for hours so there’s no rush). Then a quick stroll through customs and we were on board, armed with ID tags that would ensure swift on-offs for the rest of the cruise.

Most cruising companies offer kids clubs, split into various age groups, and from our two experiences, they were well-staffed and well-equipped. Our girls (aged 5 and 7 at the time) warmed to their kids club on our first cruise, so by the next time we cruised, they were old-hands; the first thing they wanted to do when we embarked was to sign up and bid us adieu! 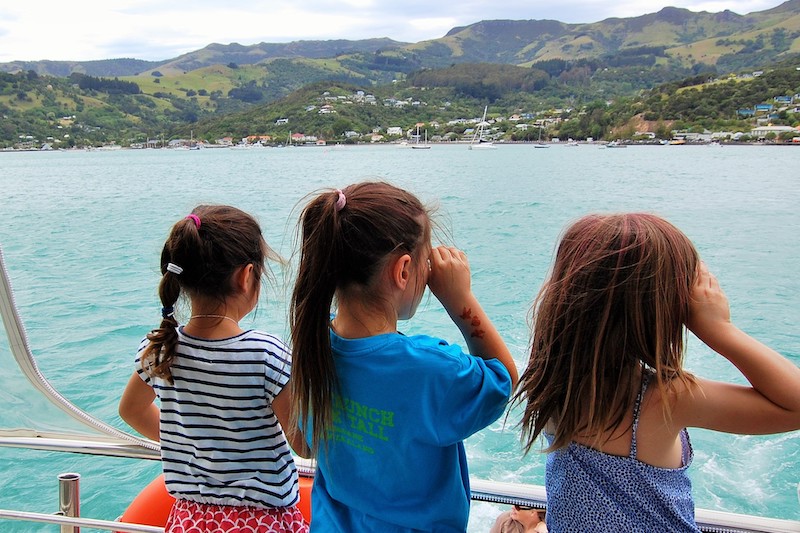 Kids will quickly make friends aboard the cruise (leaving you to some independence) (Photo: Anna King Shahab).

Seriously. Not only is your food all-inclusive (apart from the optional extra-cost restaurants, which are good value anyway and definitely worth checking out), but if you happen to get hungry between the main meal times - something children are expert at - you shall be sated; there’s always something to eat on offer.

There’s a reason why package holidays to Denarau in Fiji are so popular, and it’s partly because moving any distance between places when you’re holidaying with family tends to be not such a highlight - once you’ve flown in, you want to stay put. But on our cruise, we managed to call into three ports in Fiji, including Denarau, giving us a taste of three quite different places with a day spent in each. Circumnavigating New Zealand, we ticked off eight ports of call around the North and South Islands - something I cannot fathom doing in a car on by air with all the effort and cramped quarters, whereas cruising, you’re basically in a moving hotel. 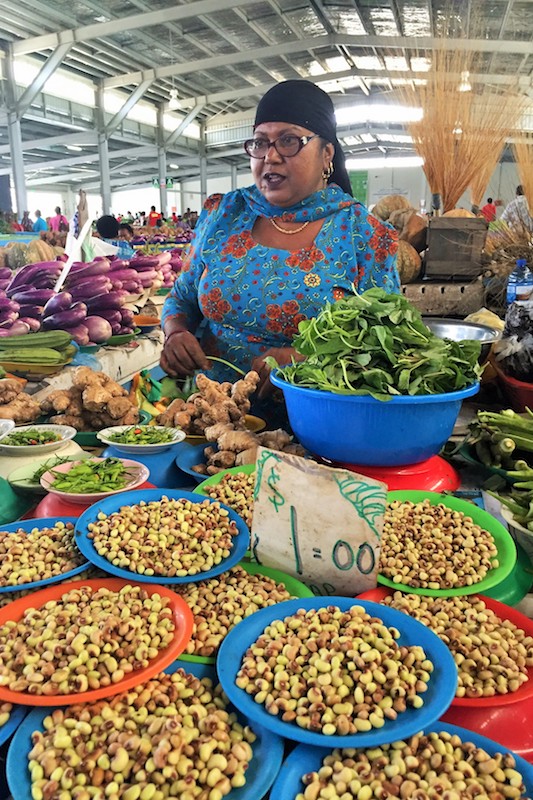 On both cruises we took, the crew were a real highlight. Because your cabin is serviced by the same steward each day, you come to know them and hear a bit about their life in some far away country, and often about their own kids back home. The girls got used to returning to the cabin after breakfast to find their facecloth animal origami of the day waiting on their pillows. The same goes for waitstaff in the restaurants - we’d see the same faces every day and have good chats, with our kids getting to meet people from so many different parts of the world.

- Embrace all the entertainment on board: don’t be a snob! Themed parties, shows, karaoke, art auctions, pub quizzes, bingo give it all a go – after all, it’s part of what you’re paying for and if you don’t try it, you might not know how… decidedly average you are at singing into a mic, in my case.

-Encourage the kids to get involved: On our P&O cruise the kids clubs practiced to put on a show for all the parents at the end of the cruise. My kids loved getting a chance to perform on the same stage we’d seen shows on, with proper lighting, music and all.

- At least sometimes, do the touristy things: the kind of things you might normally avoid. There are loads of on-shore excursions you can book at the concierge on board and because they’re all timed perfectly to work in with the period of time the ship is in port for, you don’t end up wasting time loafing around. When we docked in Tauranga, we took a bus tour inland to the Agrodome in Rotorua and to Te Puia Thermal Park. Ordinarily I can’t imagine attempting two things like this in one day but because we didn’t have to drive or really to think about anything, both kids and adults could relax and be entertained. In Akaroa we jumped straight aboard a harbour wildlife tour that took in seal colonies, plenty of seabirds and a few dolphins courtesy of the onboard terrier, Hector (named for the dolphins) who can sense where the dolphins are at. During these times our kids would manage to make friends with other kids, then seek them out on board the cruise ship to hang out, which was pretty cute to watch. 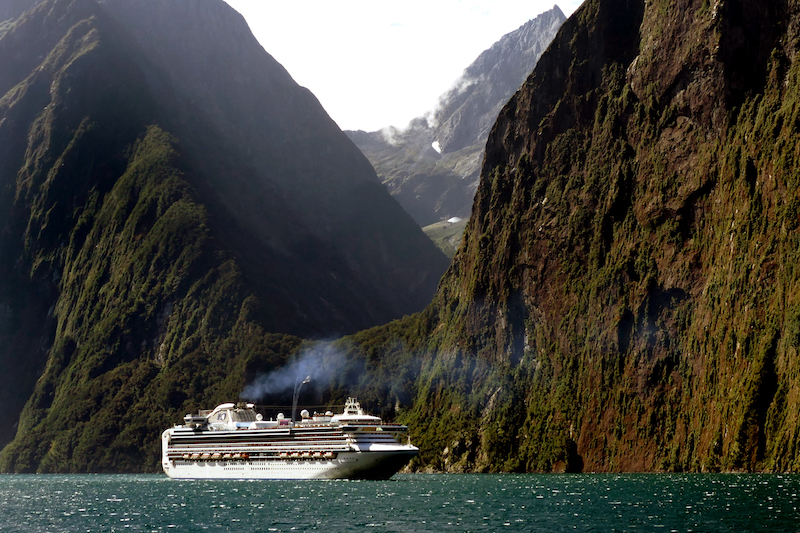 - At least once, book into one of the specialist restaurants on board: it’s nice to have a break from the buffet every now and then, and the small surcharge is worth it. We especially loved the steaks at the Crown Grill on Princess Cruises - cooked to perfection, and the high tea at Luke Mangan’s Salt Grill on board our P&O ship.

- Hit the gym: for reasons that will become clear after probably your first day on board a cruise, you might need to exert a bit more energy to balance out the calorific intake. And because your kids are in the kids club, you’re not even running around after them the way you do at home. The onboard gym, and the yoga and pilates classes, are your friend. Another we did was make a rule to always take the stairs instead of the elevator. You’ll be thankful for this when you don’t need to be rolled off the ship in your home port!

Cruises
The Suez Canal and four more unexpected cruise destinations
Cruises
Fun facts about the Symphony of the Seas cruise ship.
Cruises
What to know about cruise excursions
Cruises
Festive Cruising
Cruises
A beginners’ guide to river cruising
Cruises
Discover what it's really like to cruise!
Cruises
How to take a solo cruise
Cruises
Natural beauty and pure luxury aboard the Pacific Explorer’s Great Barrier Reef cruise