Five beautiful Greek Islands where you can escape the crowds

Greece. The very name conjures up romantic images of hot summer nights, white washed buildings and the world's best salad. The problem is, everyone knows. Whether you're battling the crowds at the Acropolis, the traffic jams at Mykonos, or desperately searching for a spot on the Ouzo soaked sands of Santorini, it can all get a little overwhelming. Luckily, with more than 200 inhabited islands and dozens of swoon-worthy spots on the mainland, there are plenty of places you can go in Greece without ever wishing you hadn't. 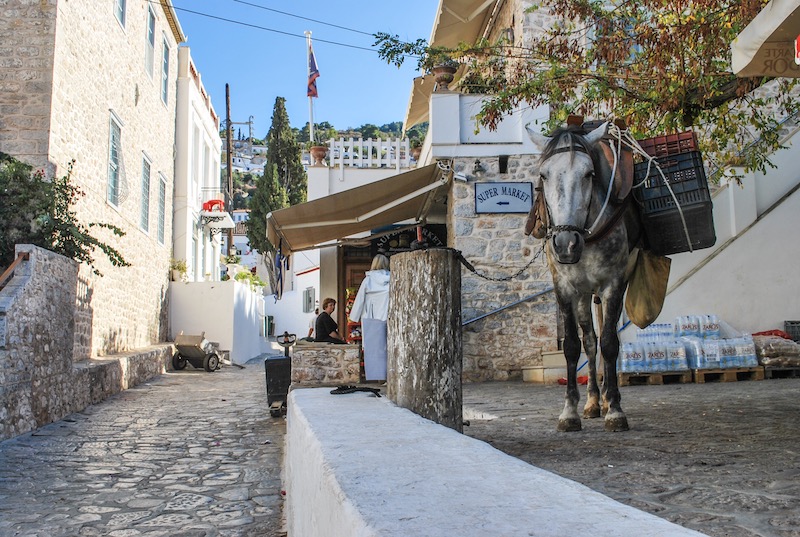 As the most famous on the list (and probably one of the most serene) Hydra remains one of Greece's most idyllic spots thanks to its impressive dedication to tradition. With the exception of a singular council-owned rubbish truck, there are no vehicles on the island whatsoever. You can walk the cobbled streets all day and hear only the clip clop of donkey hooves and the occasional purr because Hydra is inhabited by hundreds of donkeys, horses and gangs of chubby stray cats. The donkeys are used to cart everything from luggage to building supplies. The cats serve a less practical purpose, but are incredibly charismatic posers if you have your camera handy. 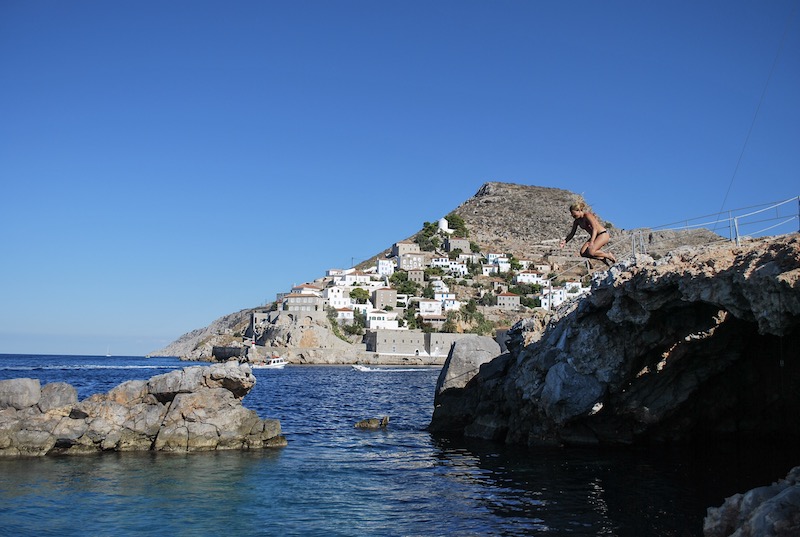 Worried about crowds? No need. The number of visitors is capped and Hydra can only be reached by boat. By night, watch the sun go down from a cliff side bar or trawl the streets lined with the best seafood restaurants. By day, practise your dive bombs off the rocky cave edges or take a long walk to the barely inhabited edges of the island. It's the dictionary definition of tranquility. 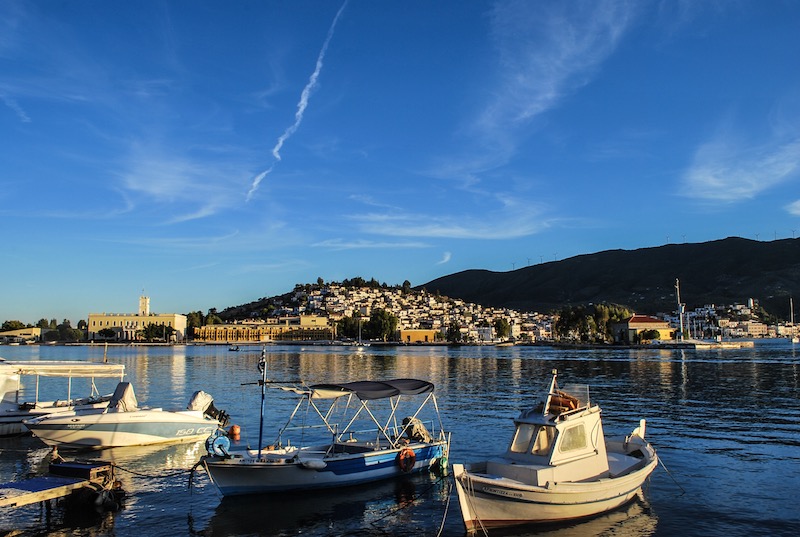 Craving a little adrenaline to mix up your daily stroll from the beach to the bar and back? Head to Poros. It's only 50 square kilometres in size, but this tiny island packs in dozens of pine-fringed and secluded bays that are best explored by scooter or quad bike. Race your mates, stop to explore the Temple of Poseidon and wobble your way back down a dirt road after a traditionally enormous taverna feast. If you prefer a more scenic pace, you’re bound to be stopped in your tracks by a wandering goat herd or a tortoise basking in the sun. Given you can lap the island in less than 2 hours, prepare to find something new on your second, third and fourth time around. 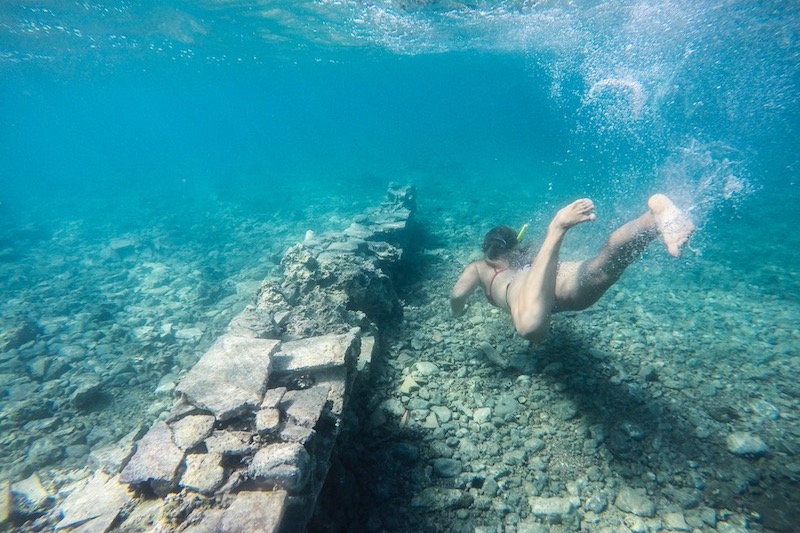 If you've gone all the way to the home of a world famous ancient civilisation, chances are you're going to want to see some old stuff. The mainland town of Epidavros boasts a wonderfully preserved ancient theatre that seats 13,000 and still holds performances. If you're prone to overheating and prefer your sightseeing with the company of rainbow-hued fish, head to the Sunken City. Just a few metres off the coast you can explore the ancient agora of Epidavros, complete with crumbled walls and storage jars which are easily visible on the seafloor. It's completely free if you bring your own snorkelling gear, and who would decline a chance to spend even more time in that flawless water? 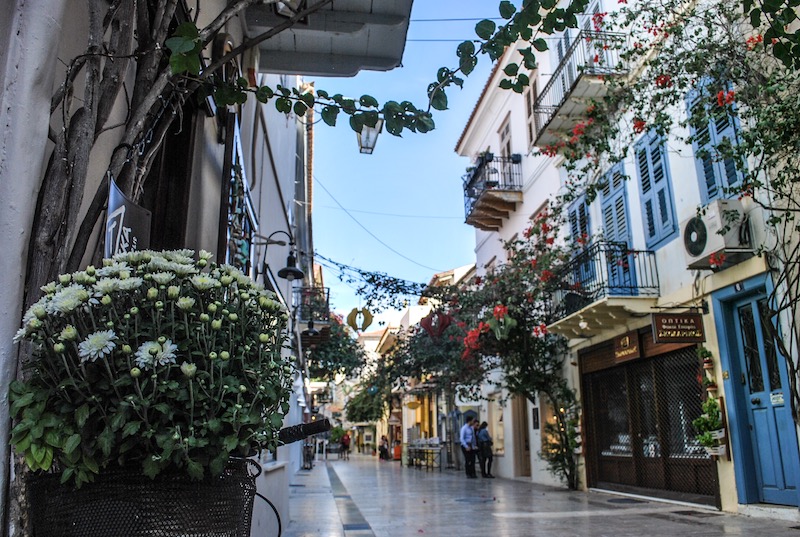 A favourite with the cruise ship crowd but yet to lose its small town appeal, Nafplio is an absolute charmer. Part of the Peloponnese region, Nafplio caters to shopaholics, history nerds and beach bums alike. Stay in a boutique hotel in the colourful old town to really indulge your hedonistic side: it's what the ancient Greeks would have wanted after all. Sleep late, eat real Greek yoghurt in a shaded alleyway and trek to the Palamidi fortress for breathtaking views. Or if you're too full of yoghurt, a short walk around the coast will take you to the bays and seawater swimming pools where you can bask like a lizard. Feel like a drink? Take in the view of the Bourtzi, a castle in the middle of the harbour, from the comfort of the waterfront bar. 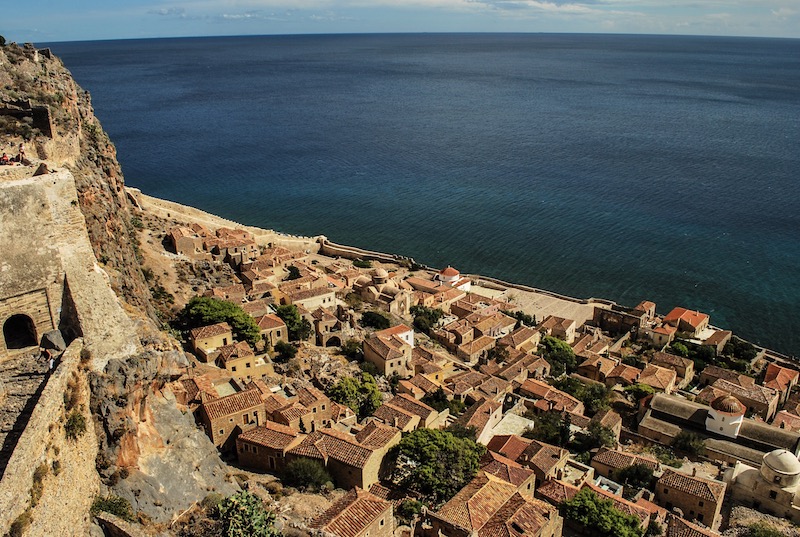 Impossibly romantic and almost untouched by modern architectural influences, Monemvasia is utterly magical. It's a medieval rock island fortress, and if that description alone isn't enough to entice you, the dramatic cliff drops and perfectly preserved old houses might. The Lower Town is where you'll find restaurants, craft shops and the homes of Monemvasia's 15 residents. But the pilgrimage to the Upper Town is where the real rewards lie. Explore the ruins of aristocratic mansions that once dotted the top of the rock and check out the only remaining building, the magnificent Agia Sofia church. Catch your breath, and gaze past the terracotta roofs out to the Aegean Sea. It’s enough to make even the most agnostic travellers feel inspired by the gods.