Go East and go by boat

More than 70 percent of the earth’s surface is covered in water. That makes cruising one of the best ways to see the world, and this includes its most exotic locations. The diverse coast and the legendary rivers of Asia offer some of the most intrepid locations that can be accessed by ship. From Shanghai’s famous Bund, to Ho Chi Minh’s history, and the Ganges’ temples, a cruise gives you close up access to some of the Orient's greatest sights. Simon Day explores some of Asia’s finest cruise destinations.

This shiny modern metropolitan behemoth is China at its finest. Shanghai has grown rapidly into a futuristic city, yet it retains much of its old world charm. These two worlds stare at each other from either side of the city’s river. Historic lanes lead to the Bund, its waterfront architecture the symbol of Shanghai for hundreds of years. Keep an eye out for brand new brides putting on performances for photographers, the city as a backdrop. 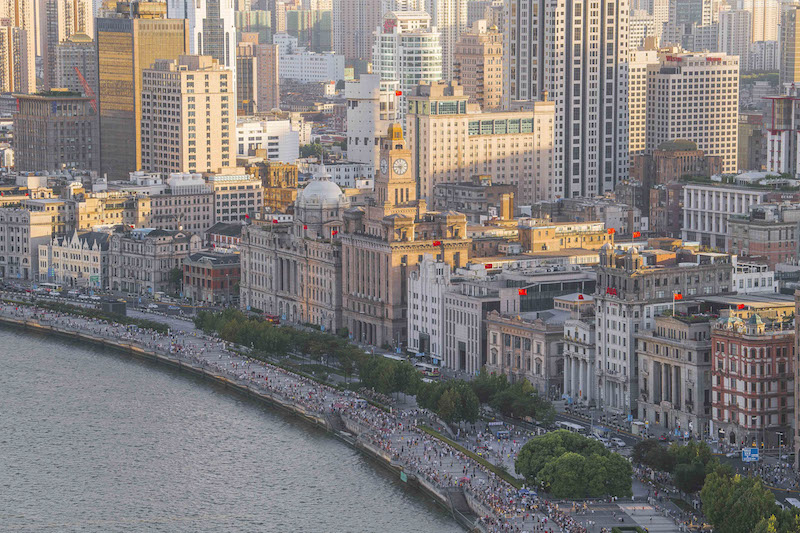 The architecture of the Bund is a famous part of Shanghai's heritage.

Across the water rises the new development of Pudong, a symbol of China’s booming economy. As the ship leaves the city down the Huangpu River it cuts a path between the new and old until the skyscrapers disappear behind the horizon. 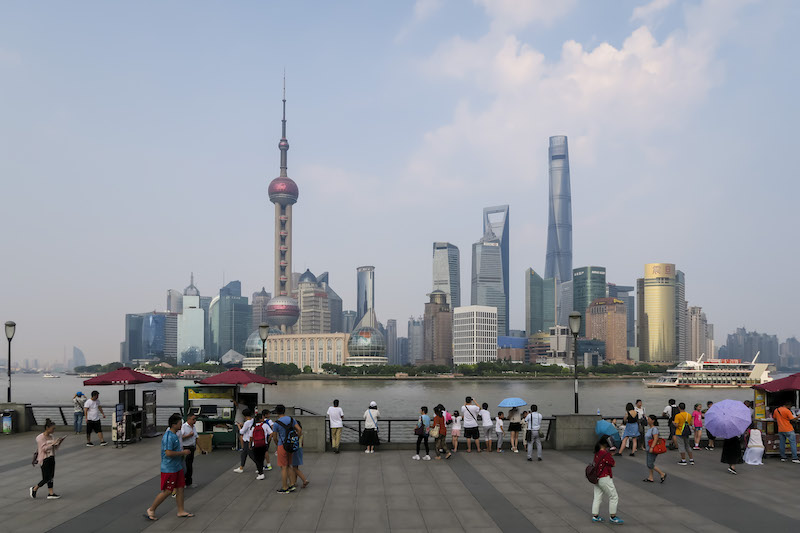 The growth of Shanghai's financial district is a dramatic image of China's development.

On the northern coast of Vietnam, in the Gulf of Tonkin, more than 1600 islands jut sharply from the sea in Ha Long Bay. The sea has eroded the limestone tombs of Ha Long Bay into a UNESCO heritage site.

The Unesco Heritage Site is highly popular with tourists for a reason. The limestone landforms have been eroded by the sea creating dramatic cliffs that fall into the ocean, cone pillars topped with vegetation that climb toward the sky, and caves that are cut beneath the stone by the water. These ornate caverns can be explored by kayak.  The best way to experience this extraordinary natural phenomenon is by cruise, your accommodation floating amongst the bay’s stunning islands. A cruise is the best way to explore the natural wonder of Ha Long Bay, Vietnam.

The journey by sea to Hiroshima carves its way through Japan’s southern Islands to a city whose recent history has a permanent presence on human psyche. Peace Memorial Park is both a monument of the devastation caused by the world’s first nuclear attack, and a tribute to a commitment that it must not happen again. The park has two main buildings. The museum documents the dropping of the bomb on 6 August 1945, and the destruction and suffering it caused. The A-Bomb Dome is the ruins of one of the few structures left partially standing of what was once Hiroshima’s political and economic heart. The park’s memorial implores humanity not to make the same mistake again. The Peace Memorial Park is an emotional tribute to the victims of the first nuclear bomb.

While a visit to the park is an emotional experience, Hiroshima refuses to let its history cast a shadow over its modern existence. The city is lively and famous for its food - especially its seafood and okonomiyaki - a delicious Japanese culinary must try. A savoury mix of cabbage, egg, and noodles is fried into a pancake on a hot plate in front of the diners, and topped with pork, prawns or octopus and served with a deliciously sweet barbecue sauce. It’s gourmet street food, that’s been exported around the world but nothing tastes like the okonomiyaki of Hiroshima where there are more than 2000 different specialist restaurants. Okonomiyaki is a specialty of Hiroshima.

The embarking point for a spiritual cruise up the lower Ganges, Kolkata is worthy of as many days you can spare. India’s second largest city is a vision into the country’s colonial history, the intense development of the world’s second largest nation, and its poverty. The vintage yellow Ambassador taxis rolling past the grandiose Victorian architecture is a reminder that Kolkata was India's capital under the British Raj from 1773–1911. Built between 1906 and 1921 Kolkata's Victoria Memorial is dedicated to the memory of Queen Victoria.

Kolkata sits on the banks of Hooghly River one of the holy Ganges’ tributaries. Sunrise from the Howrah Bridge (apparently the busiest bridge in the world in terms of foot and vehicle traffic) warmly lights the families washing in the river, and the Mullick Ghat Flower Market where thousands of blooms are sold every day to decorate temples, and export across the region.

Bengali cuisine is an iconic part of Kolkata and features a lot of fish and many green chillies. Before you embark take a cooking class to learn about the pungent flavours created by the regional use of mustard oil, and make sure you have a chicken kathi roll - marinated chicken wrapped in thick fried roti - from one of the city’s many restaurants.

Laos is an escape from the rampant expansion of tourism across Southeast Asia. Here things seem to move a little slower. At the convergence of the Mekong and the Nam Khan rivers in northern Laos is the ancient city of Luang Prabang, a sacred site of Buddhism. Expect a both peaceful, spiritual experience exploring the town's temples, and busy vibrant visit full of colour. While the town has invested significantly in tourism and its population has grown, it’s retained a relaxed vibe, hidden away in a corner of paradise. It’s an essential stop off for any Mekong river cruise.

The influence of the French colonial presence is still strong, both in the architecture and food. You can start your day with a croissant and coffee in a cafe set inside a converted French villa. You will be quickly brought back to your geographic reality as hundreds of monks, dressed in their bright orange and red robes, make their way each morning for tak bat. This is the daily tradition where the monks line the street in silence and the town’s residents make food donations to the monastic community. 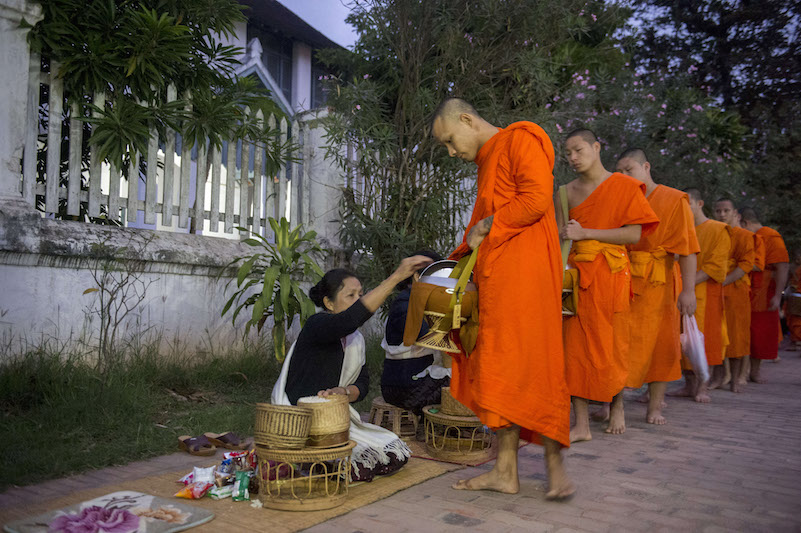 Visit the night markets to pick up local weaving, learn to cook the local cuisine, see the nearby cascading Kuang Si falls, and eat barbequed fish. But most importantly sit back and admire the natural beauty of Laos as the sun sets over the river with a beer or cocktail in hand, knowing that you’ve got to this remote corner of the world in the comfort of a cruise.