Small enough to be manageable, but big enough to boast a variety of landscapes, beaches and towns, the island of Oahu makes an ideal road trip destination. Catherine McGregor gets behind the wheel.

Honolulu's a fine city, and Waikiki is both truly spectacular and a lot of fun, but if you come to Oahu without seeing the rest of the island, you're missing out. Even if you don't rent a car for your entire Honolulu stay (the island's excellent bus system will get you to nearby beaches and attractions – but slowly), it's worth dedicating at least a couple of days to exploring Oahu's gorgeous coastline.

With that in mind, we decide to make a day trip of it during a recent Honolulu holiday. It's still dark when we get behind the wheel in Waikiki; as we head south out of the city the sun is rising over Ko'olau, the vast mountainous ridge that separates Oahu's drier leeward side from the more tropical windward coast. Our first stop: Hanauma Bay, a coral-strewn marine park that's the best place on the island for snorkelling. It's also a favourite pitstop for honu, the local sea turtles, who – like their human counterparts – like to spend many hours lazily basking in the sun. Hanauma Bay is such a wildlife hub that before entering visitors are required to watch an introductory video, which includes instructions on how to treat the turtles (no touching!). 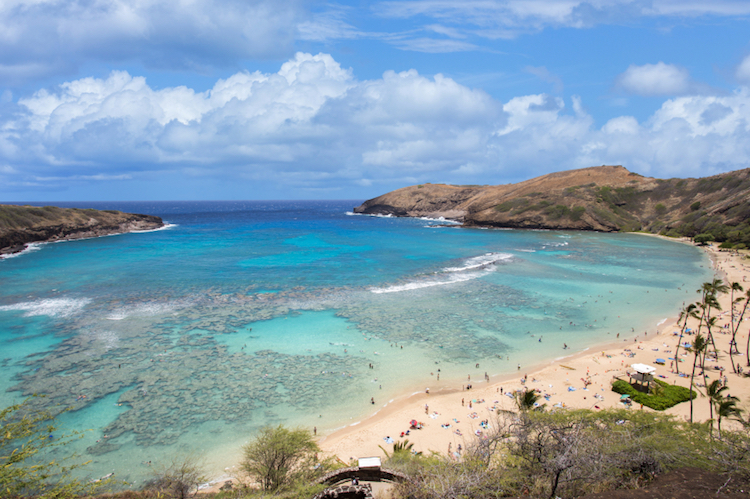 A few minutes' drive from Hanauma Bay are two spots with special significance for President Barack Obama, who grew up in Honolulu. The huge shore break at Sandy Beach makes it a favourite with bodyboarders and bodysurfers, including President Obama. But be warned: this beach isn't nicknamed “Break-neck Beach” for nothing. Nearby, the Halona Point Blow Hole spouts water up to 15m at high tide, and was where the ashes of the President's mother were scattered in 1995.

Another 12km down the road and we're ready for breakfast. The Hawaiian Island Cafe is a hippy-ish little spot near Waimanolo Beach, serving pancakes, waffles and the ubiquitous acai bowl, a super thick acai berry smoothie topped with granola and sliced bananas. The chicken gorgonzola sandwich here is renowned, but it felt a little too early in the day for poultry and cheese. As for the nearby beach, it's breathtakingly gorgeous, of course, but let's be frank: if you stopped at every gorgeous Oahu beach your road trip could take weeks. 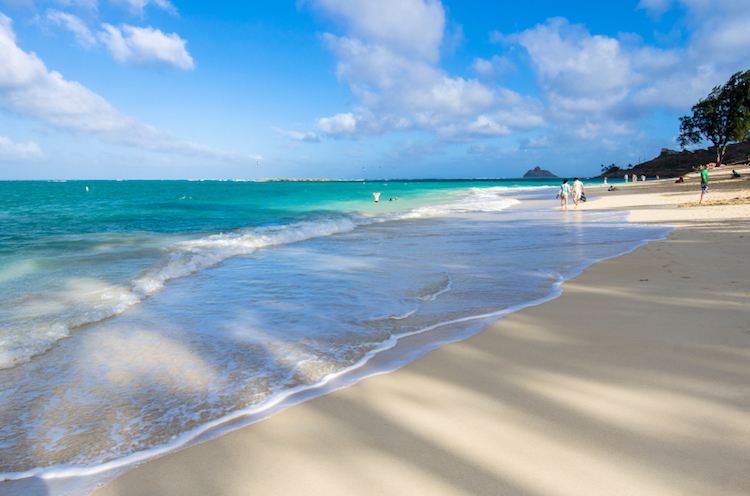 Onwards, then, to Kailua, a vibrant beach community on Oahu's eastern side. Check out the beach, regularly named among the world's most beautiful, stock up on supplies for the trip (there's a Whole Foods supermarket on Kailua Road) and then head north, out of town. The road here winds past lush tropical greenery and pristine, near-deserted beaches. Near the northern tip of the island is Kualoa Ranch, an enormous private nature reserve that offers a huge variety of guided tours and expeditions, including visits to the filming locations of movies and TV shows including Jurassic Park and Lost. If you're a fan of the latter TV series, you may want to make a special trip to the “Survivor's Beach” (properly named Police Beach) near Haleiwa on the North Shore. 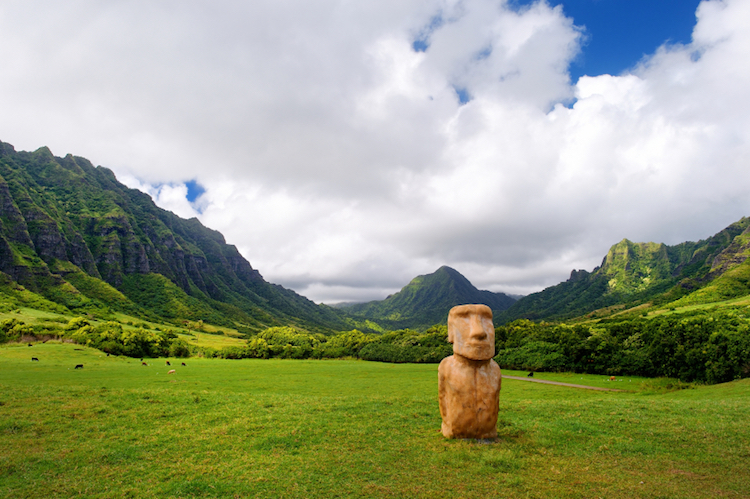 And that's where we're heading. As we drive further north the landscape gets wilder and the towns fewer and farther between. But it's not the land that brings people here, it's the ocean. The North Shore is a surfing mecca, home to some of the world's most famous surf breaks and the hotly contested Triple Crown competition. The largest waves – and the international surfing stars – arrive during the northern hemisphere's winter; during summer, the area has a tropical, laidback vibe.

The main town on the North Shore, Haleiwa started life as a sugar plantation settlement in the late 19th century and still retains many buildings from that era. As well as being the area's cultural and social hub, Haleiwa is home to some of its best places to eat. Grab a burger or grilled fish sandwich from Kua Aina Sandwich, then head to Matsumoto for shaved ice, otherwise known as a Hawaiian snowcone. Introduced to Hawaii by Japanese plantation workers more than 100 years ago, the neon-coloured dessert is now a state-wide favourite. For the full Hawaiian experience, choose a tropical flavour combination like guava, papaya and lilikoi (yellow passionfruit). 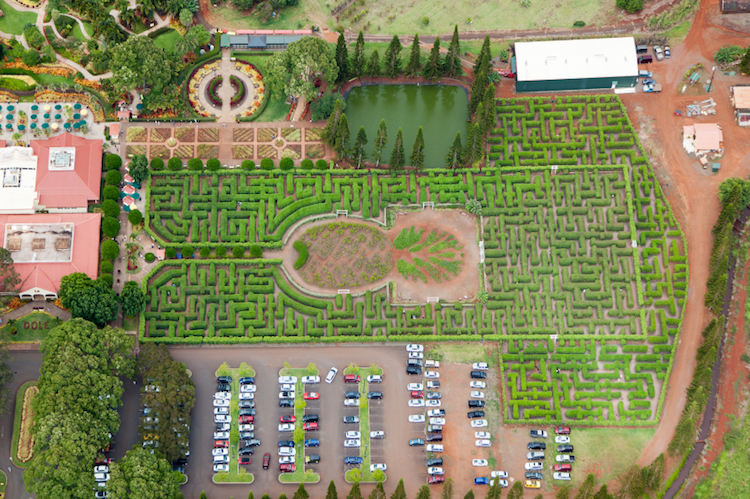 An aerial view of the maze at Dole Plantation, Oahu. Credit: iStock.com

There's much more to do around Oahu's northern coastline. The acclained Polynesian Cultural Center is a vast living museum and theme park showcasing not only Hawaiian culture, but that of other Polynesian islands (including Aotearoa). Billed as “Hawaii's complete pineapple experience”, Dole Plantation is the historic birthplace of the global Dole pineapple empire and current home to one of the world's largest mazes. And a visit to the temple site at Pu'u O Mahuka Heiau State Monument is a two-for-one, offering both an insight into early Hawaiian religious practice and one of the best views on the North Shore.

But for us, they'd have to wait for next time. The sun was setting, and it was time to head south, back to our hotel. In an hour we'd be back amongst the bright lights and gleaming towers of Waikiki.