How to travel Spain by train

Whether you're sticking to one region or planning a grand cross-country tour, Spain's excellent train system makes car- and plane-free travel a breeze (and it's greener too).

Trains in Spain: the basics

Train travel in Spain is dominated by one name: Renfe (pronounced ren-fay), the national train operator. Unless you're travelling in certain regions where independent, small-scale networks still exist, any intercity train you take in Spain will be a Renfe train. Luckily enough, the national network is both extensive – all major towns and cities have at least one train station – and well run. Trains are clean and comfortable, and they take punctuality so seriously that compensation is offered for journeys arriving as little as 15 minutes late (refund policies differ by service).

Spain might be a large country, but its high-speed network – the largest in Europe – makes rail a feasible option for journeys of any distance. The superb high-speed AVE train network, of which Spaniards are justly proud, links major cities including Madrid, Barcelona, Malaga, Seville and Alicante. At speeds of over 180 kmh, Madrid to Barcelona by AVE takes just two and a half hours – without all the security hassles and travel time to and from the airport. 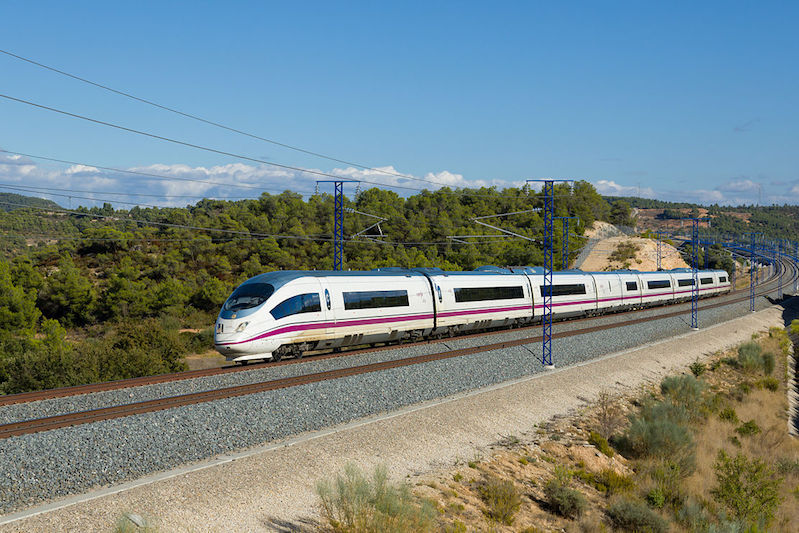 Where should I go?

From the verdant hills of Galicia in Spain's northwest to the arid Andalusian plains in the south, there are stunning train journeys to be had all over the country. For a holiday combining city thrills with serious beach time, take the EuroMed train from Barcelona south to Valencia and then on to Alicante in the Costa Brava. On the way you'll pass through the beach town of Benicàssim, where one of Europe's biggest music festivals takes place each July. Longing for the sound of flamenco and the scent of oranges? Take a train through Andalusia, stopping in Seville, Córdoba, Grenada and Ronda to experience breathtaking Moorish palaces, lush perfumed gardens, and whitewashed villages spattered with scarlet geraniums.

Spain boasts a number of once-in-a-lifetime train journeys, including the El Transcantábrico, a five-star 'cruise on wheels' travelling the northern towns of León and Santiago de Compostela; and Al Andalus, a 1920s luxury train once used by the British royal family, now journeying a circular route taking in the highlights of southern Spain. 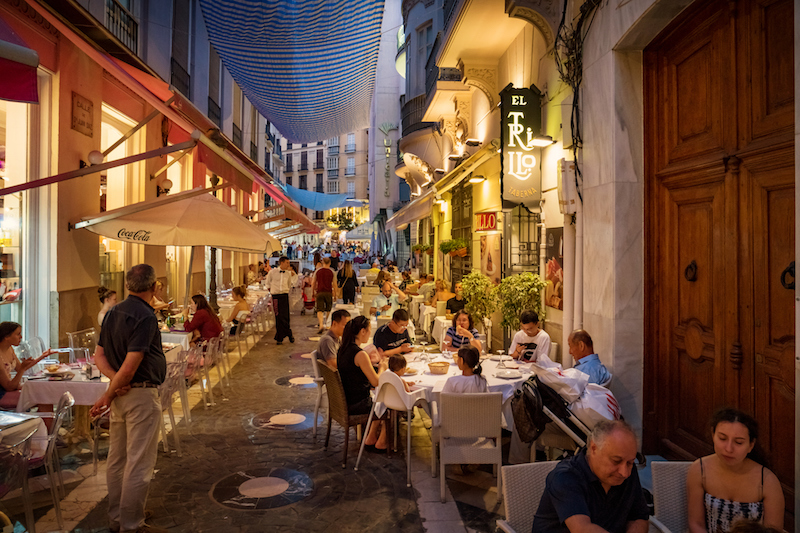 How do I buy tickets?

First things first: if you're travelling long distance (and sometimes even on shorter trips) you need a reservation – you can't just jump on a train and pay the conductor onboard. There are usually seats available on the day of travel, though it pays to book ahead around the peak holiday seasons like Christmas and Easter. Pre-booking can also save you a lot of money: an advance ticket is often less than half the price of an on-the-day full price fare. Don't speak Spanish? Renfe's station ticket machines have English language options, as does the Renfe website (click on 'Welcome' on the top of the page to reach the English site). Customer service staff at stations generally speak English too. 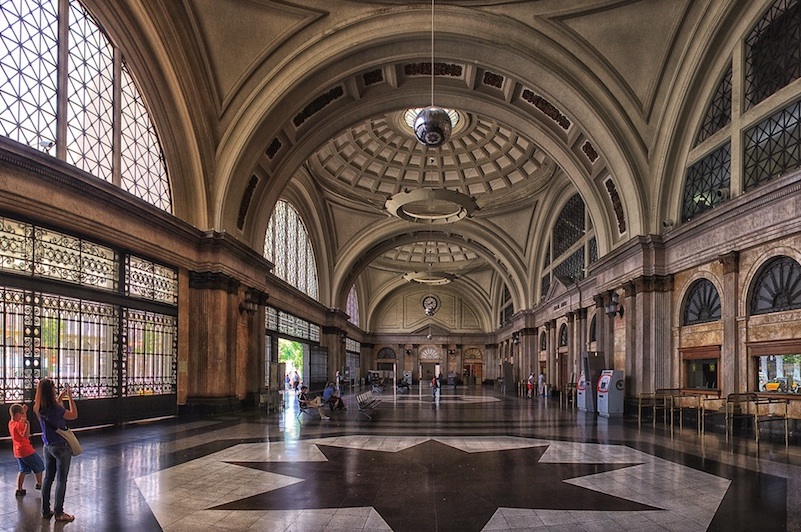 What about Eurail passes?

Eurail rail passes are available for Spain only, or as 'global' passes that are valid across 31 participating European countries, including Spain. Because reservations are now required on all Spanish long distance trains, Eurail passes have lost a bit of their old lustre, but they remain easily the most convenient and flexible way to travel by train. With a Eurail pass in hand there are no worries about committing to travel on a specific day. Instead you can turn up at the station and, as long as there's a seat available (there almost always is), just grab a ticket and go, at a cost far lower the full-price, fully flexible fare you'd otherwise pay on the day. 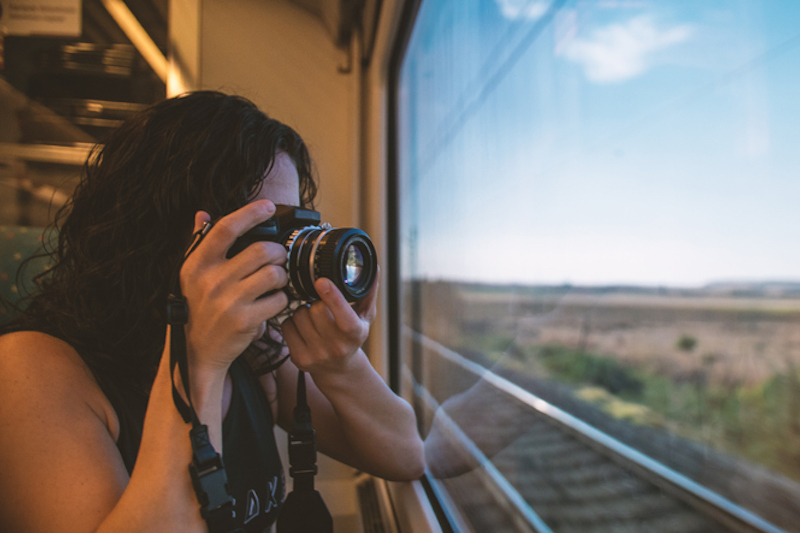 As someone who spent two weeks travelling through the country by train, I can attest to the fact that trains in Spain are uniformly excellent. Whether on the coastal EuroMed service between Barcelona with Alicante and Valencia, or high-speed AVE service between Seville and Madrid, you'll enjoy comfortable seats, clean carriages and generally very good punctuality. All seats on AVE trains have power sockets for laptops and mobile phones, and wifi is either a few Euros or free for Preferente/first class passengers. Those travelling in Preferente class on weekdays usually also get a free hot meal with wine. All regional and long distance trains have a cafe/bar serving hot and cold snacks, beer, wine and coffee. 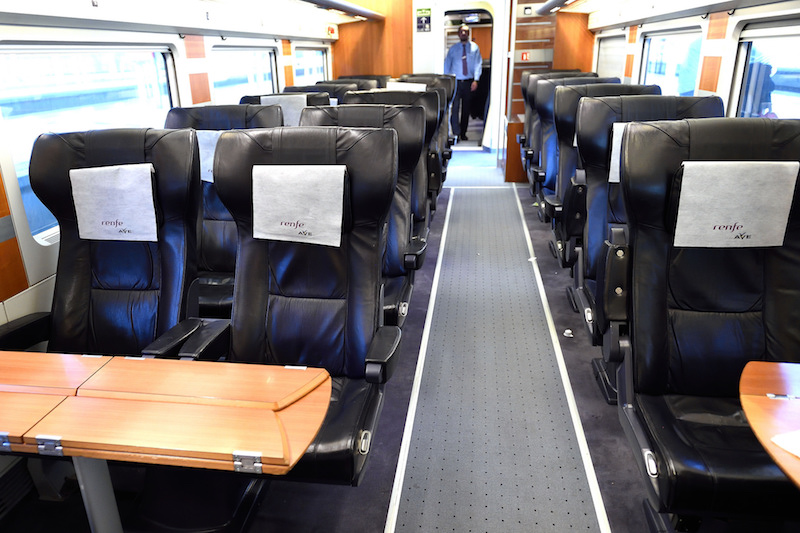