In Search of Tokyo's Best Ramen

Living in Auckland, Tim Lambourne thought he knew good ramen. Then he moved to Tokyo, where he discovered just how great the Japanese noodle soup can be. Plus – Tim Lambourne's three favourite ramen shops in Tokyo. 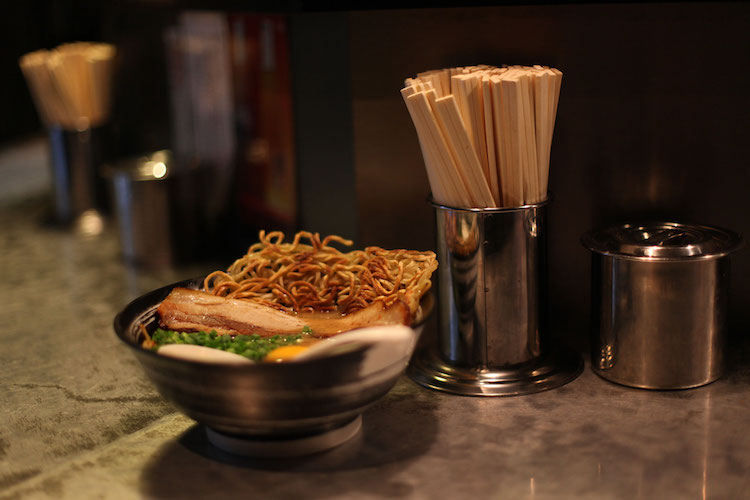 5.20am Saturday morning, Nakameguro, central Tokyo, Japan. The first night out in my new home of Tokyo. I knew one dude when I landed, Zen, and he took me on a whirlwind tour. Some swanky fashion party with free beers and pretty people to stare at; a late night stroll down Nakameguro river flanked by late spring cherry blossom trees; and some moves at Sound Vision, a packed and sweaty Shibuya nightclub that took us from midnight through till sunrise.

The kind of night that justifies your decision to buy a one way ticket out of our island paradise destined for the world’s big, bad megacities.

Even though the sun was blaring down, our eyes were struggling to cope and we were sweating into our now grimy shirts, we had one more stop.
Ramen.

My brushes with ramen to this point had been much more respectable - lunch or dinner meals at dinky Japanese restaurants and food courts in Auckland.

What I was about to learn is that ramen – a meal which is essentially broth, noodles, a piece of roast pork, a boiled egg and thinly sliced veggies – becomes something else entirely after a night of drinking.

The salty but balanced soup reacts in your mouth the way cheese dances with patty in a 2am Big Mac. But where cheese, patty and bun offer a few tasty chews, ramen broth quite literally floods your mouth: a washing machine of flavour that no tastebud can escape. This is followed by the crunch of springy noodles and roast pork, the fat oozing into the broth, making it oilier, saltier and even more delicious. 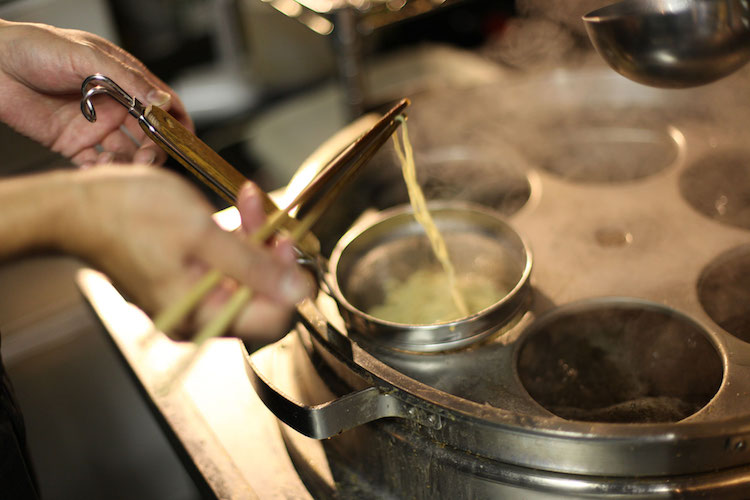 Since that fateful morning in Nakameguro I have been on a quest to find the best, worst and weirdest ramen throughout Tokyo.

Basic ramen consists of a stock (usually chicken or pork-based), noodles and some toppings: pork, boiled egg or whatever that particular ramen shop decides will sit atop the soup.

There are four major types of ramen that hail from different parts of Japan. Miso flavour (from Hokkaido in the north), Shio (salt) flavour, Shoyu (soy) flavour and Tonkotsu (pork) flavour from Kyushu in the south.

Attempting to talk about ramen with any kind of specificity is almost impossible – there are just too many bowls of ramen being produced to adhere to a rigid conformity. And that is one of the secrets to ramen’s explosion in popularity both in Japan and around the world. 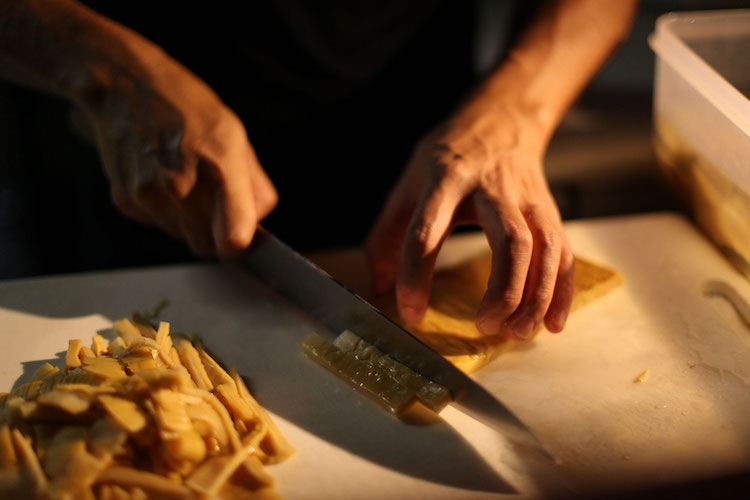 Where sushi is Japan’s oldest son – traditional, graceful and composed – ramen is the bastard child from a one night stand in China sometime in the 1950s.

Technique and tradition are respected, but creativity and experimentation are welcomed in the quest for a delicious bowl. No two ramen recipes are the same, which means no two bowls are the same, and the secret ingredients and techniques are closely guarded by their creator.

And with 35,000 dedicated ramen restaurants in Japan, there’s no shortage of competition, or experimentation. Tomato ramen. Fish ramen. Thai Green Curry ramen. Deconstructed ramen (known as tskumen, where the noodles and soup don’t touch until you decide they do). If you can think of it, it probably exists, or it will tomorrow.

My search for the weird and wonderful led me to a man called Kemma Hoshi, who has his own ramen restaurant, Yakimen Tsuguri, in the neighbourhood of Takadanobaba, a popular student area in Tokyo. 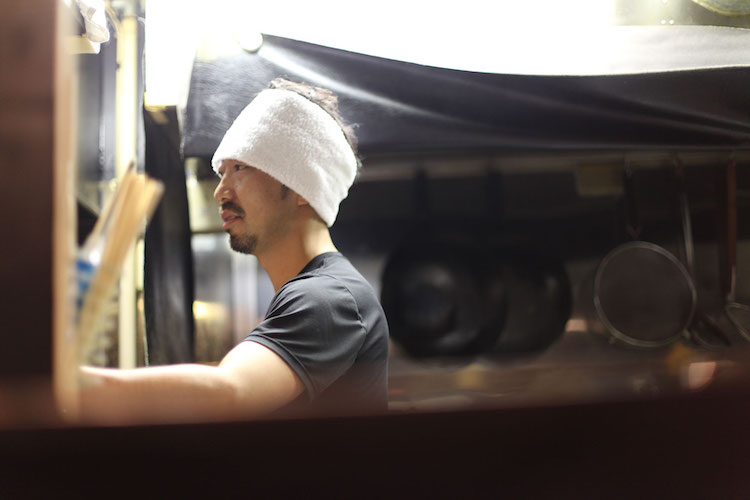 Kemma is 39, tallish for Tokyo standards, with a faint moustache and goatee. Despite producing thousands of bowls of a dish that is carbohydrates and fat he’s slim. Kemma speaks good English, has a desert-dry wit and speaks with a pragmatism about his ramen, and his life.

He left his soul-destroying salaryman job nine years ago when his aging father-in-law, a renowned Hokkaido ramen master, asked him to come and learn the family business.

Kemma quit his corporate job (“they were not happy” – nor was his wife), and departed Tokyo for Hokkaido in the north, spending five years learning the craft of ramen before returning to Tokyo to open his own spot.

Swept away by the romanticism of his story, I observe that it must have been freeing to leave his salaryman job for the pursuit of ramen.

“I work more hours in this job,” he replies dryly.

Kemma explains that his soup base takes about six hours to make. Pork bones, potatoes and a few secret ingredients (I was not informed of them nor allowed to photograph them) go into a pressure cooker. The result is pork bone so soft it melts like butter, creating a milky white soup base. Kemma then adds some soy-based sauce to punch up the flavour, before pan-frying his noodles. 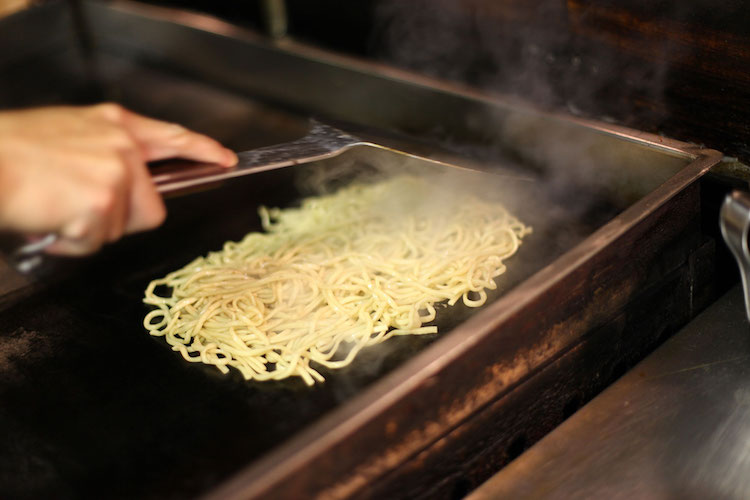 Kemma fries his noodles on one side so that they are crispy – he tells me he is the only ramen chef in Japan to do this. People come from all over the country to eat his ramen and there are often queues outside the door during the lunch and dinner rush.

If the soup is not perfect, he will not open his shop that day. “It has happened to me,” he says, speaking about broths that failed with the same grave tone of voice as if he’d been attacked by a shark.

Kemma’s ramen is a heavy bowl. The soup is thick, more like gravy than stock; the noodles the same, closer in diameter to udon, the slice of roast pork large, double the size of any I have seen before; and the egg is fried, not boiled.

I tuck in and I’m instantly rewarded. It is rich, very rich, but not overpowering or glutinous. I ask Kemma about that and he says it’s the potatoes. Without potatoes in the pressure cooker the soup becomes too oily. His unique selling point, the noodles which have been fried on one side, are a pleasing combination of silkiness and crunch. 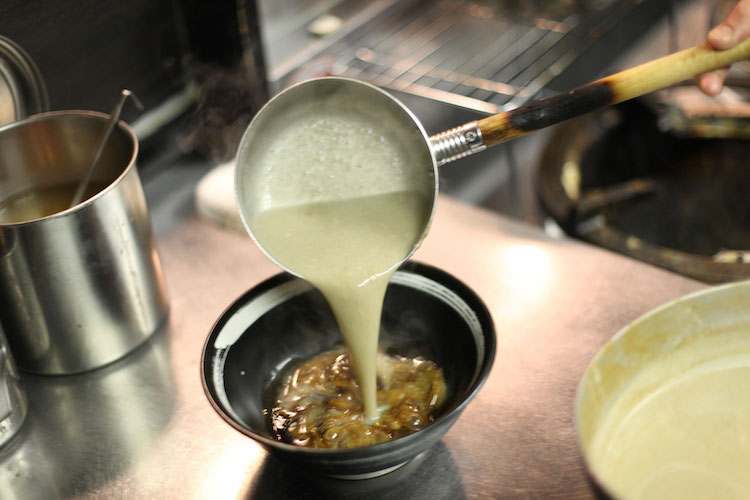 Since that day, as I make my way through more and more bowls of ramen, it all comes back to that one criterion. Chefs can throw the kitchen sink in the pressure cooker but, at the end of the day, it has to be a delicious bowl. If not, Japan’s ramen-spoiled population will head to one of the 35,000 (and counting) other ramen restaurants.

A heavy bowl with heavy toppings that will fill you to the brim without being glutinous or too overwhelming.

A Tokyo staple with seven locations across the city. My favourite (and the one we visited for the 5am ramen pitstop at top of this story) is the branch in Nakameguro. Get the Yuzu Shio Ramen.

Bassanova is the only bowl I found in Tokyo that captured the flavours of Thailand, while staying true to ramen. More than just a Tom Yum soup with Japanese noodles in it, Bassanova’s Tom Yum and Green Curry ramens are not to be missed. Go hungry and get them both.

Tim Lambourne is a New Zealand braodcaster, television producer and writer. He's lived in Japan and the United States and can currently be found somewhere in Central America.