In the Pink: Exploring the Wonders of Jaipur, India 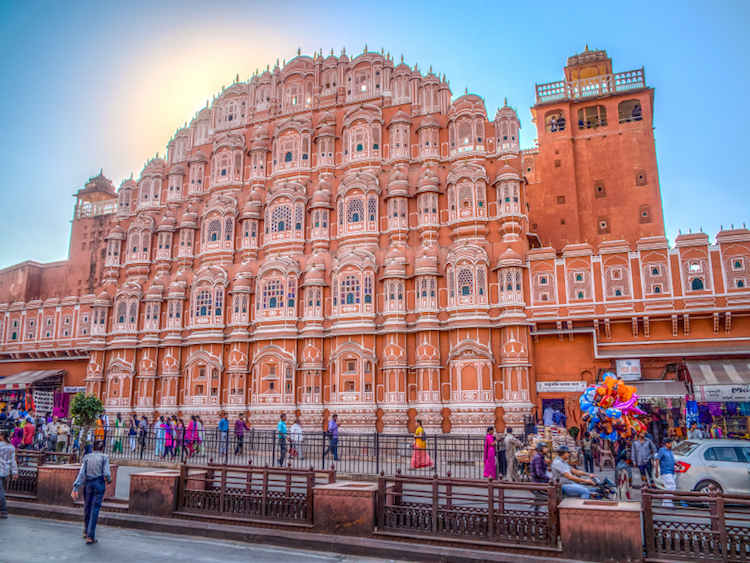 A hand-written sign on the outskirts of Jaipur is a testament not only to the genius of Indian copy-writing but a reminder that we're about to enter the most colourful place on earth.

But then Jaipur, the capital of Rajasthan, has long been considered India's most flamboyant and colourful city. It is, in fact, known as the 'Pink City', a reference to the ochre and bruised-raspberry tones of the buildings which were built in the 1720s along Hindu lines that emphasise harmony and mysticism. Pink, apparently, is the colour of hospitality and our guide tells that in 1876 the buildings were painted a dusky pink colour in honour of Queen Victoria's visit. Locals have kept up the tradition ever since.

Yet pink isn't the only colour on display: our eyeballs are given a workout by women in stunning orange, green and yellow saris, vibrant quilts hung outside houses and garlands of colourful flowers strung over everything from smoke-belching trucks to dazed bullocks that wind their way through the chaotic streets.

We're almost at the end of a nine-day Adventure World Essential Golden Triangle Tour through Rajasthan and although there have been plenty of jaw-dropping moments before now – including the Taj Mahal and Bengal tigers at a wildlife sanctuary – Jaipur registers high on the 'amazing sights' register. 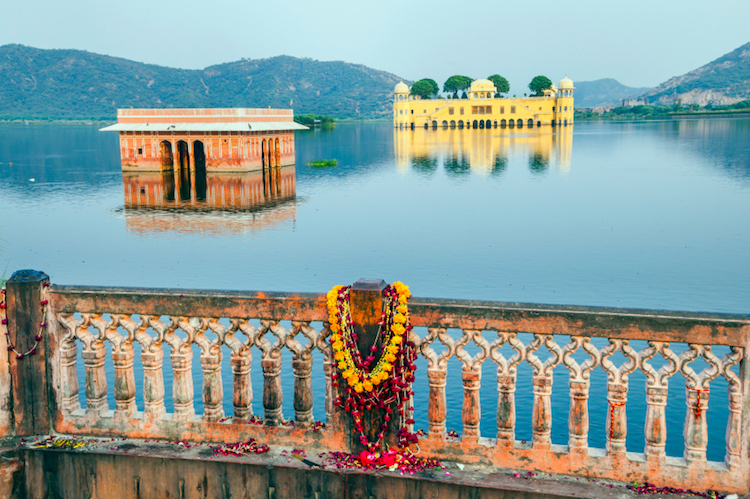 One of the city's most impressive buildings is Hawa Mahal, an intricately carved pink sandstone building that's modelled on a honeycomb.

Also known as the Palace of Winds, Hawa Mahal was built in 1799 by Maharajah Singh, and while we enjoy the spectacular views from its tiny windows, our guide tells us it wasn't much fun for the Maharajah’s wives who were virtually imprisoned here and forced to view life from behind the intricate mesh screens.

What should be a 10 minute drive to the Amber Fort turns into 40. Believe everything you're ever heard about Indian driving – not only do you share the road with cars, rickshaws and trucks, you're also in the midst of bicycles, wandering animals and random objects such as tyres, rubbish and, on one memorable occasion, a sink that found its way into the middle of the road. And be warned, cars are supposed to drive on the left, but there's no guarantee that everyone will follow suit.

In the end, our perilous journey is worth it: perched high on a hillside, the Amber Fort began life as the Maharajah’s summer palace. There are several ways to scale the steep slope to the honey- coloured sandstone structure – hire an auto-rickshaw or taxi, walk (not recommended when the mercury hits 42, as it does when we visit) or hitch a ride on the back of an elephant.

Being an animal lover, I'm not keen on the latter, but our mahout (elephant wrangler) tells us the animals are well looked after and only do five trips of the switchback a day. So we climb aboard for the slow but surprisingly comfortable trip up to the Fort, which is divided into four main sections, each with its own courtyard. 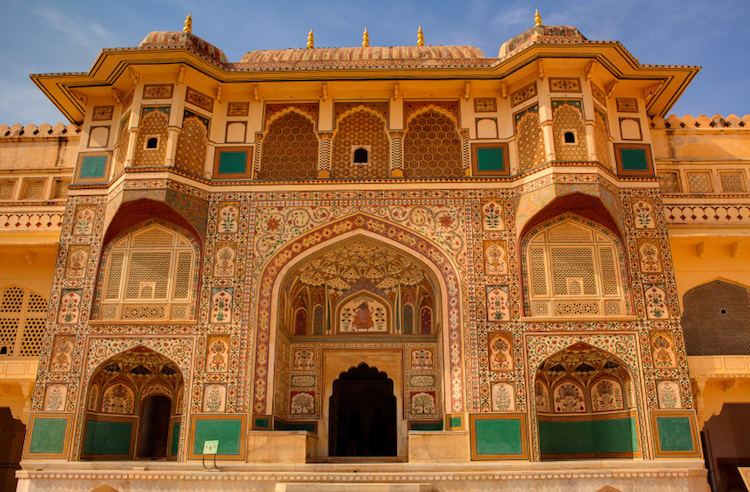 A courtyard at the Amber Fort, Jaipur. Credit: iStock.com

Inside, it's a riot of mosiaced walls, mirrored ceilings and a chandelier that takes more than 100 people to clean. The perfumed fountain was said to have been built for the Maharajah’s 12 wives and 365 concubines and there are ramps in the garden for the wives whose gowns were so heavy with jewels they had to be transported by wheelchairs. The best bit, though, is the view: across the lush gardens and lake to the mountains beyond.

Further down the road is the The Jantar Mantar Observatory – a slightly bonkers series of 18 massive plaster sculptures designed by the Maharajah – giant working sundials or devices for measuring the Sun’s distance from Earth. Nearby, in the City Palace, we gasp at the display of spiked weapons used to defend the city; the textile museum that features several outsize shirts and skirts worn by the elephantine Maharajah Madho Singh and the gorgeous, stained-glass-lit Durbar room where the king held court.

Many visitors are drawn to Jaipur for the precious and semi-precious stones it specialises in. The main gemstone area is in the south-east of the city where we wander tiny lanes to watch stones being cut and polished. If you're in the market for jewellery, make sure you buy from a registered gem dealer and don't forget the most important rule in India – to haggle!

After Agra and its stunning Taj Mahal, Jaipur is India's most visited city. It's easy to see why and as I head to New Delhi, I know I'll be back one day.