India by train: A Beginner's Guide

It's easy enough to get around India by air, but to really experience this vast and fascinating country there's nothing like travelling India by train. Too hard? Not at all. As Jill Worrall explains, rail travel in India is far less intimidating than it might seem. 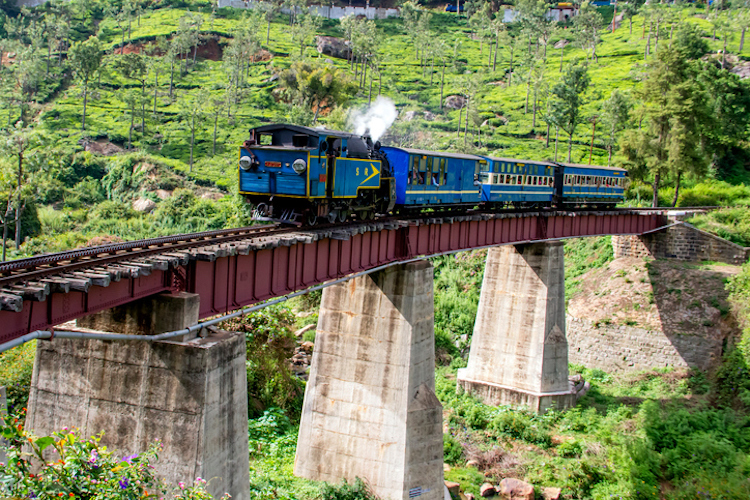 Nilgiri Mountain Railway (NMR) is one of the "Mountain Railways of India," which is listed as World Heritage Site by UNESCO. Photo: Dethan Punalur via Getty Images

Every day more than 23 million people board trains in India to travel on one of the busiest and most extensive rail networks in the world!

India has more than 63,000km of railways and at any one time those 23 million people are travelling on more than 12,500 trains. Looking after this vast and complex network is a staff of 1.5 million people!

All of which can make the thought of travelling around India by train rather daunting. But as someone who has spent a lot of time riding the rails on the subcontinent, I can assure you it's easily doable. Even though the railways were introduced to India by the British relatively late in the nation’s long, illustrious history, the Indians have totally embraced rail travel and very much made it their own. There is perhaps no more authentic way to experience India going about its daily life, and to meet Indians outside of the more tourist oriented situations such as hotels, major sights and shops.

With a bewildering eight classes of travel possible on trains (along with luxury trains especially aimed at foreign visitors) and journey times from a few hours to several days, there’s a train journey to suit every kind of traveller.

Sikh pilgrims pose for a photo on a train, India. Photo: Narinder Nanu via Getty Images

I’ve travelled to Agra from Delhi in superfast, air-conditioned comfort – little different to train travel in many parts of the world (and more comfortable than many). But I was also in a packed third class carriage all the way from Jaisalmer to Jodhpur across the deserts of Rajasthan and on numerous other trains in between the two, including Darjeeling’s famous toy train.

And it’s those ordinary trains, in which tourists are in the minority, that are always the most memorable.

No matter what class of travel you opt for, nothing can prepare you for the organised chaos of an Indian railway station. Rail adventures start before you even step aboard! First of all, there’s the matter of how to choose one man from a scrum of determined and enthusiastic red-turbanned porters who will mob you on arrival, followed by the initial fear as he disappears into the throngs with your bag perched on his head that you’ll never see him or it again! But engaging a porter for a nominal amount will save you having to drag a bag up and down stairs in some railway stations, and through hordes of people, many of whom seem to have been camped on the platforms forever. Best of all, the porters ask what train you’re travelling on and then get you and your luggage to the right platform, even to the correct section of the platform (Indian trains can be astonishingly long to us Kiwis). They also somehow manage to get your bag into the carriage when everyone decides to make a push for the doorway at once. 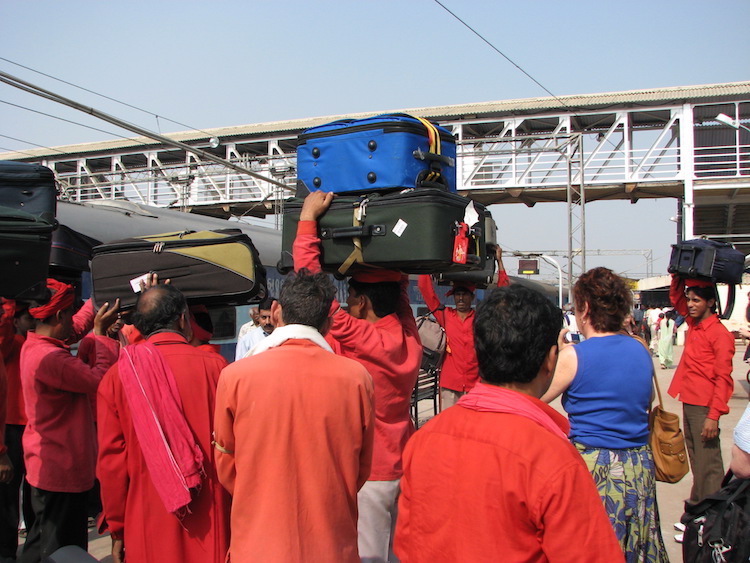 Booking your seat (or sleeper compartments or curtained bunk if you’re travelling long distance) is a must if you want to avoid having to scramble for a seat (and you’ll certainly almost never get a sleeper unless you book). And the system works – you’ll will find your name on the outside of the carriage (or something resembling your name – mine once turned into Timmy Wirrall!!).

And then it’s just a matter of sitting back while India comes to you on board and slips past outside. If you’re sharing a compartment with Indian travellers on long distance trains you will almost certainly be invited to share the home-cooked food they will have brought along with them. Need a cup of tea? Just listen for the arrival of the tea-wallah calling out “Chai, chai, chai!” as he moves down the corridor.

With your train paused at a station and a window that opens (not all do) you can buy hot samosas and pakora from your seat; once other vendors see you're in the market for snacks you’ll find bunches of bananas, peanuts and more being waved at you as well. 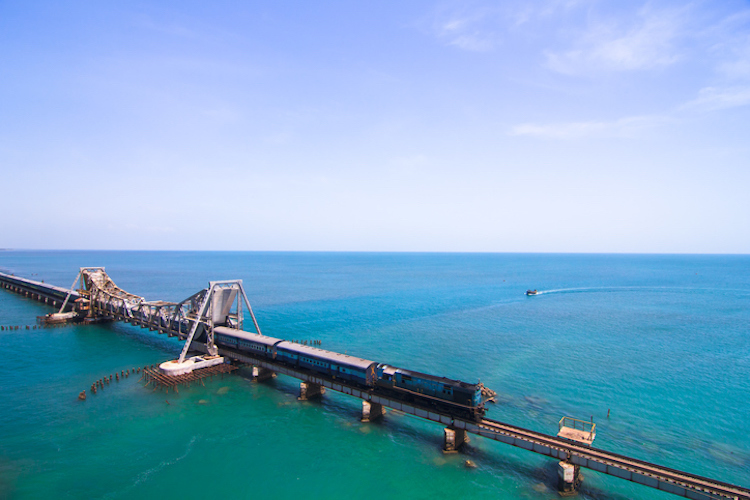 A train passing over the Pamban Bridge which connects Rameswaram on Pamban Island to mainland India. Photo: Getty Images

Although we often think of India in terms of overcrowded and polluted cities such as Delhi, India remains an overwhelmingly rural land. Trains pass by people bent double planting rice or harvesting wheat, oxen turning water wheels for irrigation, women in neon saris carrying water pots on their heads, and grandmas sweeping leaves in their courtyards.

Later, at dusk, there’s the fragrant waft from cooking fires through open carriage windows, the sight of parakeets coming home to roost in mango trees, and India’s dust-filled air creating incandescent sunsets. If you have a sleeping compartment, this is the time to convert your seats into bunks (I’ve been on the top of a three-tier bunk on one trip, my nose only a few centimetres from the ceiling) with clean linen and pillows provided.

It’s not luxurious, granted. But to lie on your bunk and listen to the forlorn trill of your train locomotive’s whistle as you hurtle through the night is to, briefly, be part of India…