Island of Hawai'i - All the Must-Do's

Most people know Hawai'i Island by its nickname, the Big Island. And it's this island's size, and rich variety of landscapes, which makes it such a brilliant choice for your Hawaiian holiday, as Diana Dobson explains.

Hawaii is one of those destinations that every time you visit, lives up to your expectations.

It’s a magical place that once visited, is forever somewhere you want to return to . . . and for good reason, whether it be the people, the water, the climate, the food, shopping, culture or history – the list goes on. 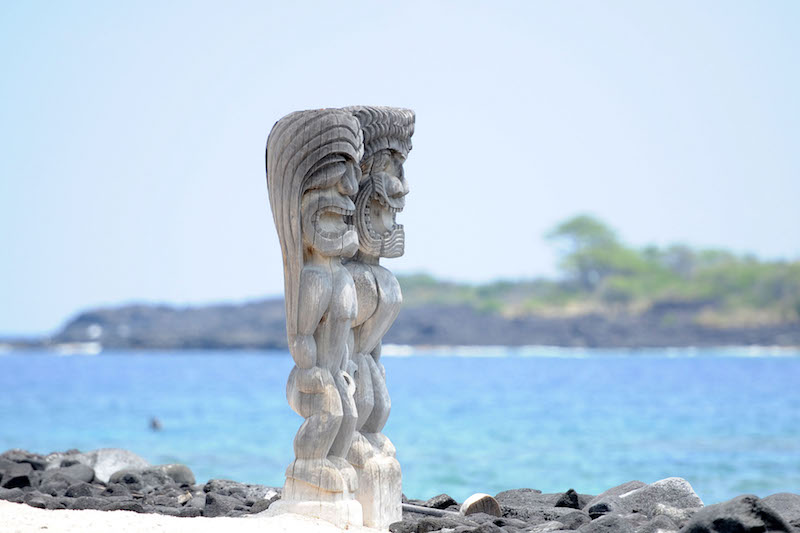 Know that you can fit everything into a very compact trip covering from mountains to sea – and for that, it's hard to go past Hawai’i Island – commonly known as 'the Big Island'. If you're heading there, this is my advice.

First thing is to most definitely hire a car. The island has so many wonderful places to explore, and many are out of the way and quite remote. We clocked up hundreds of miles over just a few days as we sought out the furtherest reaches of this beautiful island.

The volcanoes are a must on Hawai'i Island – four of the state’s active volcanoes are here. You can get lost for several days at the Hawai’i Volcanoes National Park: the colours, the starkness – and just knowing there is a whole lot of bubbling going on underneath your feet – makes it a fascinating place.

If you want a glimpse of that lava glow, time your day to finish at the Jaggar Museum in the late afternoon. It does get packed and you want a good spot to be able to see just what is happening at the active vent, which is within the Halema’uma’u Crater, in the caldera of Kīlauea. 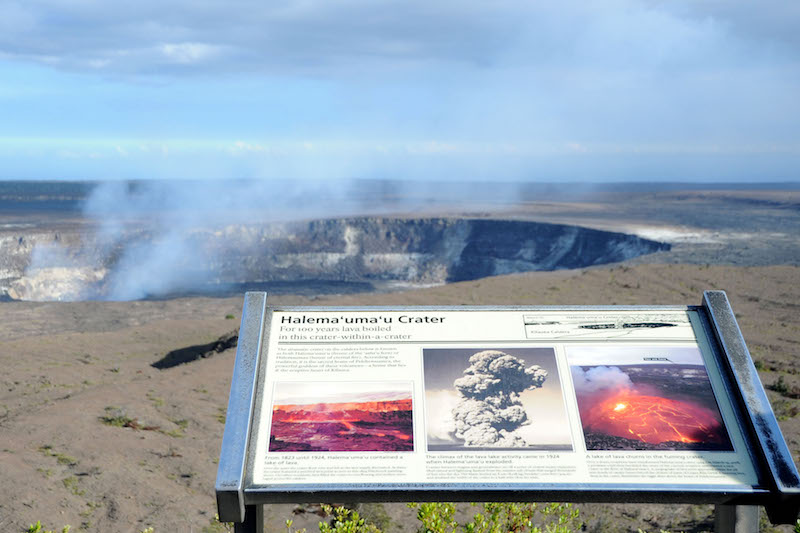 There is also a hike into a crater and across the hardened lava lake with an enormity that has to be experienced to be appreciated. Another nearby walk is through Nāhuku, also known as the Thurston Lava Tube, a dark and deep 500-year-old cave.

If you want to continue with the ‘living on the edge’ theme head to Ka Lae (South Point) where the brave – or crazy – cliff jump the 40-odd feet into the ocean from the southern most tip of the United States.

Hawai'i Island is also where Captain James Cook met his demise in 1779. It’s a bit of a walk to get down to the actual memorial site in Kealakekua Bay on the Kona coast, and far easier to hire a kayak and paddle there or take a boat tour. It is quite a rocky cove with big surges sometimes, but still lovely for snorkelling. 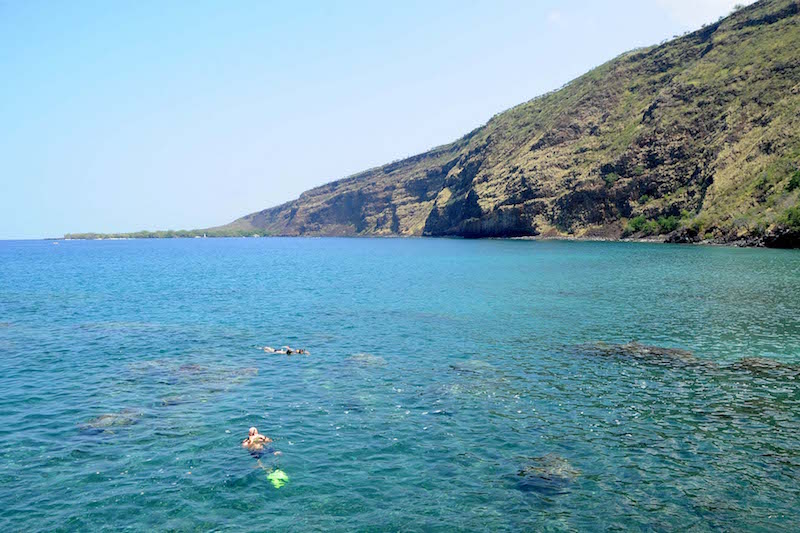 Diving with manta rays at night in Keauhou Bay will forever be etched in my mind. It is eerily quiet when you slip into the inky black water with eyes peeled below for any sign of these graceful giants. It is truly breathtaking when they whoosh their way right up to your face mask and it seems almost a game to them to see just how close their arcing swoops are to each diver. We were incredibly lucky to have four dancing their magic around us for 40 minutes. The beauty and size of these incredible creatures just centimetres from you is as thrilling as it is terrifying, and surely one for the bucket list.

The sight of turtles sunbathing on the warm black sands of Punalu’u Beach is one to behold. There are both hawksbill and green sea turtles aplenty here, and you’re likely to be eyeballed by more than one if you meander into the water to snorkel too. They are so beautiful to see. It is selfie city here with a real mix of tourists – those dressed for town, complete with shoes, through to others who are barefoot in bikinis. 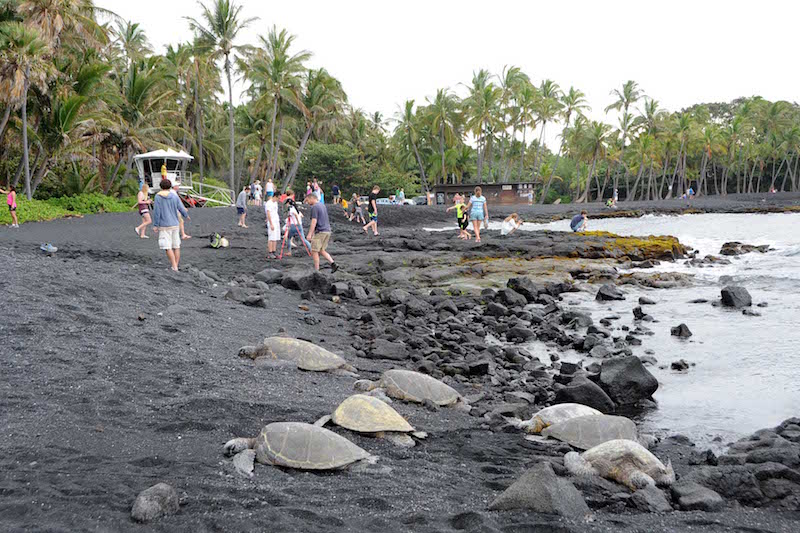 How about a spot of star gazing at the Mauna Kea Visitor Information Station? Mauna Kea clocks in at 4205m above sea level – the highest point in the state of Hawai'i and the highest sea mountain in the world. It is also touted as one of the world's most important land-based astronomy sites, with 13 multinational research facilities calling it home. The visitor centre is at 2800m, which is as high as most rental cars are allowed to go, and there you can find telescopes to spy on space. There are people who hike to the 10km from the visitor centre to the summit but it isn’t something to just pop up and do; the risk of altitude sickness is very real. But being able to drive from sea level to 4205m above sea level makes Mauna Kea quite unique in the world. Note that parking at the visitor centre for the star gazing events is strictly limited and available on a first come-first served basis – get there early to avoid disappointment.

Kona coffee is a bit of an institution. The island’s high elevation and rich soils make the slopes of the Kona district ideal for growing the much-lauded coffee bean. Take one of the many tours to visit the growers and sample their wares, just as you would at a winery. 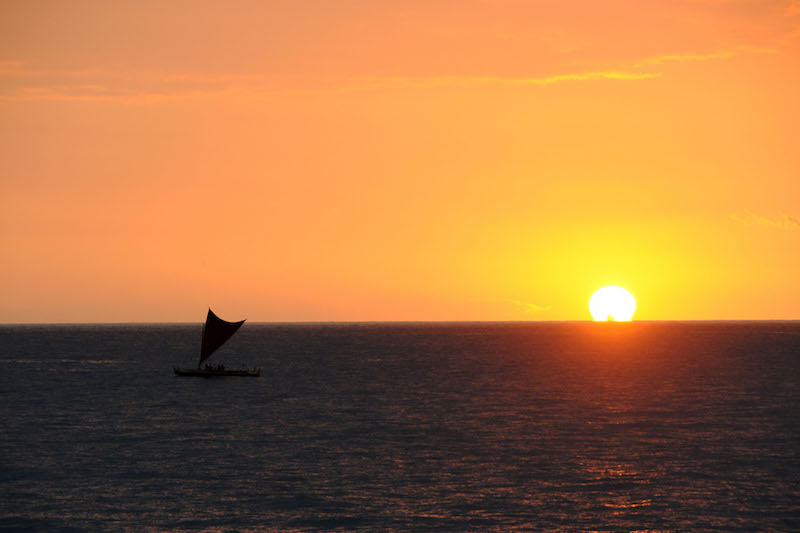 There is so much to love about this island. Hawai’i/The Big Island is a sensory overload – in the best possible way. There is much to see, smell, hear, taste, touch and generally replenish your soul with. At a time when the chill of winter is creeping its way into every corner of my life, the idea of a warm breeze on my face, of digging my feet into squeaky white sand while watching turtles seems idyllic.

Diana Dobson is a communications advisor and freelance writer, covering primarily business, sport and travel. In 2016 she was press attaché to the NZ Olympic Committee at the Rio Games and continues to work extensively with the nation’s top equestrians