Japan from the sea

Much like New Zealand, as an island nation Japan has a close affinity with the ocean. Unlike New Zealand however, Japan has a national holiday to give thanks to the ocean and to celebrate its significance to Japanese life known as Marine Day. So what better way to explore Japan than via the sea, on board a cruise ship.

Flight Centre has a number of cruise packages on offer around Japan, allowing visitors to experience some of Japan’s best seaside towns and cities. Here’s an insight into the history, unique food offerings, traditional crafts, and culture of five Japanese locations the cruises visit.

Osaka is famously known as tenka no daidokoro - “the nation’s kitchen” - and foodies will delight at the smorgasbord of food to choose from. Take a stroll along the canalside suburb of Dōtonbori, where lantern puffer fish and mechanical octopus sculptures swing above doorways to entice diners. Indulge in okonomiyaki, a savoury pancake, or takoyaki octopus balls or karaage chicken from any of the street vendors located along the neon-lit corridor.

As Japan’s second-largest city, Osaka arguably does the historic/modern juxtaposition better than any other Japanese city. Skyscrapers frame the Osaka Castle, Osaka’s most famous landmark. The city’s aquarium is also worth a visit, as is the ramen noodle museum, where you can design your own noodles to take home. 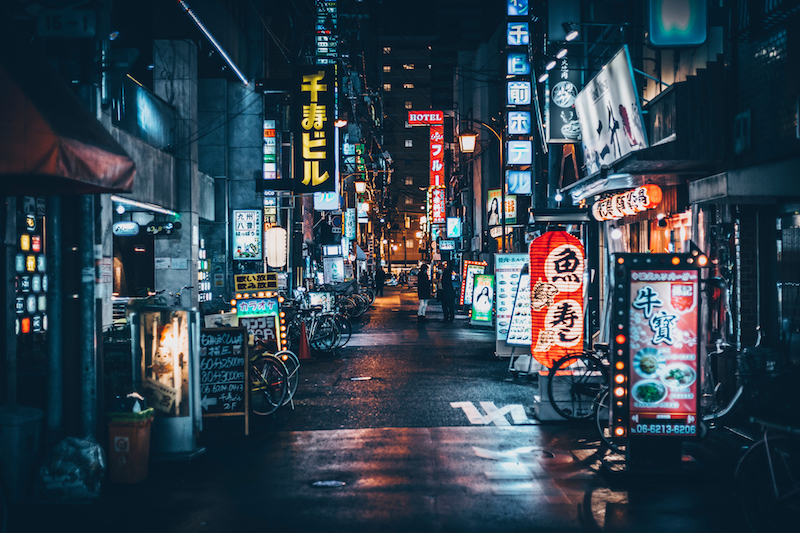 Given its history, one would expect time in the city of Hiroshima to be a rather sombre affair. And certainly the Hiroshima Peace Memorial Museum does an excellent job of illustrating the devastating effect the atomic bomb had on the city. The Hiroshima Peace Memorial Park is a fitting tribute to those who lost their lives. But despite its tragic history - or perhaps even because of it - its people are generous and compassionate and welcoming.

The city has a lively café culture and art scene. Hiroshima also loves its baseball, so hopefully your visit will coincide with a home game for the Hiroshima Carps. Pick up a baseball cap at the store and take a seat in a stadium filled with some of the most passionate sports fans you have ever seen. 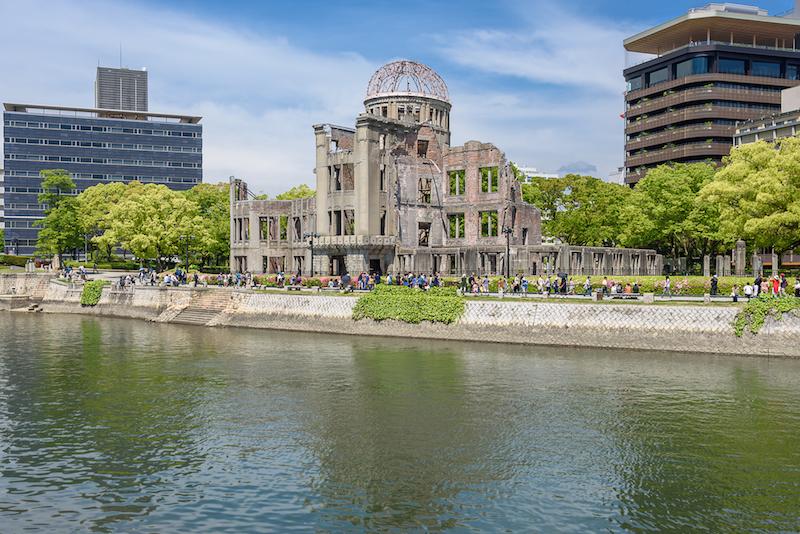 Japan Cruise 2: The Peace Memorial park is a powerful and moving tribute to Hiroshima’s history.

Yokohama was one of the first Japanese ports opened to foreign trade in 1859 and has since become a major industrial centre for the country.  It is also just a 30-minute journey to Tokyo - one of the most exciting cities in the world.

As one of the world’s largest cities, there is enough to do in Tokyo to keep you busy for a month. But if you are only spending a night or two there as part of a cruise, we recommend prioritising the Mori Art Museum where you will find contemporary art alongside spectacular views of the city; the Meiji Jingu shrine in Yoyogi Park; the Sensō-ji temple; the Tsukiji fish market; Shibuya crossing and its surrounding shopping malls, and Ueno Park, which is a particular highlight in cherry blossom season (usually late March/early April). 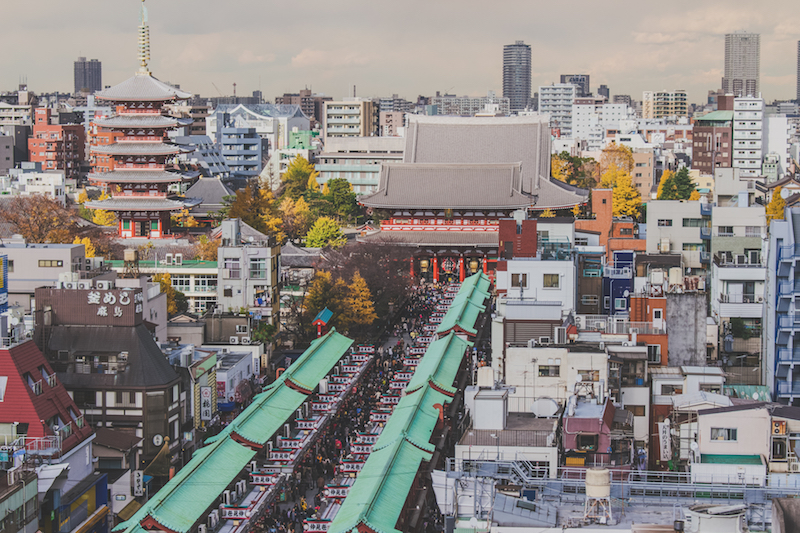 Japan Cruise 3: Tokyo’s beautiful Sensō-ji temple in the heart of the city.

Like Hiroshima, Nagasaki experienced a nuclear attack at the end of the Second World War. And just like Hiroshima, the city rebuilt itself and has become an important tourist destination for Japan.

Nagasaki was one of few ports that remained open during Japan’s period of isolation and subsequently the influence of Portuguese, Dutch and Chinese communities linger. Huis Ten Bosch is a theme park decorated as a charming old Dutch town, complete with windmills and garden beds of tulips. Castella is a Nagasaki specialty and is popular with tourists and locals alike. Portuguese missionaries introduced the sweet sponge cake to the region in the mid-16th Century.

A visit to Gunkanjima island is a truly unique experience. The island sits on top of a coal mine, and miners and their families lived on the square kilometre island until the mine was closed down. With nothing else on the island to sustain the community, everyone eventually moved off the island, abandoning it to nature. 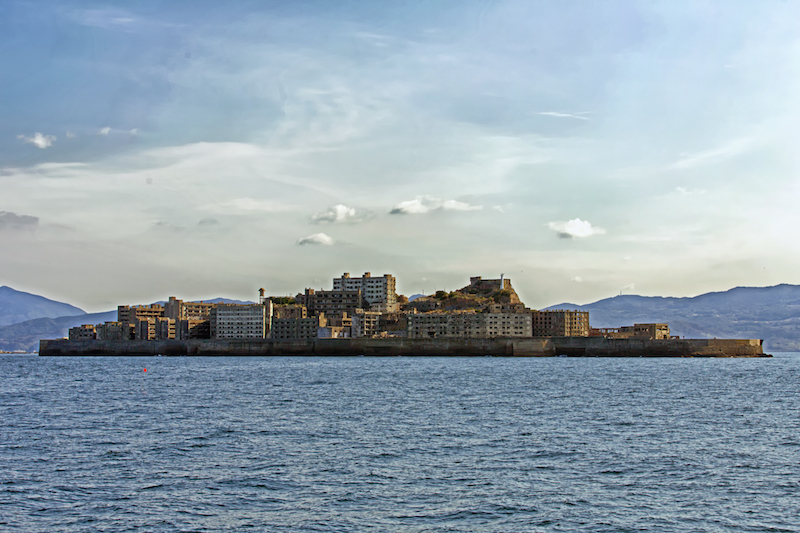 By far the smallest town on our list with a population of about 35,000, Sakaiminato is best known for two things: anime and crabs. Sakaiminato has a thriving fisheries industry and people buy the local Matsuba crab across Japan. The best way to eat the crab is to dip the meat into sanbaizu sauce (soy sauce mixed with vinegar and sugar) after the crab is boiled in salted water. Once you’ve had your fill of crab meat, visit the Mizuki Shigeru Museum to learn about the anime artist who lived in Sakaiminato. Mizuki Shigeru is best known for the manga series GeGeGe no Kitaro, and Sakaiminato is clearly very proud of its hometown hero. Statues of Shigeru’s characters line the main street they have named after him, and nearby the GeGeGe no Kitaro manga shop is worth a visit to pick up some souvenirs.

Ellen Falconer is a New Zealand writer and journalist who recently made the move to London. She plans to explore that corner of the world as much as possible before her visa runs out.