The Pacific Coast Highway between LA and San Francisco is one of the world's most famous driving routes – and for good reason. So rent a car, put the top down, and get ready for the drive of your life. 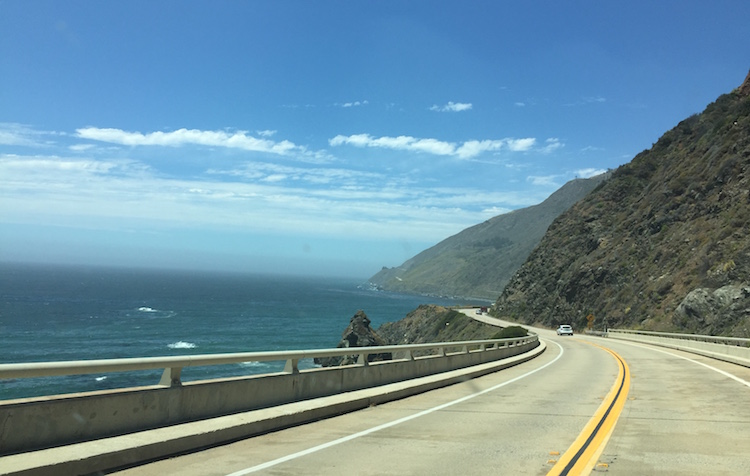 It’s difficult to make good time when you’re stopping every few kilometres, prompted to take another winning photograph by yet another dramatic view. When you never want a drive to end it can take a surprisingly long time.

This will be your experience driving from Los Angeles to San Francisco - the famed Highway 1, the Pacific Coast Highway, the Shoreline Highway. It’s all of these names, but if you want to add another: it’s coastal perfection.

But we’re getting ahead of ourselves. Let’s start this journey in LA with some culture, some great food and some muscly weirdos, then we can head north.

If you’ve never been to the City of Angels, you probably have some notion of how public transport should and does work in others cities around the world. Now flip those notions on their head and you’ll be somewhat prepared for the comically inept public transport system in LA.

Sure, there’s Uber and Lyft, but without a car this is one of the most difficult cities in the world to get around. So, yes, you’re going to want your rental vehicle organised for the second you land. 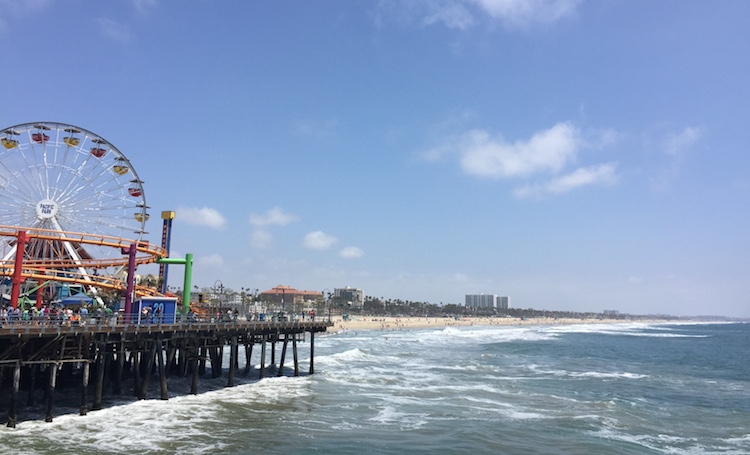 Despite that, though, this is a magnificent city in so many other ways. It’s a sun-drenched, sprawling low-rise juggernaut filled with the most beautiful people you’ll ever see, and so much to do besides. Eat some of the best Korean BBQ this side of Seoul in Koreatown, wander down Hollywood Boulevard to see the stars’ stars laid in the pavement, if you can stomach the crowds, and if you want some thrills you can make the hour-long drive down to Anaheim to the home of happiness, Disneyland.

For a slower pace, check out boho-trendy Silver Lake.

And you can’t visit LA and not feast your eyes on all of the greased up muscle men and snake-bearing eccentrics down Venice Beach. It’s a nice walk down from Santa Monica, where you can visit the rides on the famous pier.

But it’s time to hit the open road out of LA. About two hours up the coast is the chilled-out university town of Santa Barbara. Definitely stop here for a look-see and spend a night. It’s quiet but there’s enough going on to keep you entertained. Down on the marina, overlooking the sea and the sailboats, it’d be silly not to settle in for some oysters and clam chowder for an evening. Try Brophy Brothers or Santa Barbara Shellfish Company. 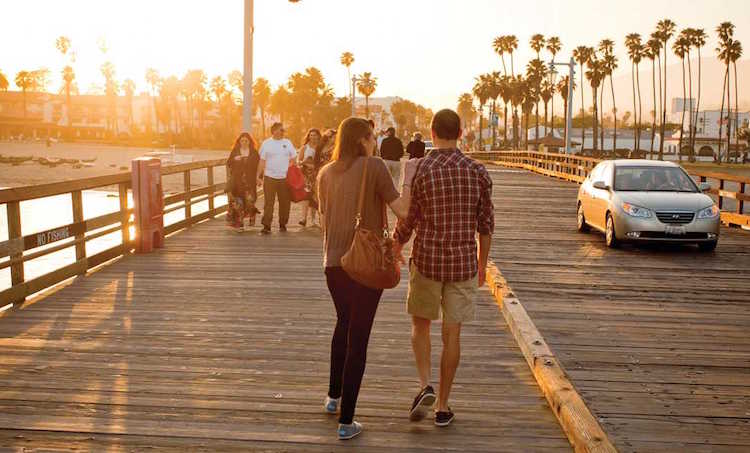 But as pretty as it is here, Santa Barbara is primarily your launch pad for Highway 1 – rightly considered one of the best drives in the world. Just north of Santa Barbara at Morro Bay is the beginning of what is possibly the best 200km you will ever drive. With the road hugging the cliffs as the rugged Pacific Ocean batters the rocks below you, you won’t be driving particularly quickly. Even if you wanted to hoon through – and you won’t – you’ll be guaranteed plenty of company on the roads.

So take it easy. Winding up and over hills and in and out of valleys, the sea will be your constant driving companion. And with every new dip and rise and twist in the road comes new, blue-green views of your Pacific friend.

Thankfully, there are viewing stops along the road on which to pause and take it all in. Trust me, you’ll be stopping at most of these. Even if you’ve just got back in your car from taking one photo and only driven for two minutes, you’ll be out again snapping away. 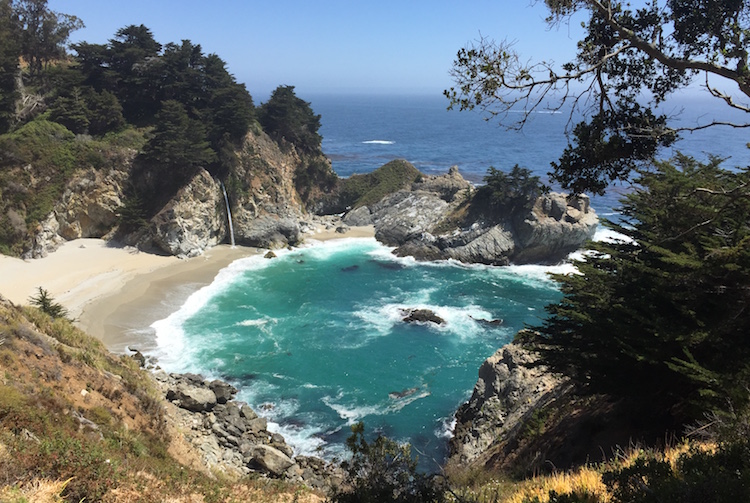 Believe it or not – and you might not initially, when you start the drive every minute is breathtaking – but the second half of this drive is the better part. Make a particular point of stopping at Pfeiffer Beach and walking down the steep path for incredible views of the white sand bay, complete with a waterfall tumbling from a cliff directly on to the sand.

Further up the route is the Big Sur stretch of road. It’s, well, more of the same. But that’s a good thing! This is the prettiest, most famous part of the trail and also the place to stop for coffee at one of the cafes that call this part of the road home.

If you want to experience something truly special, at the Esalen there are cliff-side hot pools which are usually reserved for guests, but open each night between 1am-3am (yes you read that right) for 'public night bathing'. At $30 a head, it’s a completely unique way to spend a couple of moonlit hours overlooking the Pacific Ocean.

And then, before you want it to be, it’s over. You’re out the other side. Don’t fret though – from Big Sur you’re almost at Monterey, a beautiful little seaside town with some great beaches and a world-class aquarium. Unwind with a wine and some seafood or fried artichokes – nearby Castroville is known as the 'artichoke centre of the world' – while you browse back through the thousand photos on your phone of the drive you just enjoyed, and then crop, edit and filter your way to Instagram nirvana. 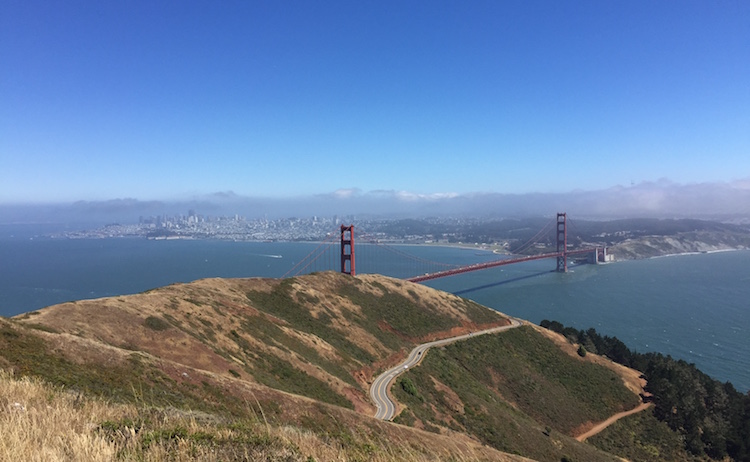 Then, after a night in Monterey, it’s off to San Francisco for another taste of city life. The last part of the drive is not as nice (very little is as nice) but, on the bright side, you're heading for one of America's most dazzling cities.

But then again, why stop there? You’ve come this far, you might as well keep going. Hold onto that rental car and head north out of San Francisco, finish off the west coast and fly out of Seattle. As the saying in California goes: West coast, best coast.