Coming in to Land at London's Floating Airport

Visitors to England's capital may find their London holidays beginning with a touchdown on a floating airport in the near future.

That is, if ambitious plans for a space-age airport island, including a cruise ship terminal, come to fruition. The six runway airport will be situated in London's Thames River estuary, and be known as London Britiannia Airport.

This innovative airport is designed to accommodate 90 million passengers each year at a construction cost of GBP47.3 billion, all while floating on the estuary. Several transport links would connect the island to the London mainland. 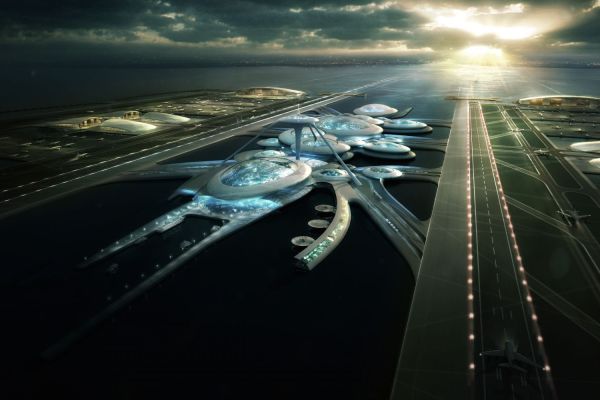 If approved it could be built within seven years, after which it's likely that the existing Heathrow Airport will close.

The floating airport is an alternative proposal to expanding Heathrow into neighbouring urban areas, many of which would need to be demolished to make space. Locating the new airport on the island would avoid flying over some of London's heavily populated areas, removing the noise problem which has impacted on residents of these areas for years.

Don't expect to be touching down on the floating airport at London any time soon though. A decision on whether the development will proceed isn't expected until 2015.