Night of the Locust: A punk rock show in Tijuana, Mexico

Tijuana is known for its cheap drinks and loud music, but its hardly the first place you'd expect to find cutting-edge punk rock. Duncan Greive went looking for weirdness in this most famous of party towns, and found it in a nondescript bar on the Avenida Revolucion.

Caption: On the road to La Purisma, Baja California. Photo: via Flickr.com.

On a Friday night in Mexico, I watched the All Blacks gradually submit to South Africa. The game didn’t start until midnight, local time, and I’d filled the evening with tequila and beer alongside some college students who’d come south from San Diego for the weekend. The loss was a bad way to end a good night.

The following morning, dusty from the night before and sore at the result, we drove north from Tecate to Tijuana along a barren stretch of highway very different to the one which had brought us south. That had traversed the giant swooping hills of the Baja California peninsula’s coast, with the Pacific gleaming and vast on our left. Our companion for much of the trip north was the DMZ between Mexico and the USA, a stretch of border featuring high concrete fences studded with observation towers, on which the names of those young Mexicans who’d died trying to cross were painted in lists corresponding to years they’d fallen. 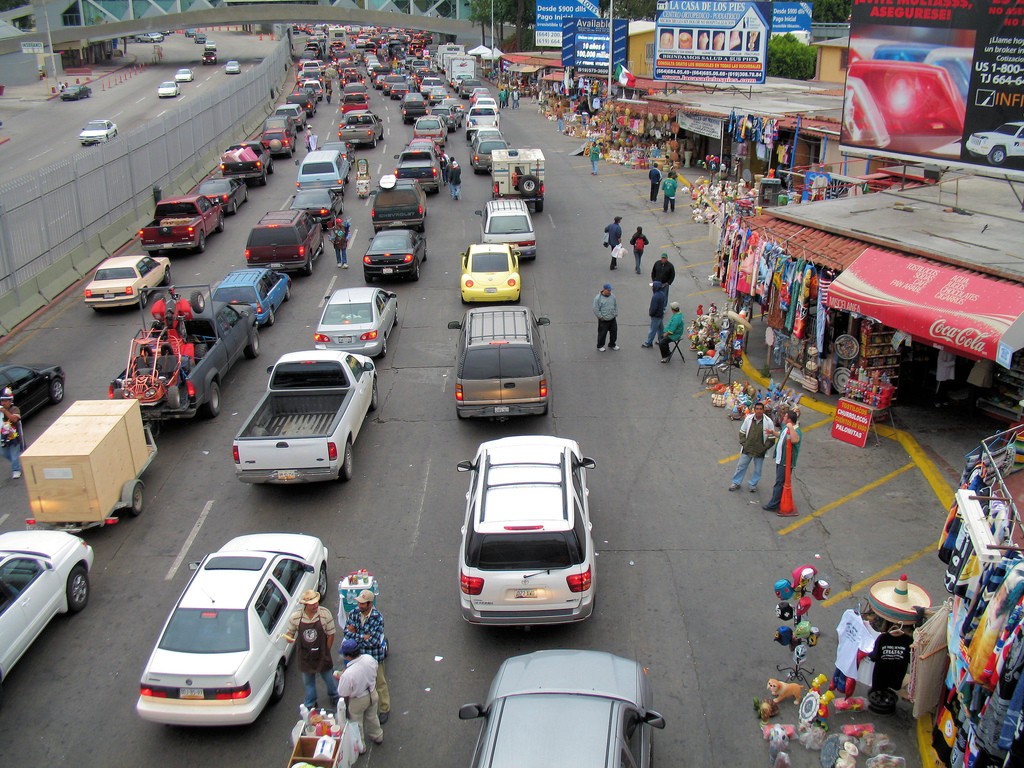 These lists were a deeply affecting unsanctioned tribute, and it was hard to slough off their sadness as we pulled into Tijuana. I had to shake it off, though – I was looking for Revolucion. Specifically 8208 on the Avenida Revolucion. Tijuana Tilly’s, a venue in the middle of town was that night playing host to XBXRX and The Locust, two deeply weird bands I was deeply in love with at the time.

I found Tijuana Tilly's in the middle of the afternoon. Condensation beaded off vats of Dos Equis and Tecate, while large American tourists watched the Angels and Red Sox on 14” TVs. It didn’t seem possible that I had the right place: XBXRX played songs which were roughly 90 seconds long, at incredible volume. The Locust’s songs were half as long and twice as loud. This place just looked like an ordinary Mexican restaurant – or, as the locals would say, a restaurant. Not a place where state-of-the-art modern punk music could be played.

Nonetheless, I was certain I’d found the spot. Perched on a rock at the rear entrance were four men in skin-tight insect costumes, motionless and slightly menacing. They were attracting nervous glances from the post-911 patrons, and likely enjoying the situation immensely. It was The Locust, an LA quartet who’d built up a reputation for music both thunderingly simple and intellectually complex. It fused elements from art-prank pop like Devo – the angularity and uniforms – with more avant-garde musical threads.

I had recently imported to New Zealand, at great expense, a Locust release pressed on four pieces of coloured vinyl, cut to create a jigsaw puzzle. It featured song titles like “Siphoning Projectiles During Selective Amnesia" and “Sever the Toes". I was very glad to see those insects on that rock. 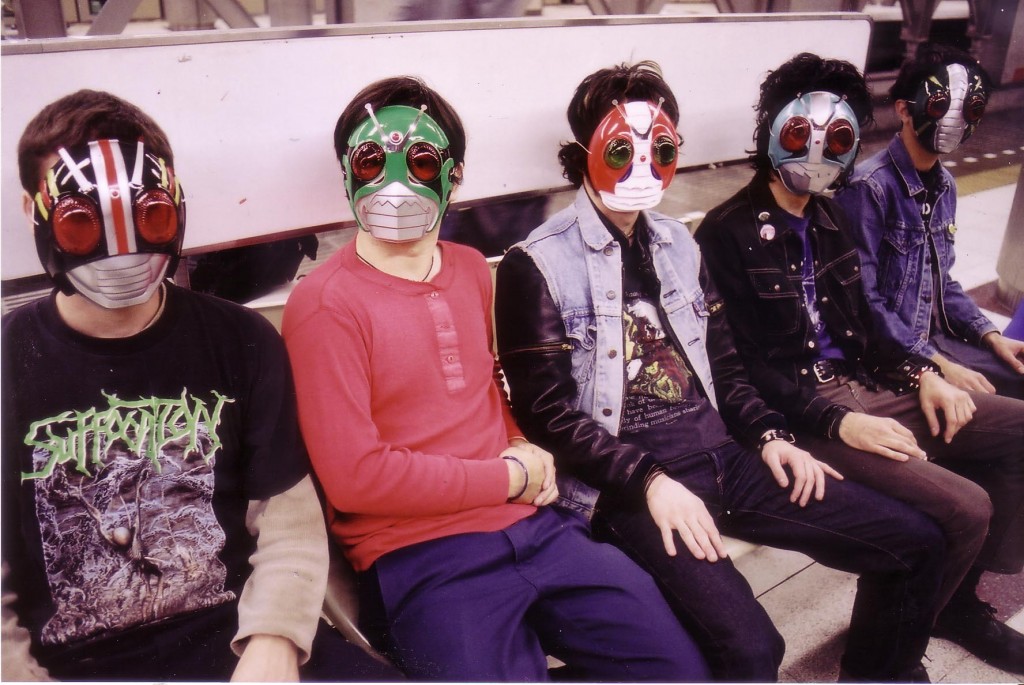 After checking into a motel nearby, I returned to the venue in the early evening. The baseball had been replaced by bloody Mexican boxing, but otherwise the scene was largely unchanged. I had a beer from one of those irresistible vats, and waited.

After a half hour an airhorn pierced the torpor, and a parade of gleaming trucks began rolling slowly past a long picture window on the road side of the venue. Some had bouncing hydraulics; most were revving their engines to hell and back; all had dozens of skinny, beaming kids hanging off them. It was beautiful, and utterly alien.

About 8pm the cops arrived. The room was cleared, and we all had to file back in under their watchful eyes. It remains the only time I’ve been frisked for weapons on the way into a concert. But it all felt very routine, and their presence benign.

An hour or so later the show began. Five acts played in less than two hours. The crowd reacted with ecstatic physicality. My nose bled from an errant elbow, and my camera got crushed in the melee.

I was absolutely not bothered. The bands were all I had dreamed of and more. One man played the sword. XBXRX wore small yellow y-fronts and told us we were beautiful. The Locust gave us 15 machine-gun minutes.

I left a little after 11, bloody but happy, my hangover and the All Blacks loss obliterated by this joyous noise, by a chaotic but somehow very ordinary Saturday night in Tijuana.

Duncan Greive is an award-winning feature writer and critic. He edits culture website The Spinoff, and lives with his wife and three children in Auckland. 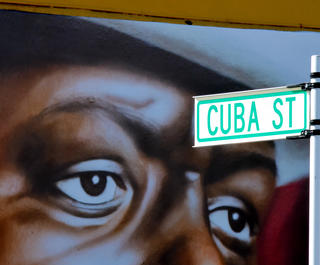