Exploring Alaska's spectacular coastline is a wild experience, but there's no need to rough it. Brett Atkinson satisfies his thirst for adventure – and appetite for delicious food – on an Un-Cruise trip though glacier country.

A kingly bald eagle sits alone on a fragment of ice, a juvenile harbour seal surfaces curiously in front of the boat, and a humpback whale breaches powerfully on the near horizon. Try experiencing that Alaskan wildlife trifecta on a big cruise ship. On a bigger boat with hundreds of passengers, don't expect the sassy New York bartender to remember your favourite tipple and make personalised recommendations on the best of craft beer from America's West Coast. 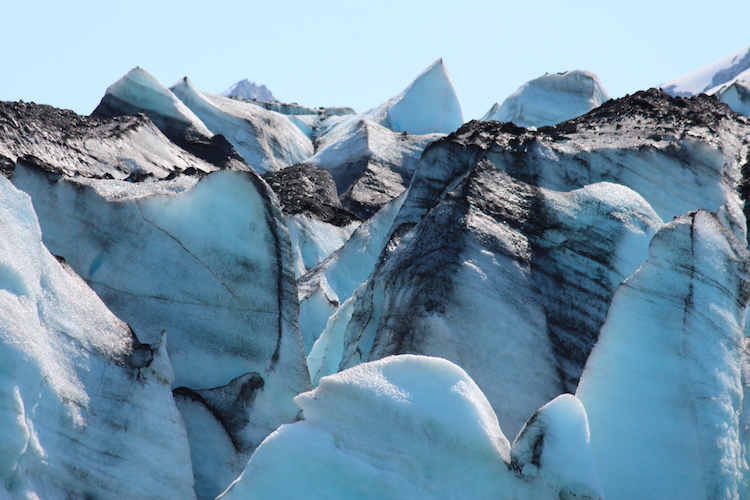 Other differences between Un-Cruise's Safari Endeavour and the larger ships exploring Alaskan waters are revealed prior to departure. Big liners accommodating up to 3000 passengers queue along Juneau's waterfront, but at a quieter, smaller wharf, the Endeavour is readied for less than 80. Adventure-ready kayaks and paddleboards are stored securely on deck.

Departing via the Gastineau Channel, Juneau’s man-made footprint as the state capital of Alaska is easily trumped by the extreme wilderness we enter. The thin veneer of civilisation is soon replaced by a brave scattering of fishing boats, and the drifting clouds of an Alaskan dusk part to reveal indigo cliffs blanketed with forests of hardy spruce trees. 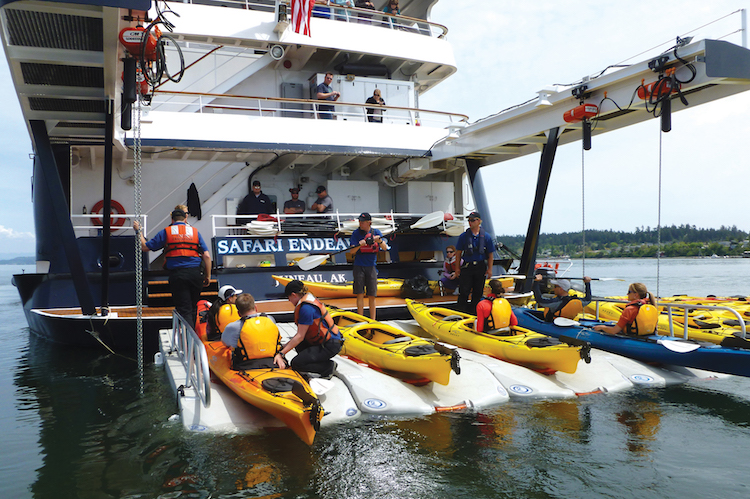 The rhythm of onboard life soon takes over. A packed morning of zipping around in inflatable Zodiacs spotting wildlife segues to a languid afternoon of kayaking through silky, glacial waters. Late afternoon cocktails are taken on deck with a backdrop of leviathan glaciers, before gourmet dinners of salmon, crab or scallops. When the boat's head chef is given a well-deserved standing ovation on the second night, the need to sign up for slightly more strenuous calorie-busting activities soon becomes obvious. 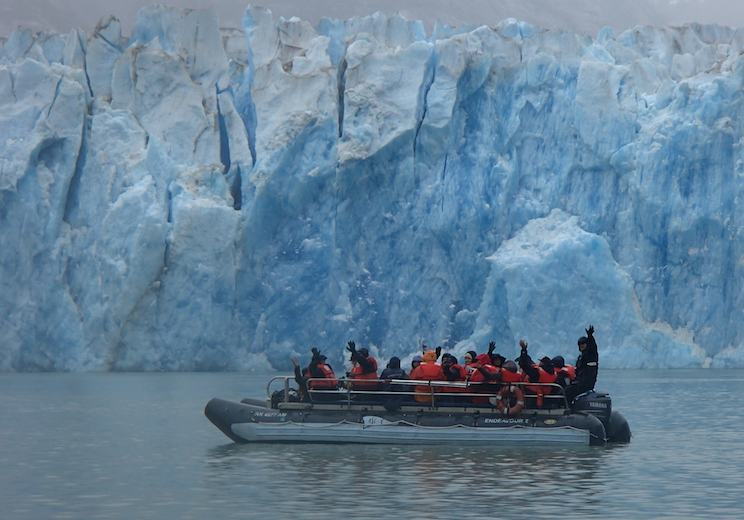 On board the Zodiac inflatable. Photo: Un-Cruise Adventures

Alaskan seafood is a definite culinary highlight, but other local species also feature. In the tight confines of Security Bay, a brave gull disappears into sitka trees to escape a mid-air skirmish with an imposing sea eagle. Minutes later, a raft of hundreds of sea otters drifts past our Zodiac, the compact bundles of fur gathered together for protection from the occasional visiting pod of orca.

Orca are finally sighted during breakfast on our third day, surfing the boat’s bow wave with a row of arched dorsal fins spotlighted by morning sunlight. In the afternoon, the Endeavour’s ability to access more remote destinations is again tested at Baranhof Island's Red Bluff Bay  The boat squeezes past a forested necklace of islands, and Zodiacs are dispatched to explore an expansive cove trimmed with quicksilver waterfalls. A brown bear is sighted swimming through dappled afternoon shadows. After patrolling the bank methodically, the huge animal crashes clumsily through the grassy undergrowth and out of sight. 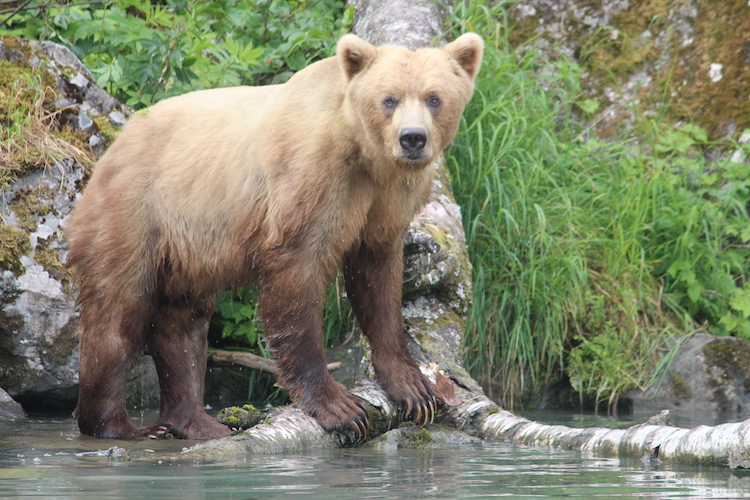 Our final destination is the northern terminus of Glacier Bay National Park and the 2km-wide face of Margerie Glacier. Alpine peaks approaching 2000m frame both sides of the narrow inlet, and a flotilla of small icebergs dots the Endeavour's path to the rugged border between Canada and the United States.

Northeast across Tarr Inlet the massive Grand Pacific Glacier is scarred by massive boulders and glacial moraine, but in this audacious amphitheatre of ocean, mountains, ice and snow, we're pretty sure the eagle floating coolly off our starboard bow has seen it all before.