Paddling down the Murray River - with a difference

It’s a Mississippi River experience, but with added kookaburras and koalas: the Murray Princess gives a typically Australian twist to a paddle steamer cruise

The sun is setting in a blaze of orange and red, the colours reflected in the smooth, wide waters of the Murray River. On one side high, ancient cliffs glow orange in the last of the sunshine, while on the other the red river gums fringing the bank are becoming silhouettes. Up ahead, a couple of pelicans land on the water with a splash, interrupting the steady rhythm of the great paddlewheel behind. Mouth-watering smells are drifting up from the galley below, as well as talk and laughter from the bar. Your wine glass is empty; it’s time to leave the sundeck and join the other passengers comparing notes on the day.

This is a typical scenario on Captain Cook Cruises’ paddle steamer the Murray Princess. Although she is the largest such ship in the southern hemisphere, she still hosts a maximum of just 120 passengers in 60 staterooms and cabins, ensuring an intimate ambiance that’s assisted by the friendly and obliging crew. Built specifically for this river and launched in 1950, since 1986 she has been sailing for Captain Cook year-round on three-, four- and seven-night cruises, from the boating hub of pretty Mannum along a western stretch of the waterway famous for its wetlands, birdlife and scenery. 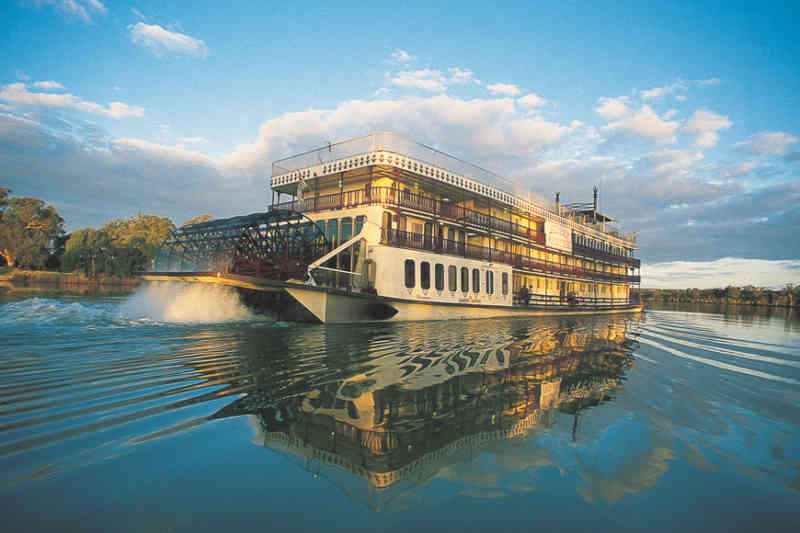 The Murray Princess is the largest paddle steamer in the Southern Hemisphere. Photo: supplied

Its basin occupying an incredible one-third of the continent, the Murray River is the third-longest navigable river in the world, after the Amazon and Nile, and flows for over 2,500 kilometres from the Snowy Mountains in Victoria to its meeting with the Great Southern Ocean in South Australia. It’s an ancient route, used by the Aboriginal people for at least 40,000 years and by Europeans since the 1850s as a highway servicing the area known as the ‘food bowl’ of Australia. There’s a string of interesting towns along its banks, full of heritage buildings and lovely gardens, surrounded by vineyards, farms and havens for wildlife including 350 species of birds.

Guided nature tours are included on all cruises, and kangaroos, koalas, wombats and tortoises are frequently spotted, along with a wide variety of birdlife including swallows, egrets, emus and noisy flocks of brightly-coloured parrots. Keen birders and photographers appreciate the flat-bottomed boat explorations along the shore and into tributaries to spot up-close herons, and darters hanging their wings out to dry. 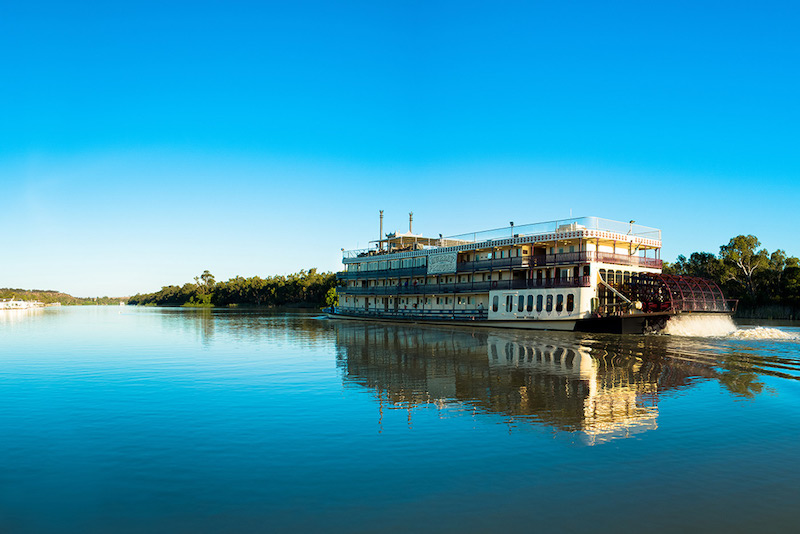 Built specifically for the Murray River and launched in 1950, the Murray Princess has been operated exclusively by Captain Cook Cruises since 1986. Photo: supplied

There’s history to investigate in museums along the way, and local culture to explore and participate in. Excursions include a woolshed show — sheep-racing a highlight — and Barossa vineyard visits, while at the Ngaut Ngaut Aboriginal Reserve, traditional landowners give visitors a traditional welcome before sharing their stories and guiding a tour to see rock carvings, tens of thousands of years old. They give a depth to the Australian experience that stays with you as you enjoy the crackling firelight during a shore-side barbie back at the boat.

Colourful and interesting as the land is, though, it’s the ship-board life that’s the real attraction: watching the mesmerising turn and splash of the paddlewheel; lounging on the sundeck gazing up at the towering sandstone cliffs of Big Bend; taking a turn at the wheel, under the Captain’s careful gaze; watching in fascination as locks are negotiated; and finally being rocked to sleep in your snug cabin below a black sky full of stars and surrounded by silence. 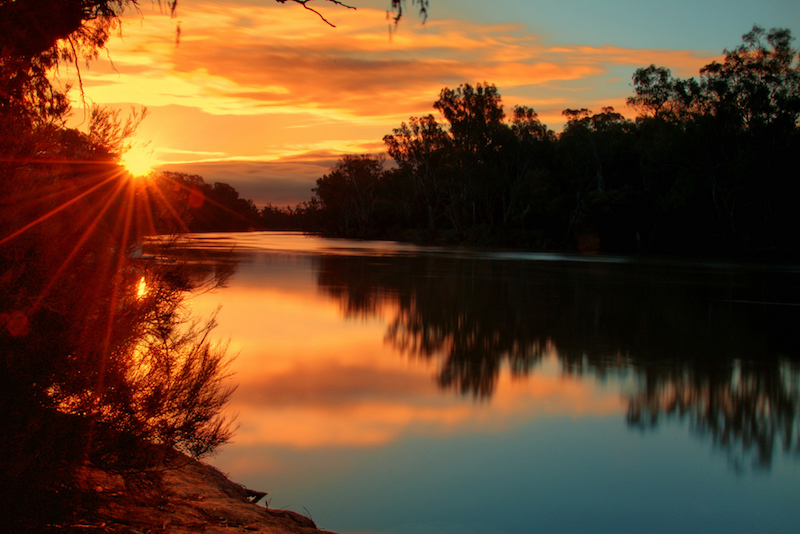 Naturally, food features largely on a trip like this, and the chef works hard to present the best local Riverland produce and make every menu selection as difficult as he can. Expansive breakfast buffets and both buffet and a la carte lunches and dinners (all included in your fare) make sure that choice is well exercised: chicken breast with champagne cream sauce or seared kingfish with lemon butter? Apple pie with coconut crumble or brandy snap fruit salad? At least the standout dinner of the cruise, the Captain’s Seafood Buffet, allows for a taste of everything on offer: oysters, prawns, scallops, squid, salmon, trout…

There are cod, bream, perch and redfin in the river, and a fishing challenge is one of the activities available on the cruise. More sedentary competitive types can play cards, Trivial Pursuit and bingo, but the most popular activity of all is just to lean on the sundeck railing and watch the scenery go by, swallows swooping low after insects disturbed by the ship, willows trailing into the water. When it’s dark, attention can turn inside, to music and dancing, to talking and laughing. But for now? There’s another glorious double sunset to appreciate.