There's so much more to Penang in Malaysia than Georgetown, its lively and historic capital city. Get out of town and uncover the largely undiscovered region known as “the Back of the Island” in Malay – Balik Pulau.

Quit the car, scuttle the scooter, and pedal-power yourself through the Malaysian state of Penang. So perfectly formed it feels more like a country-in-miniature than an island, Penang is best known for its food destination capital – Georgetown – but it’s also home to sleepy villages, quiet backwaters and picture-postcard rural landscapes. While car and scooter hires are the usual methods of sightseeing, few (at least for now) realise that just ‘over the hill’ from Georgetown, on the other side of the island, the village of Balik Pulau’s rental bicycles represent the best way to get up close to Penang’s people and their everyday life.

To reach Balik Pulau, an hour from Georgetown, I caught an early morning bus from the jetty; half an hour later was passing through the bustling suburb of Air Atam with impressive views from my window of magnificent temples and throngs of shoppers weaving through its open air market. The bus wound through jungle-clad hills then dipped down to central Balik Pulau, the place to pick up a breakfast of nasi lemak and sweet, oily Malay kopi (coffee) before you hit the cycle routes. 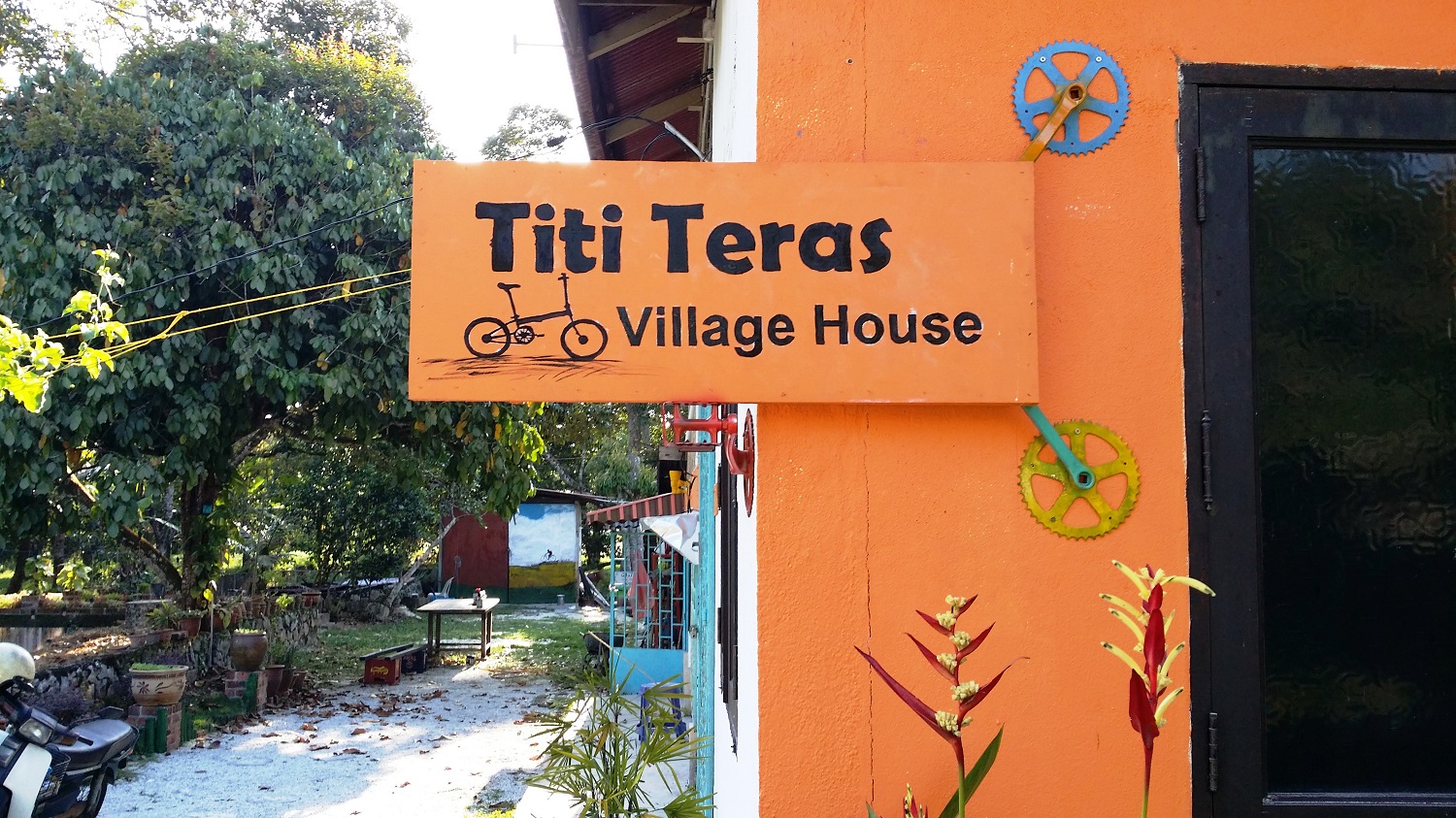 My bike came care of Adrian, one of the friendliest hire operators you could hope to meet. His fledgling business is based out of a cute, centrally located Titi Teras Village House and offers bike tours (about RM30 including breakfast and snack!). I settled for the map provided and an independent meander, starting in the direction of the nearby fishing village of Pulau Betong.

For someone who loves them as much as me, it's hard to watch ripe mangoes being run down by passing traffic as they fall from the trees. But this fruit-laden region of Penang is so packed with backyard orchards of durian, jackfruit, mango and rambutan that the locals don’t bat an eyelid if some of it gets squished – which is no reason why you shouldn’t stop, as I did, to gather up stray produce from the roadside verges! 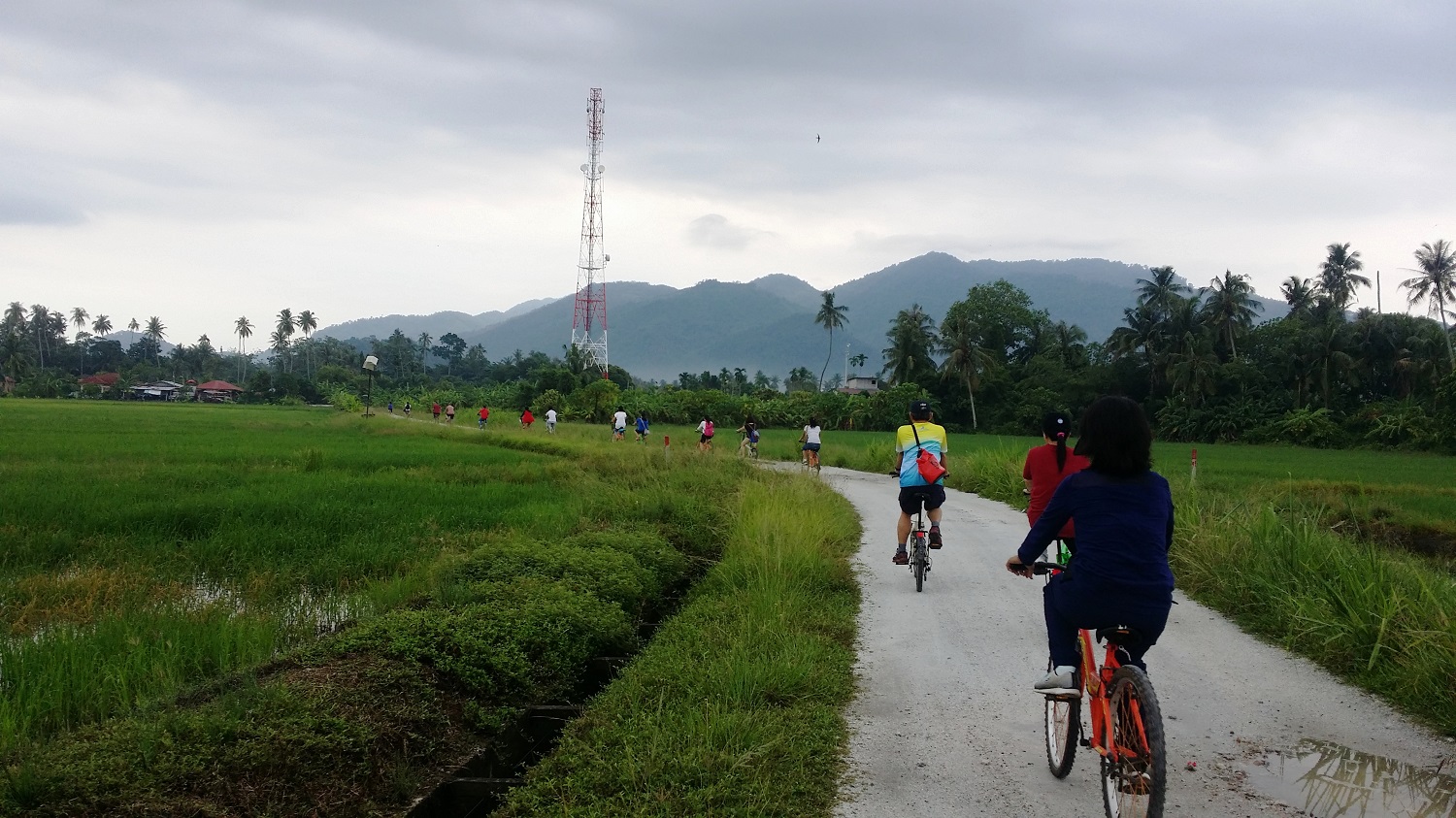 On either side of Jalan Bharu, a secondary thoroughfare through the Balik Pulau district with tame traffic, myriad cycle trails take you past pretty canals and into the region’s heartland. I detoured down one and found myself pedalling along a raised track through verdant rice paddies, home to shy, iridescent birds, alive with dragonflies. Water buffalo were wallowing in an adjacent field to a background of bleating goats, and a farmer was leading a milk cow toward a plantation of coconut palms.

One idyllic landscape morphed into another as I reached the end of Jalan Bharu and cycled up and over a short hill, through jungle, to Pasir Panjang, site of an outdoor education camp and a sandy stretch of beach facing the Straits of Malacca. A dangerous undertow precludes swimming here but it’s the perfect place to rest awhile, or paddle in the lukewarm water while you gaze out at tiny rock islets fringed with white sand. 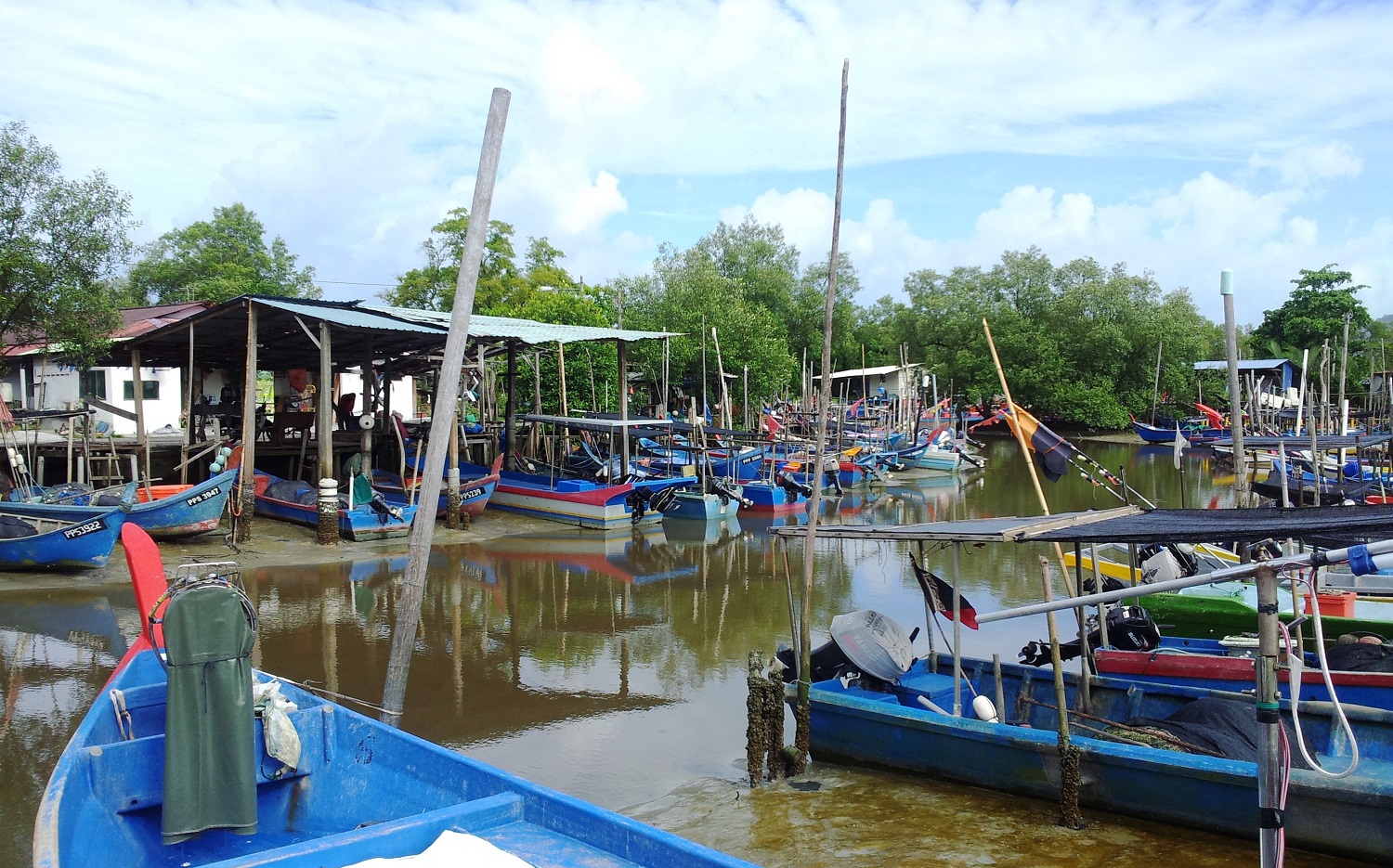 The ultimate reward for the short uphill climb on your return is a nosey around the fishing village of Pulau Betong (it's easy to miss so keep watch for the turnoff on your left at the bottom of the hill). A maze of muddy canals dotted with brightly painted fishing boats and backed by simple homes, this quiet backwater comes alive from midday as those in the know flock to its outdoor fish restaurant. After all my biking, I had eyes only for its long, cool glasses of lemonade, but the charming informality of the family-run establishment – and the sight and smells of whole fish, fresh from the ocean – means I’ll be back. 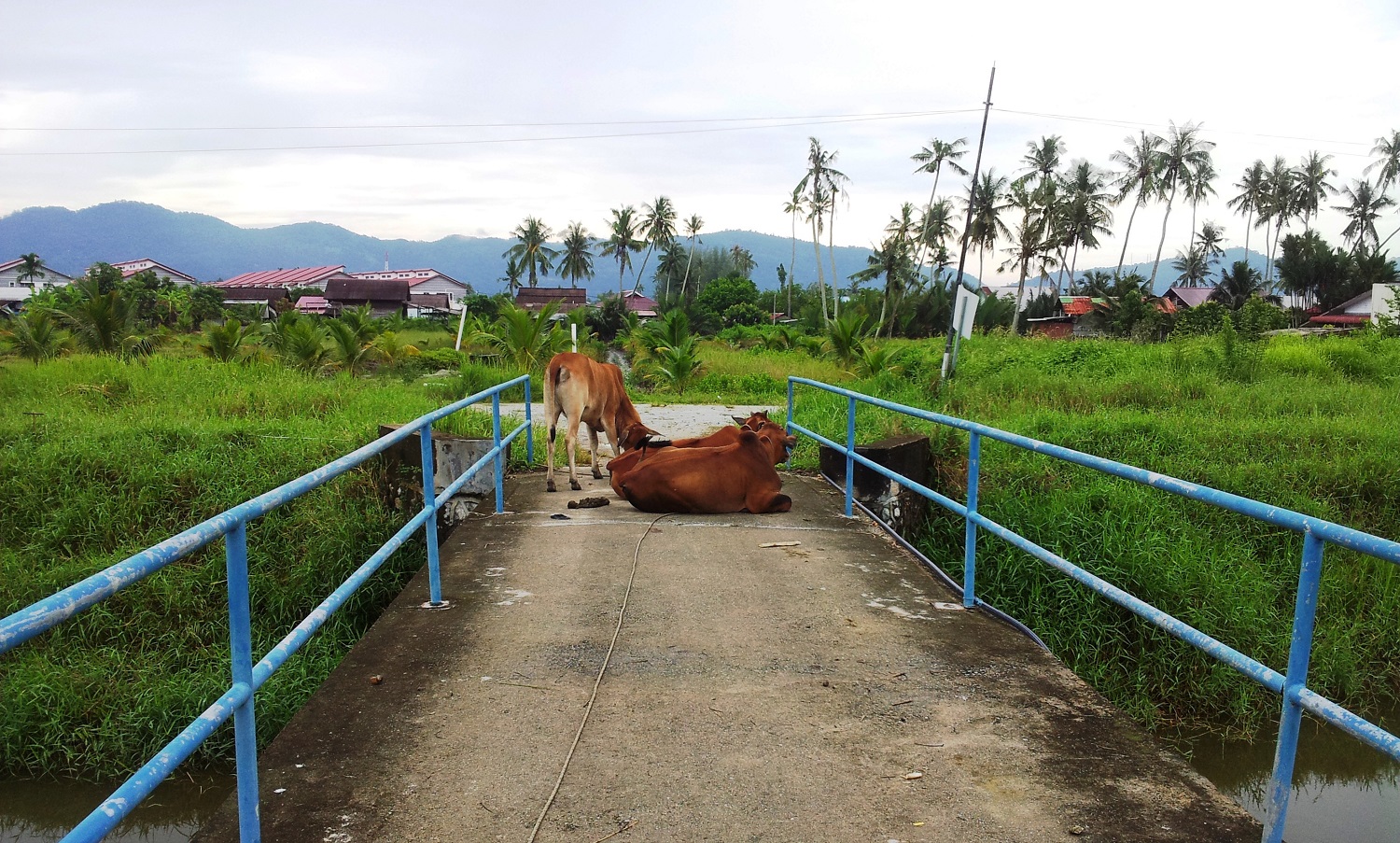 My homeward journey took me past trails lined with racks of shrimp paste drying in the sun, and in and out of leafy villages where roosters scratched the dust beneath traditional Malay pole houses. Just four hours after setting out on my bicycle tour, and with fresh coconut water from a roadside stall to end my day out in rural Penang, I was ready to board my bus for an hour-long trip (and quick snooze) back to Georgetown. All this magic – and only ‘over the hill’ from one of the most popular destinations in Asia.