With its idyllic beaches, upscale shopping and sophisticated dining scene, the town of Noosa on Queensland's Sunshine Coast is a justifiably popular tourist destination. But if you're looking for a more laid back beach-town experience, jump in the car and head north, says Delaney Mes. 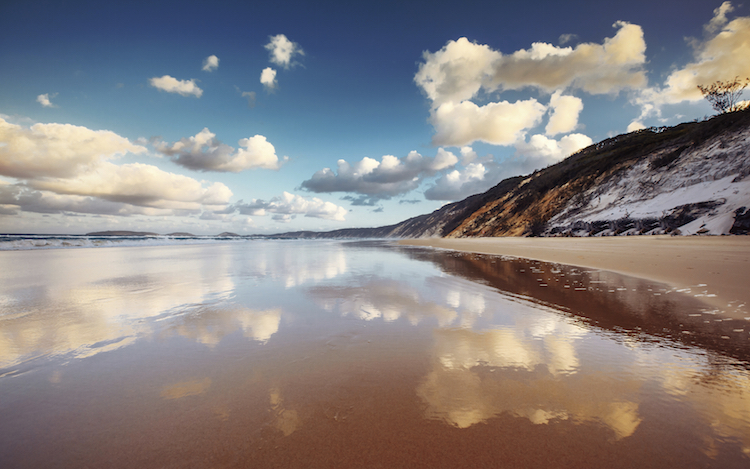 I was looking out to the Pacific Ocean, having finally got comfortable (or was that just numb?) atop a large horse called Mac. I’d been enthusiastic about the romantic idea of horse riding on the beach. But when the time came to actually mount the thing, I was terrified. Once on, I was really, really high up, constantly feeling like I was going to pitch forwards and hit the sand with a thump. I didn’t. I calmed down and tried to take in the beauty of Rainbow Beach.

From Noosa, Rainbow Beach is a couple of hours' drive north along the edge of the Great Sandy National Park. We sped in a 4WD through rain and then searing heat, past the grey nomad camps and family groups on holiday. Teewah Beach is what you’re driving along just before you hit Rainbow itself. 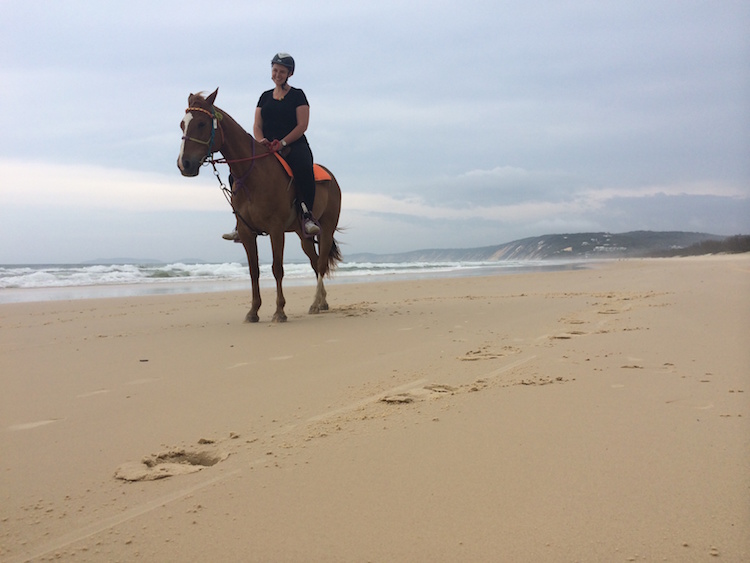 Mac and me. Credit: Delaney Mes.

My horse-riding instructor told me Rainbow is like Noosa 20 years ago. They both sit on gorgeous stretches of white sandy beach, sure, but the two towns couldn't be more different. Noosa’s rise to prominence has been swift; today it's a buzzing town, with multiple restaurants, bars, and plenty of night life. Rainbow, on the other hand, is still fairly sleepy. Noosa is where you see gaggles of women in high heels and sequins off to a fancy Italian restaurant for dinner and cocktails; Rainbow's idea of cosmopolitan style is a young Brit on his OE sporting a rugby jersey. Backpackers love Rainbow because it’s a lot more mellow and doesn’t have the big-city prices of it’s bigger, brighter cousin.

There’s plenty to do though. Whether you're looking for outdoor adventure or wanting to just laze on the beach, it's a worthwhile trip. Horse riding with Rainbow Beach Horse Rides can involve a detour into the water, should you want to be soaking and dripping – and possibly chafing – on your way home (thanks, but no thanks). My half day was a straightforward ride along the beach, and as someone that hadn’t ridden a horse in years, I really enjoyed it. Do it by moonlight if you’re feeling romantic. 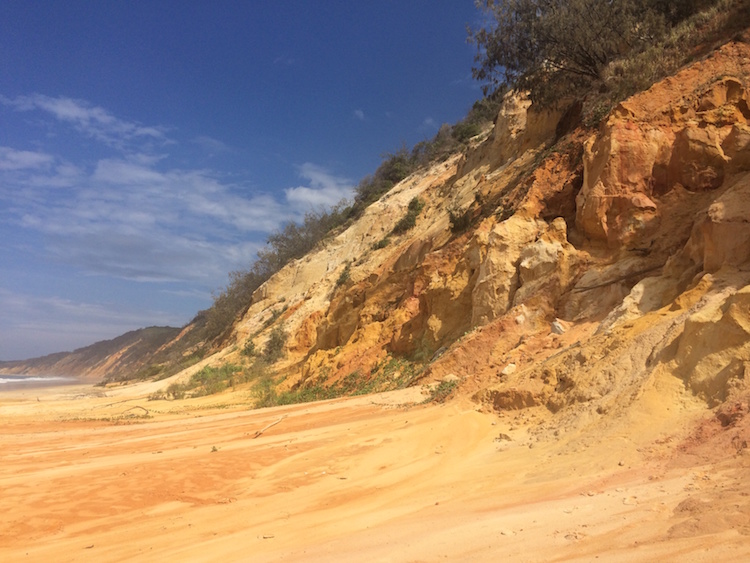 Rainbow is also the gateway to World Heritage-listed Fraser Island, with its freshwater lakes, rainforest and perfect white beaches. My 4WD guide Simon, a blonde-haired, bare-footed Norwegian, was horrified I wasn't visiting “magical” Fraser. The company he works for, Drop Bear Adventures, do multi-night stays over on the island. I promised him I’d return to the Sunshine Coast one day and would visit Fraser Island. Phew.

In Rainbow Beach township there are a couple of good places to eat. Cafe Jilarty claims to serve the best coffee on the Cooloola Coast, and they may just be right. As well as excellent coffee, there are lots of homemade items on the menu of this bustling cafe. 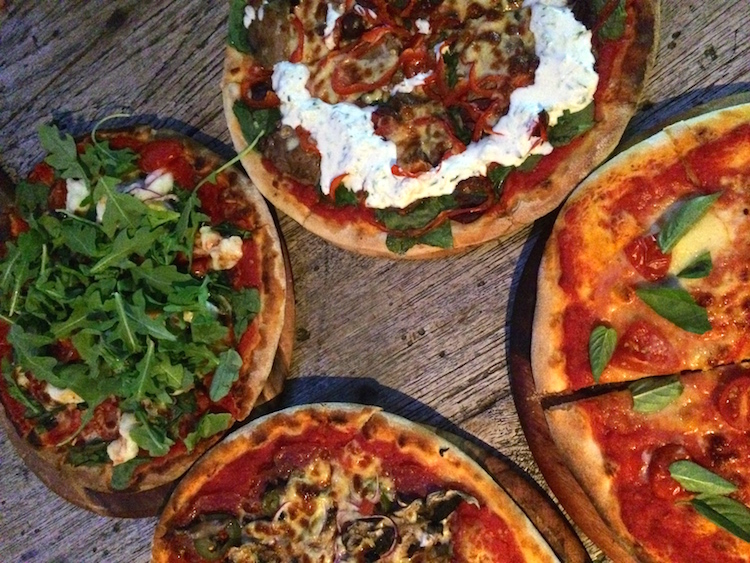 As in most small Australian towns, there’s an off-licence at the hotel bar. We grabbed some beers and a bottle of red and headed to Arcobaleno for dinner. They served one of the best wood-fired pizzas I’ve ever had, which we ate outside in the balmy evening air.

I loved the pizza, but I was staying in a self-contained apartment and wished I'd needed to stock up on fresh produce – and some amazing-looking homemade beetroot gnocchi – at the Noosa Farmers Market in Noosaville before I left for Rainbow.

My apartment was a short walk from a spectacular natural phenomenon known as the Carlo Sandblow. The sandblow is a natural amphitheatre created from a hole in the dunes that has filled with sand over thousands of years. It’s expansive and beautiful, and the view is especially spectacular at sunrise or sunset. The short walk through the bush to get to there included one of the trip's highlights – my very first sight of a kookaburra in the flesh.

Rainbow Beach is named for an Aboriginal legend: a beautiful local girl was in love with a rainbow, but her evil slave-master wasn’t having it. He killed the rainbow with his boomerang and scattered it into a million pieces all along the beach. The result is a multi-coloured shimmer on rust-coloured dunes of sand and clay. If it really is like Noosa was 20 years ago, long may it stay the same.