Awesome scenery, gorgeous coastline and three of the United States' most exciting cities – the journey from San Francisco to Seattle needs to be on every road tripper's bucket list. 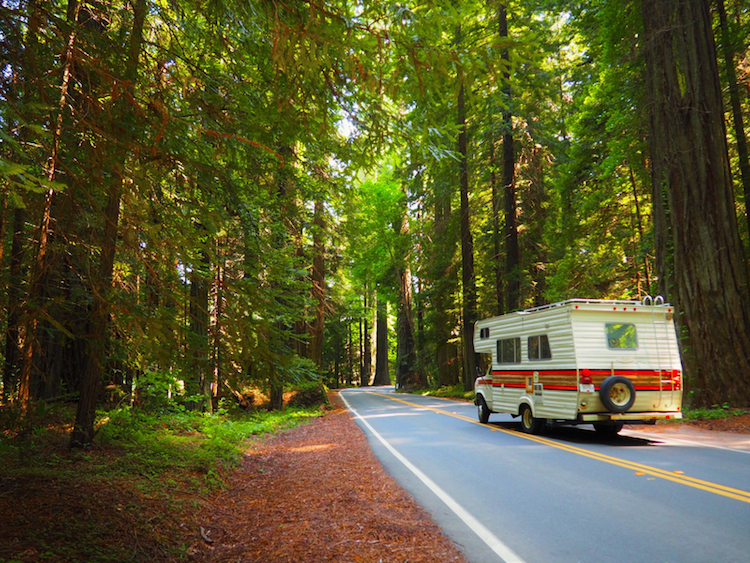 Be prepared to get a sore neck. There, you've been warned. But I promise it's totally worth it.

These are trees unlike anything you've seen before. They're the biggest trees on planet Earth, and staring up into the 100-plus metre canopy in Northern California's many state and national parks, surrounded by these thousand-year-old behemoths, is an experience you'd be miserable to miss. Even at the expense of a sore neck.

Hand on heart, the redwoods are almost worth making a flying trip to the United States just to see. But while you’re there, you know, you might as well combine your visit with other sights on the Pacific West Coast, right?

With direct flights between Auckland and San Francisco, and plenty of options to and from Seattle, a road trip between the two makes perfect sense.

Beginning in San Francisco is as good a start as any before hitting the road and exploring the regal landscapes of northern California, Oregon, and Washington.

The Golden Gate City is utterly charming, with mild weather year-round and beauty in every direction. Ride the famed cable cars, explore Chinatown and head down to the piers. If you don’t mind the hills, San Francisco is a compact and accessible city to walk around, from the beaches to the parks to the bustling downtown. 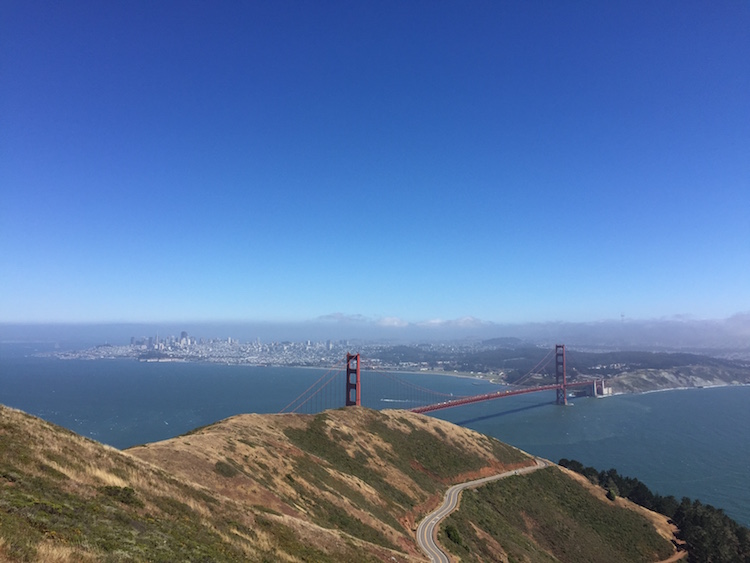 The Golden Gate Bridge with San Francisco in the distance. Photo: Sam Boyer

For my money, the two things not to be missed in this wonderful city are the Golden Gate Bridge and Alcatraz. The bridge, obviously, could not be more iconic - borne as proudly on the Golden State Warriors’ NBA basketball singlets as it is in the Instagram feeds of every person who’s ever been there.

It’s a masterpiece of art deco engineering, spanning San Francisco Bay in all its orange majesty.

Be sure to get to the northern side and set off up the hill for that killer photograph. Head up to Battery Spencer, an old gun emplacement with the perfect view of the bridge, and back across the city.

Alcatraz is a very different experience. The only way to The Rock, as it’s known, is by organised boat tours. Be sure to book it ahead of time, as the tours are very popular and regularly sell out. If you can manage an early start, consider booking the earliest boat – you’ll have the run of the prison before the hordes arrive.

For nature lovers, though, (or even just nature likers, such as me), the real magic starts when you head north.

The drive to Portland, Oregon, will take about 12 hours so you’re probably going to want to do it in two days. Here’s the good news though: day one of the drive is redwoods day, so start warming up those neck muscles. 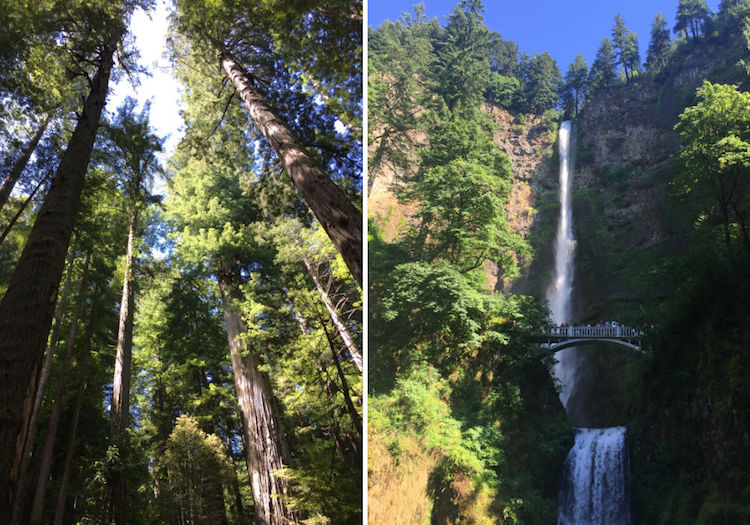 A stellar example of these magnificent giants is at the Redwood National and State Parks, where you’ll find the most accessible of the biggest redwoods. Fittingly named Big Tree, the 1500-year-old monster measures almost 21 metres around and stands over 100 metres tall. There’s a very pleasant one-hour walk to Big Tree, during which you will be surrounded by similarly enormous trees from start to finish. Quite simply, it’s amazing.

As you drive north, fields turn to pine forest turns to farmland, ad infinitum. Turn right here and there’s a lake, left here there’s a mountain. In terms of sheer natural beauty, Oregon is right up there.

Portland is as cool as cool can be. Heck, it’s what it’s known for – this is basically the birthplace of the hipster movement. Prepare to eat and drink incredibly well. Coffee is good, booze plentiful, and food trucks abundant. I didn’t want to leave and you won’t either.

But the star of the show remains the nature outside the city.

You want a postcard-pretty picture of a mountain reflected in a lake? Sure you do! So head to Trillium Lake, just 1.5 hours away, and you’ll get Mount Hood twice in one view. In the summer the lake is warm enough to swim in, after a sweet little walk around its perimeter. 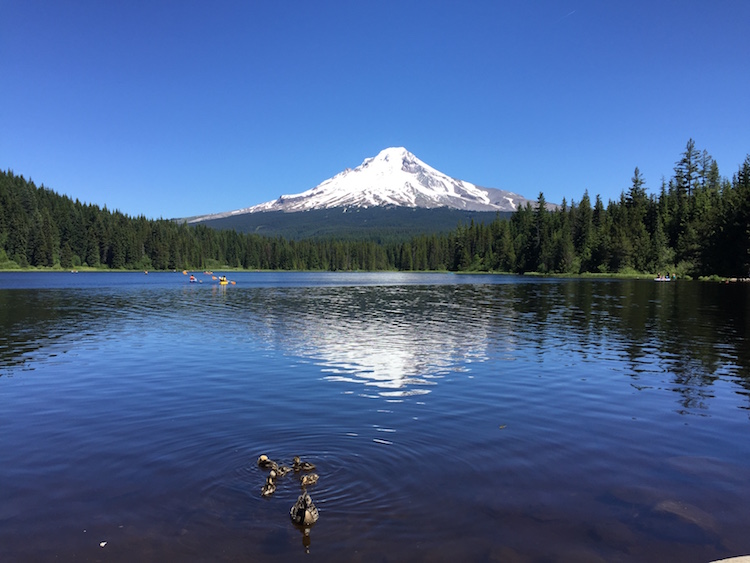 Oh, you like waterfalls? Next stop: Columbia River Gorge, where a 9-km trek will deliver all the waterfalls your heart desires – beginning with Multnomah Falls right beside the highway, a pencil-thin colossus plunging vertically almost 200 metres.

Finally, you’ll cross into Washington (the state, not the country’s capital on the opposite coast). Like Oregon, it’s chock-full of forests but it’s also got loads of coastline, with vast Puget Sound running into the state from the Pacific.

Definitely worth a night is little Port Townsend, on the opposite shore of the sound, north of Seattle. It’s the pick of the towns in the Puget region, with a cute village and wonderful defunct war base. One of three bases – named the Ring of Fire – commissioned at the turn of the 20th century to protect the sound, Fort Worden was decommissioned after World War II. Now it has 100 historic structures you can explore as you climb all over the hill it sits atop. You can also stay in the former officers’ quarters.

Back in Seattle, there’s a lot to see. One highlight is 109-year-old Pike Place Market down on the waterfront. With fishmongers, restaurants and stores, go there to eat, shop and be happy.

And just like that, the trip is done. Easy as that. Now drop off your car and get on a plane home and try to rest that neck.