Rome by rail: taking the train from Paris to Italy

On a bright autumn morning last year I boarded a train in central Paris; by the next evening I was in Rome. The journey had been easy, scenic and, best of all, relaxing – not only on board the train itself but at either end too, without all the airport travel and related hassles. Here's how I did it.

As each European country has its own rail service, you'll be travelling on at least two different services. Never fear, though – Europe's comprehensive rail network makes booking the entire trip a piece of cake. Before pulling the trigger, you'll want to decide on your route, service and whether to make any overnight stops. Paris-to-Italy options include an overnight sleeper train to Milan and a spectacular high-speed journey via Geneva. Switzerland. But the quickest and (usually) most cost-effective option is to take a high-speed TGV train from Paris to the northern Italian city of Turin, and then a local train south to Rome. 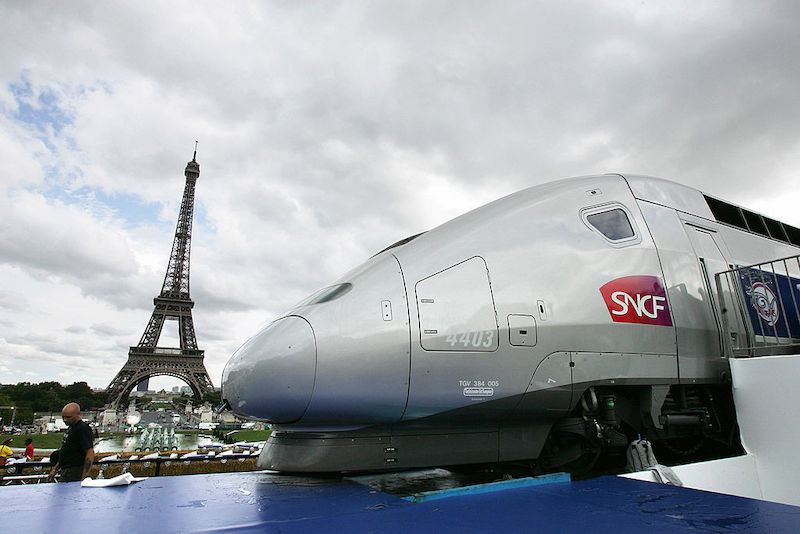 Although it can be tempting to focus solely on getting to Rome as quickly and directly as possible, remember that with train travel it's as much about the journey as the destination. After all, if the shortest possible journey was your only priority, you'd have flown instead. While it's entirely possible to do the entire trip in one day, consider breaking it up with stops in the south of France, northern Italy, or both. Overnight options include Lyon, France's wonderful second city; Milan, Italy's centre of fashion and style; and Turin, home to the Fiat car company, Juventus football club, and the famous Shroud. Staying on the TGV train all the way to its final stop, Milan, means a shorter onward trip to Rome the next day. But since Turin was a city I hadn't visited before I chose to stay overnight there. 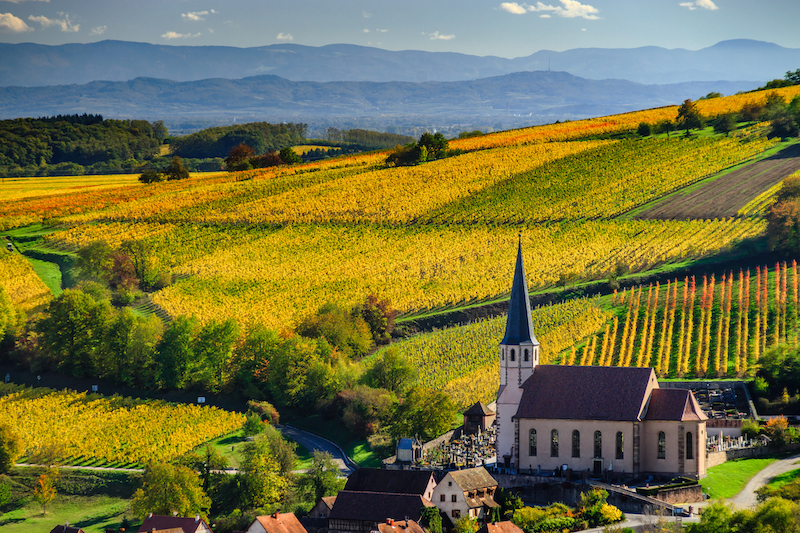 First things first: make sure you get to the station in time – and that you're at the right station. Paris has at least five major train stations and it's worth double checking that you're at the correct one, in this case Gare de Lyon. Plan to arrive at least 20 minutes before your scheduled departure time: Gare de Lyon is a big station and you'll want to factor in enough time to find your platform. Even better, arrive in time for lunch at the legendary Le Train Bleu before you leave (yes, they'll store your luggage while you eat). This spectacular station restaurant was built in 1900 in the ornate Art Nouveau style, and over the intervening years everyone from Coco Chanel to Brigitte Bardot has dined there. Unlike too many other historic restaurants, the food at Le Train Bleu is excellent, but if you're not hungry you can get a similar experience at the Big Ben Bar, a memorable place to have a coffee or cocktail while you wait for your train. 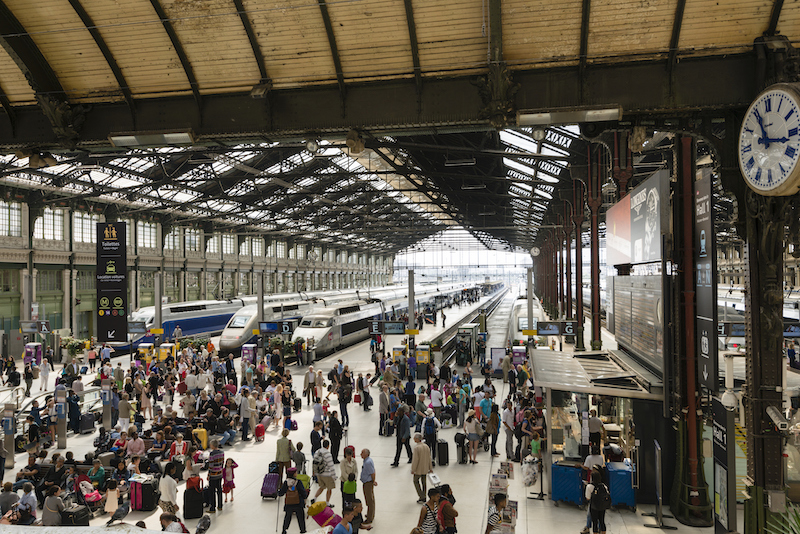 The Paris to Turin service utilises a high-speed TGV train, which means that once you're out of Paris you'll be travelling at speeds of up to 186 mph, past fields, forests and villages. The train slows down as it winds its way through the foothills of the French Alps, before speeding through the Frèjus Rail Tunnel into Italy. Onboard, the experience is very comfortable, with power sockets for laptops and mobile phones at every seat. There's a cafe car, of course, but you'll feel pleased with yourself if you remember to stock up at the supermarché before boarding the train. Crusty baguette, soft cheese, good ham and a bottle of red wine = bliss (just don't forget the bottle opener!). 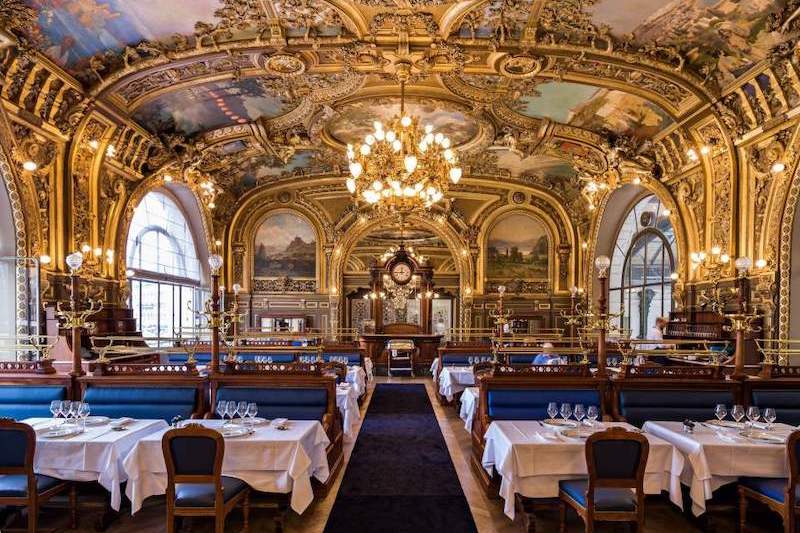 The Paris to Turin train arrives at Torino Porto Susa, one of Turin's two central train stations, and if you're only staying a night it's best to book a hotel close by. While 24 hours in Turin won't be enough to see all this delightful city has to offer – you probably won't have time to visit the remarkable Reggia di Venaria Reale, one of the world's largest royal palaces, for example – a day will give you a good introduction.

Start by exploring Piazza Castello and Piazza Vittorio Veneto, the two central squares. Turin is famous for its elegant cafes, the oldest dating back almost 250 years, and you'll find the most celebrated ones on or around these piazzas. Order a bicerin – a drink of espresso, hot chocolate and whipped cream – at the famed Al Bicerin cafe, founded in 1763, and a tramezzino (a kind of gourmet club sandwich) at Caffè Mulassano, where they were invented in 1925. 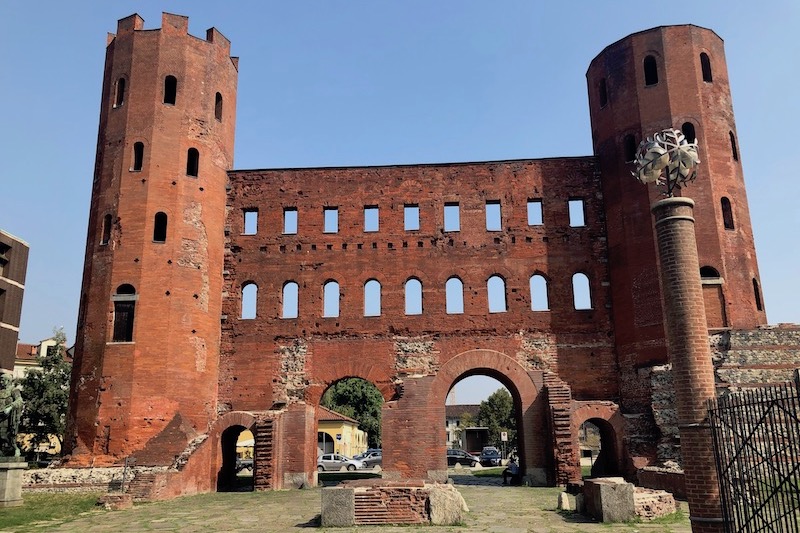 In the evening, wander around the historic Quadrilatero Romano, or Roman quarter, a largely pedestrianised zone with a huge number of bars and restaurants. Other Turin attractions include the Egyptian Museum, considered the best collection of Egyptian antiquities outside of Cairo; the wonderful National Museum of Cinema (best if you have some knowledge of Italian cinema); the 16th century Palazzo Reale, or royal palace; and the Cathedral of San Giovanni Battista, home of the Shroud of Turin. Because of its delicate condition, the shroud itself is rarely on display, but a full-size replica hangs in the cathedral's north aisle. 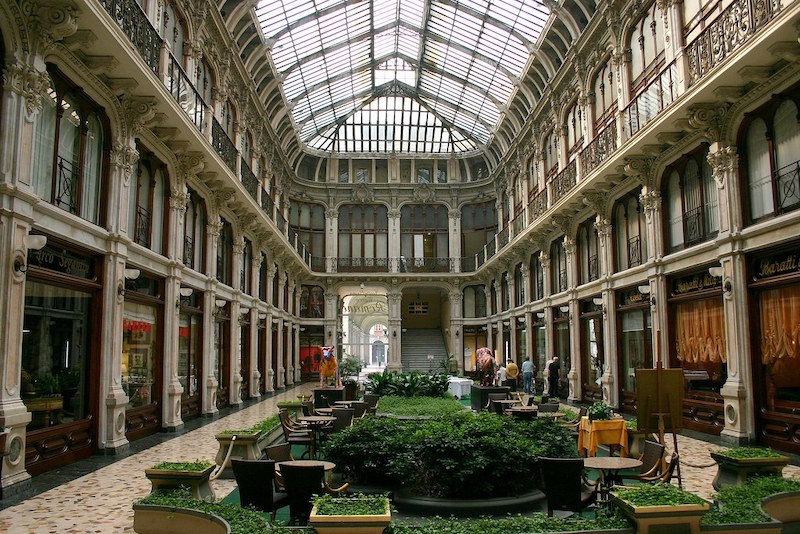 From Turin to Rome by rail is a journey through some of the most beautiful scenery in southern Europe. The route first goes east to Milan, through the fertile farmland of Piedmont and Lombardy, then turns southeast, passing Modena, Bologna and Florence before arriving in Rome. Direct Turin to Rome trains are either a Frecciarossa (red arrow) operated by Trenitalia, the national rail network, or a privately operated Italo train. Both are high-speed trains (the Italo is a little faster) and both services are excellent. Depending on which train you take, you'll arrive at Termini station in the heart of Rome, or Tiburtina station, in the city's north-east. Your Roman holiday has begun. 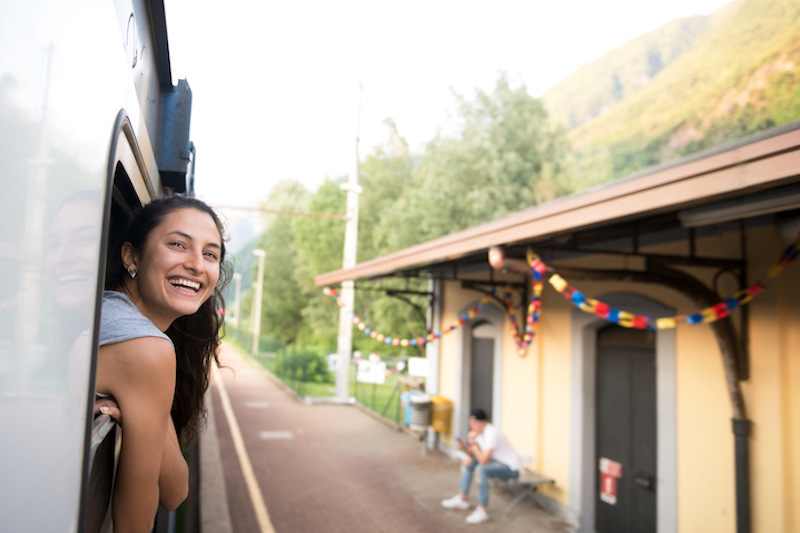