Despite being beautiful, friendly and safe, Nicaragua is still one of the least-visited countries in Central America. If you're looking for a laid-back beach town – with some excellent surfing – you can't get much better than San Juan Del Sur, says Tim Lambourne.

WHERE IS IT AND HOW DO I GET THERE?

San Juan Del Sur is located in the South-west of Nicaragua on the Pacific coast, not too far from the Costa Rican border. If you’re planning on getting there from outside of Central America you’re probably going to fly into Nicaragua’s capital Managua. Lots of American airlines fly to there, usually via one of the big Texas airports.

If you are already in Central America, then you can take a painfully long bus trip to Managua from Costa Rica in the south or El Salvador in the north (Tica Bus is a reliable and safe option). Once you are in Managua, however you get there, San Juan Del Sur is about a two and a half to three hour drive away. You can find cheap local ‘chicken’ buses to take you or you can shuttle direct for $30-40 USD. 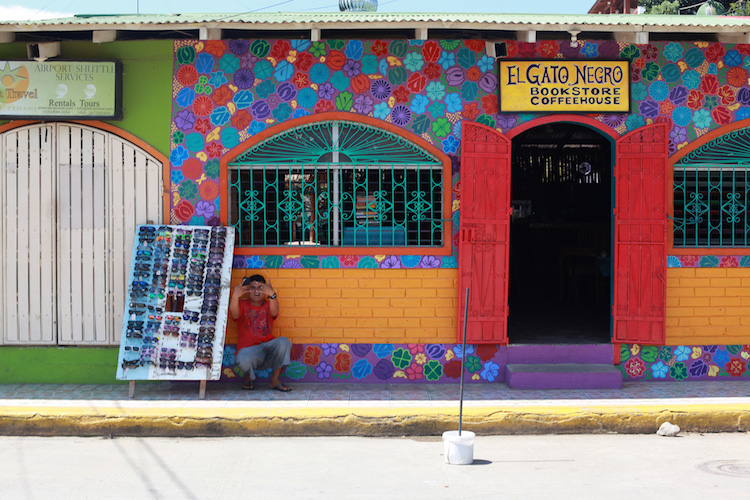 WHEN SHOULD I GO?

That depends on what you want. If you're after pumping surf, you should go during swell season, also known as the ‘rainy/low’ season: April through November. If you want beautiful sunny days and don’t care about the waves then go during the ‘dry/high’ season: December through April.

If, like me, you didn’t take economics in high school, you might like to know that things are a bit cheaper during low season, and you don’t have to book accommodation in advance. And if, like me, you fell asleep in geography class, you might like to know that Nicaragua has actually been a bit ‘droughty’ for the last few years, and that the rainy season hasn’t been all that rainy, so you might just score some blue-bird days to go with your cheap accommodation and smaller crowds

But you might not. You’re up against Mother Nature, after all, and I ain’t gonna sit here and tell you what she’s got planned for you. 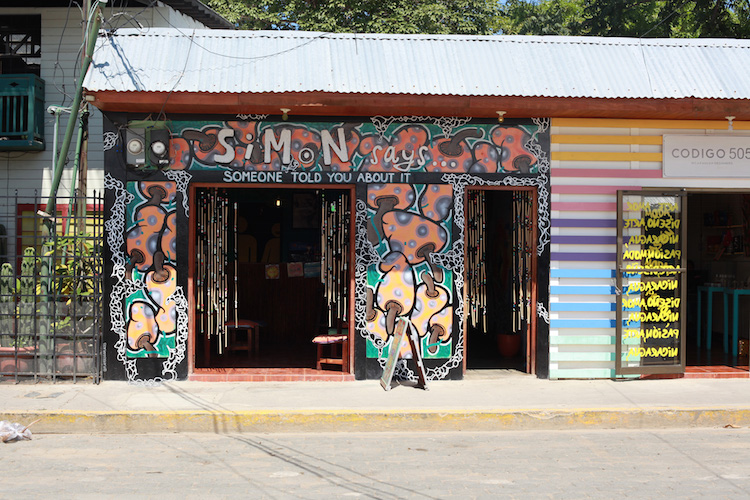 Simons Says Cafe: All you can eat breakfast with a rustic backyard to relax in. Credit: Tim Lambourne.

WHY DO I EVEN WANT GO TO SAN JUAN DEL SUR?

Nicaragua is anecdotally thought of as one of the less-visited spots in Central America, the haven of backpackers looking to soak themselves in spirits and sea-water on the cheap. Yes, it's all that, but its tourism options now extend across the board. With beautiful beaches, world-class surfing, jungles, volcanoes, friendly people and pretty good value for money, you'd be a bit silly to hit Central and not check out Nicaragua.

San Juan Del Sur is the hub of tourist activity on the Pacific side, and while its own crescent moon brown-sand beach – watched over by an impressive (but not that impressive) statue of Christ – isn’t the most beautiful beach ever, take a taxi or a shuttle 20 minutes either north or south and you will find a relaxed, Nicaraguan version of paradise. 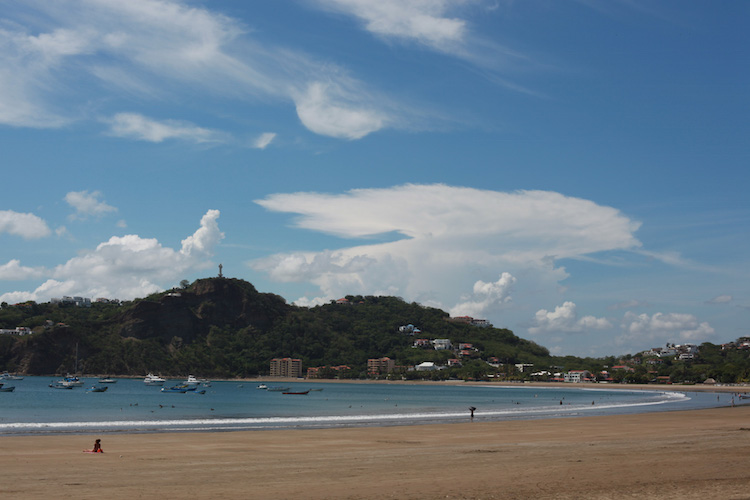 ALRIGHT, I’M IN. WHAT DO I DO WHEN I GET THERE?

If you have come here to surf, you should probably surf. The bananas thing about Nicaragua is the surf consistency. There are offshore winds funneling off of Lake Nicaragua, just east of San Juan Del Sur, all day, 300-plus days a year. Playa Maderas, 20 minutes north of San Juan Del Sur, has fast and fun beach breaks as well as a point break called ‘Machetes’, which you can interpret how you like. To the south is Playa Remanso, which is better for beginners, and Playa el Yankee for the more experienced.

If surfing isn’t your thing you'll still have a great time at all the beaches listed above. Make Maderas your first stop and after having a beachfront drink take a walk about ten minutes around the coast to the picturesque and oft-deserted Playa Majagual.

Fancy checking out some villages and a bit of jungle? If you can handle yourself on a dirt bike, hiring one for $20USD or so is a great way to get into the heart of Nicaragua. If you venture too far from San Juan Del Sur you’ll find yourself on some pretty cut-up dirt roads so be careful. I wasn’t, and I have the scars to show for it. 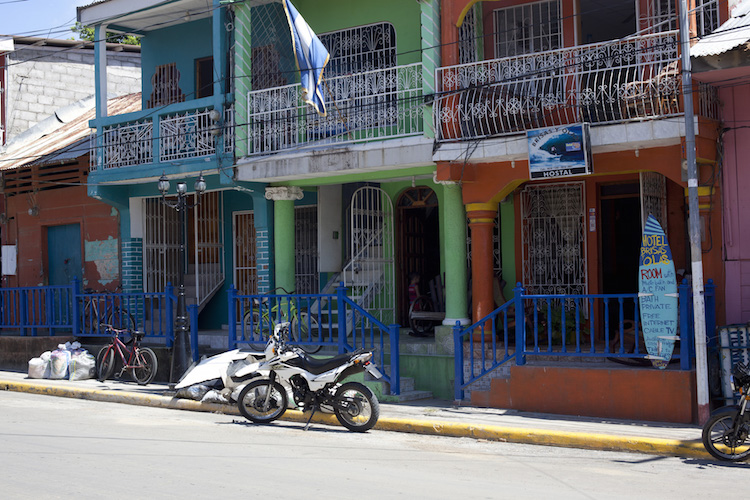 SO WHAT SHOULD I EAT?

Rice and beans, otherwise known as gallo pinto, is a Nicaraguan – and Central American – staple. You'll also find plenty of lobster, raw-fish ceviche and some truly spectacular fried chicken.If you get the chance, keep an eye and an ear out for pelibuey, a delicious half-sheep half-goat creature that is cooked over coals during celebrations like birthdays and weddings. It’s incredibly tender and flavoursome and well worth gate-crashing a 21st for.

Tim Lambourne is a New Zealand braodcaster, television producer and writer. He's lived in Japan and the United States and can currently be found somewhere in Central America.