Satay City: Where to Eat in Kuala Lumpur

The best city in Asia for eating? That's a tough one, but Alexia Santamaria thinks she might have found a winner: Kuala Lumpur, Malaysia's street food capital.

If you are obsessed about food, as I am, Kuala Lumpur will feel like home. While back in New Zealand you may be dismissed as a food bore, unable to shut up about some new Vietnamese duck salad or artisan cheese you've just eaten, in KL people understand your obsession – and share it. They appear to think about food almost constantly: you jump in cab, groaning at the seams after an enormous lunch, and the driver will ask you where you're having dinner. These are my kind of people. 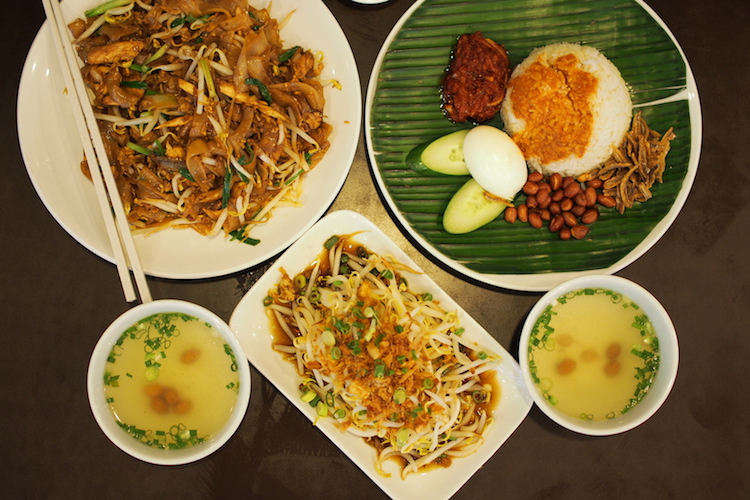 KL does have other attractions, of course. The limestone outcrops and Hindu temples at Batu Caves is fascinating, despite the 272 steps to the top – and also slightly unnerving, should one of the monkeys spy your food. Little India is culturally enriching; the Islamic Arts Museum exquisite; the shopping malls are off the scale. And of course the 450m high Petronas Towers are well worth a gawk, even if only from the ground. But my favourite thing to do by far in this dynamic city is eat  – all day, if possible. The food here, and all over Malaysia, is worth the flight.

When visiting other cities I often ask "Which are the great restaurants I need to eat at?" But it's not like that in KL. Everything we ate, from meals at swanky hotels to the 5 ringgit ($1.75 NZD) roti canai in the food courts, was great; not one bad meal in a week. Eating in KL is more about dishes you need to try, or areas your need to visit, than specific trendy restaurants.

One of these areas is Jalan Alor. It's pretty ordinary during the day, but from early evening the food vendors emerge and this strip is alive with lights and noise, and the most mouth-watering smells emanating from the hawker stalls. This is street food at its absolute best. There are sit-down restaurants on the street (we particularly liked Wong ah Wah right at the end of the street – locals go crazy for their chicken wings), but I warn you: it'll be hard to resist the plump dumplings, satay sticks and seafood flamed over charcoal, and luscious, headily scented tropical fruit along the way.

Most of the food at Jalan Alor is local, but there are vendors selling Szechuan Chinese, Thai cuisine and other Asian varieties too. Not everything is spicy, but every single dish is packed with flavour. If only we had the ability to extend our stomach capacity, we might have been able to try everything we wanted. Again and again, we heard other tourists say they planned to come back to Jalan Alor before they left. Definitely go hungry. 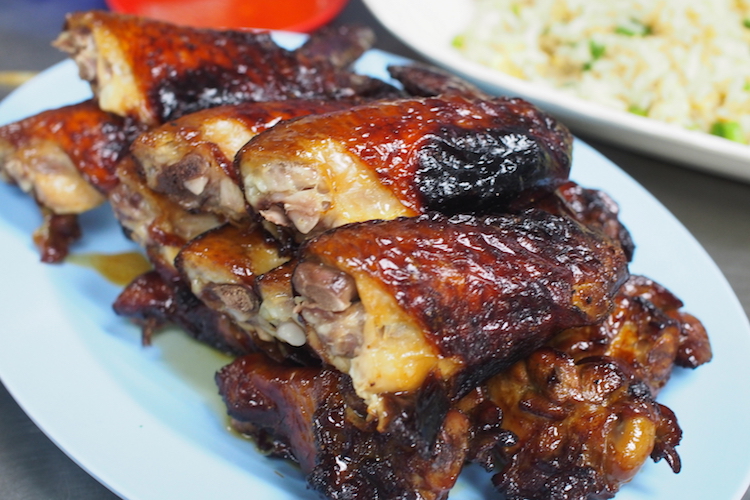 If you don't feel like being outside in the heat but still want hawker-style food, KL has plenty of excellent food courts, like Lot 10 Hutong and Food Republic, where you can get that street food taste in a cleaner, air-conditioned environment. We loved the BBQ Pork Wantan Mee and Hainan Chicken Rice at Hutong, but everything looked delicious.

One of the best things about the food in KL is the wonderful mix of Nyonya, Mamak, Chinese, Malay and Indian cuisine. You can get Indian food all over the city, but for some of the very best, head to the colourful Little India area. We loved the Temple of Fine Arts, which offers one of the best all-you-can eat South Indian thali meals. You are served by volunteers, with all proceeds helping to promote traditional Malaysian arts. Sweets and snack carts abound on the brightly decorated streets outside if you feel like a bite on the go. 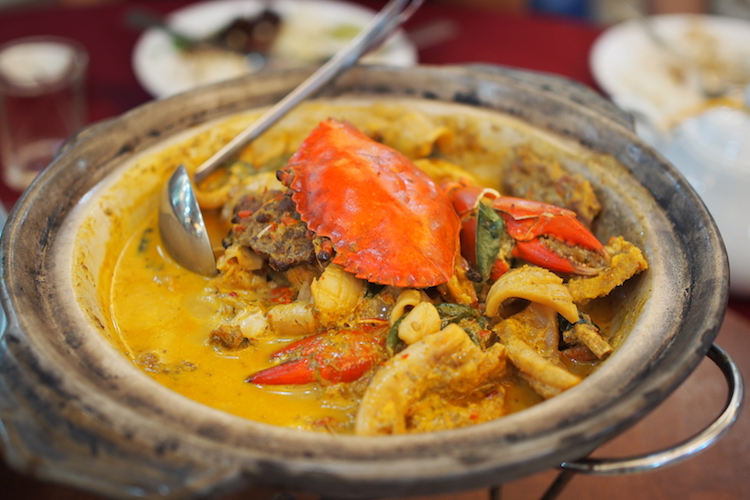 There is a huge list of dishes you should try when in KL, but it would take too long to mention them all. On the don't-miss list are satay, of course; nasi lemak (a wonderful combination of coconut rice, crispy deep-fried whitebait, sambal, cucumber and boiled egg in a banana leaf); roti canai (a soft, buttery Indian-influenced flatbread cooked fresh to order and served with different curries); Assam laksa (a sour fish-based soup with tamarind, often topped with fresh pineapple and ginger flower) Hokkien char mee (thick yellow noodles, with sliced pork, squid or prawns and cabbage served with dark soy sauce cooked over charcoal to give it a great smoky flavour) and bak ku teh (meaty pork ribs simmered in a complex broth of herbs and spices for hours on end).

If you're a fan of Asian sweets you'll be thrilled you can get Malaysian kuih around every corner. Usually steamed and made from glutinous rice, kuih comes in colourful combinations often including coconut, mango, pandan, tapioca, sago and palm sugar. I'm not really willing to admit how many times I used 'research' as an excuse to sit down to these delightful packages of sweet joy.

Kuala Lumpur is not the place to go if you are even considering counting calories. Tasty, fresh, incredible food is available 24/7 and absolutely everywhere. If you are food obsessed you will be in excellent company. I personally can't think of anything better than a city, in fact a nation, obsessed with cooking and devouring fabulous cuisine.