Scotland’s islands offer an unexpectedly magical mix of attractions: from archaeology, wildlife and whisky to culture and heartbreakingly beautiful scenery. Mary de Ruyter rounds up the islands you need to visit. 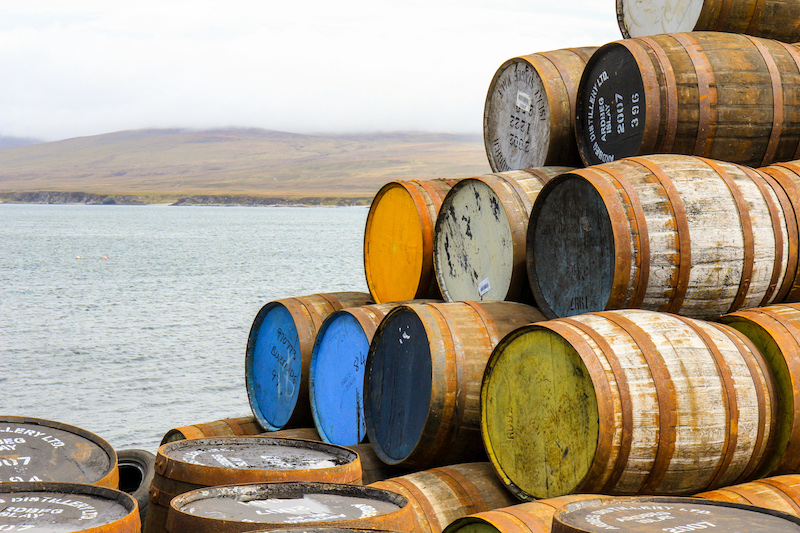 Whisky barrels on the Isle of Islay. Photo: Getty Images

You don’t have to like whisky to enjoy Islay, but it helps. The island is nearly a third of the size of Stewart Island, and home to an impressive eight whisky distilleries. Most produce distinctively peaty, smoky single malts – though Bruichladdich and Bunnahabhain go a little lighter on the palate. It’s worth dropping by a couple of distilleries for tastings and tours.

Exposed to the wild Atlantic, Islay is also renowned for its wildlife. Many bird species breed here, so there’s a good chance of seeing golden- and white-tailed eagles, corncrakes, lapwings, large flocks of geese, and much more. There are two RSPB (Royal Society for the Protection of Birds) reserves, too. At sea, keep an eye out for otters, dolphins, seals and occasionally whales. Add in excellent seafood and picturesque beaches, and there’s really no reason not to go. 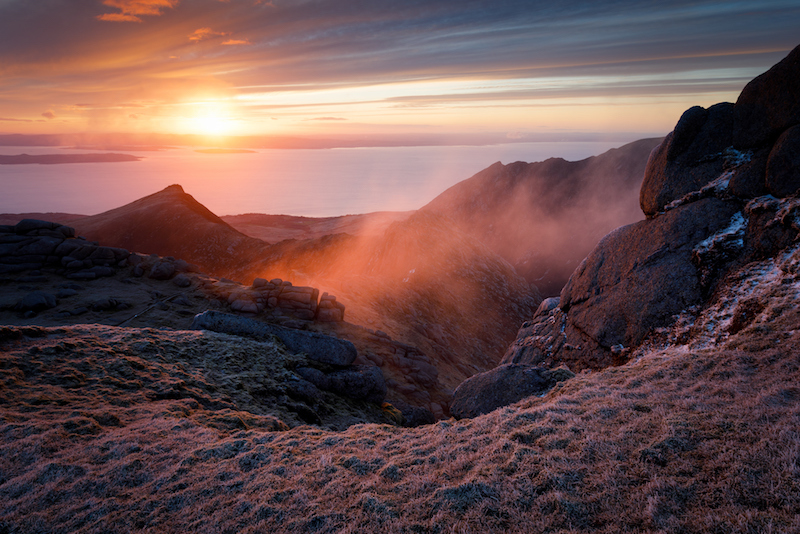 The mountains of Arran at sunset. Photo: Getty Images

The northern half of the island is more rugged than the south, echoing the mountainous landscape of Scotland’s north. Scramble up Goatfell, Arran’s highest mountain, for views west to the Mull of Kintyre, or south-west to Northern Ireland on a clear day. There are plenty of short walks, but if you’re game for a multi-day walk, dust off your boots for the Arran Coastal Way: a challenging, varied 105km trail around the island. The ancient jewel in Arran’s crown is Machrie Moor, a Neolithic site of six closely grouped stone circles, as well as burial cairns and standing stones nearby. There’s atmosphere aplenty here, as you contemplate your place in the scheme of things. 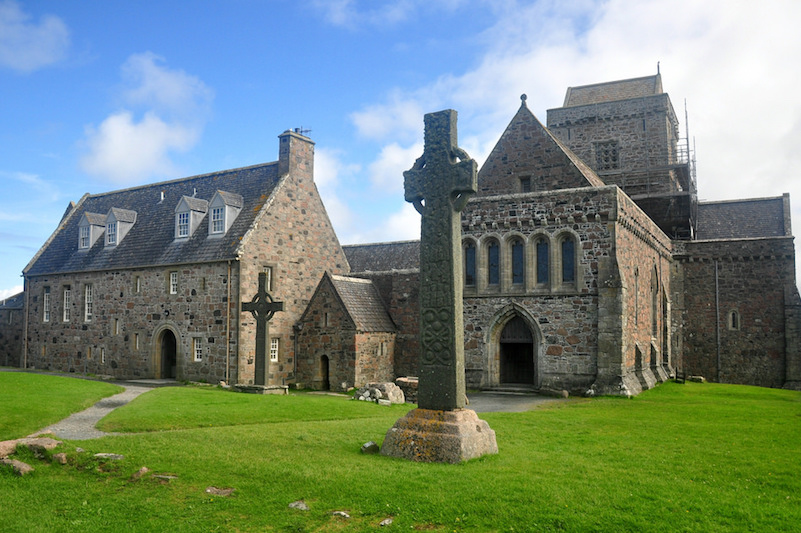 Both sites of pilgrimage, neighbouring Iona and Staffa draw visitors for very different reasons – and are easily visited as a day trip from Oban or the Isle of Mull. Iona is rich in history: it’s the place where St Columba landed in 563 to bring religion to the Scottish ‘heathens’. The Book of Kells was believed to have been partially produced here, then taken to Kells in Ireland for safekeeping when Vikings raided the island’s monastery. Many of Scotland's early kings chiefs are buried in the abbey's graveyard. Spend the night here to soak in the overwhelming sense of calm.

The wonder of uninhabited Staffa lies in its remarkable geology. Millions of years ago, molten lava cooled and contracted into towering hexagonal basalt columns. In defiance of all logic, some of the rocks even bend. The island is widely recognised as the ‘other end’ of Northern Ireland's famous Giant's Causeway; legend has it the causeway was created by Irish giant Fionn mac Cumhaill, then destroyed after a bit of argy-bargy with Scottish giant Benandonner. The geological quirk of Fingal's Cave has attracted and inspired artists from Mendelssohn to Bjork. 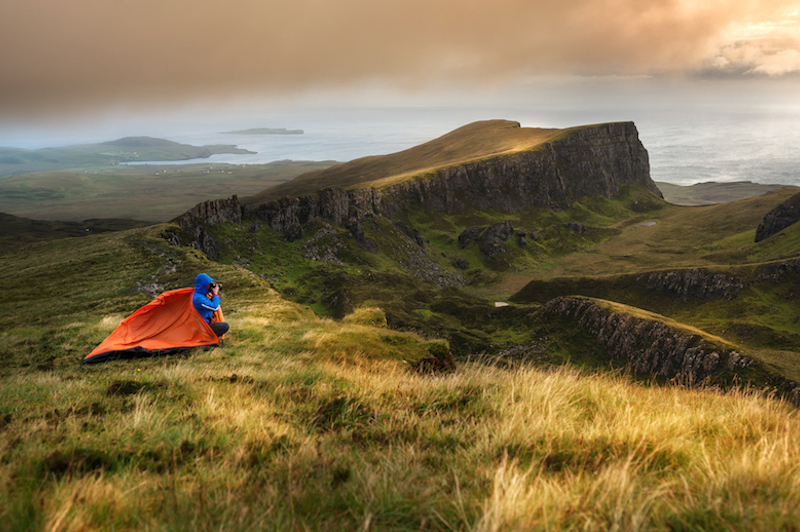 Campers on the Quiraing circuit, a famous trekking trail on the Isle of Skye. Photo: Getty Images

Some people would argue Skye technically isn’t an island, since a bridge connecting it to the mainland was opened in 1995. Those people are pedants. Skye still feels like an island, wild and rugged – and has been immortalised as such in the Skye Boat Song, a folk song telling how Skye resident Flora MacDonald helped Bonnie Prince Charlie escape, disguised as her Irish maid, to Skye during the Jacobite Risings in 1746.

This island is a view-hunter’s dream, from roadside vistas to mountaintop panoramas. The Black Cuillin is a breathtaking range of rocky summits, created from volcanic rock that can interfere with compasses, and perfect for bagging a Munro (translation: getting to the top of a mountain more than 914m high). Tradition dictates hikers finish their walk with a drink at The Sligachan, an iconic pub favoured by climbers and hill-walkers since 1830.

More sedate pursuits include checking out the thriving arts and crafts scene, and visiting Dunvegan Castle, Scotland’s oldest continuously inhabited castle and the stronghold of Macleod chiefs for more than 800 years. Skye’s moody beauty has also featured in many films, including The Wickerman, Highlander, Stardust, Prometheus, and The BFG. 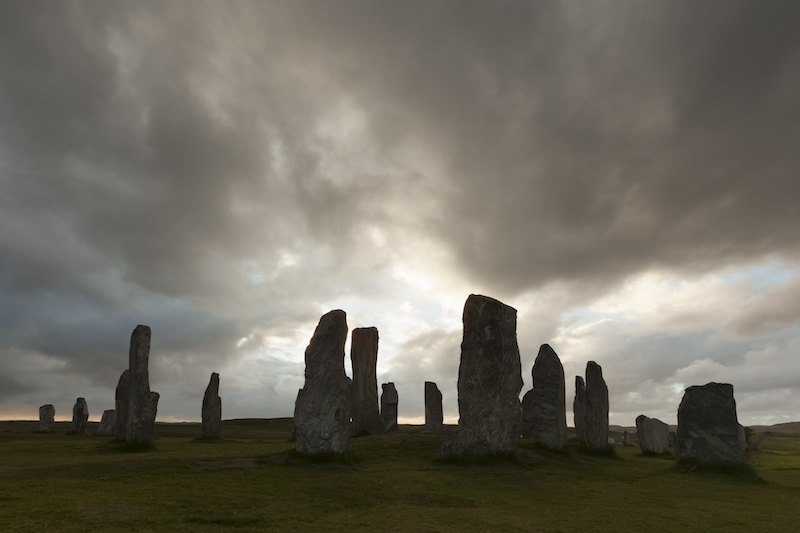 Shaped by the wild Atlantic, with wide open spaces and white-sand beaches to rival New Zealand’s best, this remote archipelago is something special. The Outer Hebrides is the heartland of Gaelic culture. Crafters weave the famous Harris tweed; at a “trad” music session in a pub, you’ll likely hear people speaking Gaelic. The devastating clearances of the 18th and 19th centuries wreaked havoc here, though crofting (farming) is still a way of life for some.

Lewis, Harris and South Uist have the best hillwalking. On other islands, the machair (grassy sand dunes) merge into stunning beaches you’ll likely have all to yourself. Cycling, canoeing, kayaking and surfing are also on offer. The Outer Hebrides support the highest recorded densities of golden eagles in Europe, as well as white-tailed eagles, hen harriers and short-eared owls.

These islands were formed more than three billion years ago, of the oldest exposed rock in the world, Lewisian Gneiss. By comparison, the 5000-year-old Callanish Standing Stones, 54 large stones arranged in the shape of a Celtic cross on Lewis, have barely been here for a moment. Iron Age brochs and Viking-influenced place names hint at the wealth of history to be discovered. 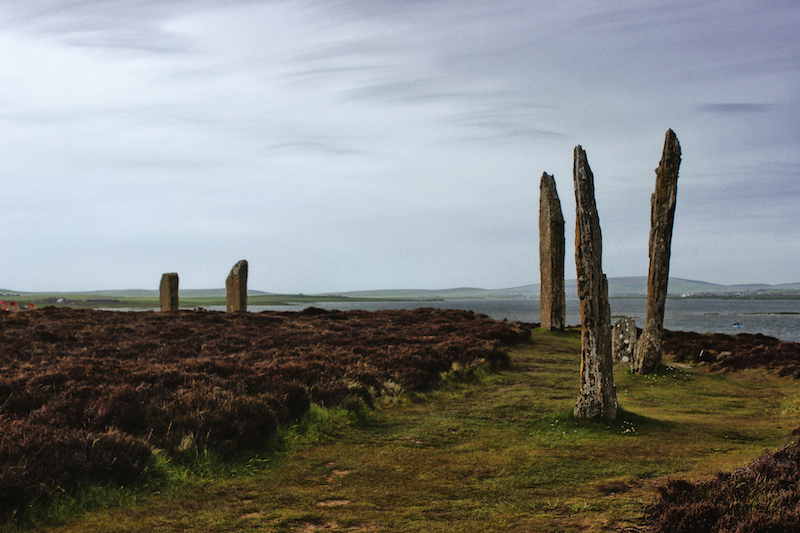 The Ring of Brodgar, a collection of neolithic standing stones in the Orkney islands. Photo: Getty Images

Island hopping is the name of the game here. Orkney comprises more than 70 islands; on some, you’ll have only the wind and wildlife for company. You can take a trip on the world's shortest scheduled flight, from Westray to Papa Westray (two minutes, including taxiing).

Invaded and settled by the Norse in the late eighth and ninth centuries, then reclaimed by Scotland in 1472, Orkney’s history actually stretches back far further. It has arguably more ancient sites than anywhere else in Europe. Mainland (the largest island) boasts a UNESCO World Heritage Site named the Heart of Neolithic Orkney. History is still being unearthed at The Ness of Brodgar, a major site discovered in 2002. Guided tours and archaeology lectures abound. 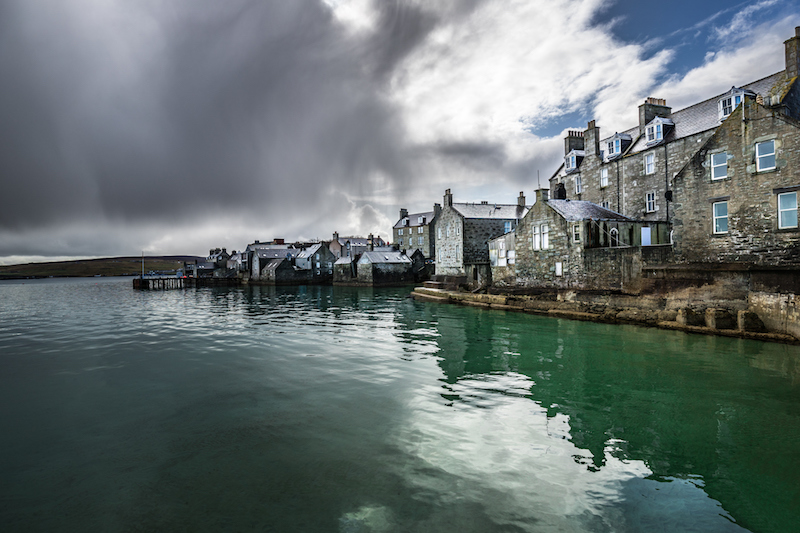 Though it’s part of Scotland, Shetland has a strong Scandinavian flavour – it was under Norse rule until the mid-1400s, and is closer to mainland Norway than the UK’s main landmass. The Up Helly Aa festival, in late January, is a once-in-a-lifetime sight: locals dress up as Vikings, parade through the streets with flaming torches and set fire to a replica Viking ship in the harbour.

Prepare yourself for climatic extremes. The sun only dips below the horizon for a few hours each day in summer, and it’s possible to see the northern lights in winter. The islands are largely treeless because of the wind, yet there are also many fine days. (An authentic Shetland jumper will keep you warm.) Walking tracks wind along superb clifftop paths, past diminutive Shetland ponies grazing on heathery hills, and down to gently curving white-sand beaches. Seals, otters and porpoises are regularly spotted in the surrounding waters, and Shetland is one of Britain’s top bird-watching locations. It’s worth the effort to get here.