With two-thirds of Argentinians claiming some Italian ancestry, it's no surprise that the country is loco for pizza. But on its long journey from Naples to Buenos Aires, pizza has undergone an exceedingly cheesy transformation, finds Catherine McGregor.

Everyone knows you go to Buenos Aires to eat beef. Juicy, fat-marbled beef served straight from the parrilla (grill) is as much a part of Argentinean culture as tango and red wine. But while you wouldn't know it to read some guidebooks, there's a lot more to eating in Buenos Aires than beef alone. If you're all steaked-out – or if, heaven forbid, you're a vegetarian in this most carnivorous of cities – check out BA's idiosyncratic, and quite delicious, take on traditional pizza.

Unlike much of South America, where the quality of the pizza ranges from merely mediocre to completely inedible, pizza in Buenos Aires has a long and proud history. Italian immigrants made the city's first Naples-style pizzas in the late 19th Century, and there are excellent thin-crust, wood-fired pies to be had all over the city – try Filo in the Retiro neighborhood or Siamo nel Forno in Salermo Hollywood.

But for a uniquely Buenos Aires pizza experience, you have to try fugazzeta. In its simplest form, it's fugazza, a thick-crust pizza layered with caramelised onions and oregano – pretty good, but nothing to write home about. But add a thick layer of mozzarella cheese and you have fugazzeta (sometimes called fugazza con queso), a gooey pie that's the coronary-inducing equal of any slab of steak. 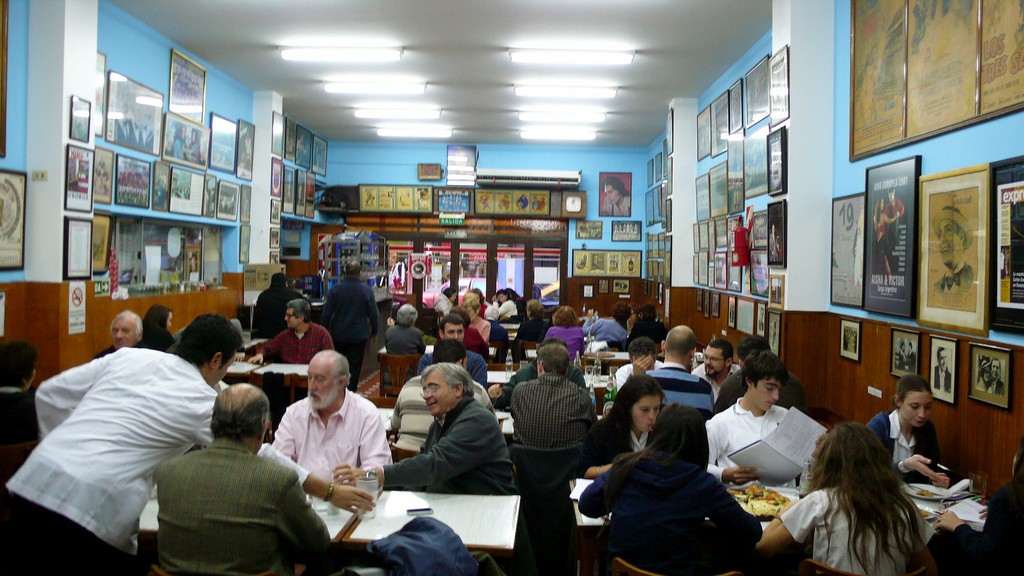 Fugazzeta first slid onto a plate back in 1893 at Pizzeria Banchero in the working class neighbourhood of La Boca. You can still eat fugazzeta there, or at the branch in the city centre, but Banchero doesn't have much to offer beyond its historic value. Much better is Pizzería Güerrín, probably the most famous pizzeria in all of Buenos Aires. Founded in 1932 by a pair of immigrants from Genoa, Italy, Güerrín's location on the Avenida Corrientes, one of Buenos Aires' main thoroughfares, makes it an ideal stop-off after an afternoon's sightseeing. Other excellent places to try authentic fugazzeta include the boxing-and-tango-poster festooned El Cuartito in the Recoleta neighborhood and El Imperio, opposite the massive Chacarita Cemetary. They've been serving fugazzeta and other Italian pizzas at El Cuarito since 1934; El Imperio is the baby of the group, having only opened its doors in 1947.

To accompany your fugazetta, order a side of fainá, a chickpea flatbread which tastes a bit like a drier version of polenta. To eat fainá in the traditional way, you place a piece on top of your pizza slice and eat the whole thing like a cheesy, carb-heavy sandwich. Known as pizza a caballo (a caballo means “on horseback”), it's an acquired taste, but definitely worth trying at least once. Order a glass of sweet muscat wine on the side and it's moscato-pizza-y-fainá, a combination so popular local funk-rock band Memphis La Blusera wrote a song celebrating it.

Where to eat pizza in Buenos Aires