In the minds of many holidaymakers, Caribbean nations are synonymous with luxury resorts and perfect beaches. But if you think one Caribbean island is much like another, think again. Here's our guide to ten of the best. 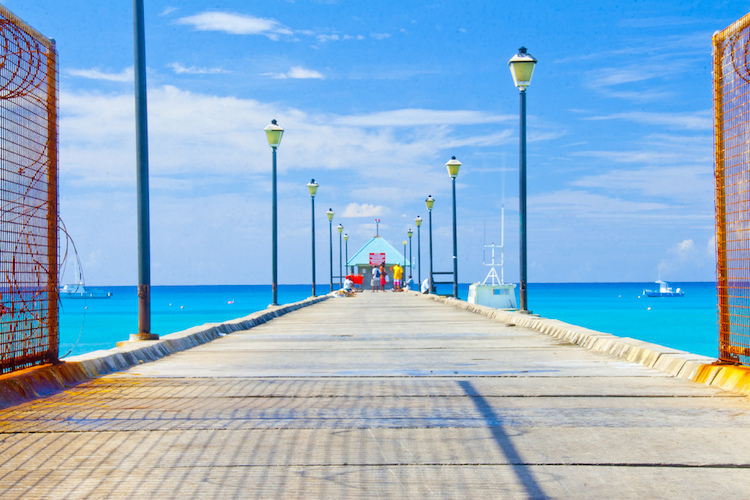 The people of the Caribbean are famed for their friendliness and none more so than those who call Barbados home. And why shouldn't they be? The birthplace of Rihanna has everything that makes an island paradise: perfect powder-white beaches, a lush tropical interior, and some fun – but not too crazy – nightlife. You'll find plenty of top-end hotels and restaurants here, but some of the best Barbadian experiences such as fried fish from the legendary Oistins Fish Fry, or a lazy day at the beach, cost next to nothing, or nothing at all.

It isn't short of high-end and all-inclusive holiday resorts, but if your only experience of Jamaica is the swimming pool and the beach, quite frankly you're doing it wrong! The birthplace of reggae – and its leading light, Bob Marley – Jamaica is an exuberant place where music seems to pour out of every car window and open doorway. For a taste of authentic Jamaican dancehall culture, head to one of the all-night street parties in Kingston, the capital (just leave your valuables back at the hotel). But on this vast island, the third largest in the Caribbean, there are plenty of opportunities for peace and quiet too. The more energetic should head inland to explore waterfalls, rivers, mountains and caves, while those who just want to relax can just head to one of the endless stunning beaches. 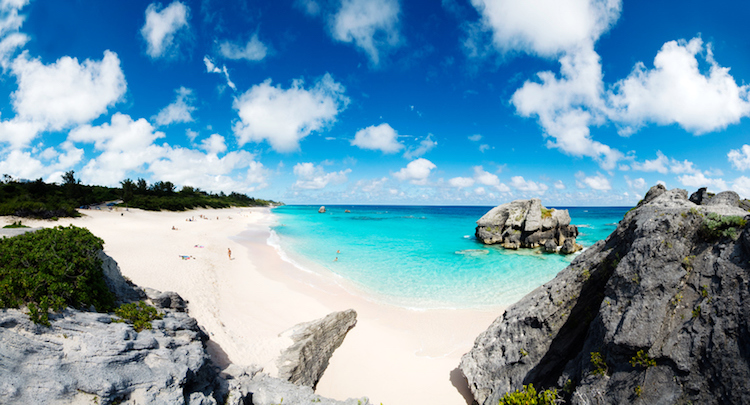 It's not a cheap destination by any means, but if you have the opportunity you should jump at the chance to visit this tiny sliver of paradise. Not technically a Caribbean island – it's located a good few hundred kilometres north of the Caribbean, in the Atlantic Ocean – Bermuda is a British territory famous for its luxury resorts, grand colonial mansions and the amazing pink-sand beaches of the south coast. Just 32km from top to bottom, and around 3km across, Bermuda may not have a lot of landscape to explore, but the offshore diving, some of the best in the world, more than makes up for it.

The Dominican Republic shares the island of Hispaniola with Haiti to the west, but the two nations could hardly be more different. Whereas Haiti is the Caribbean's centre of African culture and custom, the Dominican Republic is Hispanic through and through. Explore its rich history in Santa Domingo's historic district (don't miss the Catedral Primada de America, the Western hemisphere's oldest cathedral still in operation), then head to the wild jungle interior or to one of the countless idyllic beaches. When Christopher Columbus arrived here in 1492 he reportedly called Playa Rincón on the northeastern coast an “earthly paradise”. More than 500 years later, it's still regularly named among the world's most beautiful strips of sand. 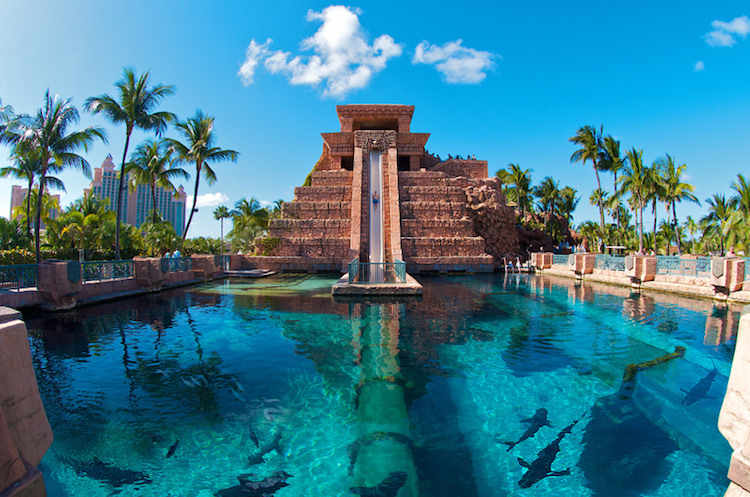 Why choose just one Caribbean island when you can have 700? That's how many islands make up the Bahamas, the far flung archipelago lying just off the south Florida coast. The Bahamas' proximity to the mainland – it's just an hour's flight to Nassau from Miami – means you'll encounter lots of Americans in the big resorts, but with so many islands to pick from it's easy to get away from the tourist hordes too. The Bahamas offer both luxury resorts – check out exclusive Harbor, Eleuthera and Paradise Islands – and more reasonably priced options around the capital, Nassau. Kids with a taste for adventure will love Pirates of Nassau, a huge museum dedicated to the nation's proud piratical history.

Spanish and British colonial influences hold sway across much of the Caribbean, but the French have a foothold too. An overseas department of France, La Martinique retains strong ties with the mother country, both culturally and officially: strange but true, this tiny island in the middle of the Caribbean Sea is actually part of the European Union, with the Euro its official currency. Unlike many of the islands frequented by American tourists, there are no mega resorts here, and – in accordance with French law – no 'keep out' signs on any of its gorgeous beaches. 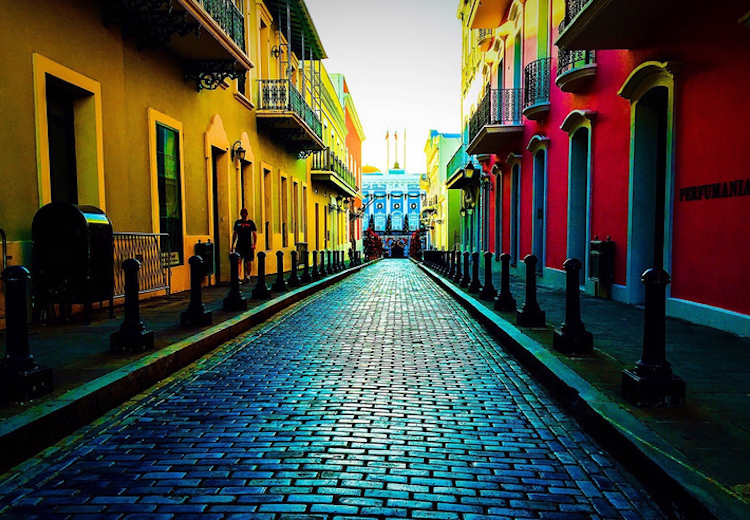 Want a holiday in the Caribbean with all the convenience of the United States, including the same currency? Consider Puerto Rico. The US territory is one of the most accessible islands in the entire region, with multiple flights daily from airports all over the US mainland to the capital, San Juan. Once you're there, spend a day or two exploring the well-preserved colonial city, then head to the beach – the stunning bays at Fajardo and on the island of Vieques have to be seen to believed – or into the world famous El Yunque national rainforest.

This twin-island nation isn't top of most tourists' lists – thanks to the wealth afforded by its deep reserves of oil and natural gas, it hasn't gone all-in on tourism like most Caribbean islands. But for those looking for an off-the-beaten-track island experience, Trinidad and Tobago can't be beat. The most beautiful beaches are found on tiny Tobago, but the biggest tourist draw is probably the pre-Easter Carnival, the Caribbean's largest and most lavish Carnival celebrations. 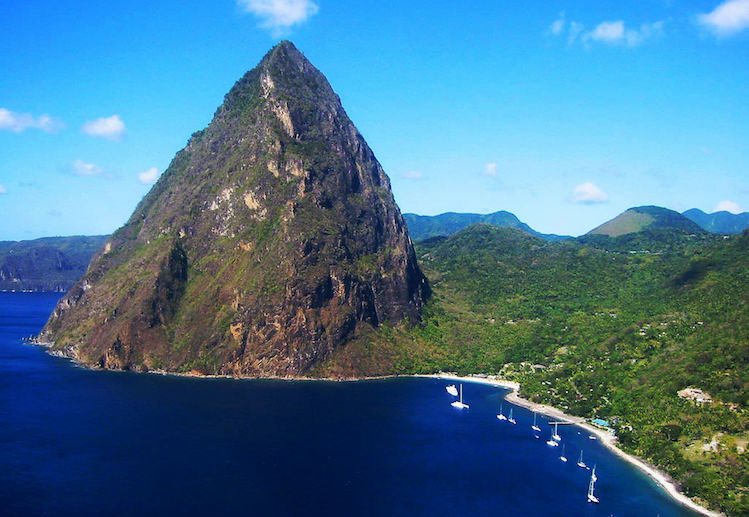 Home to high-end resorts and exclusive hideaways aplenty, St Lucia is a sophisticated, largely-under-the-radar destination popular with celebrities like Gwyneth Paltrow and Martha Stewart. If you've got the money, this eastern Caribbean island is worth the trip for its fabulous beaches and dramatic landscape towered over by twin volcanic spires known as the Pitons. Most visitors arrive in St Lucia by cruise ship, docking briefly at the capital, Castries. If you can stay longer, be sure to spend some time in Marigot Bay, praised by novelist James A. Michener as “the most beautiful bay in the Caribbean”.

It's about as far from the luxury resort image of the Caribbean as you can get, but Cuba is possibly the most interesting – definitely the most unique – country in the entire region. Due to Communist rule and the resulting US trade embargo, much of Cuba is stuck in a time warp, for good and ill. Western visitors love the magnificent (but crumbling) colonial architecture, energetic salsa music and streets full of pre-1960 cars, while bemoaning the lack of tourist infrastructure, internet access and the ability to talk freely with locals. Most people know about the capital, Havana, but there's so much more to this fascinating country: check out the beach resorts of Varadero, the stunning architecture of old town Trinidad, and the lush countryside of the Parque Nacional Vinales.