The top 5 places to go in Mexico

With its diverse and beautiful landscape, ancient culture, and endless beautiful beaches, it can be difficult to know where to start when planning a trip to Mexico. We're here to help. 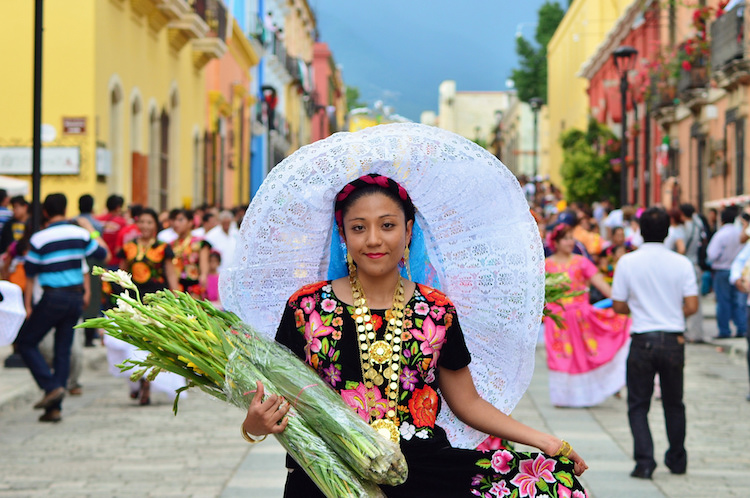 A woman in traditional dress at a cultural festival in Oaxaca. Photo: MaloMalverde/Creative Commons.

Located high in the hills 500 kilometres south of Mexico City, Oaxaca (pronounced Wah-hah-cah) is a charming historic city with a thriving cultural and culinary scene. This is a university town, which means plenty of lively bars, cafes and affordable restaurants. Everything from tamales (corn-based dough and fillings, wrapped and steamed in a corn husk) to roasted grasshoppers (a popular local snack, known as chapulines) are available at street food stands and markets.

But if you try one thing in Oaxaca, make it mole, the rich and spicy sauce – often, though not always, made with chocolate – with which Mexicans smother pork, chicken and beef. You can eat mole all over Mexico, but Oaxaca is the country's acknowledged mole capital. In fact, the region is known to Mexicans as “the land of seven moles” – arrive with a plan of attack and you just might be able to try them all. Once you've explored the town, head out into the countryside: nearby attractions include Monte Alban, a ceremonial centre dating from around 500 BC (far earlier than Palenque and Chichen Itza), and the stunning, undiscovered beaches of the Oaxaca Coast.

A few facts about Mexico City: it's the 10th largest urban area in the world, the oldest capital in the Americas, and the centre of Mexican arts and culture. It's also far safer than you might think – despite its edgy reputation, these days visitors to this fascinating and diverse city are highly unlikely to come to any harm.

Mexico City's attractions are too numerous to mention, but every itinerary should include the National Archaeological Museum; the Diego Rivera murals at Mexico's seat of government, the Palacio Nacional; and Templo Mayor, the temple built on the site where the Aztecs are said to have witnessed an eagle perched on a cactus with a snake in its beak, a mystical sign that was to become the national symbol of Mexico. Art lovers should make a beeline for the Frida Kahlo Museum, aka The Blue House, where the iconic artist was born, lived and died. In the evening, venture out to one of the many bars and restaurants in the leafy, bohemian Condesa district, or in younger, hipper Roma.

In the 1940s, American beatniks and creative types flocked to this town in Mexico's central highlands, attracted by its low cost of living, near-perfect climate and beautifully preserved colonial architecture. Today San Miguel isn't quite such a bargain as it was then, but it remains hugely popular with visitors and US expats. Wander the cobblestoned, traffic-light-free central district, stopping into stores selling authentic handicrafts (no pushy vendors here) and refuelling at one of the town's many restaurants serving traditional Mexican cuisine with a gourmet twist. The picturesque city of Guanajuato nearby is worth a visit too, especially in October, when a huge cultural festival – art, folklore, dance, and music that runs the gamut from mariachi bands to Mexico City punk – takes over the streets. 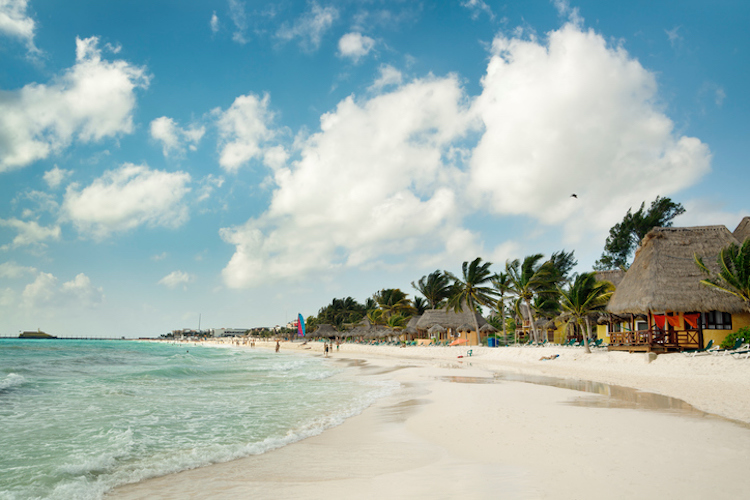 The Caribbean-facing Yucatan Peninsula truly has it all: ancient monuments, spectacular beaches, thrilling adventure tourism and tons of options for eating and sleeping, from bargain basement to five-star luxury. All this, and it's regularly named Mexico's safest region, too.

The northeast coastline is dotted with beach resorts; try eco-friendly Tulum, chic Playa del Carmen, or – if you're in the mood to party – ultra-touristy Cancun (just avoid Spring Break, when thousands of American college students descend for a week of drunken debauchery). Yucatan is the home of Chichen Itza, the world-famous Mayan ruins voted one of the 'New Seven Wonders of the World' and a must-visit if you're in the area. Chichen Itza is a three-hour drive from Playa del Carmen; you can take a public bus and hire a guide on-site, but it's better to join one of the many day tours from resorts along the coast. 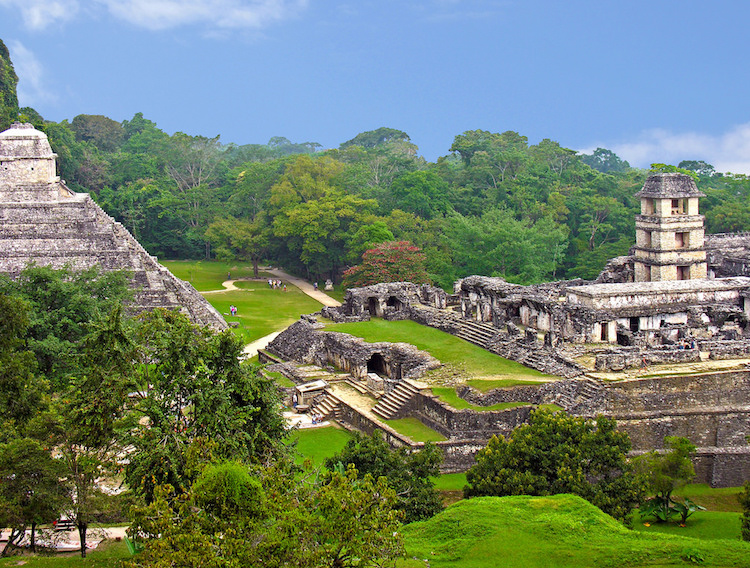 Mexico's southernmost state is a land of tropical rainforests, charming colonial cities and a strong indigenous culture. Chiapas is a stronghold of Mayan culture and is home to what most consider Mexico's most important Mayan archeological site, Palenque, as well as a number of smaller sites deep in the jungle.

A visit to Chiapas – like Yucatan, one of the safest parts of Mexico – allows you to combine historical exploration with nature adventuring: take a day trip to the spectacular twin waterfalls of Agua Azul and Misol-Ha or, better yet, stay the night and get to know the area's diverse wildlife, including jaguars, monkeys and armadillos. Be sure to put aside a few nights in San Cristobal de las Casas, a charming colonial town which is one of Mexico's so-called Pueblos Mágicos (Magical Villages), with cobblestone streets and balconies laden with flowers.