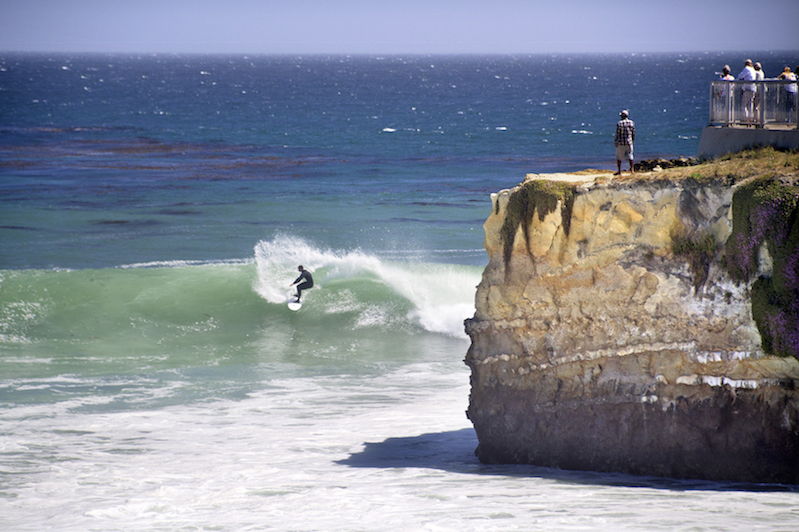 Learn to surf at Santa Cruz

One of California's premier surf towns – it's reckoned three Hawaiian princes first rode the waves here in 1885 – Santa Cruz is also where Jack O'Neill started the O'Neill surfwear range in 1952. Learn to surf on the usually gentle waves of Cowell's Beach, visit the nearby Santa Cruz Surfing Museum, and then raise a glass to Jack at O'Neill's Lounge at the oceanfront Dream Inn. 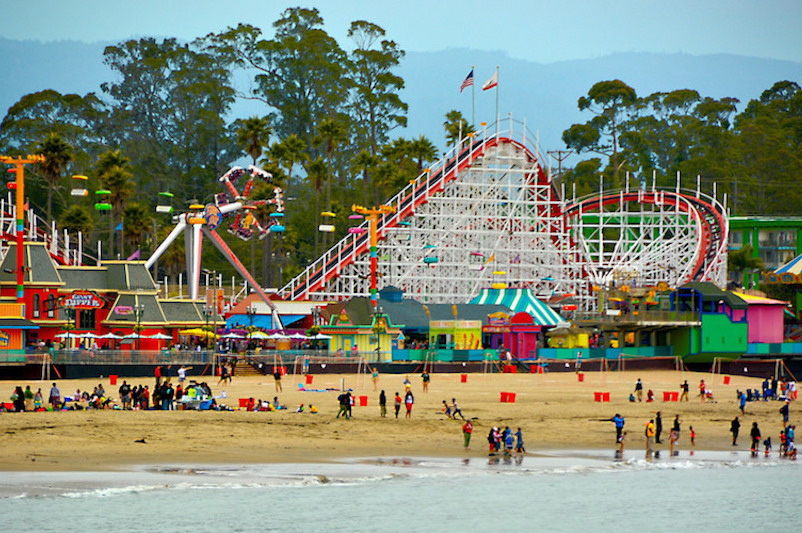 The oldest waterfront amusement park on the West Coast of the United States, Santa Cruz's boardwalk retains its heritage retro vibe more than 100 years after opening in 1907. Admission is free, but there’s a charge to tackle the exciting rides like the Giant Dipper, a huge wooden roller coaster opened in 1924. If you can bear to look, the best views of Santa Cruz's sprawling main beach are from the Giant Dipper's 21-metre high point.

Welcome to California where savvy chefs proudly use local, sustainable and organic ingredients. Partner the kimchi and beef burger from Assembly with a Californian wine or craft beer, before moving on to Penny Ice Creamery for refreshing treats crammed with seasonal ingredients. The pumpkin pie and Meyer lemon with poppy seed flavours are both an authentic slice of America. 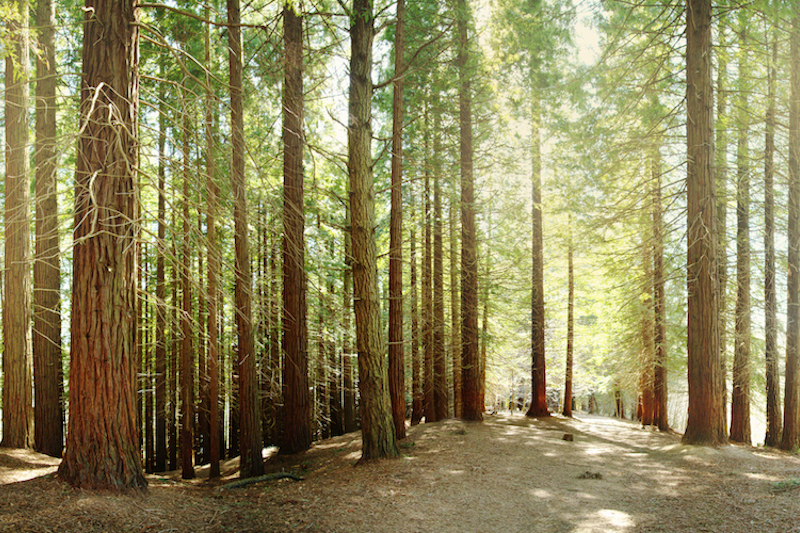 Discover the redwoods of the Santa Cruz mountains

Around 12 km north of downtown Santa Cruz, the village of Felton is a good base for a day trip exploring the region's redwood forests. Tackle the ziplines at Mount Hermon Adventures before riding the rails on the heritage steam train at the nearby Roaring Camp and Big Trees Narrow Gauge Railroad. During summer months, the railway also offers a scenic three-hour return journey to and from the main beach at Santa Cruz. 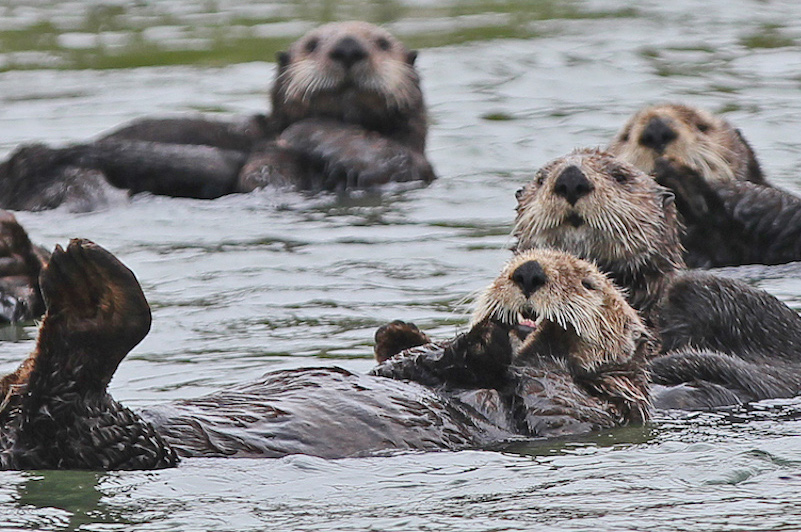 Kayak or paddleboard at Elkhorn Slough

Around 40 km south of Santa Cruz along California's famed Highway 1, Moss Landing is the base for exploring the Elkhorn Slough National Estuarine Reserve. Spying on the excellent birdlife and the local sea otter population is best done up close and personal in a kayak or on a stand up paddleboard. After a morning of coastal exercise, adjourn to Phil's Fish Market in Moss Landing for clam chowder or crab rolls. Just off the coast of Monterey, the Monterey Submarine Canyon descends to a depth of almost two kilometres – beating the depth of the Grand Canyon. This underwater ravine is packed with nutrients and ocean wildlife. Blue whales and humpback whales drop in from April to December, while grey whales pass by from December to March. Boat trips leave from amid the kitschy but fun seafood restaurants of  Monterey's Fisherman's Wharf.

Explore the legacy of novelist John Steinbeck in Salinas

An easy 30 km detour west of Monterey, the agricultural town of Salinas is the birthplace of Nobel Prize-winning novelist John Steinbeck. The town's National Steinbeck Center is an interesting memorial to the author of The Grapes of Wrath and Cannery Row, and Salinas is still a solid farming town with a big population of working class Hispanic families. Check out the simple Mexican restaurants along Main Street for some of the best tacos and burritos north of the border. 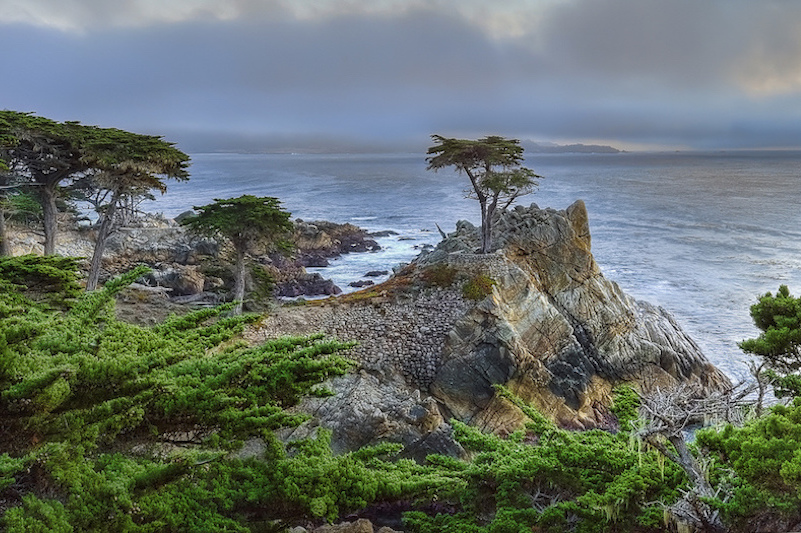 Just maybe the best short drive on the west coast, 17-Mile meanders around a procession of rugged coastal beaches past world-famous golf courses, windswept vistas, and the twisted and tortured 'Lone Cypress' tree that’s been perched on a rock for almost 300 years.  The tree-shaded streets of Carmel feature excellent restaurants including the modern European flavours of La Bicyclette.

A flipside to genteel and refined Carmel is the nearby town of Carmel Valley which crams vineyards, tasting rooms and bistros into its more rustic surroundings. Head past the farm-stands selling organic and harvest-fresh produce and partner wood-fired pizza with local varietals at Corkscrew Cafe. Ask if the Pinot Noir by local winery Georis is available. For craft beer fans, Valley Greens Gallery combines ever-changing artwork and surprising brews from smaller Californian breweries.