Take advantage of Air New Zealand's direct flights from Auckland to Houston, and continue to the hip and laidback city of Austin. Infused with a liberal attitude informed by a diverse music scene and the University of Texas campus, it's a city which proudly celebrates its “Keep Austin Weird” motto. 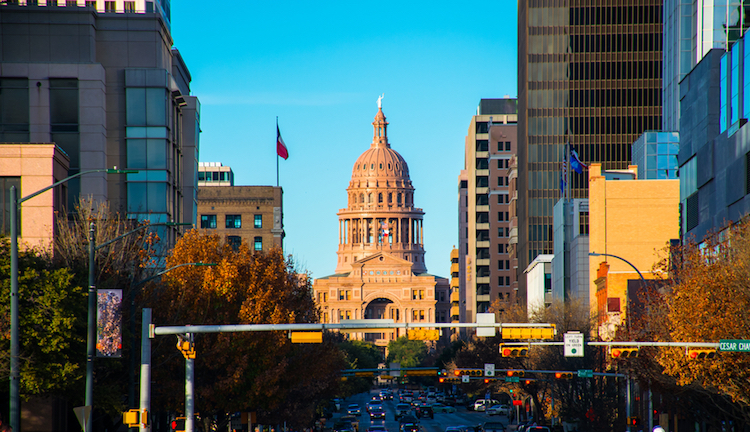 Everything is bigger in Texas

Sprawling Houston and Dallas are the biggest cities in Texas, but Austin (population 912,00) is actually the state's capital city. Crowning the northern end of Congress Ave, the Texas State Capitol is an elegant highlight of the city's historic skyline. Topped with a massive gold star, the building's dome surges to a height of  93 metres, higher than the US Capitol building in Washington D.C.

Harking back to the time when Texas was an independent republic from 1836 to 1845 – the original 'Lone Star' state – stars are also a recurring design motif throughout the storied rooms and debating chambers of Austin's Capitol, and the state's history and culture are  explained with characteristic Texan hubris and humour on excellent walking tours through the building. From the Capitol, it's an easy stroll on wide tree-lined avenues to the Bullock Texas State History Museum where a highlight is the poignant story of the defence of the Alamo in nearby San Antonio.

From the storming Texas blues of Stevie Ray Vaughan to the sheer songwriting class of Willie Nelson, Austin has long been one of the United States' most important music cities. Live venues fill the heritage 19th-century buildings along Sixth St, and on weekends the thoroughfare is packed with music fans wandering from gig to gig. A few blocks away in downtown, ACL Live at the Moody Theater has hosted recent shows by acts as diverse as Robert Plant and Florence and the Machine, and October's annual Austin City Limits is an effortlessly cool celebration that inspires other great music festivals around the world. Even in Auckland. 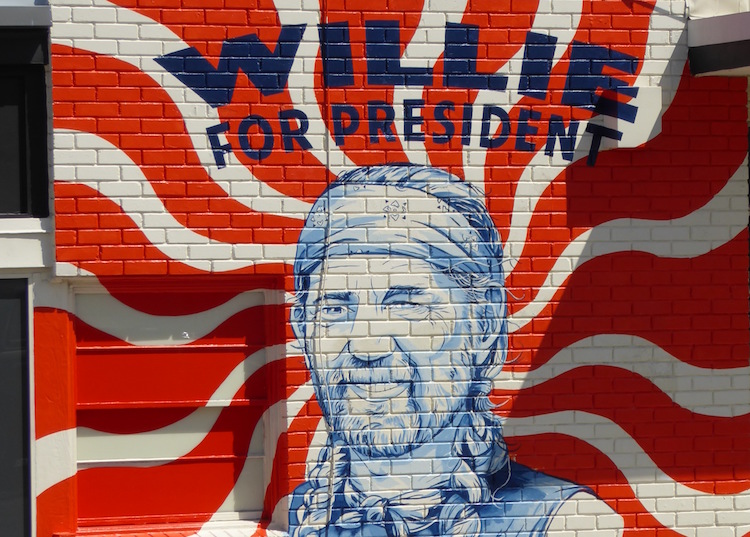 Visit Austin in mid-March for the annual South by Southwest festival to see the planet's best emerging talent, and throughout the year, head south across Lady Bird Lake for country, blues and rock at The Continental Club, or learn to dance the two-step at the Broken Spoke, a classic honky tonk dance hall.  For an anecdote-packed exploration of the city's musical history, hook up with Austin Music Heritage Tours. 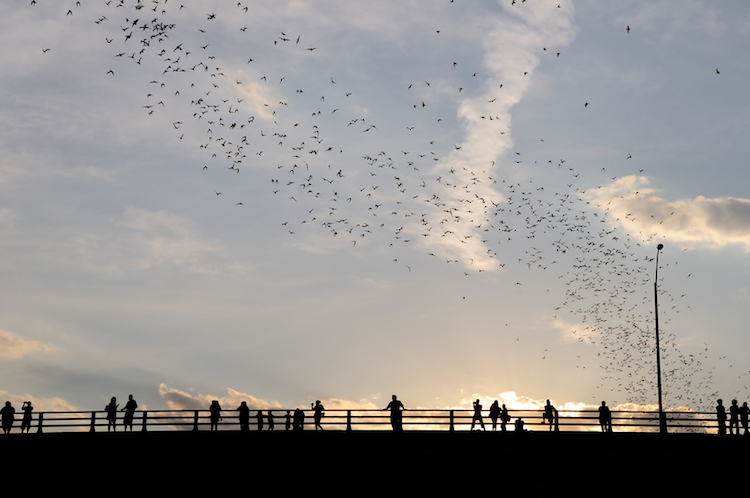 At sunset from March to October, the biggest live show in town is the flight of up to 1.5 million bats from underneath the Congress Avenue Bridge linking the north and south of the city.  Against an amber dusk background of the Austin skyline, swarms of Mexican free-tailed bats - the largest urban bat colony in the world - dart from underneath the bridge to a soundtrack of high-pitched sonar chirps. After around eight hours, the bats return before sunrise to again conceal themselves under the bridge's arches during the day. Watching the bats from the bridge is popular, but a better option is to join a boat trip with Lone Star Riverboats or Capital Cruises for the best view of their nightly migration. 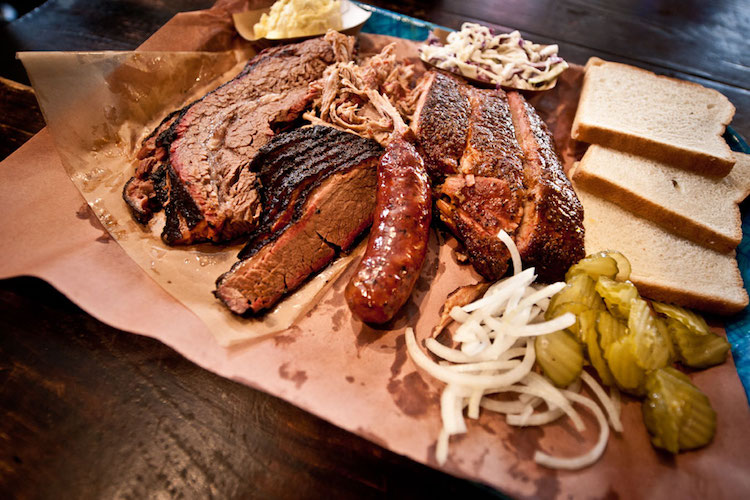 The neighbourhoods to the east of the I35 freeway dividing Austin are an established residential area for the city's Hispanic and Afro-American population, and now low rents and a bohemian vibe are combining to introduce hip bars, restaurants and an ever-expanding collection of food trucks. Craft breweries like Blue Owl Brewing and Hops & Grain reinforce Austin's profile as the capital of the Texas beer scene, and the popular Pueblo Viejo food truck on East Cesar Chavez St channels the area's Mexican heritage to serve Austin's best breakfast tacos, a local flavour combination incorporating chorizo and fluffy scrambled eggs.

East Austin is also the smokey hub for delicious Texan barbecue with brisket and pulled pork cooked 'low and slow' from the early hours of the morning. The established favourite is Franklin Barbecue – be ready to queue for a couple of hours for lunch – but nearby Kerlin Barbecue was recently named one of America's Best New BBQ Joints and is usually less busy. 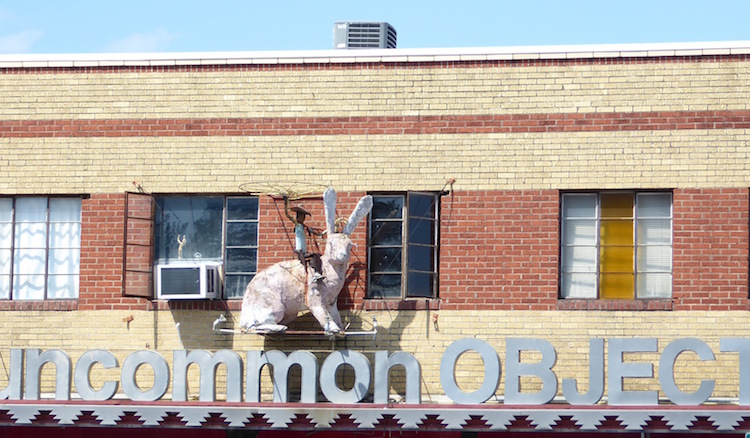 Known as SoCo to the locals, South Congress Ave is one of Austin's most interesting neighbourhoods. A 30-minute walk south of downtown across Congress Bridge, the recently revitalised area features stylish retro motels, bohemian shopping opportunities and some of the city's best eating and drinking. Pick up south of the border souvenirs at the Tesoros Trading Company – the influence of Mexican artist Frida Kahlo and lucha libre wrestling culture fills the store's colourful retail maze - and nearby, Uncommon Objects is packed with vintage and pop culture treasures. Look for the cowboy riding a mythical jackalope.

On the first Thursday of every month, South Congress becomes a street-long block party. Cool down with artisanal ice cream from Amy's Ice Cream – good luck choosing from the dozens of flavours – or pair Texan Gulf Coast oysters or crab cakes with brunch-friendly cocktails on the deck at Perla's Seafood & Oyster Bar.