While the Gold Coast and Sunshine Coast draw the majority of visitors, a more remote Queensland highlight – yet arguably one of the most beautiful – is Fraser Island. This World Heritage-listed paradise is the largest sand island in the world and is known for its diverse wildlife, pristine lakes and miles of untouched coastline. 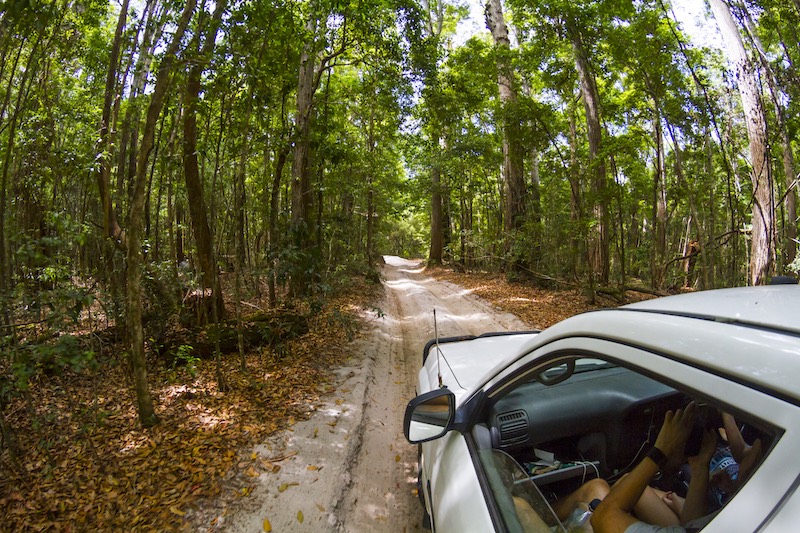 Driving on the sand roads of Fraser Island. Photo: Getty

The only way to truly see Fraser Island is by taking to it in a 4WD vehicle, ideally with an experienced guide behind the wheel. Driving on Fraser Island is not for the faint-hearted; the roads are exclusively sand, and they’re always bumpy and at times treacherous – hold on tight and be prepared to hit your head on the roof a few times. Being driven around Fraser Island is a thrill in itself, and that’s not even mentioning the spectacular views out the window. Each tour is different, but most include plenty of time at Lake McKenzie and 75 Mile Beach, two of Fraser Island’s most famous attractions.

If you decide to drive yourself, make sure you’re experienced in off-roading and driving on sand. 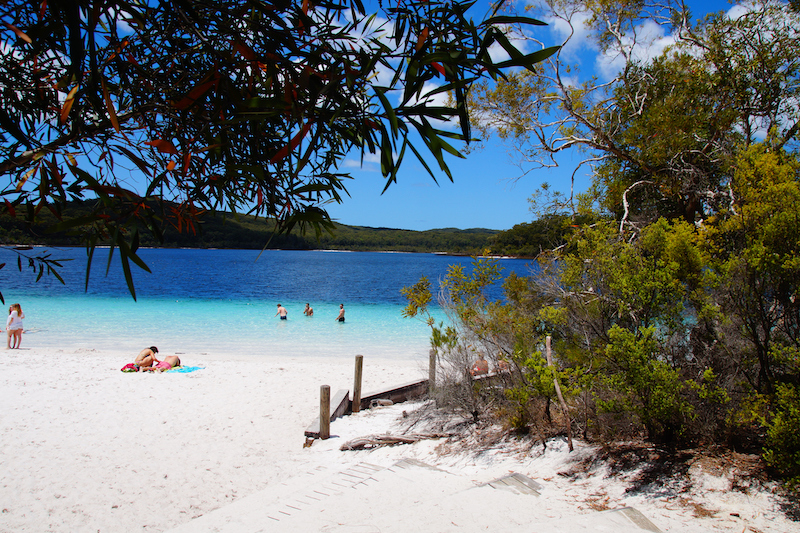 The words ‘powdery sand’ and ‘crystal-clear water’ might as well be permanently paired with a photograph of Lake Mckenzie. This inland lake, filled solely by rainwater, really is that gorgeous. Due to its high acidity, purity (yas, water really can be ‘too pure’) and location at 100 metres above sea level, the lake is inhospitable to both animal and plant life, leaving the water perfectly clear. The pure silica sand which surrounds the lake is so fine it can polish metal; you’ll see visitors rubbing their jewellery with the sand, or rubbing it on their skin as an exfoliant. Lake McKenzie, known as Boorangoora in the local language, is sacred to both Aboriginal people and those that call the island home. Respecting the water purity as a traveller is essential: this means no moisturisers or sunblocks should be worn in the water, and as you’ll be reminded, definitely no urinating either. 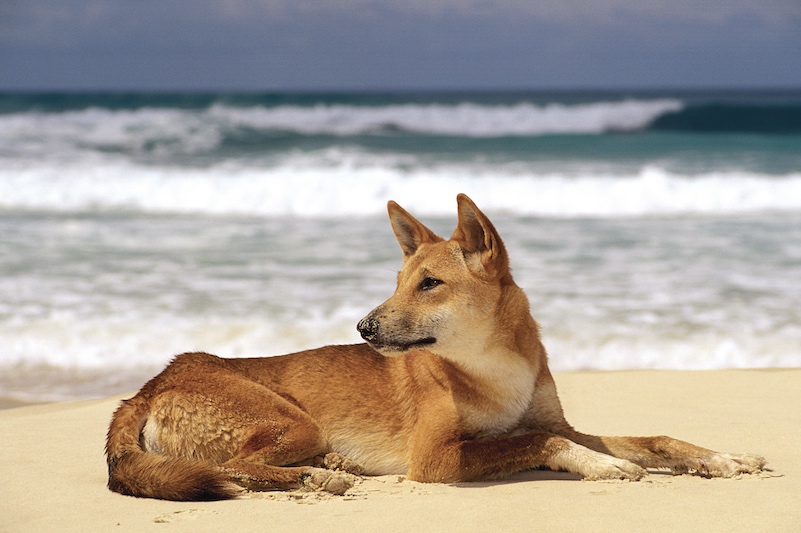 The numerous ecosystems of Fraser Island are home to an abundance of wildlife, including 79 species of reptiles, 354 species of birds and 19 species of mammals, including wallabies, possums and sugar gliders. As you cruise along the beach in your 4WD vehicle, keep an eye out for the dingoes who frequent the coastal areas, normally in search of food. Picnic areas are the best for spotting lizards: if you’re lucky you might see a goanna or monitor lizard sunning themselves on a tree branch. While you are unlikely to see them, thank goodness, there are also more than a dozen snake species on the island, including the King Brown, Coastal Taipan and the unfortunately named Death Adder. If ocean life is more your thing, visit between July and November for the chance to see migrating humpback whales. 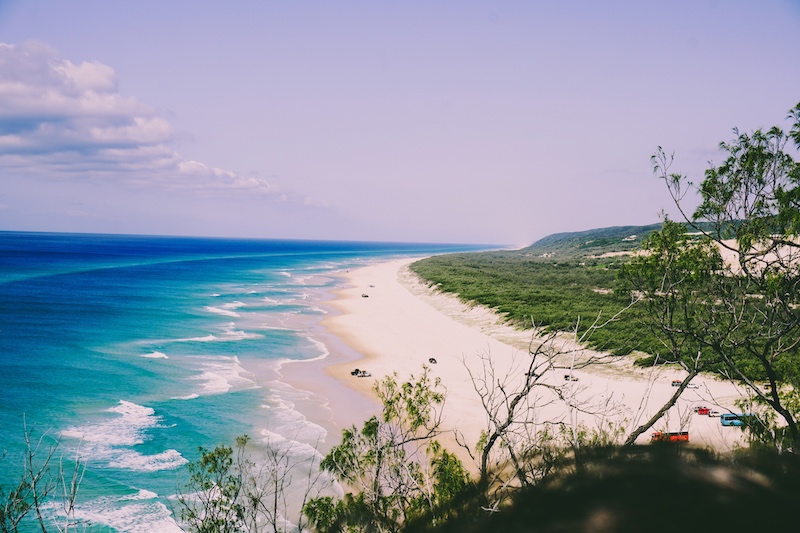 There is a magical moment on any 4WD tour of Fraser Island when the truck emerges from the inland forest and the magnificent 75 Mile Beach opens up before you. Running along the entirety of the island’s east coast, this beach is regularly voted one of the best coastal drives in the world. Along with its pristine sand stretching as far as the eye can see, one of the big draws of 75 Mile Beach is the remains of the SS Maheno which became shipwrecked in 1935 when it was being towed to Japan for scrap metal. The rusty shipwreck juxtaposes beautifully with the natural sand and surf, making an incredible backdrop for photographs. Another 75 Mile Beach highlight is Indian Head, a rocky outcrop offering superb views of the beach and ocean beyond. 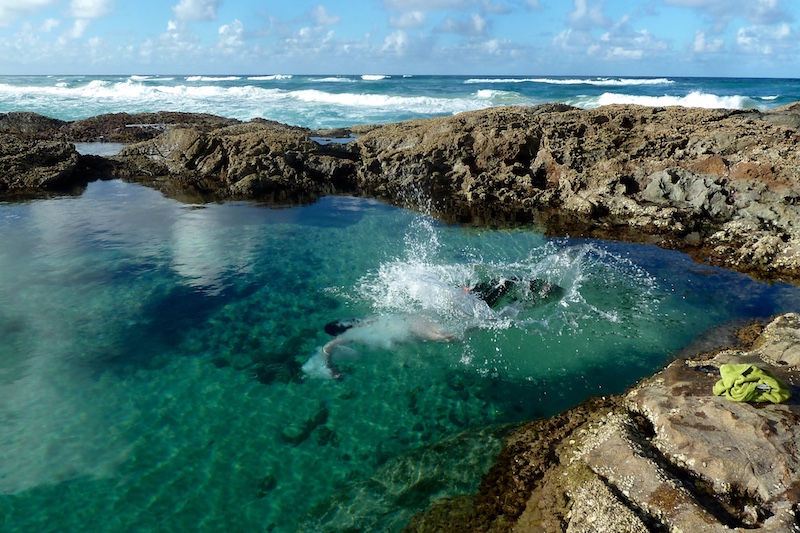 Drink champagne at the Champagne Pools

Ok, this one might be a touch misleading – you technically can’t drink champagne in the Champagne Pools, but one can certainly drink champagne after a dip in the pools, and many tour operators provide this service at the nearby beach. A series of circular coastal pools formed from volcanic rock, the Champagne Pools get their name from the waves that come crashing over the edge, giving the appearance of effervescence and creating a natural spa bath. The ocean on the east coast of Fraser Island is known for being treacherous; its strong surf, numerous rips and popularity with stingrays and sharks means open-water swimming is not recommended. The Champagne Pools are an alternative that’s tranquil, safe and a lot of fun – and that’s certainly worth raising a glass to.