Named one of Lonely Planet's top countries to visit in 2019, Sri Lanka's affordable combination of culture, cuisine, natural history and spectacular scenery is the ideal destination for travellers seeking an alternative Asian destination. 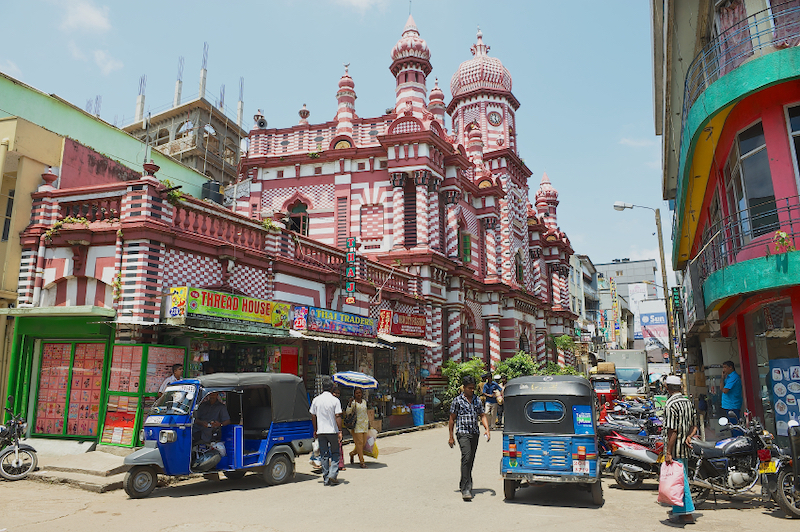 Exploring Colombo’s fast developing and eclectic restaurant scene is a great way to experience the country's thrillingly vivid flavours for the first time. Owned by two former captains of the Sri Lankan cricket team, Ministry of Crab combines briny-fresh seafood with the heritage ambience of a former Dutch hospital, while the Gallery Cafe serves up Colombo's best leisurely brunches. For a Sri Lankan spin on a farmers' market, visit Saturday morning's Good Market next to the Colombo Racecourse and feast on organic produce from all over this relatively compact nation.

Beyond Colombo, there's a tasty menu of local flavours to discover, and many of the best dishes are served at street stalls and simple restaurants. Totally undersold as 'rice and curry', the main staple of Sri Lankan cuisine is usually a multi-course extravaganza of different curries, sauces and condiments. A popular breakfast dish is hoppers – simple rice and egg pancakes served with grated coconut or sweet palm syrup. After sunset, the irresistible chop-chop-chop of the country's kottu roti makers signals Sri Lanka's best savoury combo of chopped flatbread, egg, and spicy beef or chicken. 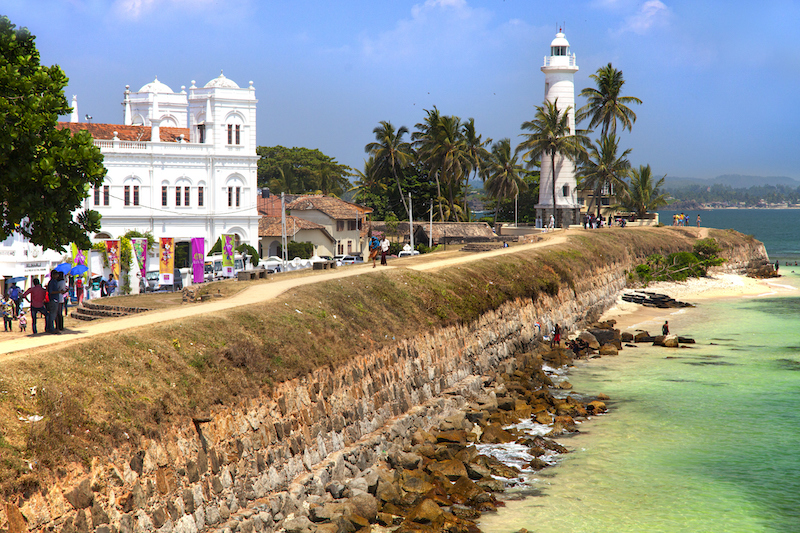 History and hotels in Galle

Pronounced 'Gawl' in English, this fortified coastal town on Sri Lanka's southwest coast was first established by the Dutch in 1663. Almost four centuries on, the echoes of history continue to reverberate around its World Heritage-listed laneways. Many former Dutch mansions are now boutique hotels and stylish cafes and art galleries all make Galle the hippest town in the country. End your day with sunset cocktails in the bar at the Galle Fort, a 17th-century Dutch colonial mansion turned boutique hotel.

Up and coming Arugam Bay

Sri Lanka's best surf breaks were the initial attraction for pioneering travellers to Arugam Bay on the country's less-visited east coast. But now, the laidback spot is also developing a reputation as a beachy haven. Start the day with organic açaí bowls and superfood smoothies, before signing up for a restorative yoga session in the afternoon. Evenings are best spent lounging with a cocktail at the Hide & Chill bar at the Hideaway Resort. 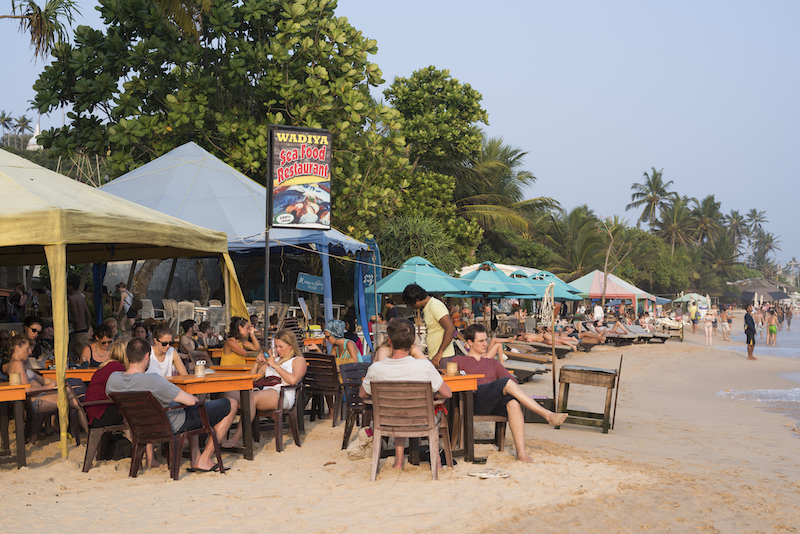 Travelers sit on the beach at a seafood restaurant in Mirissa, Sri Lanka. Photo: Getty Images

Around a decade ago, the sleepy beachside hamlet of Mirissa was best enjoyed swinging lazily in a hammock while being cooled by the Indian Ocean breeze. Now, it’s also one of the finest places on the planet to see blue whales, as well as dolphins, flying fish, turtles, manta rays and whale sharks. Local tour operators adhere to international whale-watching regulations and also provide valuable information to marine conservation organisations. The whale-watching season runs from around December to April.

Offering a cool respite from coastal Sri Lanka, the central Hill Country is a fascinating destination. The highlights of Kandy, the main city, include a charming ornamental lake and beautiful Botanical Gardens, while the British colonial town of Nuwara Eliya – known as Sri Lanka’s ‘Little England’ – features historic hotels, sprawling estates and quirky idiosyncrasies like bright red telephone boxes. The Hill Country's premier outdoor experience, one easily achieved by most travellers, is a morning hike through the Horton Plains National Park to the spectacular escarpment of World's End. Commence walking at around 7am for the best chance of unimpeded views south to the Sri Lankan coast. 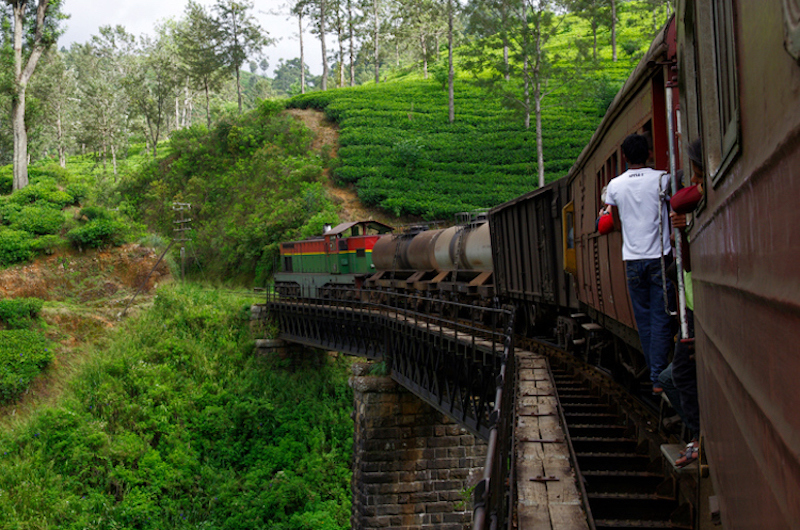 By rail through the Hill Country

Winding its way through the verdant cascade of Sri Lanka's Hill Country, the train from Kandy to Ella is one of Asia's great travel experiences. The journey takes around seven hours, negotiating a landscape of tea plantations, bridges, waterfalls and compact hill towns. Book a spot in the open-sided observation car for the best photos, or travel with the friendly locals in third class. A shorter option – and only slightly less spectacular – is the three-hour section from Nuwara Eliya to Ella. Either way, there'll be plenty of opportunities to stock up on tasty snacks from the food vendors who join the train at most stops.

The country's most famous national park is also one of the best places to see the Sri Lankan leopard; an endangered sub-species first described less than 70 years ago. Around 40 of the majestic creatures are thought to roam Yala's landscape of forest, shaded lagoons and scrubby grasslands; other animals seen regularly in the park include Asian elephants, spotted deer, sloth bears,and mongooses. Go beyond Africa for a safari experience with a Sri Lankan spin.

The historical significance of the Sigiriya rock fortress is shrouded by the passing of time, but this enormous geological formation remains an awesome sight rising from its halo of Sri Lankan forest. Visitors ascend its exterior via a well-maintained track, starting at ground-level landscaped gardens – among the oldest in the world – and climbing past impressive frescos, reputedly images of dancers or concubines from the 5th-century court of King Kassapa. From Sigiriya's summit, the surrounding views remain virtually unchanged from previous centuries.

While visitors tend to head from Sigiriya to the sprawling array of statues and temples at Anuradhapura around 90 minutes’ drive northwest, there are many other ways to explore Sri Lanka's ancient Buddhist history. A more accessible option is exploring the spectacular cave temples at Dambulla, an easy half-hour bus ride away. Five separate caves contain more than 150 different statues and paintings of the Buddha, the oldest dating back over 2,000 years.