When Thelma and Louise sealed their ill-fated road trip by plummeting into the Grand Canyon in the 1991 movie, they were actually falling into a worthy stand-in – Dead Horse Point State Park. This dramatic canyonland in southern Utah may not be as well-known as its legendary counterpart, but it’s every bit as photogenic, its buttes and pinnacles carved by the Colorado River that itself is an illuminated tapestry of gold and purple with the sun’s passing rays. 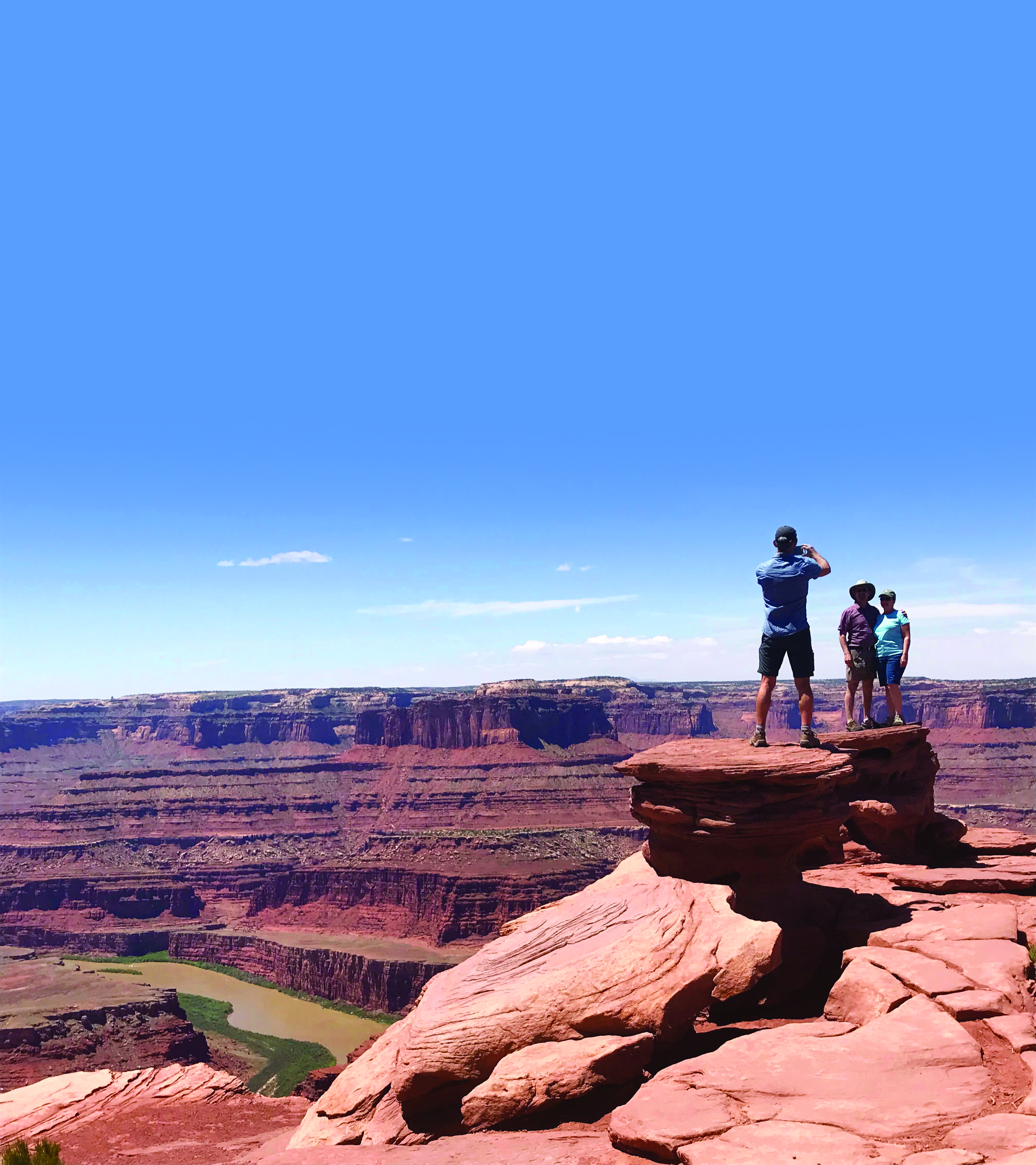 I’m on my own Thelma and Louise adventure, driving between Las Vegas and Denver to explore southern Utah. For five days, my friend and I will tick off five national parks, several state parks, a National Monument and arguably the most beautiful drive
in the US – Scenic Byway 12.

From Vegas, it’s an easy three-hour drive to Zion, the first of the so-called Mighty 5 national parks. Characterised by slot canyons, Zion offers amazing outdoor adventure, including the trek through The Narrows, negotiating often waist-deep water to reach
the cliffs of Wall Street. 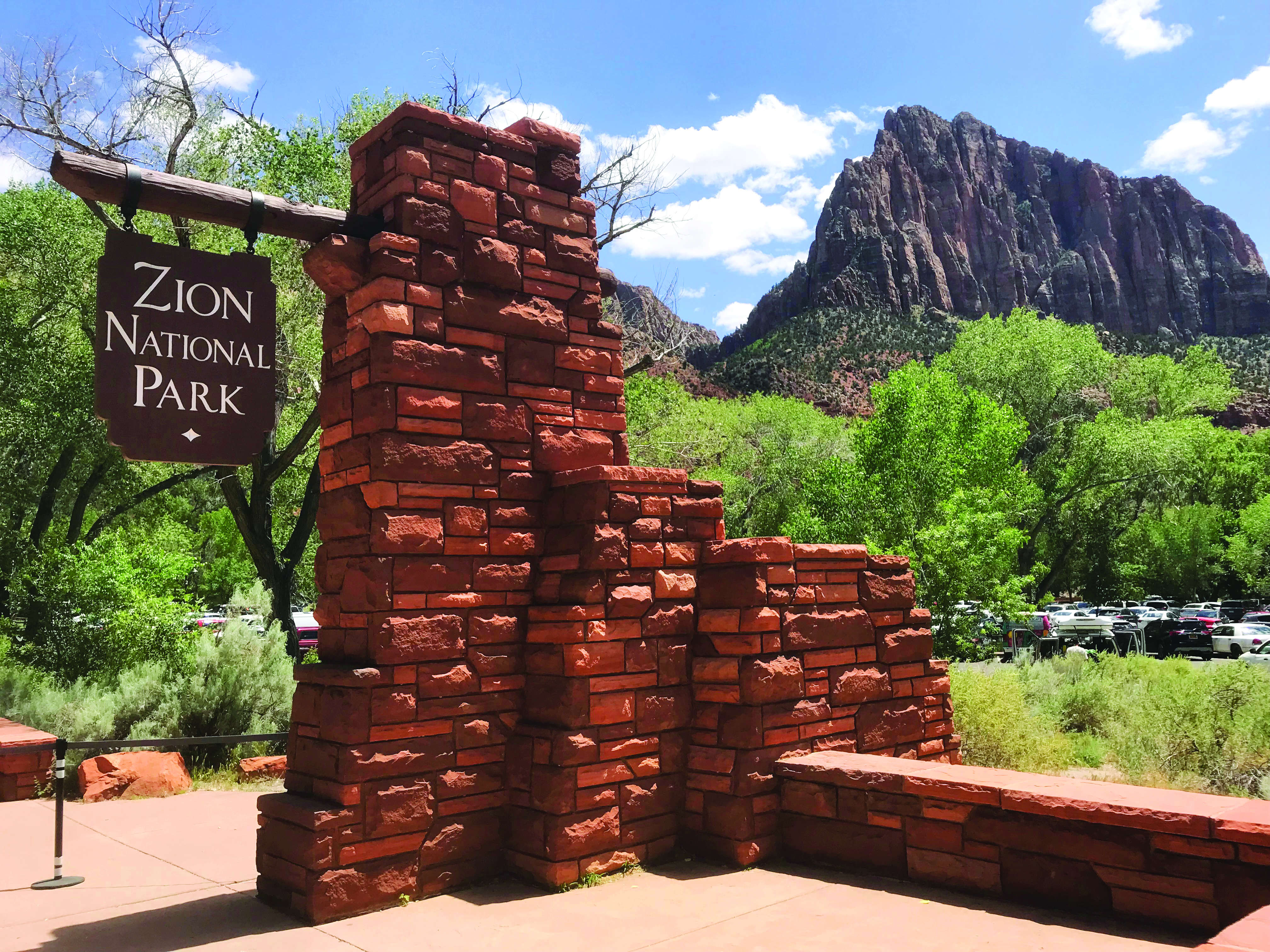 An entrance to Zion National Park, celebrating its centenary in 2019

So begins Scenic Byway 12, 198km of sheer driving euphoria. Snaking through a diversity of landscapes, from alpine pine forests to petrified badlands, this is a route to savour, taking time to explore the parks and trails, and lingering over technicolour outlooks straight out of a John Ford Western movie.

The jewel in Scenic Byway 12’s crown is Bryce Canyon, a perplexity of russet formations seemingly created by a Surrealist. Bryce has the largest concentration of hoodoos on the planet – make sure you venture to the valley floor as well as admiring them from the rim.

As Scenic Byway 12 continues, so do the gasps of wonder from our car, with safe spots to pull over to photograph the sun-bleached petrified dunes of Grand Staircase-Escalante National Monument, before descending the vertigo-inducing switchbacks of Hogsback Ridge. 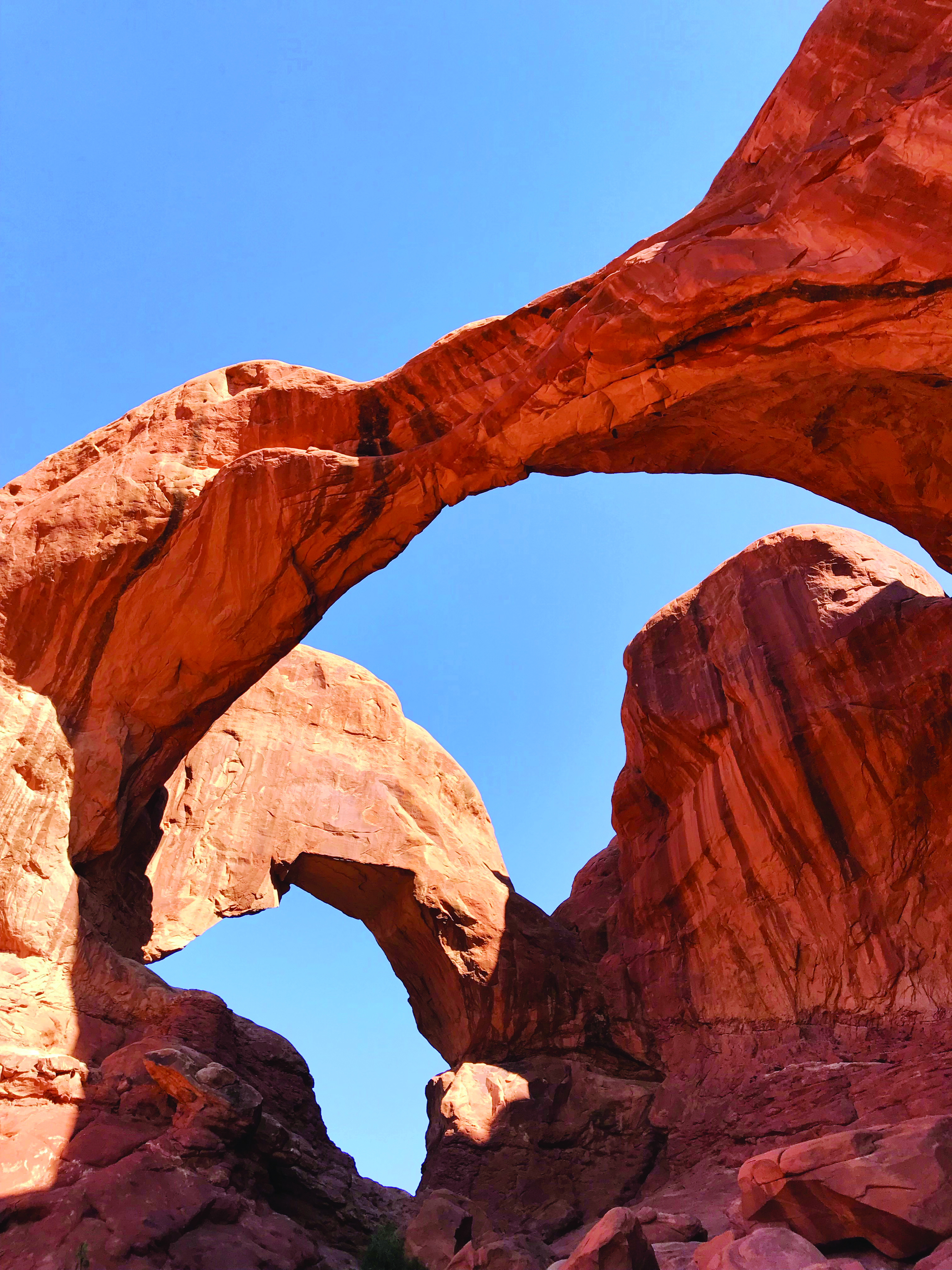 This is the road trip that keeps on giving; even after turning back onto the highway at Torrey, the sights – including comical mushroom boulders in Goblin State Park and the white sandstone domes of Capitol Reef National Park – continue to astound.

But it’s the town of Moab – the adventure capital of the US, with myriad trails to hike, rivers to raft and mountains to tackle in four-wheel-drives – that has
the monopoly on jaw-dropping red rock scenery.

Here, quite close to each other, are the final two Mighty 5 parks – Arches and Canyonlands, as well as the incredible vistas of Dead Horse Point State Park.
As Thelma and Louise can attest, this is truly scenery to die for!

Road-tripping in Colorado
5 November 2019
Old West Wonders Just an hour after hitting the I25 northbound and with the peaks of Rocky Mountain National Park visible to our left, we’re stepping
North America