Some people fly to Vancouver to go skiing at Whistler or cruising and whale watching in Alaska. I went to eat. For a couple of days I grazed the city's best food trucks and snacked my way around Granville Island Market. Add in visits to Vancouver's best urban distilleries and craft beer bars and it was a great foodie stopover before heading on to Europe. 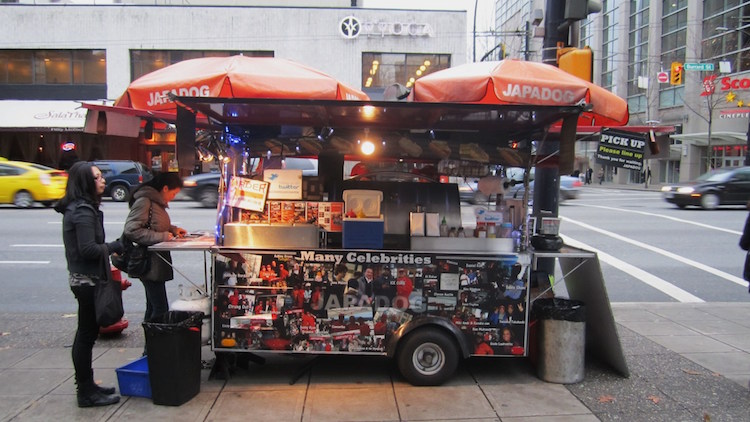 Japadog first received global attention during the 2010 Vancouver Winter Olympics, and now their empire has expanded to seven mobile locations around town, and even a couple of Los Angeles food trucks. Try the Terimayo hot dog with teriyaki sauce, mayonnaise and nori flakes. 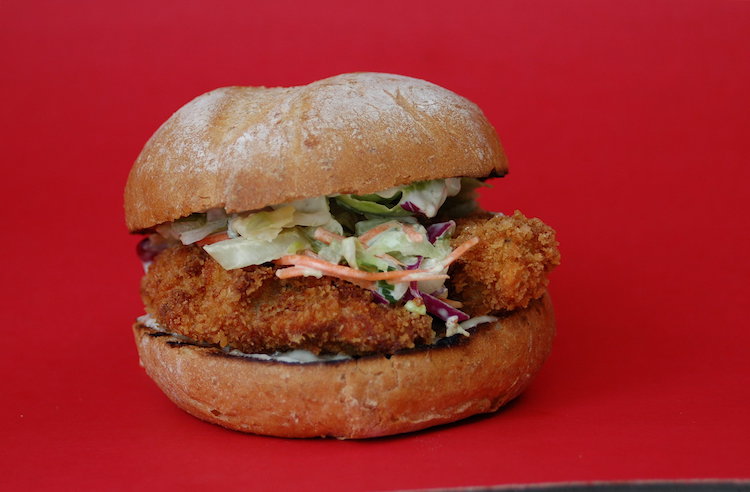 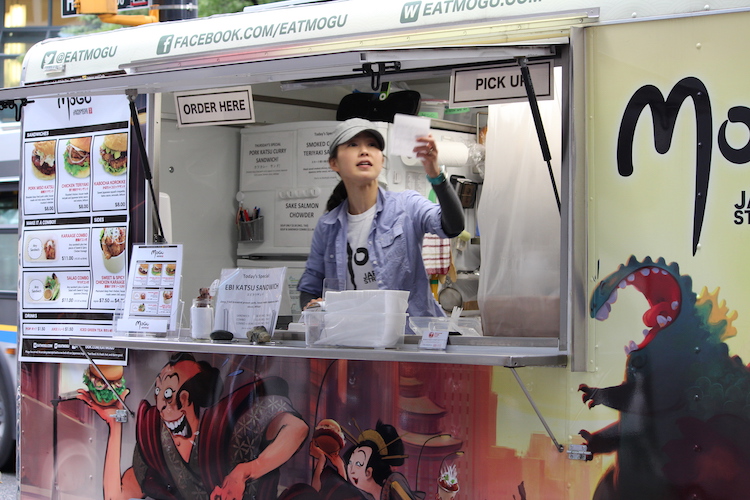 Decorated with a colourful cartoon Godzilla, Mogu anchors a corner in downtown Vancouver with tasty and well-priced Japanese food. Try the spicy deep-fried karaage chicken zings with heat and flavour, and you'll probably need an iced green tea to follow.

There's comfort food – and Canada's national dish of poutine with fries covered in gravy and melted cheese certainly ticks the boxes – and then there's Mom's Grilled Cheese Truck. Choose your bread (the sourdough's always good), add fillings like ham and applewood-smoked cheddar, and wait for Mom to do her magic.

Around 17% of Vancouver's population has Chinese ancestry, and Le Tigre serves up modern and playful spins on northern Asian cuisine. Kick off with the steamed buns crammed with barbecue pork belly, and do order the 'Don't Order this Chicken' with marinated fried chicken, chillies, garlic and shallots. A shot of namjin sauce will complete your Le Tigre experience. 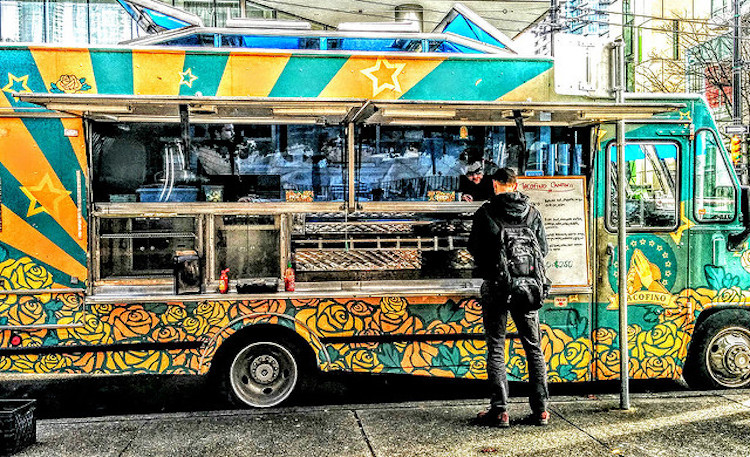 Since opening in a humble surf shop carpark in sleepy Tofino on Vancouver Island, Tacofino's Mexican-inspired mini empire has expanded to two food trucks and popular bricks-and-mortar restaurants in the happening Vancouver neighbourhoods of Gastown and Yaletown. The tacos and burritos are still great, but I reckon the spicy chilli and chocolate hit of the Diablo cookies are the best thing on the menu. 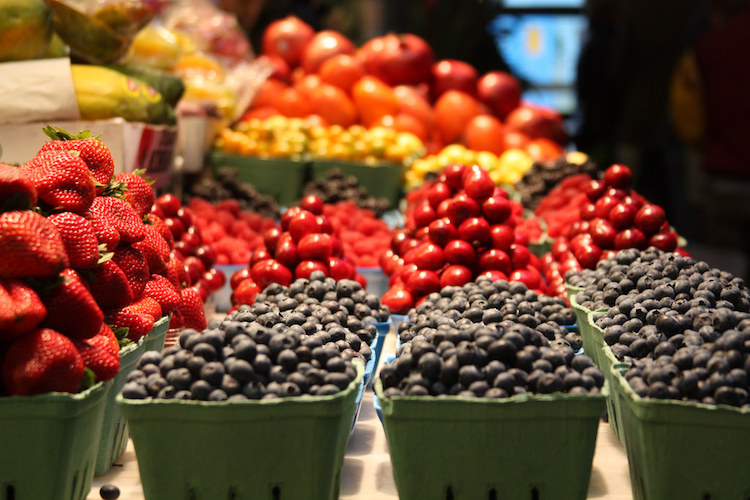 In the 1970s, Granville Island’s sawmills, factories and wharves were derelict, but as an inspiring example of urban renewal, the abandoned warehouses were transformed into a public market. Now more than 300 local businesses including galleries, theatres and artisans’ workshops co-exist with one of North America’s best farmers’ markets. 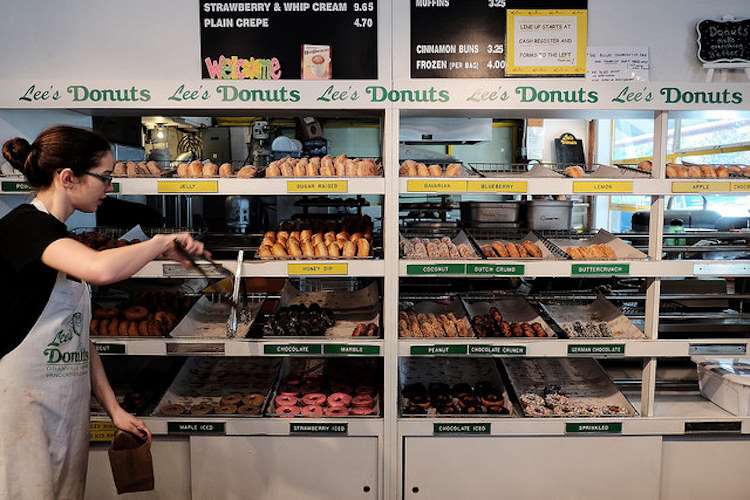 Part of the Granville Island scene for almost 30 years, Lee's Donuts' insightful slogan is 'Donuts make everything better'. Hunt down their corner location by following the alluring aroma, and partner a classic cinnamon donut or Bacon Maple Bar with a robust espresso.

Don't check out the award-winning chocolates at ChocolaTas if you're at all indecisive. Sophisticated cocoa-laden goodies are laced with grown-up flavours including wasabi, birch syrup and pepper and mango. 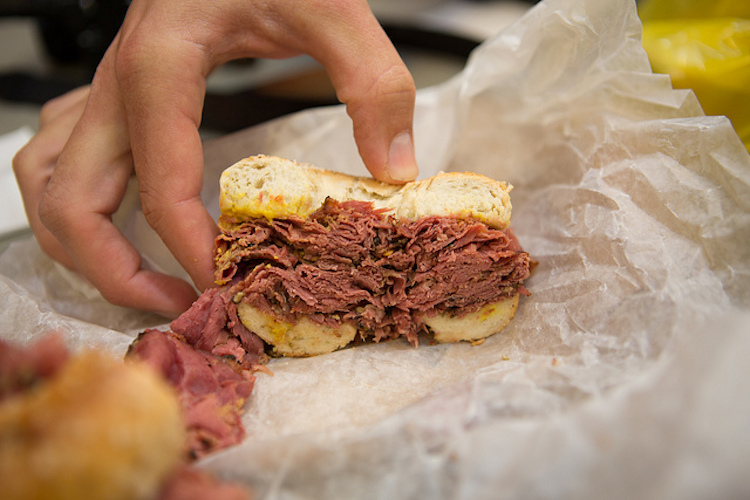 Montreal-style bagels – slightly sweeter than their New York counterparts – were the inspiration for Al Brown's Best Ugly Bagels in New Zealand, and the wood-fired goodness has also crossed Canada to Vancouver. At Siegel's, try one with lox (smoked salmon) and cream cheese, or brunch on a Reuben sandwich crammed with smoked meat, sauerkraut and gooey cheese. 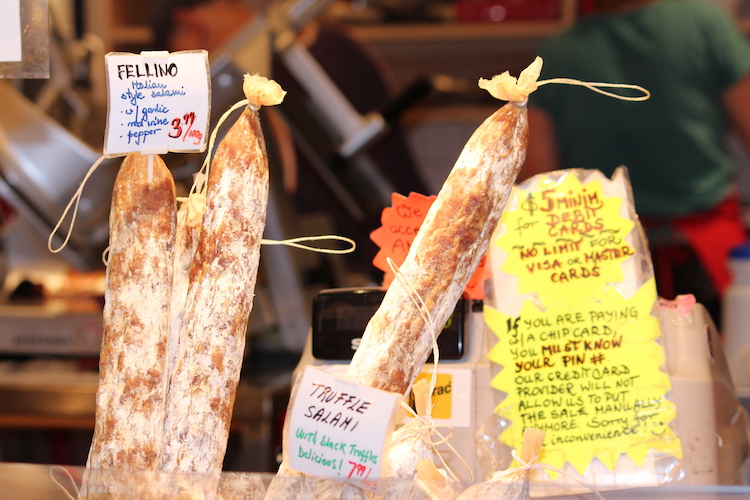 Granville Island is a good place to pick up picnic fixings before heading to leafy Stanley Park or relaxed Kitsilano Beach. Buy some black olive sourdough from Terra Breads, and then cram your bag with charcuterie from Oyama Sausage Co and small-batch artisanal cheeses from Benton Brothers.