What you need to know before you visit Niue

With its reefs and forests Niue doesn’t conform to the stereotypical notion of a Pacific island getaway. But for those willing to try something new, Niue offers one of a kind underwater adventures, extremely friendly people and beautiful, warm weather. 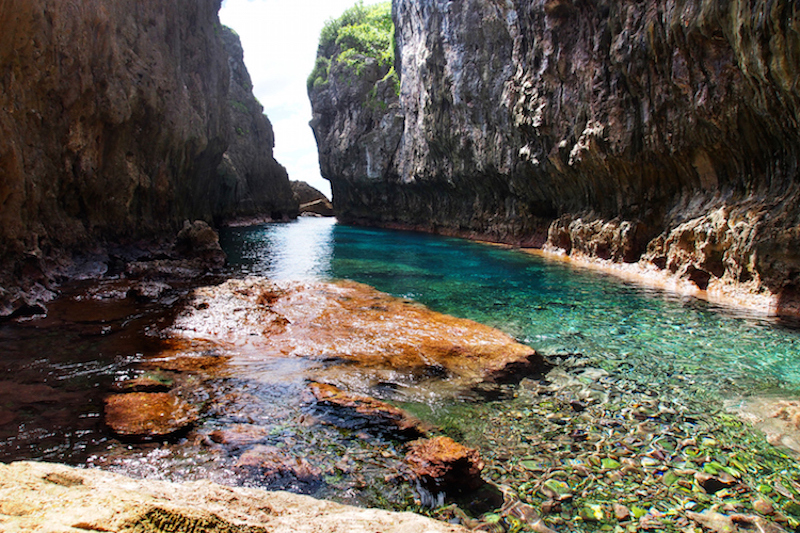 Get some cash! There aren’t any ATMs on the island, and many businesses still operate on a cash-only basis, so it’s useful to take cash with you. If you run short though, you can withdraw cash from the one bank, and a small number of businesses offer cash-out via EFTPOS for NZ bank account holders. Note that Niue uses NZ dollars.

Book a rental car: there’s no public transport. Attractions are somewhat spread out and probably too far apart for all but the keenest cyclists.

Pack some food, especially if you have particular dietary requirements or preferences. Don’t be shy – almost everyone else will be bringing food in too. It’s a small island with little agriculture, so items such as dairy products and meat can be pricey and sometimes unavailable. We heard one local entreating a supermarket staff member to quickly order some more cream because his morning coffee just wasn’t as good without it. 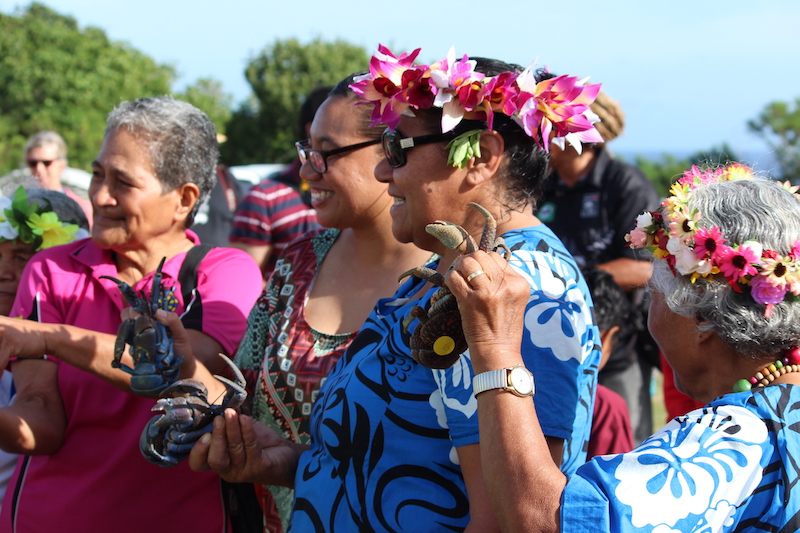 Hanan International Airport is small but welcoming. Prepare for something of a wait to get through customs, but there’s usually live music and food stalls with hot chips on offer.

Get and pack some reef shoes – these are essential if you want to explore Niue’s coast. 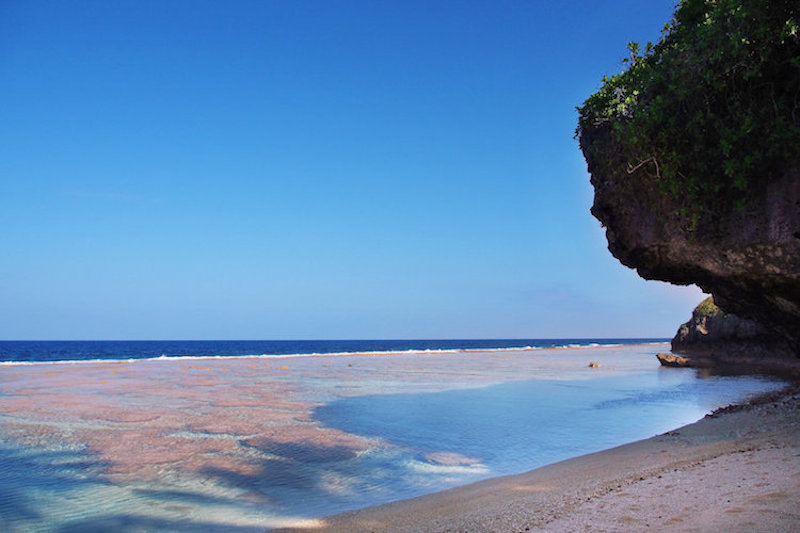 What to do once you arrive

Niue is a marine marvel - without the runoff from rivers or lakes in the water, underwater visibility is impressive, making it equally inviting for experienced divers and beginner snorkellers alike. Dive into the water and from the start it’s like you’ve jumped into an aquarium, with an array of vibrantly coloured fish everywhere you look.

Swimming and snorkelling usually happens in the pools and chasms within the reef shelf that surrounds the island, but on calmer days, confident swimmers can go beyond the reef to the ocean. However it’s worth being aware of tide times, which the Information Centre in Alofi can provide.

Access to swimming spots is via sea tracks down the steep cliff faces - some places are more difficult to get to than others; almost all of them require climbing up and down steps, and some require freestyle clambering over rocks! 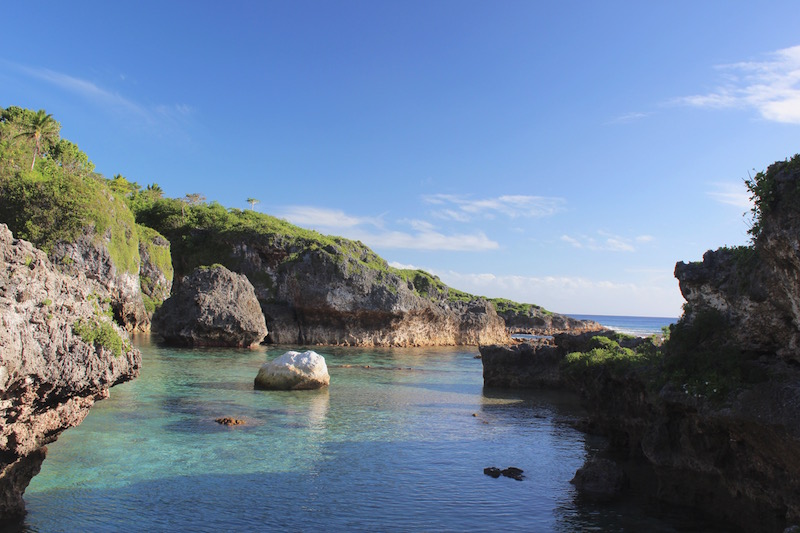 This is by no means an exhaustive list, but some of our favourite places to swim were:

Limu Pools: There’s a good reason these pools feature heavily in promotional material about Niue; two large pools relatively protected from the sea, on a sunny day nothing beats them - and even on a cloudy day, it’s still a magical experience.

Matapa Chasm: A long narrow deep pool fed by both an underwater stream and the ocean, it beats the pants off all those fancy infinity pools!! It’s also probably the easiest walk to get to, having only a gradual incline.

Tamakautoga Beach: Beaches are few in Niue, and this cute little cove features one of them! It’s a good option for children who would like to swim and investigate rock pools as it is relatively safe and sheltered.

Avatele: One of the other beaches on the island, Avatele is also the most accessible, as it has a boat ramp and consequently vehicle access. It has lots of fish to gaze at, and a channel in the reef for easier access to the ocean. Plus if you’re lucky, you’ll also meet some local children doing bombs off the ramp while their mates try to scare you with tales of non-existent sharks!

Avaiki: A scramble over some rocks and a wade through some rock pools (go at low tide!) leads to the pool reputed to be the bathing place of Niuean royalty - a bright blue, clear, deep pool tucked away in a cave.

Fishing is obviously a big attraction and there are plenty of options for charters with many fisherman going out to catch fish for the local restaurants. From July through to October, humpback whales can be seen close to shore and there are also a number of boats who can take you even closer. Understandably there are restrictions on how close you can come to the whales so as not to disturb their regular behaviour, so self-guided excursions are prohibited.

Whilst one of the main drawcards of Niue is its coastline and attendant attractions, unless you’re a turtle you can’t spend all your time in the sea! There’s also a range of land-based activities for when the sea is too rough.

Talava Arches: A 30-minute or so walk over uneven rocky ground (wear shoes with thick soles) leads you to a cave. Descending with the help of a guide rope, you come across the impressive pair of arches. There is a pool only accessible at low tide, but mostly you’ll want to make sure you have your camera. 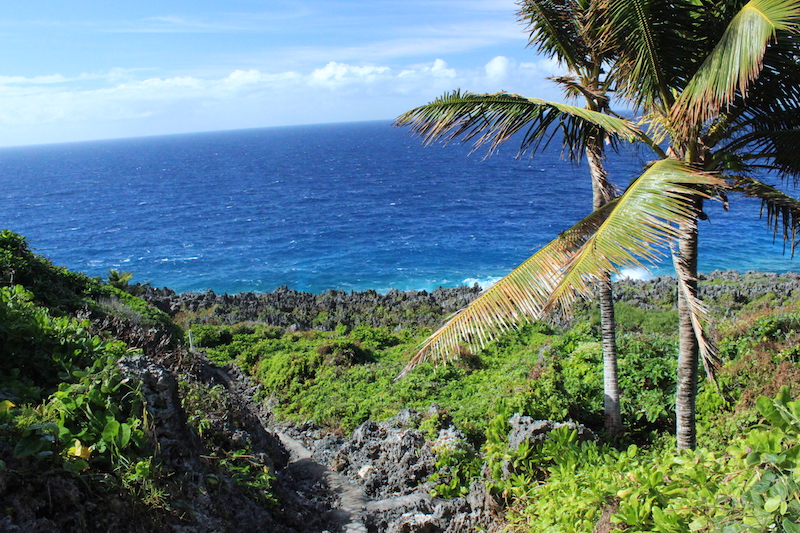 The path to the Togo Chasm. Photo: José Barbosa

Togo Chasm: On Niue’s battered eastern coast, the chasm is a surprising inland deposit of sand and coconut palms hiding in a deep rocky crevice. Surrounded by a striking landscape of jagged rocks, it’s one of the more difficult walks on the island and as the tourist information centre has it “not for the faint hearted” as it’s exposed, with uneven steps and much clambering to be done.

Taoga Niue Museum: Unfortunately the original museum, and its collection, was destroyed in Cyclone Heta, which struck Niue in 2004. However, this led to a number of people donating items, and the museum starting to build a new collection. There are plans for a new cultural centre, incorporating a museum, but in the meantime, you can visit the salvage collection in a small building next to the high school. The day we were there we were lucky enough to be shown around by a staff member who was a fount of knowledge about Niue’s intriguing history. 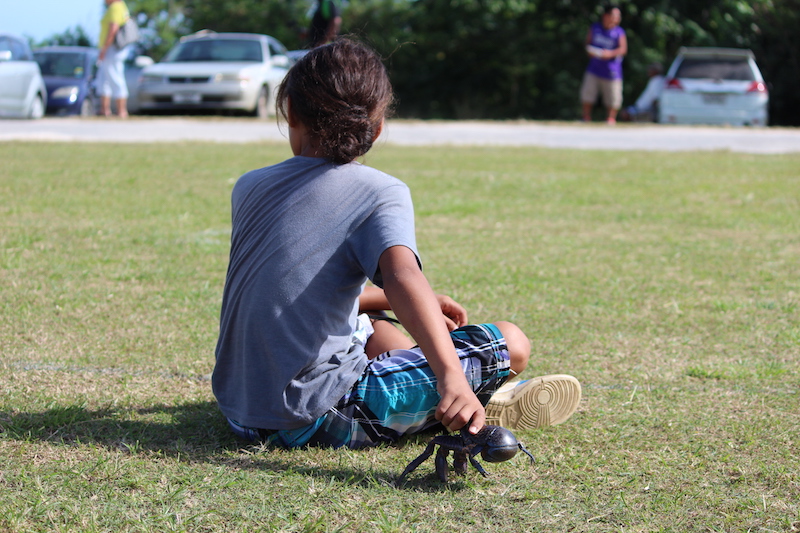 Village Show Days: Each village has its own “show day” - a fair day held in each village to show off food, produce, entertainment and craft. It’s a great place to buy original pieces woven by local expert weavers, and local delicacies. Plates of food cooked in an umu are a favourite. The Makefu village show day is famous for its weaving and uga (the famous coconut crab) races, and both were hotly contested competitions. A warning: make sure you get up early as much of the activity will be over by 10; at Makefu some people arrived at 6am to buy their food.

Niuean food buffet: A few restaurants around the island offer traditional food nights. Hio Cafe might have a slight advantage over some others because of its vantage point - up on the cliff overlooking the beach that provides much of the ingredients for the feast. Dishes on offer include uga (coconut crab), crayfish, stuffed shellfish, grilled wahoo, takihi, taro, lettuce grown on Niue’s hydroponic farm, and homemade icecream.

Pub quiz: Held every Wednesday night at Sails Bar, the only pub quiz on Niue attracts a bunch of locals keen to prove their mastery of trivia, some of it tending towards the obscure. Whilst the quiz is good fun, the real reason to attend is to meet and chat with locals before and after - plus if you’re lucky you might win yourself a souvenir to take home. 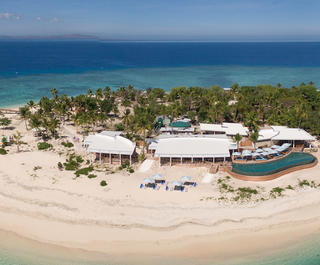 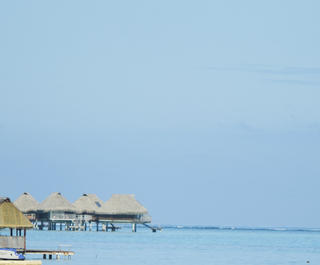 The Insider’s Guide to Tahiti Island
13 August 2018
It’s the biggest island in French Polynesia, and many visitors’ first port of call on their way to more remote destinations. But what makes Tahiti