Where to eat in Lyon, France's most famous foodie city

Paris may be the better known French destination, but the southern city of Lyon is widely regarded as the country's culinary capital. Lyon resident Claire Adamson shares her favourite places to eat and drink.

Cheese, wine, and a reputation for not skimping on the butter and cream have made France one of the finest food tourism destinations in the western world.

From Calvados and oysters in Normandy, to Pinot Noir and escargots in Burgundy, the country offers a wealth of gastronomic adventures. But one part of France in particular excels as a foodie’s dream: the city of Lyon. Lyon is the third most populous city in France, after Paris and Marseille, and sits in the country’s southeast, at the confluence of the Rhône and Saone rivers. The city has a long industrial history that has shaped it into the food destination it is today, home to famous dishes like andouillette (a kind of sausage made from tripe) and coq au vin .

Here are just a few of Lyon’s culinary claims to fame...

Lyon is a satisfyingly feminist food destination, owing a lot of its gastronomic reputation to Les Mères Lyonnaises, or the Mothers of Lyon.

From the 18th century on, women who had lost their jobs as domestic servants began setting up their own restaurants, serving homemade fare from cheaper cuts of meat to workers and travellers. These restaurants flourished in the early 20th century as they began to gain fame and reputation.

A Lyon street with bouchons (bistros) on either side. Photo: randreu / CC 3.0

Today, the tradition of the Mères lives on in the bouchon, a small bistro unique to Lyon that specialises in the city’s traditional fare. There are around 30 certified bouchons in the city, serving traditional Lyonnais food like tripe, tarte aux praline and quenelles (a kind of dumpling made from pike), all washed down with a pot Lyonnais, a small carafe of wine.

No name is quite so synonymous with food in Lyon as Paul Bocuse, one of the city’s most notable exports. Chef Bocuse cooked the meal for the first Concorde flight in 1969, and is today regarded as one of the pioneers of France’s nouvelle cuisine, a way of cooking that is less decadent and more reliant on fresh ingredients than traditional French cooking.

Bocuse’s name is everywhere in Lyon. He has a three-Michelin-starred restaurant just outside of the city, l’Auberge du Pont de Collonges, plus four casual bistros, each with its own Michelin star - Le Nord, Le Sud, L’Ouest and L’Est. These are dotted around the city, and each specialises in cuisine from a different part of France.

Bocuse’s most famous food destination, however, is Les Halles de Lyon Paul Bocuse, a bustling food market in the modern (and rather utilitarian) 7th arrondissement. Unlike Lyon’s other rough-and-ready markets, Les Halles is an upscale destination – think oysters and foie gras rather than dirt-covered potatoes. Fromage and charcuterie reign supreme at Les Halles, but there are also shops selling caviar, wine and macarons, among other delicious things. And there is plenty of sustenance to keep you going as you shop: tiny bistros tucked into the four corners of Les Halles serve up a melange of classic French cuisine, from truffles to escargot to frogs’ legs.

You’ll find green markets in every city, town and village in France, but the two biggest markets in Lyon, the Marché Saint-Antoine and the Marché Croix Rousse, are some of the most notable in the country. 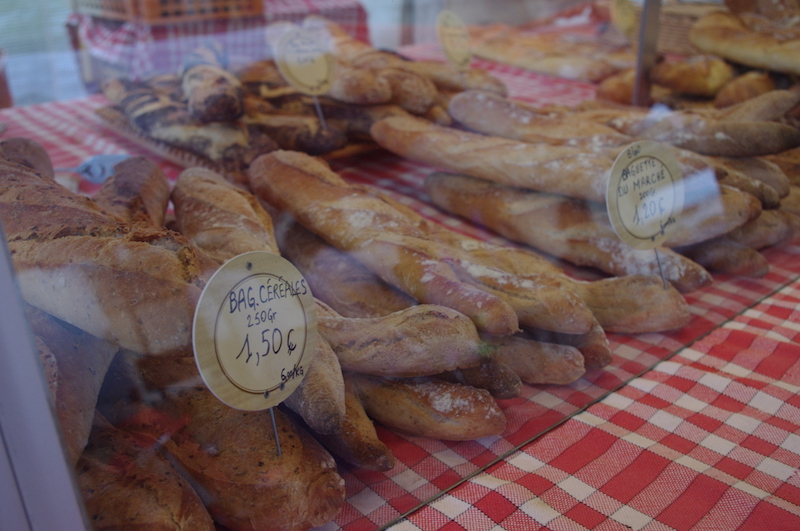 The Marché de la Croix Rousse occupies a wide, tree-lined avenue at the top of the hill that overlooks central Lyon. It’s a fair climb up a steep hill from the city centre (or a short ride on the Metro), but once you reach the top you’ll be blessed with an incredible view over Lyon and an even more incredible bounty of fresh produce.

The market has been in operation since the 19th century, when the area was developed for high-density housing for the silk workers who are so important to Lyon’s gastronomic history. It is busiest on weekend mornings, when it stretches for a half a kilometre along the boulevard, and an array of trendy locals with kids on scooters come out to buy their groceries for the week. 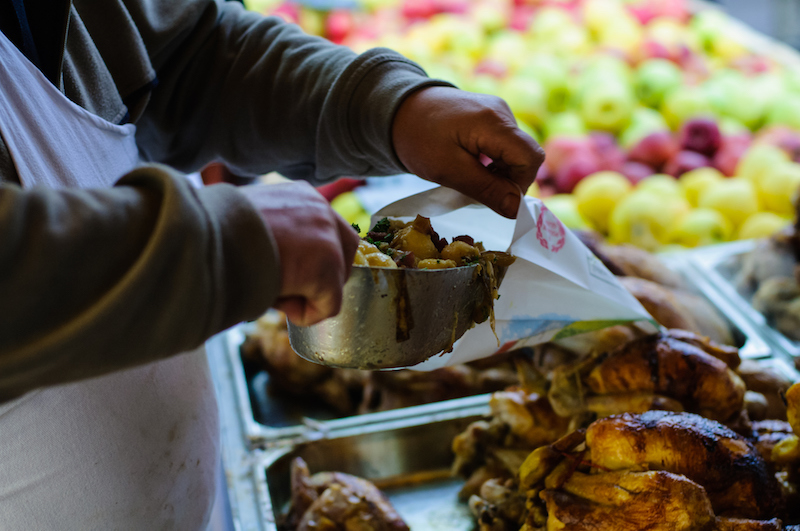 The Marché Saint-Antoine is located on the banks of the Saone river in the city centre, and caters to a more international crowd. This market is a little more refined than its hillside compatriot, with stalls selling beautiful pastries and ready-to-eat snacks, but it can get quite busy with tourists on the weekend.

Both markets are a one stop shop - seasonal vegetables are plentiful, but there is also a range of vendors selling meat, fish, bread, cheese, olives, wines and even rotisserie chickens. The perfect time to go is just before lunch, so you can come away with the makings of a midday meal fit for a 19th-century silk worker, with fresh local chèvre (goats' cheese), rosette de Lyon (a kind of cured pork sausage), some gnarled Provençal tomatoes and a rustic baguette wrapped in a twist of paper. Lyon sits at the confluence of two major rivers, but it is often said that the city is at the crossroads of three: the Rhône, the Saone, and the Beaujolais.

The rolling, vineyard-dense hills that make Beaujolais, one of France’s most idiosyncratic wines, are located just a half hour’s drive north of the city, and it is impossible to buy wine anywhere in Lyon without seeing at least a couple of bottles bearing the Beaujolais name. Beaujolais is currently enjoying somewhat of a renaissance in the wine world, with French wine lovers eager to forget the Beaujolais Nouveau wines that are released with great fanfare on the third Thursday in November. Instead, young Lyonnaise consumers are turning to the earthy, complex Beaujolais “cru” wines, made from vineyards in ten specific vineyards around the region.

Lyon is also just an hour’s drive from the Rhône Valley, another of France’s key winegrowing regions. If you follow the country roads along the banks of the river, you’ll pass under some of the most famous hillside vineyards in France, including Côte Rôtie and Condrieu, before ending up in the small, picturesque town of Tain l’Hermitage for lunch (washed down with the local wines, of course). And don’t forget dessert - Tain l’Hermitage is also home to the headquarters of Valhrona chocolate.