Despite the occasional claims of TV manufacturers, watching Animal Planet or listening to the whispered tones of Sir David Attenborough is definitely not 'just like being there'. It’s not even close. Enlivened by equatorial sunshine in the Galapagos Islands or refreshed by the salty spray of Alaska's Glacier Bay National Park, adventure cruising in two of the world's finest wildlife-watching destinations enhances all the senses on a grand scale. This is an experience you can only get by being there in person. 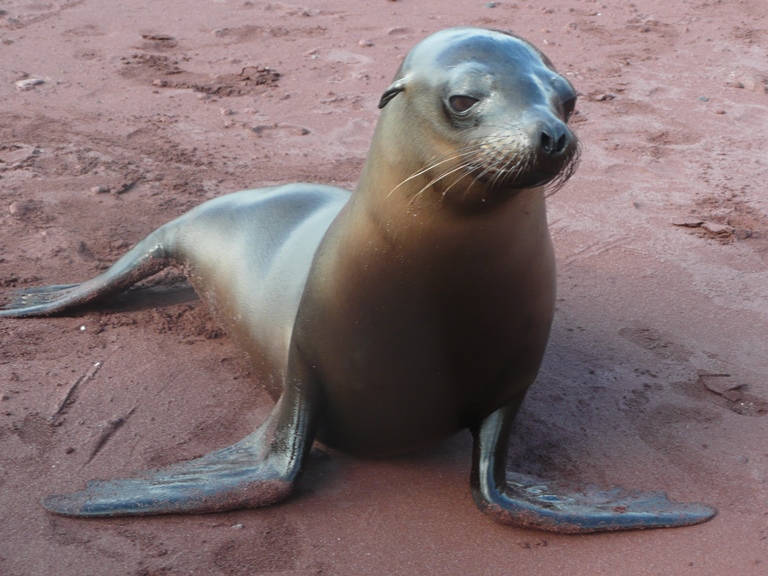 Galapagos Sea Lion. There are few places in the world where you can get as close to world’s most impressive wildlife as Alaska and the Galapagos.

Smaller, but still very comfortable, vessels from UnCruise Adventures offer the versatility to explore harder to access and more remote areas of both Alaska and the Galapagos Islands. Boats like the 84-guest Safari Endeavour negotiate a careful route into waterfall-framed Alaskan bays, where inflatable Zodiacs are despatched to seek out brown bears or to cruise by hundreds of sea otters gathered together for warmth and security. 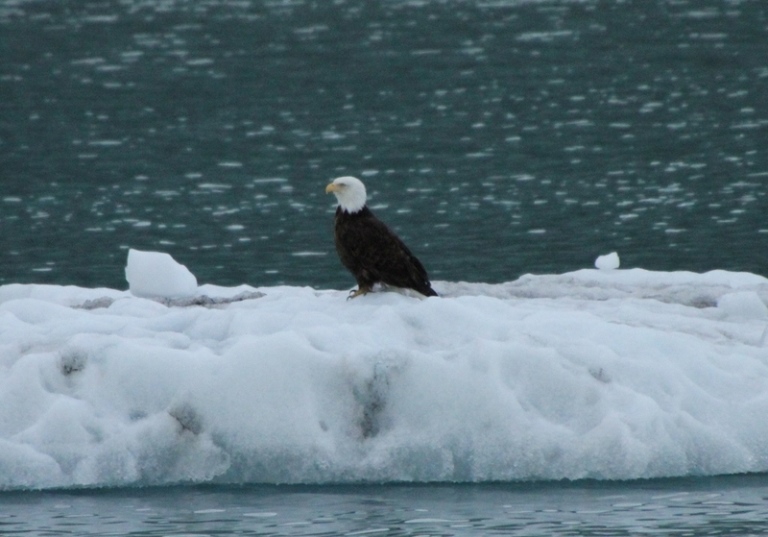 Adventure cruising allows you to get up close and personal with Alaska’s nature. 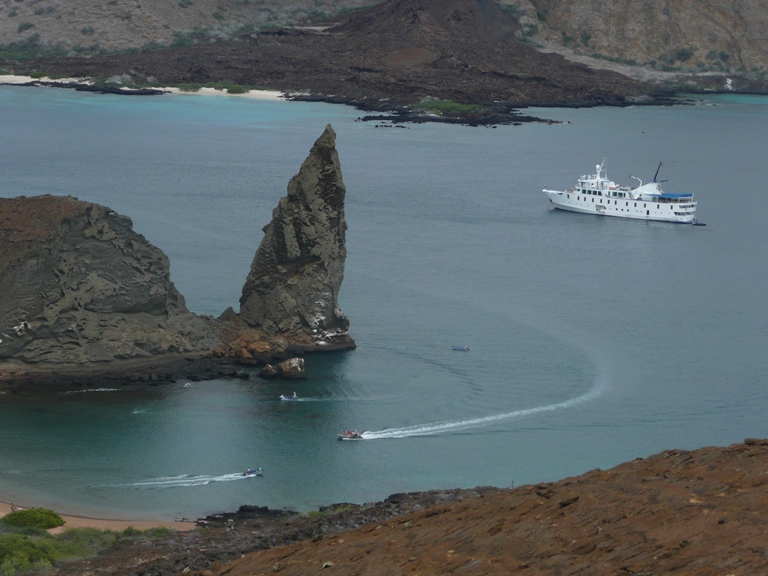 Prepare to be flexible (and surprised)

Bookended by excellent meals, fascinating presentations by onboard wildlife experts, and a well-paced itinerary of morning and afternoon excursions, life on board an adventure cruising boat soon assumes a superbly relaxing rhythm. Don't be surprised if your breakfast of an Alaskan salmon omelette is interrupted by a pod of orcas cruising off your boat's bow wave. Equally unsurprising could be hastily decamping during an Ecuadorian lunch down to La Pinta's tenders to witness humpback whales cruising past just metres away.

African wildlife safaris boast of tracking down the legendary 'Big Five', and both Alaska and the Galapagos Islands offer species equally as iconic as lions, rhinos and elephants. Beyond close-knit family groups of orcas, other whale and dolphin species are regular visitors to Alaska's cooler waters, and it's not uncommon to see giant humpbacks breaching or engaging in the spectacular behaviour of bubble-net feeding. In a smaller, more agile adventure cruising vessel, you've also got a much better chance of seeing Alaska’s famous bears. Around the Galapagos Islands, the wildlife stars are giant tortoises, some more than 100 years old, and prehistoric-looking marine iguanas, dubbed the 'imps of darkness' by naturalist Charles Darwin during his 19th-century visit to the islands. 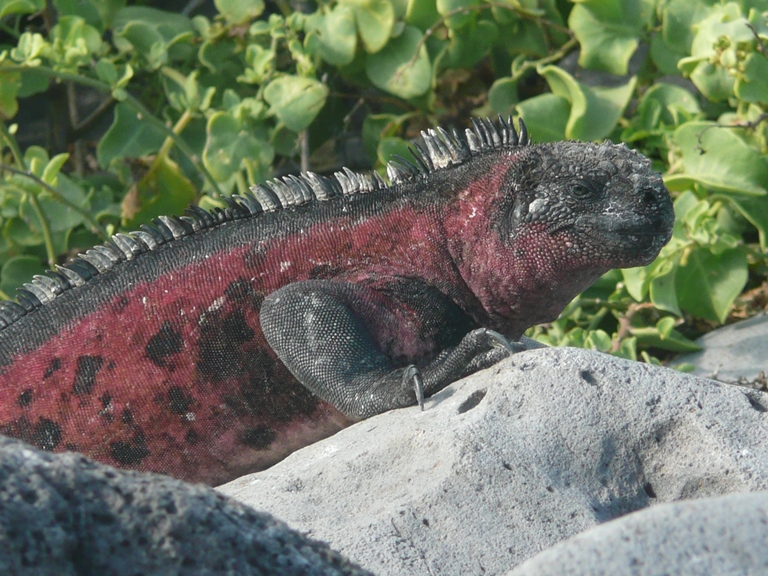 The legendary marine iguana basks in the Galapagos sun, undisturbed by human presence.

A supporting cast of stellar birds 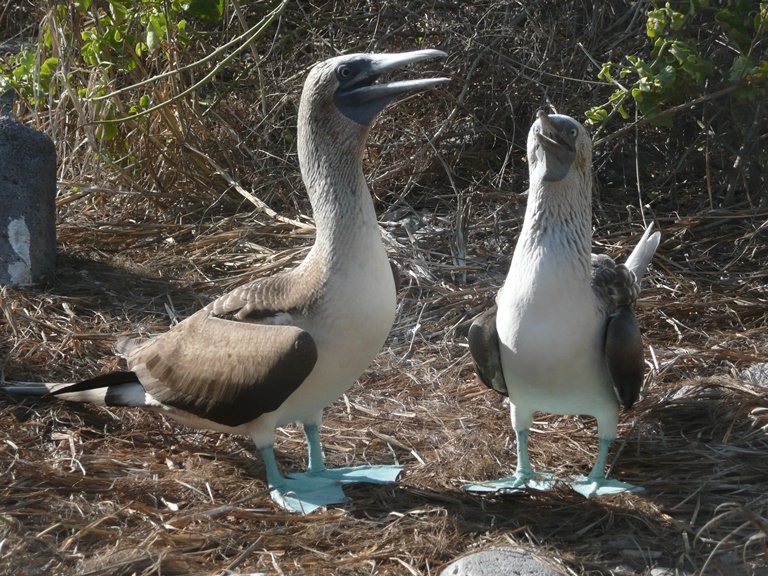 The Galapagos is home to approximately half of the blue footed booby population.

Discovering the wildlife in Alaska and the Galapagos Islands usually partners an exciting menu of active adventure. You can sea kayak around the compact Galapagos coves – often with an audience of curious sea lions looking on – or hike through sub-alpine Alaskan forests. In Alaska, UnCruise's kayaks and paddleboards are conveniently launched from special rear platforms, and excursions usually conclude back on deck with a warming mug of hot chocolate, stonking slabs of carrot cake, and a restorative dip in the onboard hot tubs. 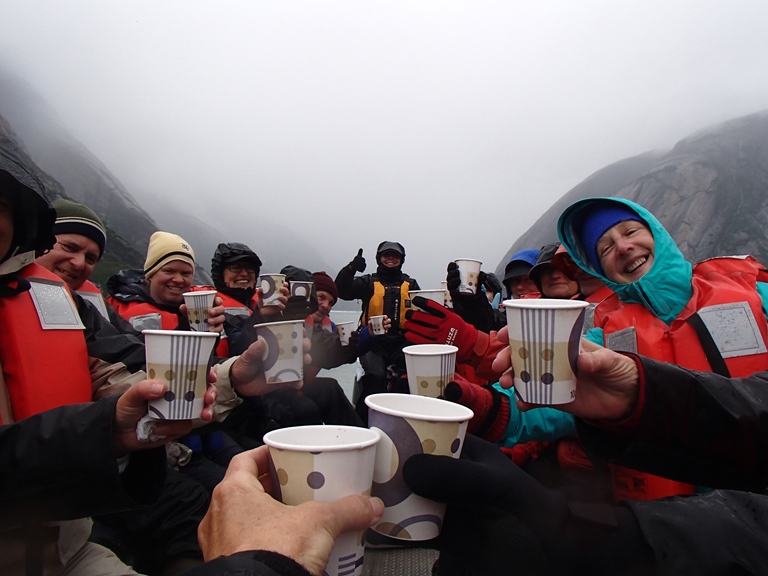 Wrap up warm for a trip around one of the Alaska’s beautiful glaciers in one of the ship’s tender.

Pack a few extra memory cards for your camera – you could easily fill a few gigabytes with sea lions bodysurfing in the waves off Isla Fernandina – as Alaska and Galapagos Islands cruises also include some of the planet's most spectacular natural scenery. Hike to the gentle summit of Isla Isabela for horizon-busting views of the island's lunar landscapes, or rug up warmly and board an inflatable Zodiac to approach the terminal face of Alaska's huge Grand Pacific Glacier. Nearing the glacier usually involves a labyrinthine negotiation of icebergs big and small, and don't be surprised by the crew of Alaskan harbor seals usually keeping a close eye on visitors to their mountain-fringed anchorage.