The once imperial city of Beijing now leads the world as a powerful metropolis and the centre for China's history, culture and commerce. It is here that travellers can experience a truly ancient and modern city all in one. 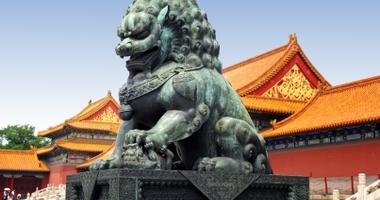 Beijing is China's second largest city, found on the northern tip of the North China Plain. The city itself is incredibly flat and comprises a number of municipalities spanning over 6,000 square miles. As the seat of the Ming and Quing dynasties, Beijing's history is of great significance to China and the city is rich with historical sites. In addition to its world famous landmarks, Beijing also has a growing nightlife and luxury boutique scene which attracts travellers from all over the world.

In Beijing you can visit a number of world famous landmarks that are sure to take your breath away. Start with a walk across the impressive Tiananmen Square, the world's third largest city square, followed by a visit to the Forbidden City and the Palace Museum. Another significant structure to visit is the Temple of Heaven - the famous symbol of Beijing. To learn more about Beijing and China's history, venture to Xicheng District where you'll find the Capital Museum and an impressive collection of art and history displays. Admire modern Beijing by taking a tour of the National Stadium, also known as the Bird's Nest, which hosted the 2008 Olympic Games.

The city's famous Beijing roast duck is hard to resist and there are a range of restaurants that serve the succulent delicacy. If you're looking for the ultimate roast duck experience, head to the Quanjude Restaurant, which claims to be the largest roast duck restaurant in the city.

Beijing's Forbidden City was once the imperial palace of the Ming and Quing Dynasties and includes 980 opulent buildings.

Thank a local in Mandarin by saying 'Ganxie ni.'

From pearls to silk, kites and the latest electronics, you'll find a number of things to buy in Beijing.